As a doctor at KLM Health Services, I regularly get questions about diseases transmitted by mosquitos. The Zika virus is a hot topic right now, and there’s Chikungunya and Dengue, but let’s not forget malaria, which affects 219 million people annually, resulting in 660,000 deaths. This is tragic considering that there a simple measures ensuring that travellers can prevent malaria when visiting high-risk destinations.

While working in Africa and in everyday practice, I am regularly confronted with fables and misconceptions about malaria. I also know that prevention advice can vary from country to country, and even from doctor to doctor. Travellers are sometimes confused by the differences between advice given before departure and advice given on site by locals and in travel guides. In this blog, I’d like to clear things up by addressing a number of facts and fables about malaria.

Malaria is caused by the parasite Plasmodium. There are various types of Plasmodium, at least five of which can cause malaria in humans. After being bitten by an infected Anopheles mosquito, the parasites first develop in the liver of the infected person before being transferred to the blood.

The symptoms of malaria include fever, headache and muscle pain. This is the body’s response to the parasite, which destroys red blood cells. The parasite multiplies in the red blood cells, thereby destroying them, which can lead to severe anaemia and may damage various internal organs. If left untreated, the most severe form of malaria (Malaria tropica, which is caused by Plasmodium falciparum) can lead to all sorts of other serious afflictions (sequellae) and death.

Malaria pills alone are not enough. You should also take other measures. And only applying mosquito repellent certainly isn’t enough. It takes just one malaria mosquito to infect you, and you will find those in the jungle as well as a four-star hotel. It is therefore a good idea to take malaria pills as well as applying repellent.

2) “I don’t take malaria pills, because of all the side-effects.”

The side-effects of malaria pills can be reduced by obtaining good instructions and adhering to them. Fables about side-effects are often based on experiences involving medication that were frequently prescribed in the past, but not anymore. There are various types of preventative medication for malaria, so if there are side-effects, you can always try an alternative.

3) ‘I take the malaria pills along with me and only start taking them if I start feeling ill.”

This is very unwise. Without proper blood analysis, you can never be sure that you have malaria. And if you do have malaria, you require a different dosage with a different type of pills. What’s also risky is that the initial symptoms are very similar to flu and may only present themselves one or two weeks after infection. The disease may develop very quickly after that and, if you don’t recognise the symptoms, it may be too late to get proper treatment and you may end up in coma.

Never underestimate malaria. It should always be treated under a doctor’s supervision.

4) “It’s annoying to keep taking pills so long after you have left the malaria zone.”

This is an exaggeration. The most commonly prescribed malaria pill, atovaquon/ proguanil, has to be taken for a week after leaving the malaria zone. Most other pills have to be taken for four weeks. This is because the pills work in different ways.

5) “Malaria tablets don’t prevent malaria, but ensure that the symptoms are less severe, which may cause the disease to go undiagnosed.”

This is not true. If you take the pills as instructed, they do not prevent malaria parasites from entering your body if you are bitten by an infected mosquito, but they do ensure that the parasites are killed very quickly, before they can cause the disease.

It also bears mentioning that, even if the disease is less severe, malaria parasites can be detected in a blood sample.

6) “I fly to malaria zones so often, it can’t be a good thing to keep taking those pills.”
I hear a lot of cabin and cockpit crew saying this. Over the years, experience has been gained with the use of atovaquon/proguanil over longer periods of time. Although the instructions sometimes say otherwise, medical experts agree that this medication can be used for longer periods of time without additional side-effects, health risks or reduction in the effectiveness of the medication.

7) “I’ll be staying in the hotel, so there’s no risk of me getting malaria.”

Although hotels make every effort to ward off mosquitos, there is a very real risk of catching malaria if you stay at a hotel. Every year, numerous airlines report cases of flight crew who have contracted malaria after spending just one night in a crew hotel.

This is incorrect. According to guidelines from the Netherlands national coordination centre for travel advice (LCR), a mosquito repellent milk containing up to 30% DEET can be used safely throughout the entire pregnancy. Pregnant women are advised to avoid travelling to high-risk malaria areas entirely, due to the serious consequences for mother and child of a malaria infection. If the journey is unavoidable, malaria pills can be obtained which are safe to use during pregnancy alongside mosquito repellent. 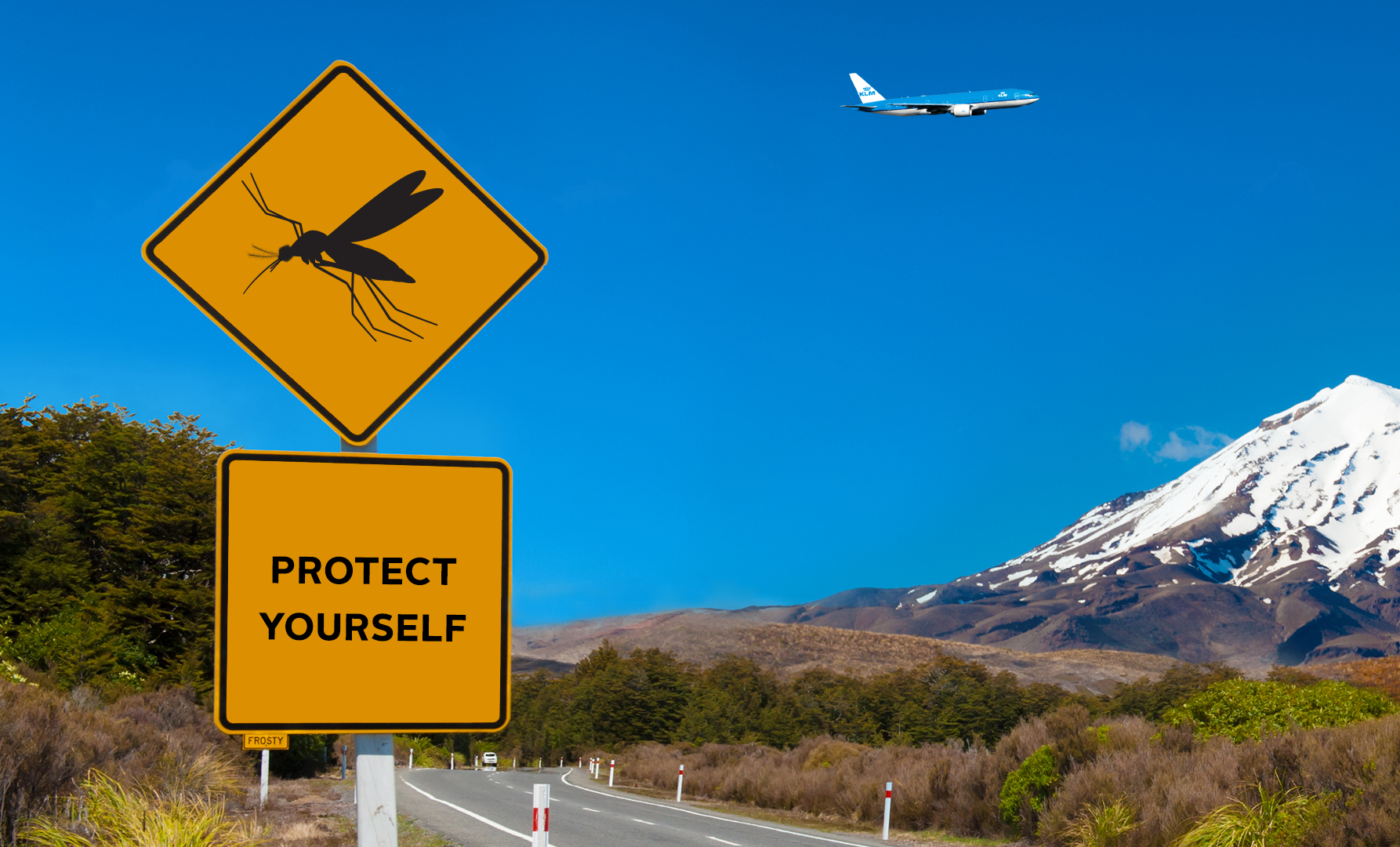 In recent years, there has been a lot of research into the development of a malaria vaccine, partly financed by the Bill & Melinda Gates Foundation. Because malaria is a parasite and not a virus, the development is a bigger challenge than it is when developing vaccines for viruses. Unfortunately, the results have been rather disappointing, which means a malaria vaccine for travellers is probably still a long way off.

Read these other blogs if you want to know more about Zika or desease spreading mosquitos.