The first, and really the only word, that escapes my mouth when I stand at the foot of a waterfall is, “Wow!” The force of ceaselessly cascading water is simply magical. Fascinated by this phenomenon, I’ve made a selection of the most beautiful and spectacular falls in the world.

No traveller to South America skips these. Iguaçu is not one waterfall, but 275! Together they span an enormous 3 kilometres across the Argentinian-Brazilian border. The most famous of the falls is Devil’s Throat (“Garganta del Diablo” in Spanish, “Garganta do Diabo in Portuguese”), which is U-shaped, 150 metres wide and 82 metres high. 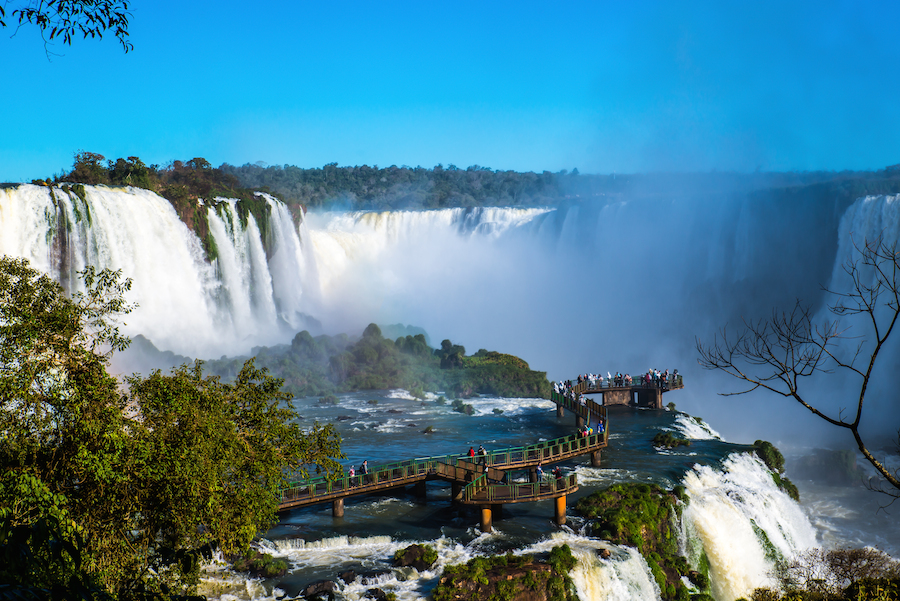 Somewhat smaller, but no less beautiful, is Seljalandfoss in the south of Iceland, about an hour-and-a-half’s drive from Reykjavik. Iceland boasts an enormous number of waterfalls, but at 60 metres high, Seljalandsfoss is the most famous. What makes it even more special, is that you can walk behind it. This waterfall is also illuminated at night, so if you want to avoid the crowds, you could consider visiting in the evening. 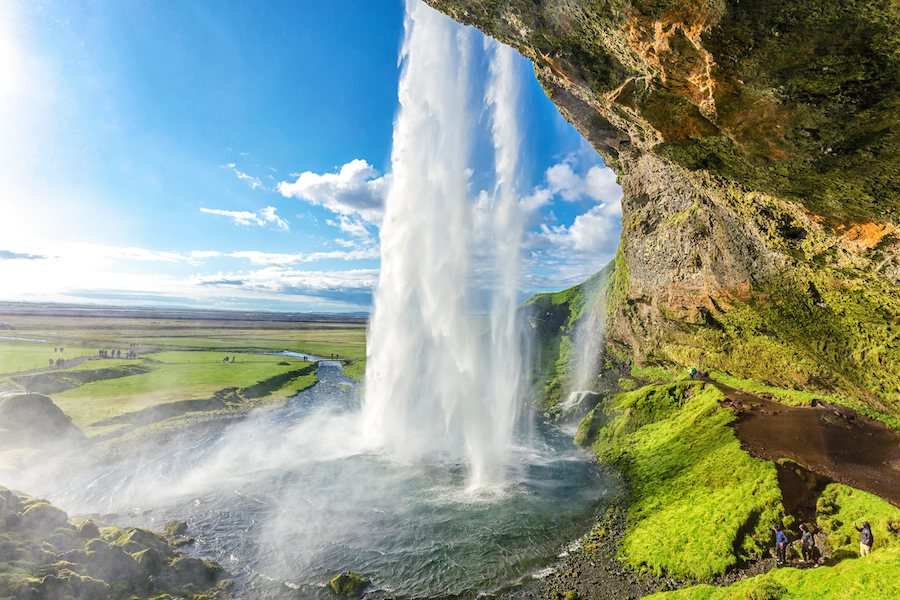 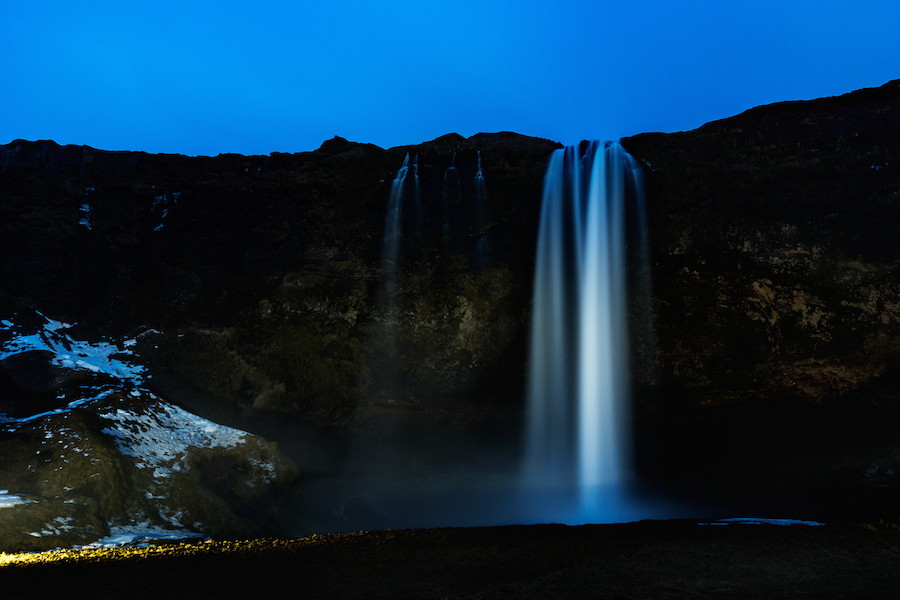 Seljalandsfoss at night lit with spotlights.

This is the highest free-falling waterfall in the world. At 979 metres high, it is Venezuela’s most famous tourist attraction. The waterfall is named after the American aviator-explorer, Jimmie Angel. Although the existence of the falls might have been known to indigenous tribes for thousands of years, Jimmie Angel’s discovery of them from the air put them on the world map once and for all. The waterfall is in Canaima National Park on a tributary of the Rio Caroni, deep in the jungle.

You can take a small aircraft from Ciudad Bolívar to the waterfall or, alternatively, charter a boat. This can be arranged at the airfield at Ciudad Bolívar, but it’s not cheap. Just take a look at the photo…it is worth it! 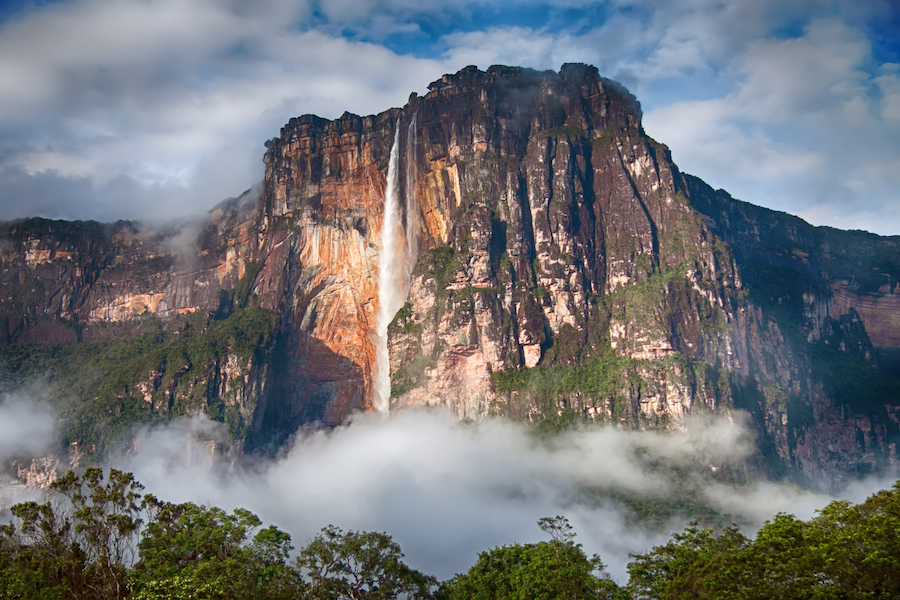 These waterfalls are in a truly fairytale setting in Plitvice National Park in Croatia. This ancient park contains 16 lakes and 92 waterfalls, offering wonderful walks, or the option of a ride in a boat or on a train. The park is a two-hour drive from the capital, Zagreb, and is on the Unesco World Heritage List. Unsurprisingly, when you see the pictures. 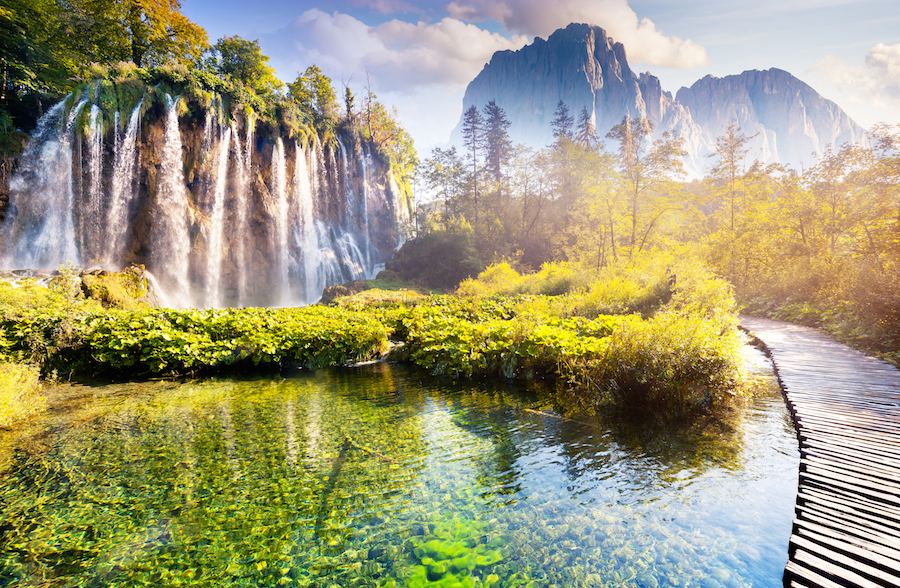 Another Icelandic waterfall, Gulfoss is about an hour-and-a-half’s drive east of Reykjavik. The water here falls in two steps, which generates a lot of spray. When the sun shines, fabulous rainbows appear and the water glows golden. This is what gives Gullfoss its name, “golden falls”. Part of the waterfall freezes in winter, making it the subject of stunning images, like this one. 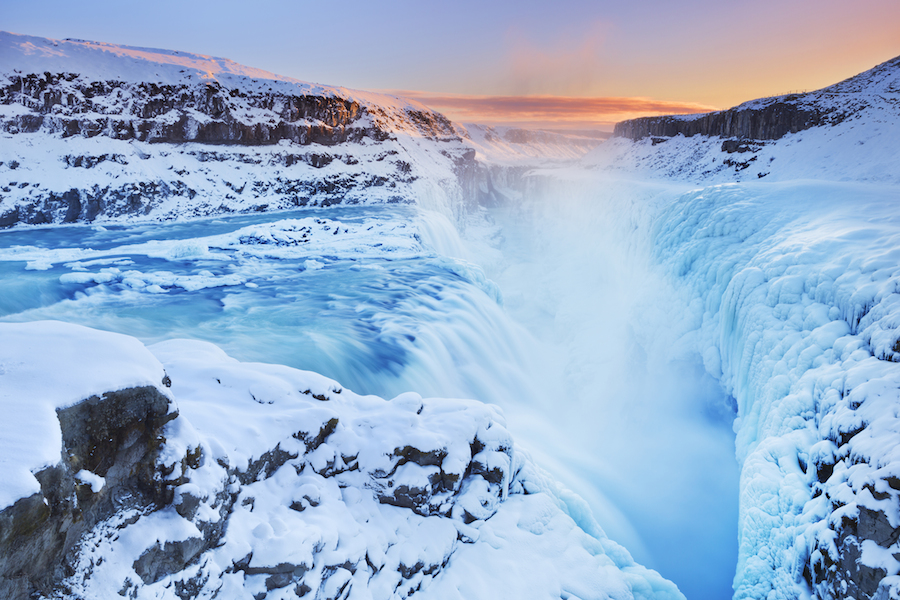 Niagara Falls cannot, of course, be left out. The three falls that make up Niagara Falls – Horseshoe Falls, American Falls and Bridal Veil Falls – straddle the border between Canada and the USA. Compared with other waterfalls, Niagara is not particularly high, just 60 metres, but its fame comes mainly from its width. You can also take a boat trip to get up really close. 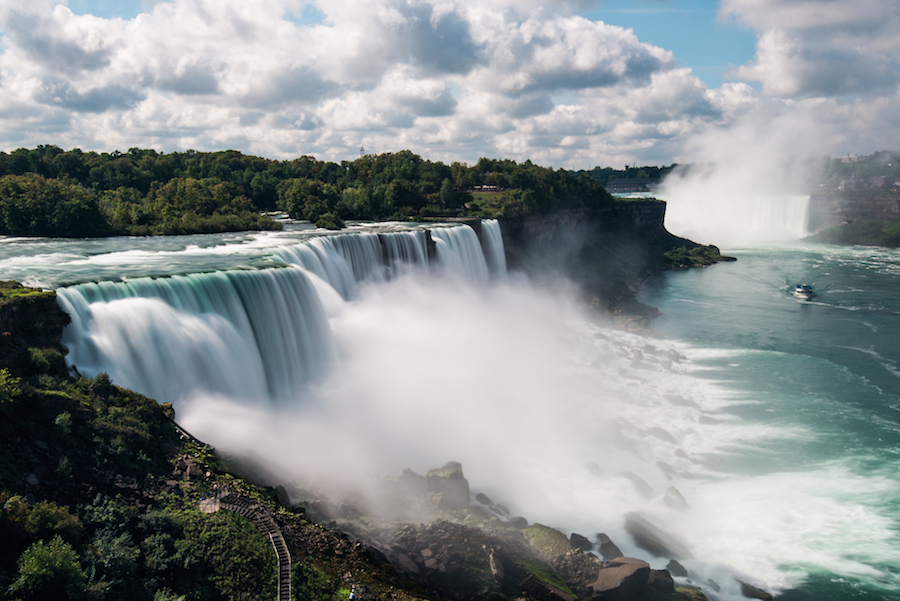 It’s remoteness makes this a perfect place to find peace and quiet. But how does one get there? The waterfall is about 250 kilometres from the capital, Georgetown. The easiest way is to take a domestic flight from the capital to Kaieteur. 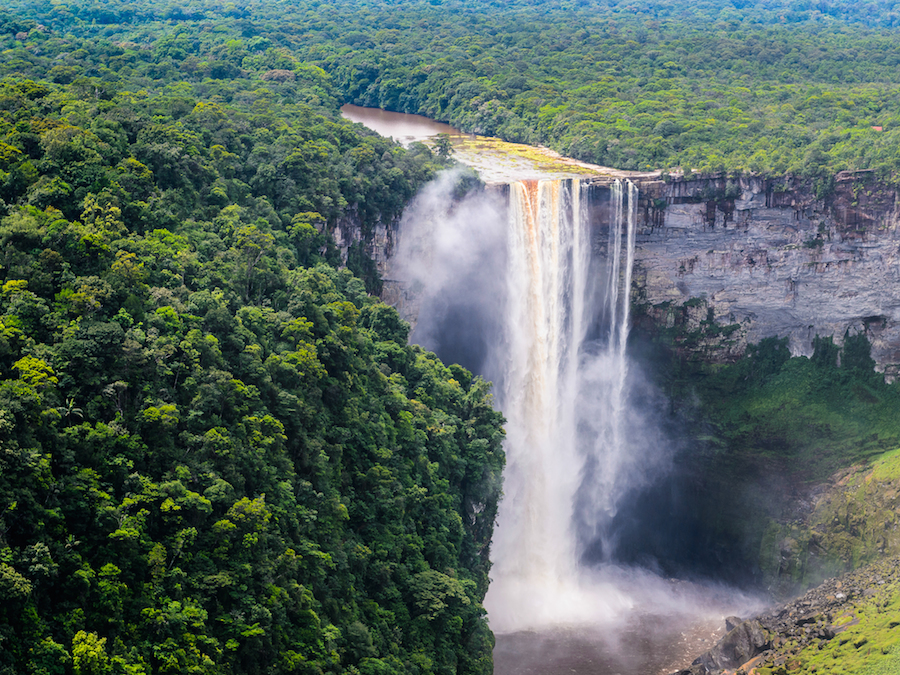 The Ban Gioc-Detian Falls lie on the border between China and Vietnam. Frequent border disputes in the past, have meant that the falls haven’t been open to the public for very long. How do you get there? The falls are in the province of Cao Bang, less than 10-hour’s drive from Hanoi on a good road.

10 hours may sound a long way, but the route through the Ngan Son mountains and villages is stunning. And because it isn’t on a tourist route, it’s well worth putting Ban Gioc-Detian on your waterfall shortlist. 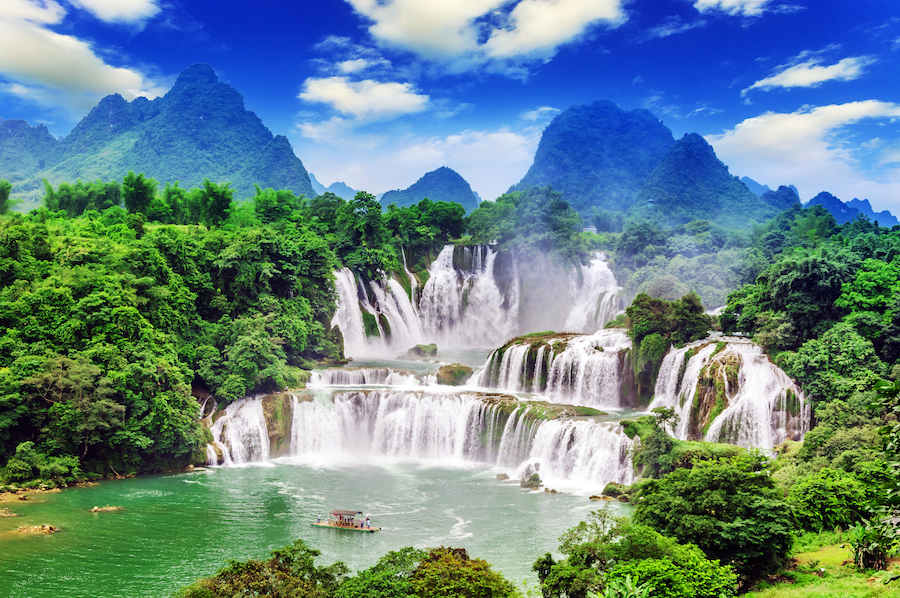