Someone recently asked me what destination I would recommend if she had only two weeks left to live. Spontaneously I blurted out: “South Georgia”. She thought I meant the American state or the country in the Caucasus, but I was in fact referring to the island in the South Atlantic Ocean.

While preparing for my trip to Antarctica (which isn’t officially a country, but I also wanted to set foot on every continent), I met someone online who urged me to visit South Georgia, mainly because the wildlife there was spectacular.

So off I went. As our boat approached the island, I looked out over the ocean in the first light of dawn. The crew had promised that we would be visiting a little piece of paradise. The island was once described as the “top of the Alps, sliced off horizontally and placed in the South Atlantic Ocean along with its glaciers and eternal snow.”

When rays of sunlight finally fell through the cloud cover onto the snow-bound, floating mountains, my heart skipped a beat. Such rugged magnificence! I spent five awe-inspiring days on this unique island.

I’m standing at the edge of a plain where approximately half a million (yes, that many!) king penguins are huddled together. They’re very noisy and the stench is almost unbearable. In among the black and white mass, I see patches of brown. Those are baby penguins that haven’t grown proper feathers yet.

The scene is unexpectedly overwhelming and deeply touching. My cheeks are wet with tears. Just as I’m trying to get a grip, I notice that the man beside me is crying, too. He’s been a wildlife photographer for 30 years and, when I give him a questioning look, he whispers that he has never seen anything this impressive. 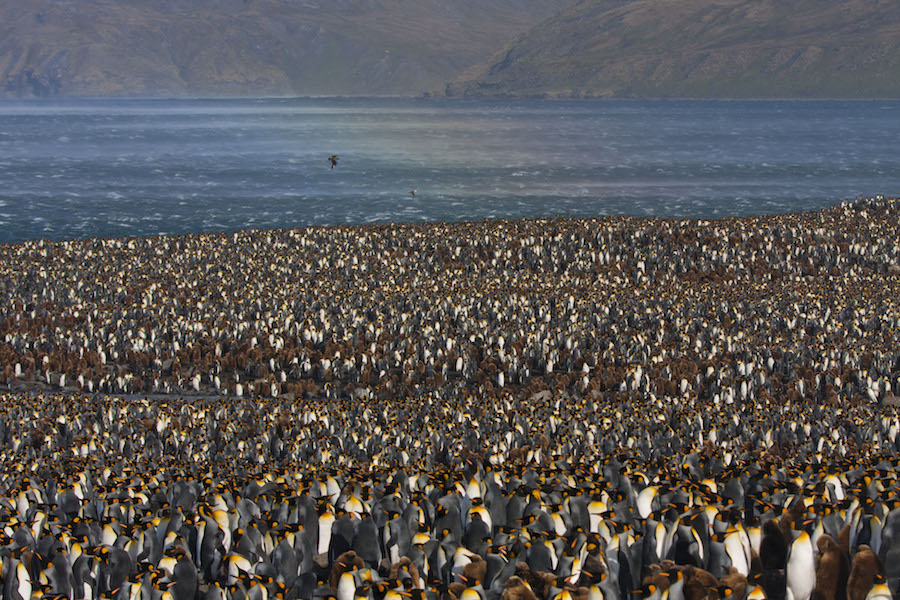 In the settlement of Grytviken (summer population: 14; winter population: 4), we visit the grave of Ernest Shackleton in the little cemetery beside rusting containers that date back to the whaling era. After being stranded on Antarctica, Shackleton and five other men sailed a sloop to South Georgia to get help. This is still considered one of the greatest feats in nautical history. The explorer eventually died on this island many years later.

On our way to Antarctica, we see the first large icebergs floating around near South Georgia. A truly memorable sight. The sea around the island never freezes up, but the water is cold enough to see majestic icebergs floating by regularly. 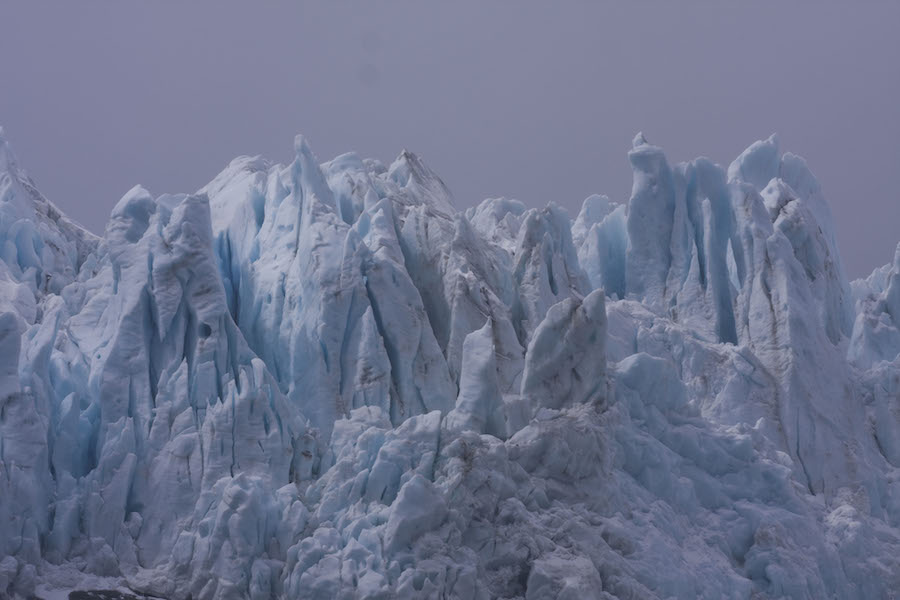 When Shackleton and his party landed on the south west coast of the island, he still had to cross the mountains to reach the settlements on the north east coast. We hike the last section of this historical trail through a landscape dusted with a fresh layer of snow during the night, ending up in Stromness between the elephant seals and whale oil containers 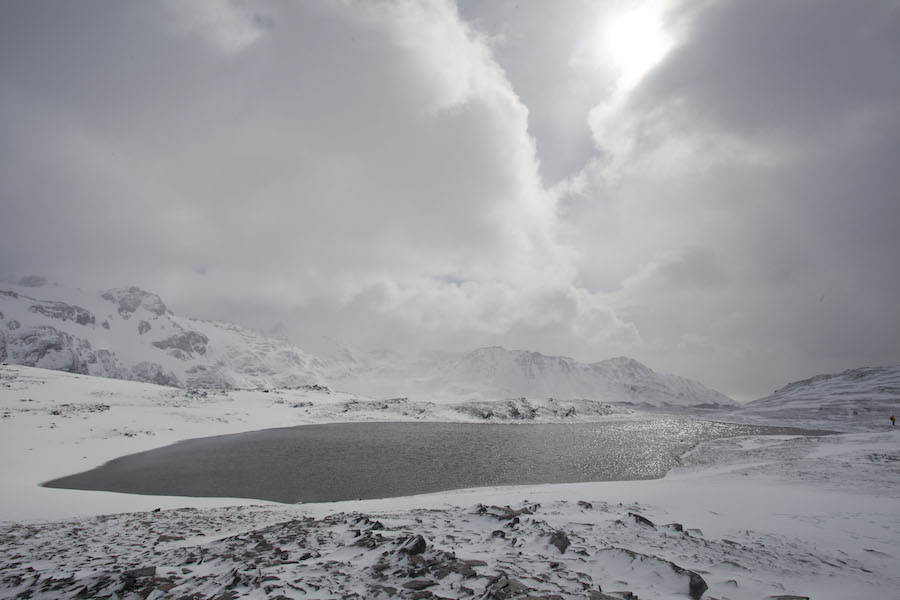 South Georgia has deep fjords and, because the island is so sparsely populated, sailing through them offers a breath-taking encounter with unspoilt nature. Our final excursion on South Georgia sees us exploring Drygalski Fjord, on the south-eastern reaches of the island, where the glaciers came tumbling out of the mountains into the ocean. The end of the fjord is marked by a massive, blue-white mass of ice.

6. Kayaking with seals and such

As we paddle our kayak across the crystal-clear waters, we see animals swimming around us, under us, beside us. Sometimes their heads pop up just ahead of our prow. Fulmars, sea elephants, seals and all sorts of penguins. They all seem to have no fear of humans and come so close that you can almost touch them. 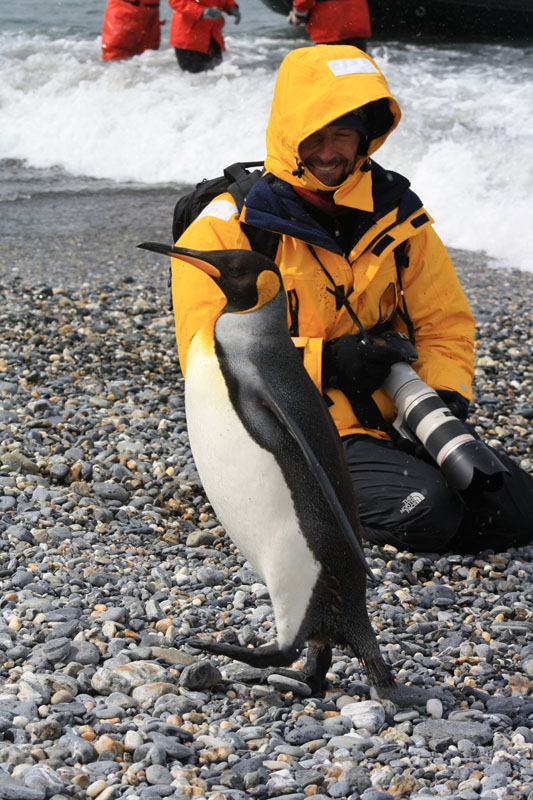 The biggest glaciers are located at the tops of mountains on this remote island, there are still plenty along the coastline. The glacier at Gold Harbour seems to fall from the steep cliff into the sea. But here, too, climate change has seen glaciers shrinking. In the past, the ice ran all the way down into the water. 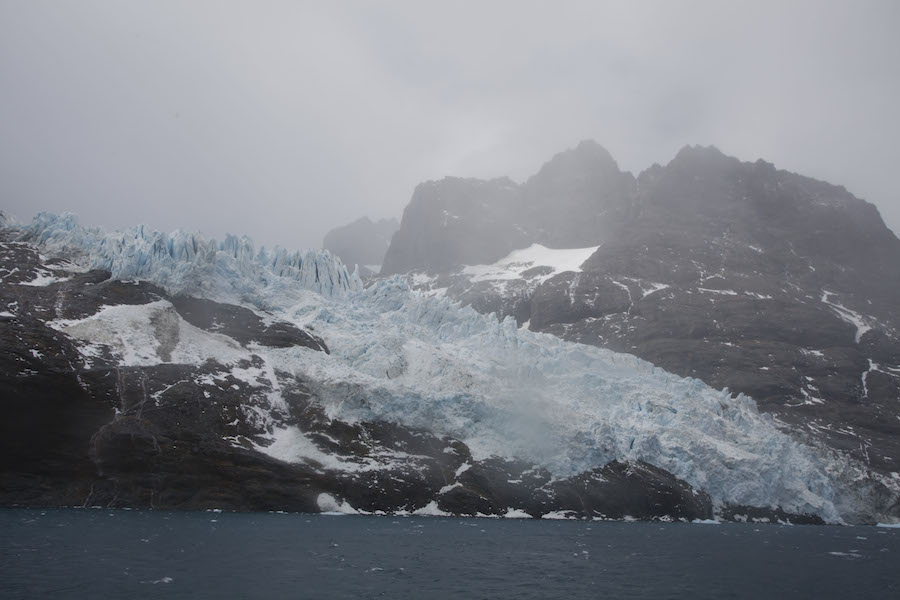 The wind picks up fast during our visit to Saint Andrews Bay, which has one of the island’s largest penguin colonies. We only just manage to reach our boat with the last Zodiac. The sea around our boat is whipped up by 94-knot winds and we get a sense of the extreme weather that is so characteristic of this region. But the storm does not diminish the beauty, with rays of sun shining on ocean spray and an unexpected rainbow decorating an iceberg. 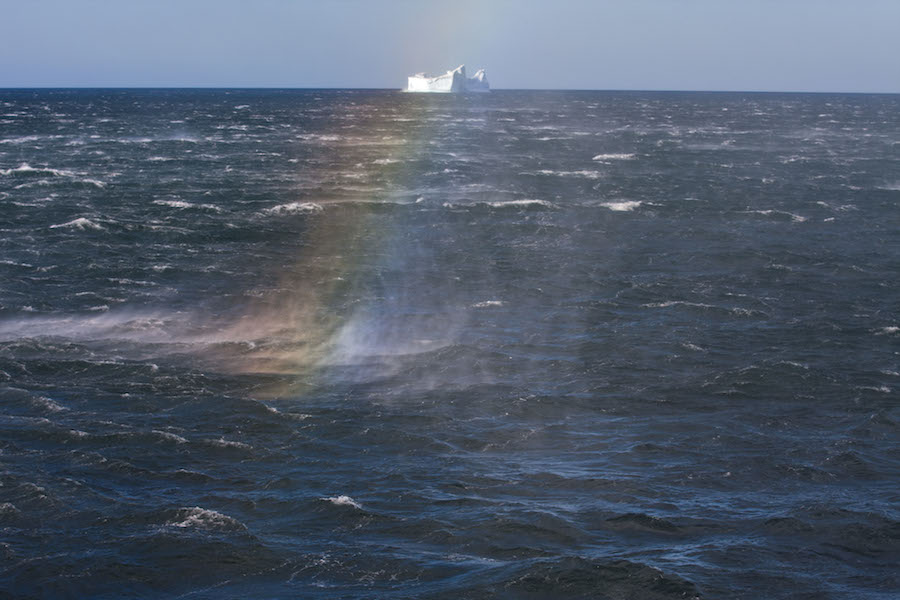 In the early 20th century, Norwegian whalers settled in this British protectorate. The gargantuan beasts were almost hunted to extinction. On the east coast of South Georgia there are remnants of this industry: large round containers, factories and railway lines, as well as huge whalebones scattered along the coastline.

How to get there?