KLM Royal Dutch Airlines will celebrate its centenary this year on 7 October, presenting the perfect opportunity to look back – while also casting our eyes ahead. What have we achieved over the past 100 years? And above all, what exciting things does the future hold? For now, let’s start at the beginning. “A First Time for Everything” is a short series about the fact that things that are now everyday events had to start somewhere. In this instalment: The KLM Head Office.

Like most things in business, it pays to start off small and the newly established KLM was no exception. KLM’s first head office, which opened soon after the company was founded, comprised three rooms in the building at 13, Herengracht in The Hague. The administrative director, Albert Plesman, moved in with a three-person staff on 1 November, 1919.

The rooms were located on the first floor of the building, which also housed the Odeon Theatre. This former residential property is a typical example of the 19th-century’s eclectic architectural style, which took off after 1850. Eclectic architecture incorporates a variety of styles in a single building. The Hague expanded rapidly after 1850 and many examples of this architectural style can still be seen in the city today – including along the Herengracht. The artistic history of the building began in 1898 when the Hague Art Circle  – an artists’ society – took up residence there. It focused largely on modern art and exhibited works by Vincent van Gogh, Jan Toorop and others in its galleries. 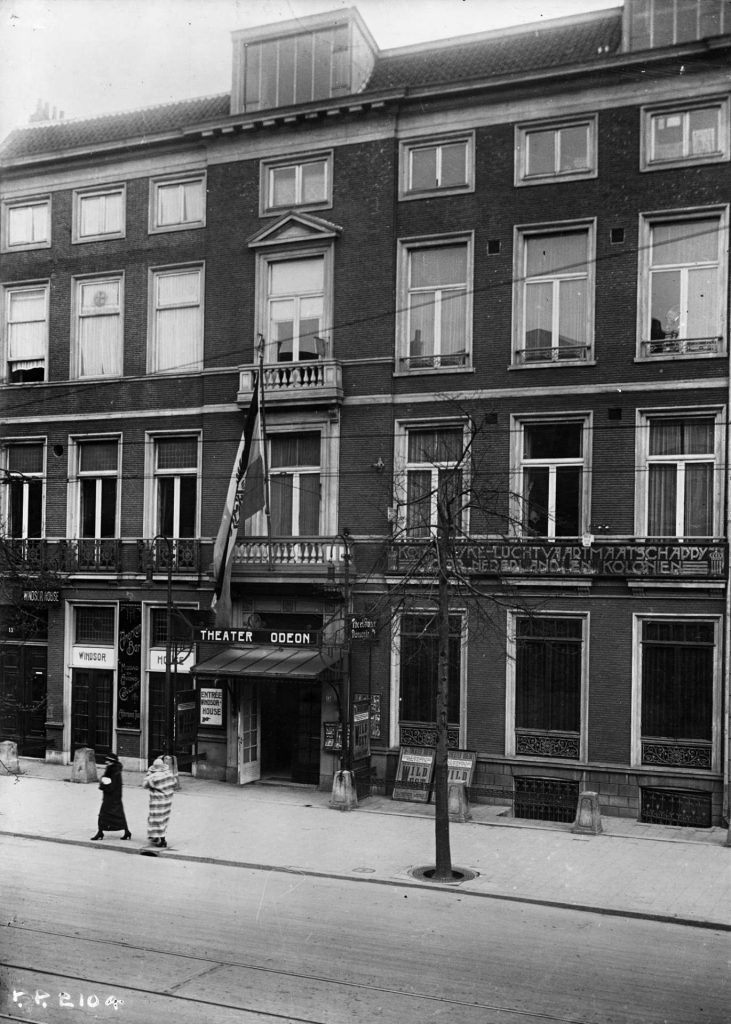 The building was also home to the Verkade Theatre. One of Eduard Verkade’s first plays, produced with his “Haghespelers” (Hague Players), was performed in the main gallery, which was converted into an auditorium for the occasion by the Hague Art Circle. Verkade was a leading innovator in theatre at that time. In 1913, the building was bought by the same company that ran the “Gebouw van Kunsten en Wetenschappen” (Arts & Sciences Building), which was located around the corner in Zwarteweg, adjoining 13, Herengracht. Its aim was to add a theatre to the Arts & Sciences Building. The Verkade Theatre was later renamed the Odeon Theatre. 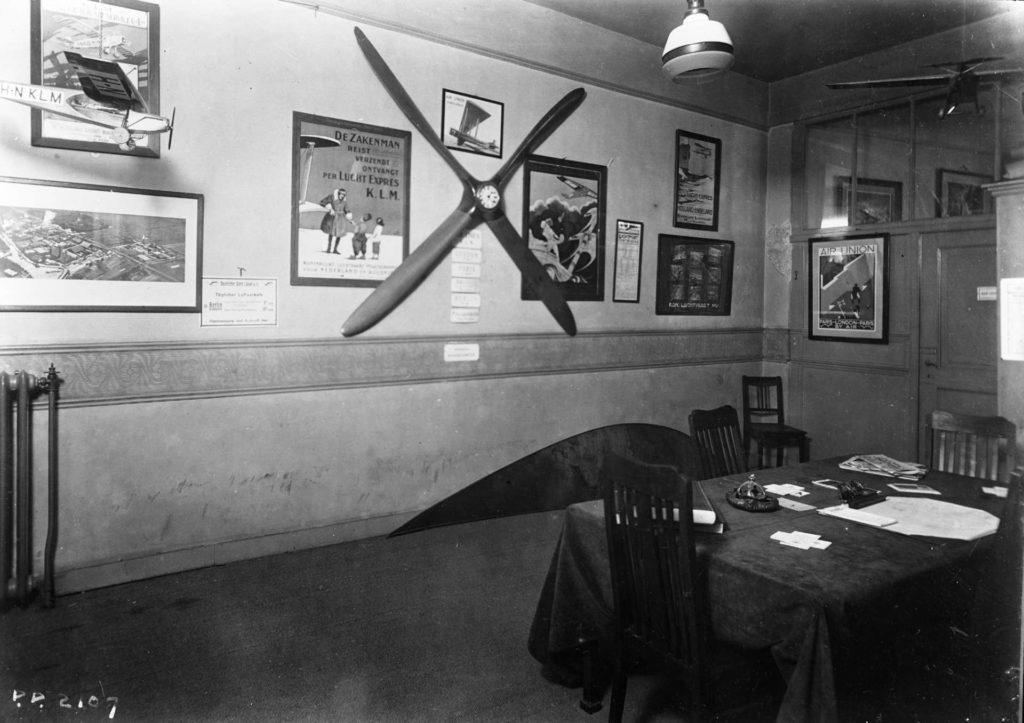 KLM maintained its Herengracht offices until 1925, by which time it had expanded to such an extent that it needed new premises, which were found in Hofweg. The move took place on 11 May of that year. This was marked as an “important milestone” in the 1925 annual report, which went on to state: “The new offices on the Hofweg have a spacious and modern design that has contributed a great deal to the smoother and more reliable execution of the ever-expanding range of administrative and management tasks. The information office in the hall is also a great new asset.”

Hairdresser’s and a supermarket

Several businesses have had offices in the Herengracht building since then. Nowadays, the ground floor houses a hairdresser’s and a supermarket, and the high-ceilinged floors above have been converted into apartments. 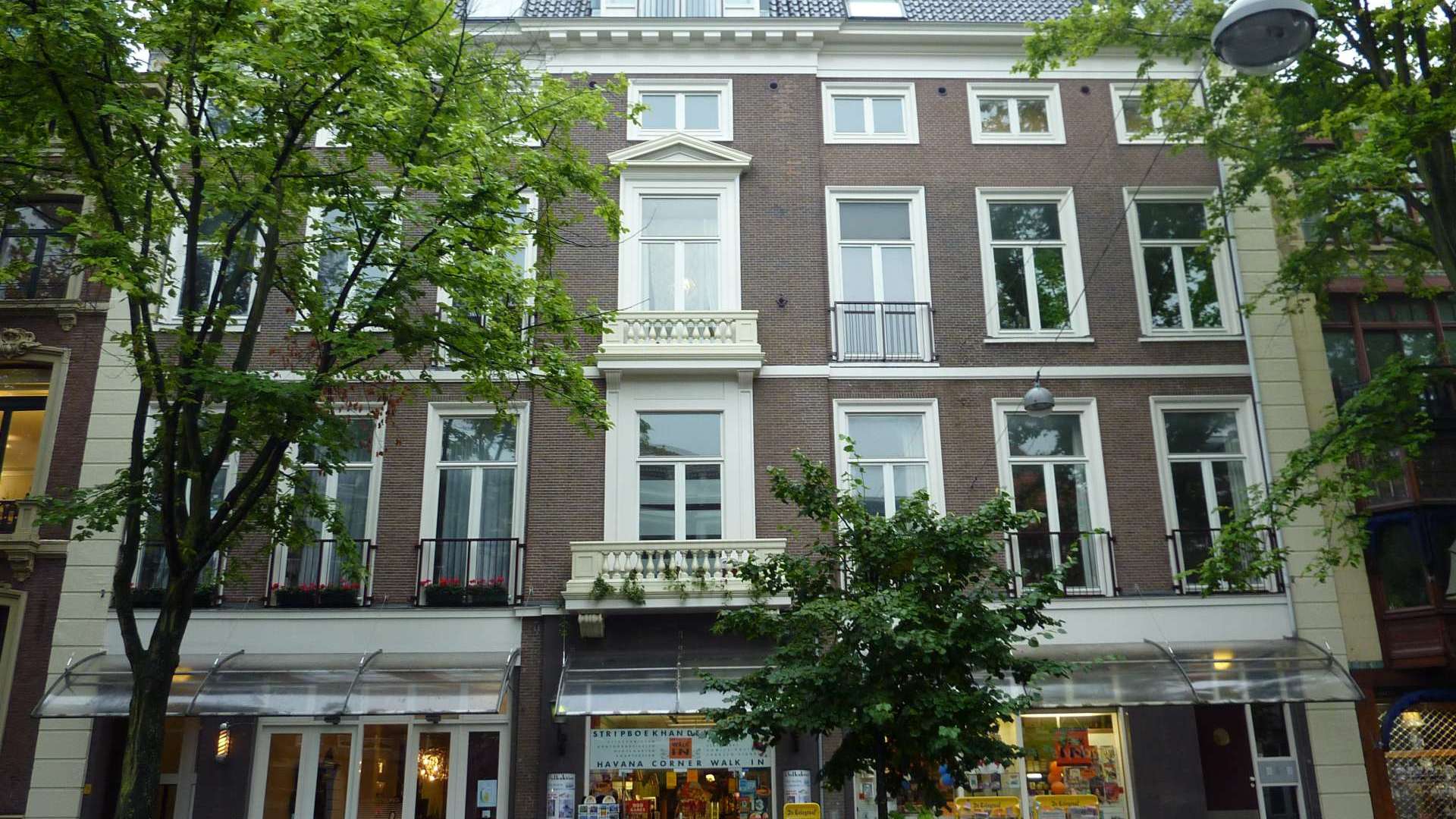 If you like this, you might also want to read: KLM’s Third Head Office in The Hague.

Does this blog look familiar to you? Yep, that’s right. We’ve posted this story in 2015. So this actually is a repost. But it’s too good not to be reused – especially with our centenary coming up, right? :-)