Up until the Second World War, another airport was in use in Holland, besides Schiphol. Waalhaven Rotterdam had been one of KLM’s bases from the very beginning. And as well as being a destination in the domestic network, flights to London and Paris also flew from here. The station building at Waalhaven was officially opened on 18 March 1922. But KLM used the former military base already for its flights.

Neither Schiphol nor this Rotterdam airfield were exactly easy to get to in the early years. At Schiphol, the route to the airfield was along a dirt track from the dike. Anyone familiar with the Netherlands and its soggy polders, will easily be able to imagine how muddy it could get. To get to Waalhaven, passengers first had to be collected from the Coolsingel passenger office in the centre of Rotterdam and taken to the south side of the Waalhaven docks. They then had to take a small ferry across to the other side of the river and walk a little before finally reaching the charming station building.

This building was made entirely of wood. It was not only a station building, but also a hotel, cafe and restaurant. And there was good reason to house a restaurant here; the airfield attracted a lot of day trippers and the terrace was frequently full, especially in good weather.

Besides enjoying a drink or a bite to eat, visitors were able to go on a pleasure flight. In 1922 alone, more than 50,000 people visited the airfield, 2,500 of whom took a pleasure flight. Turnover amounted to almost 10,000 guilders, of which only 3,300 guilders went to KLM. The rest ended up in the Rotterdam City Council coffers. 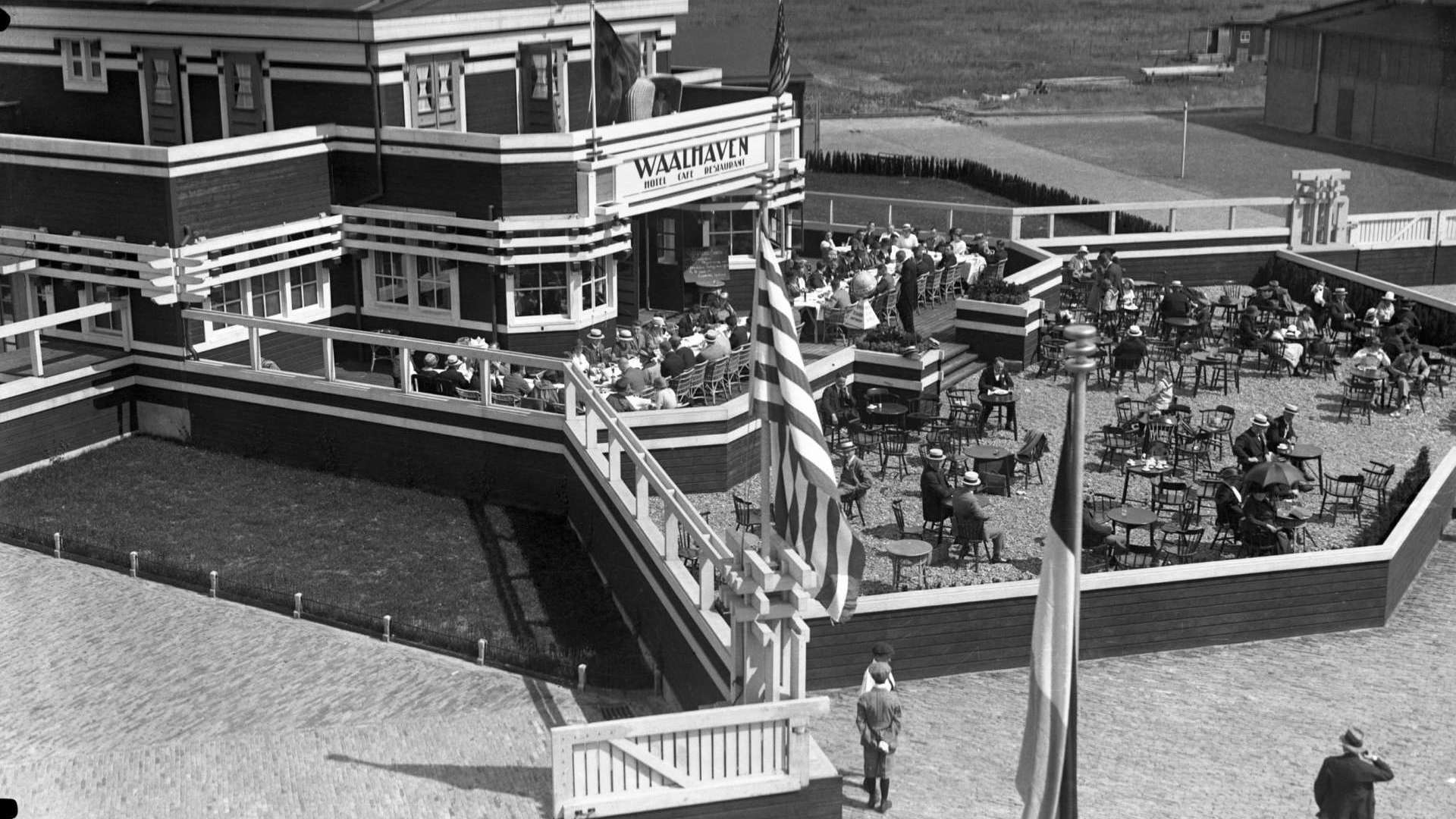 The remote location was, therefore, no obstacle for visitors on a day out. The airfield at Waalhaven also became the cradle of the KLM Technical Department, which became based there in 1922. At that time the facilities were better at Waalhaven than at Schiphol. Yet, eventually, Schiphol came to play an ever greater role in aircraft maintenance and by 1935 KLM’s maintenance work had become concentrated around Schiphol. Only minor technical work continued to be carried out at Waalhaven.

Despite great efforts to turn Waalhaven into a fully operational airfield, activity there gradually tailed off. One major disadvantage it had was its fairly inaccessible location on the left bank of the River Maas. 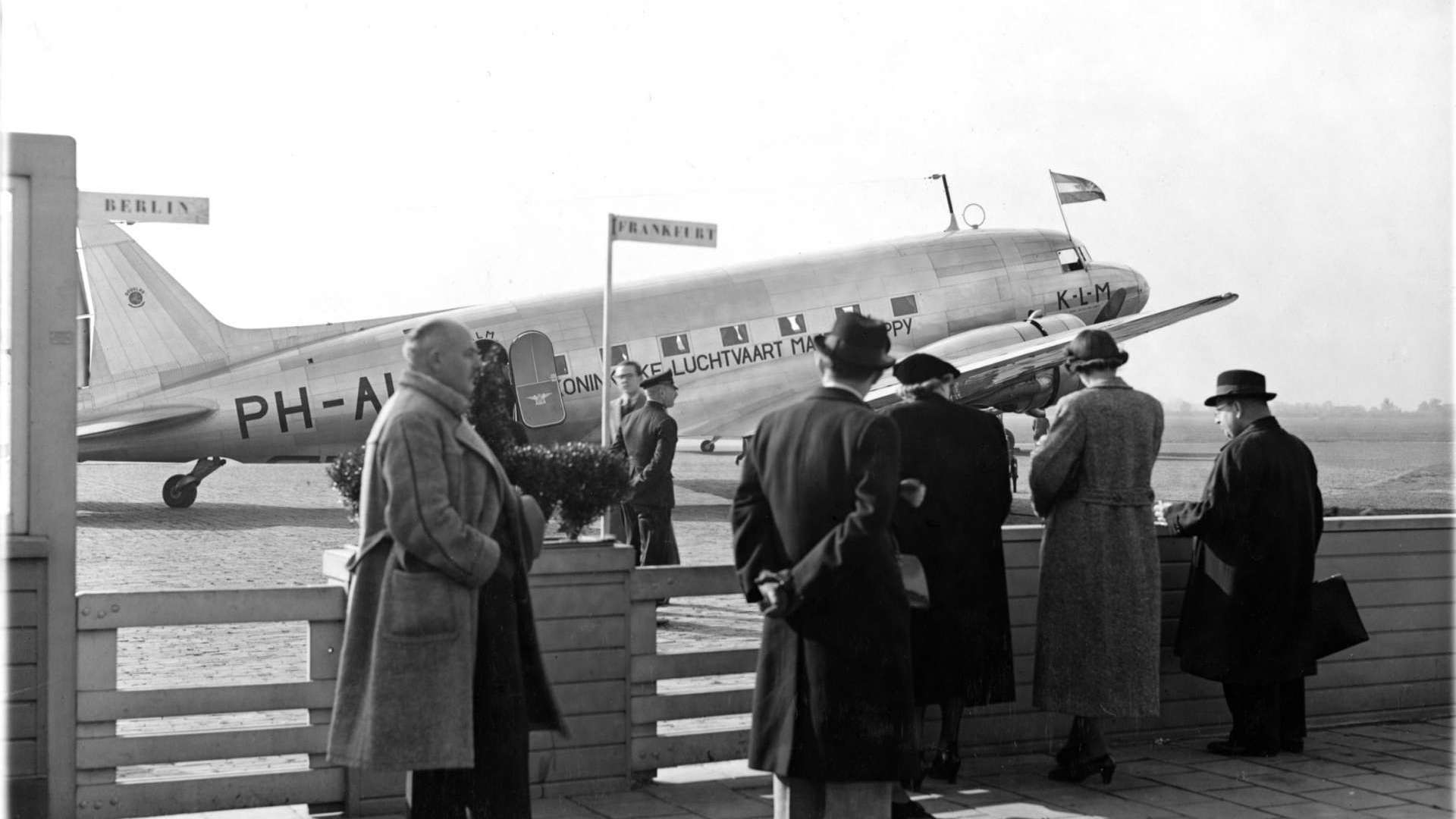 At the end of the 1930s, plans were made to develop a new Rotterdam airport to the north of the city in the Zestienhoven polder, which would take over from Waalhaven. But when mobilisation came at the outbreak of World War II, the airfield came to be used solely for military purposes and most of its contents were moved to Schiphol. Waalhaven’s role as a civil aviation airport was, however, already at an end by then.

At the start of the Second World War, the airfield was razed to the ground by aerial bombing raids, along with much of the city and docks. It was never rebuilt and after the war KLM’s operation became concentrated around Schiphol and Waalhaven was redeveloped as an industrial area.