Let me start the new year by wishing you all a happy and healthy 2015. In this blog, I’ll be telling you a little about the building where I work: the new KLM Head Office in Amstelveen. If you think we always had our headquarters at or near Schiphol, you’d be wrong, because KLM only moved into its hypermodern, new offices in March 1971, shortly after celebrating its 50th anniversary. Before that, we were based in The Hague.

The new head office was designed by Rein Fledderus, who rose to fame primarily in Rotterdam. He was one of a number of architects who contributed to the rebuilding Rotterdam’s city centre, which had been devastated during the Second World War. In designing the KLM Head Office, he had to take into account conditions stipulated by the Municipality of Amstelveen. The main one being that the building should not be too tall, because the surrounding buildings were (and are) relatively low, as KLM Head Office is located in a residential area, within walking distance of Amstelveen’s old town centre. 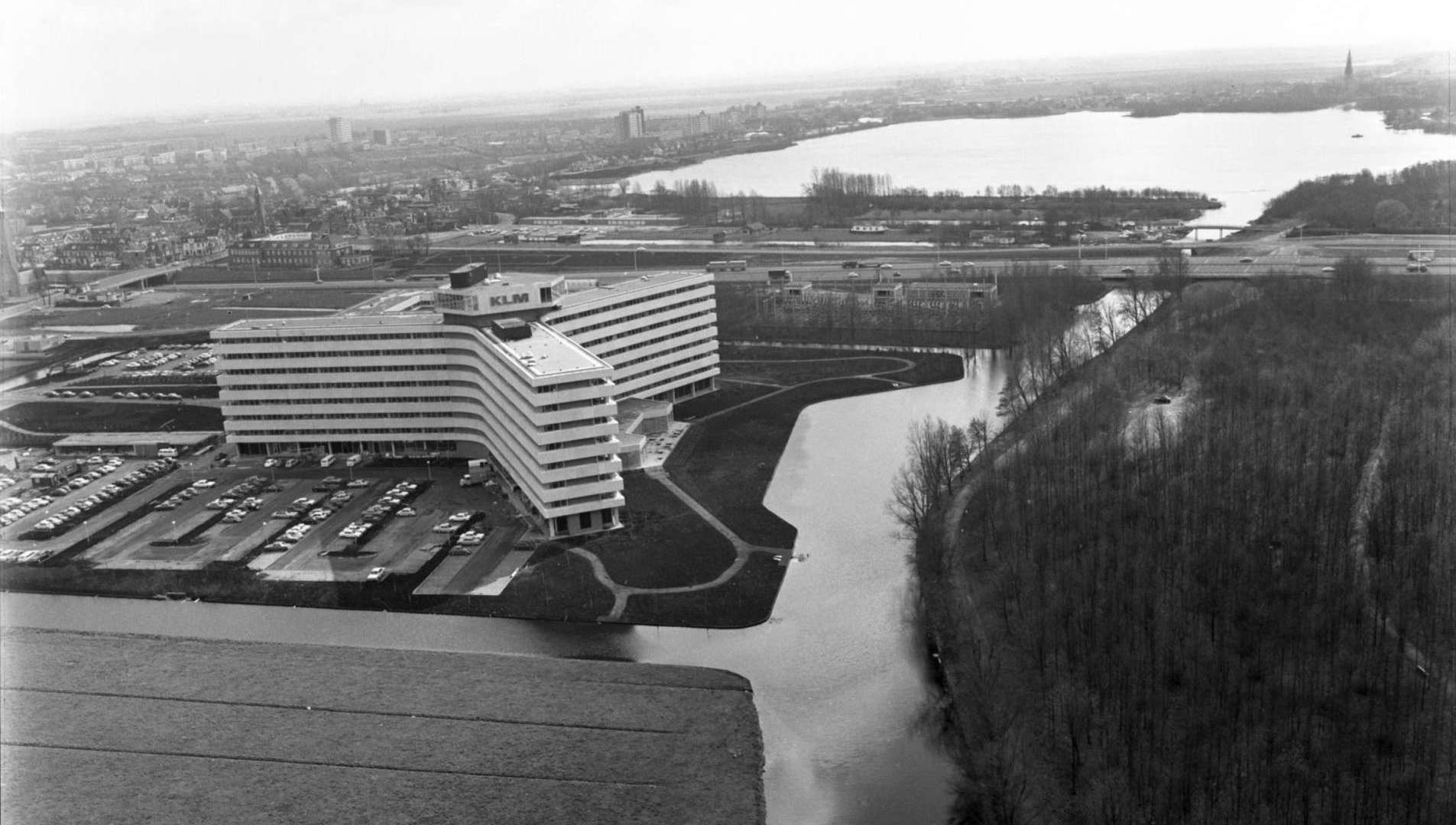 To ensure that the building was large enough, Fledderus opted for a star shape, which some have compared to an aircraft propeller. Furthers specifications included a computer centre, power facilities, executive parking, a guard house at the gate, several on-site homes, bridges and a bike shed. In short, it was much like a small village. The aerial photo shows the building shortly after it opened. At top right, you can see De Poel, which is a small lake that was created by filling an old peat bog. The extraction of peat was a key source of income for the original inhabitants of Amstelveen. The pond is now used for recreation. At top left, you can just see Café Roemer and part of the old town centre. 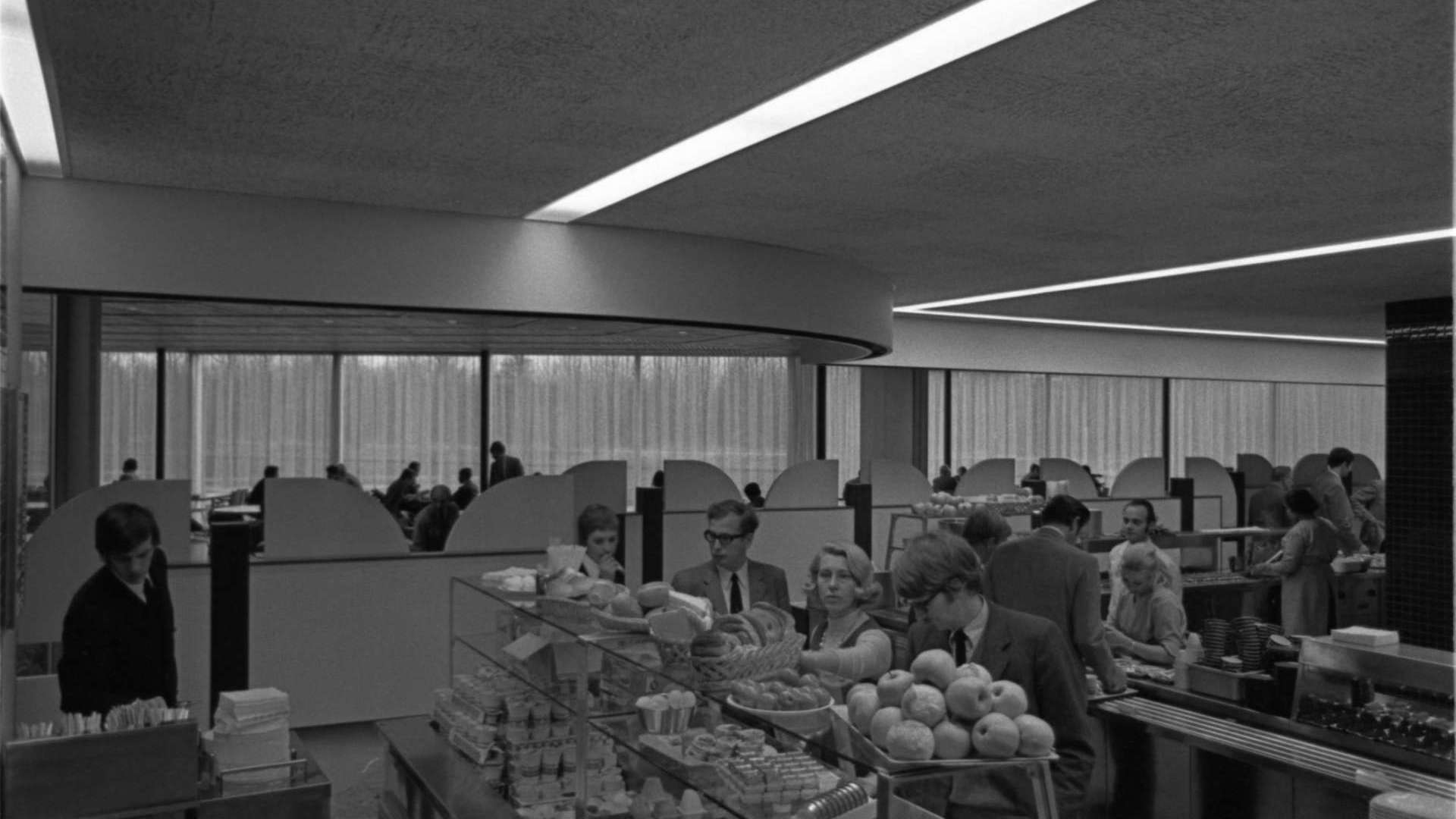 The first stone was laid in the lobby of the building on 7 October 1969, the day of KLM’s 50th anniversary. The standard office space for the 1,000 KLM staff was a room with three windows, two desks, a double filing cabinet, and a wardrobe, which was located beside a glass panel on the corridor side. The open-plan office was a novel feature. And of course there was a modern canteen in the building, as well as a staff travel agency. Sadly, architect Fledderus never saw his building in use, as he passed away in 1970. During the massive renovation undertaken in the 1990s, an eighth floor was added and the interior was completely revamped. 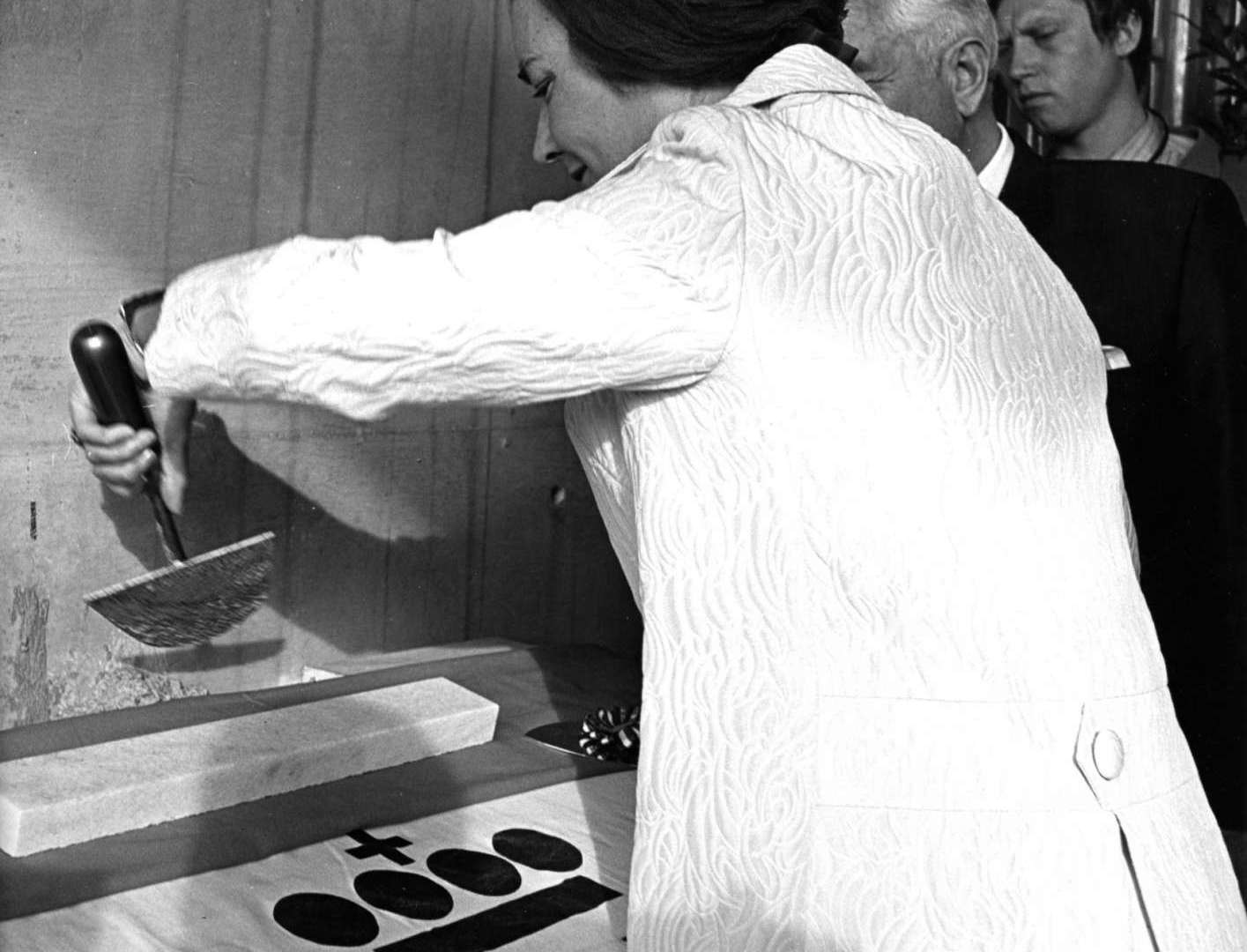 Thanks to rapid advances in automation technology, the computer centre, measuring 60 by 60 metres, became obsolete. It was demolished in 1995, because KLM had moved its automation services and the building was deemed unsuitable for any other purpose. The site is now a large lawn, featuring the KLM logo spelled out with various types of plants. The logo is easily visible from the air, but only from aircraft using the Buitenveldert Runway. If you have a window seat on the left-hand side of the plane, you get a great view of the logo as you come in to land. And if you look carefully at the 9th window from the left on the 6th floor, you may see me writing my next blog.