I couldn’t find my photos of Florence. I took them sometime last century, when digital photography was still a fuzzy joke. In those days, you dropped your roll of film at a special shop, waited a week for them to print the photos, viewed them once or twice, and then tossed them  into a big box full of other discarded memories. Well, that’s what I used to do. As did my wife, the professional traveller, who also has three big boxes full. We ploughed through the avalanche of images together. 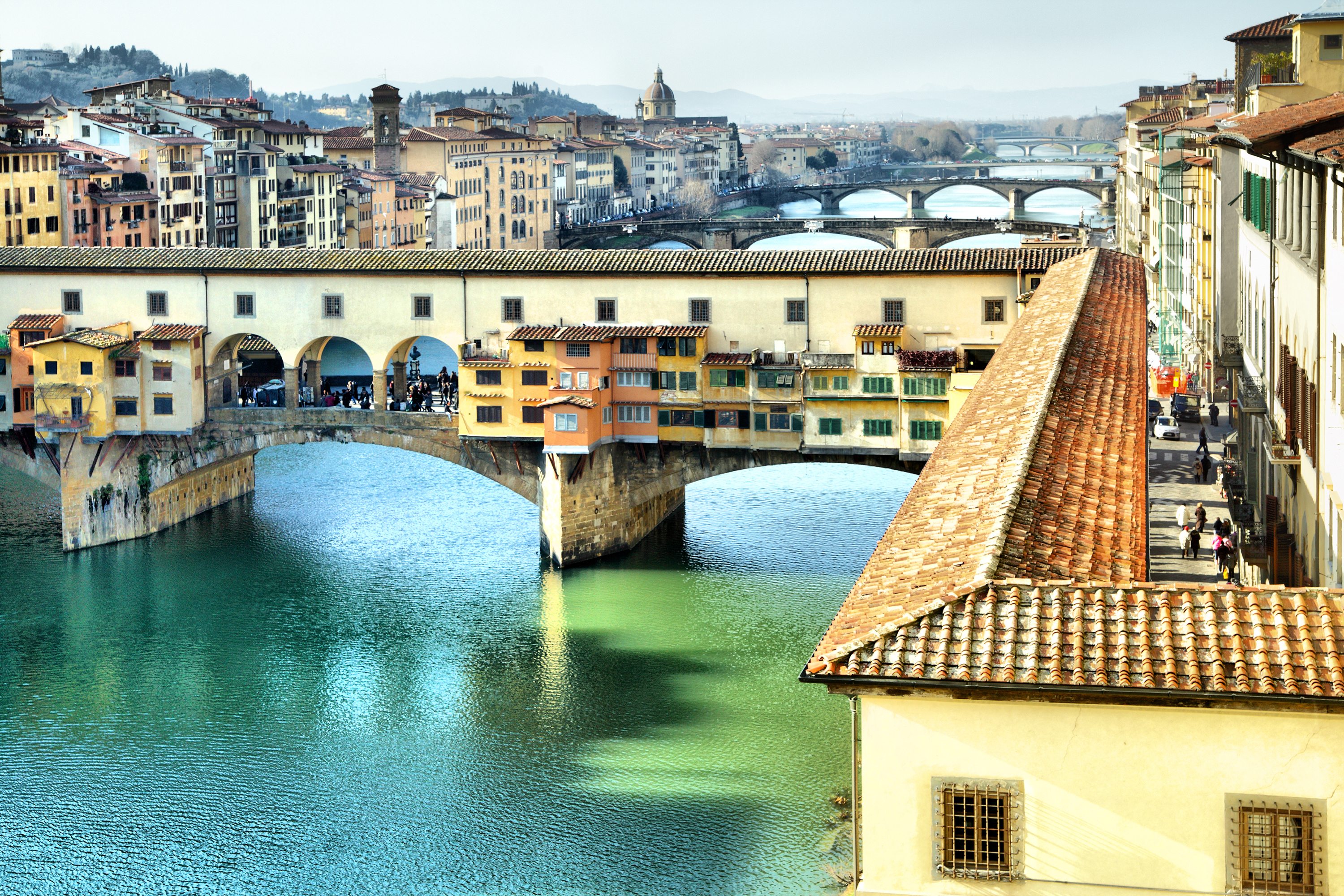 “We’ll need a second house if you ever paste these into albums,” I said.

“I think this might be Prague,” she said, gazing at a photo. “Or Budapest.”

“The receipt booklet I stole in Tuscany!” 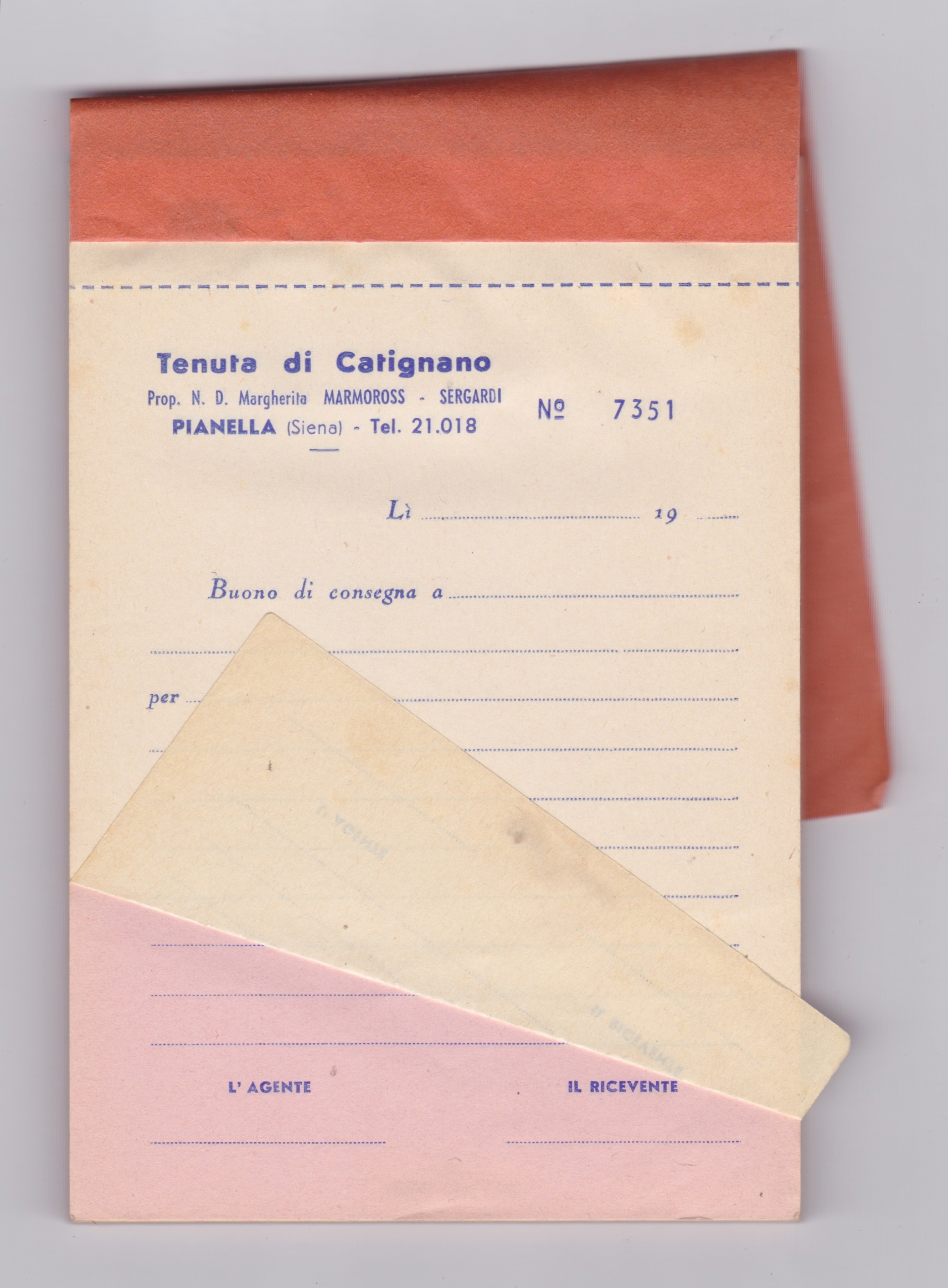 I’m not even sure it was stealing. There were piles of them lying in a box I found in one of the crumbling outbuildings that surrounded the courtyard of the palazzo we had rented with friends. Part of the roof had collapsed and the boxful of booklets was fighting a losing battle against a landslide of broken furniture, rusty farm equipment and other bric-a-brac all tumbling over itself to stay out of the rain.

What drew me to the booklet were the old-fashioned colours: the faded orange cover and the aging pink slips. You could almost hear “l’agente” saying to “il ricevente”: “Sì, la rosa è la vostra sicurezza,” or something to that effect. Perhaps I even had some premonition that I would one day write about the booklet, weaving a story of love lost and receipts issued in a Tuscan villa at the turn of the century.

More practically, in retrospect, the booklet provides clues as to where we were staying. I know it was somewhere between Sienna and Florence, because I recall visiting both cities, but I really have no idea what the place was called.

So I googled “Tenuta di Catignano”, which returned only five hits. The first four linked to sites selling rather expensive wines labelled with that name, dating from the late 1960s and early 70s. Maybe I would have found a couple of these bottles if I had looked harder among the bric-a-brac. All of which led me to conclude that the receipts were probably used for the sale of wine. Call me Sherlock.

But I truly hit the jackpot with the fifth link, which whisked me to an article on Baronessa Margherita (Marga) Sergardi Marmoross, whose name also appears on the receipt. Unfortunately, I couldn’t copy and paste the Italian text into Google Translate, but I did find another article on Margherita Sergardi, which explained that she had been an actress and poet who had been very active in theatrical circles in Sienna, heading the school of dramatic arts and co-founding the Piccolo Teatro di Siena. I also found a report that the baronessa had passed away in 2011 at the age of 92. Here’s a superb photo of her, taken sometime in the 1950s. 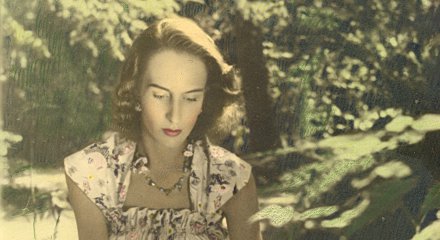 Looking at her smooth and noble face, I recall the lofty ornate ceilings and decorative murals that decked our walls, and I can almost hear her heels, handcrafted by the best cobbler in Milano, click-clacking on the well-worn marble of the palazzo’s passageways.

I’m not sorry I took your booklet, Baronessa. Without it I could not have shared this wonderful snippet of history. In fact, it has reminded me why I so love visiting Italy – the rich vein of antiquity and adventure, art and culture, just waiting to be discovered, even in an old, damp cardboard box in a ramshackle outbuilding.

Which brings me to the last clue on the receipt: the place name “Pianella (Siena)”. I’ll leave it to you, dear reader, to google that and map out your own Italian voyage of discovery. Perhaps you could start in Florence. Please take some photos while you’re there. And feel free to post them below.