Back in 1960, the expression “Intercontinental Flight” deserved capital letters. Certainly, the longer trips to Asia felt like world tours complete with all the layovers and night stops, whether at a KLM hotel or elsewhere. For instance, a flight to Indonesia was a trip filled with remarkable moments, and which took several days to complete. It also involved crossing the equator.

From that moment on, you were officially in the Kingdom of Neptune, according to myths of those lands. It was the norm to undergo an initiation ritual—a kind of cleansing—in which the god Neptune himself came on board to cover a few questionably lucky passengers with soap and then rinse them off. Its origins go back to the shipping world, but aviation took the tradition over. In the event of an aircraft, the task fell to a crew member dressed as Neptune, who subjected the passengers—ladies included—to the cleansing ritual.

This memorable moment did not go unmarked. KLM awarded the passengers with a certificate. In beautiful calligraphy, the passengers’ names were written into a document, including the day on which they crossed the equator. The document was preserved carefully in a sturdy cylinder and sent to the passenger’s home, signed by KLM’s director.

The example here comes from 1957. It was presented to my father when he travelled to the former Dutch colony of New Guinea to perform soil research for Royal Dutch Shell. The signature is that of KLM director Aler, who had taken over the post shortly after the death of Albert Plesman in 1953. My father crossed the equator on 6 January 1957. From that moment on he was, in keeping with tradition, a loyal subject of the god Aeolus, guardian of the winds according to Greek mythology. It’s all written into the document. 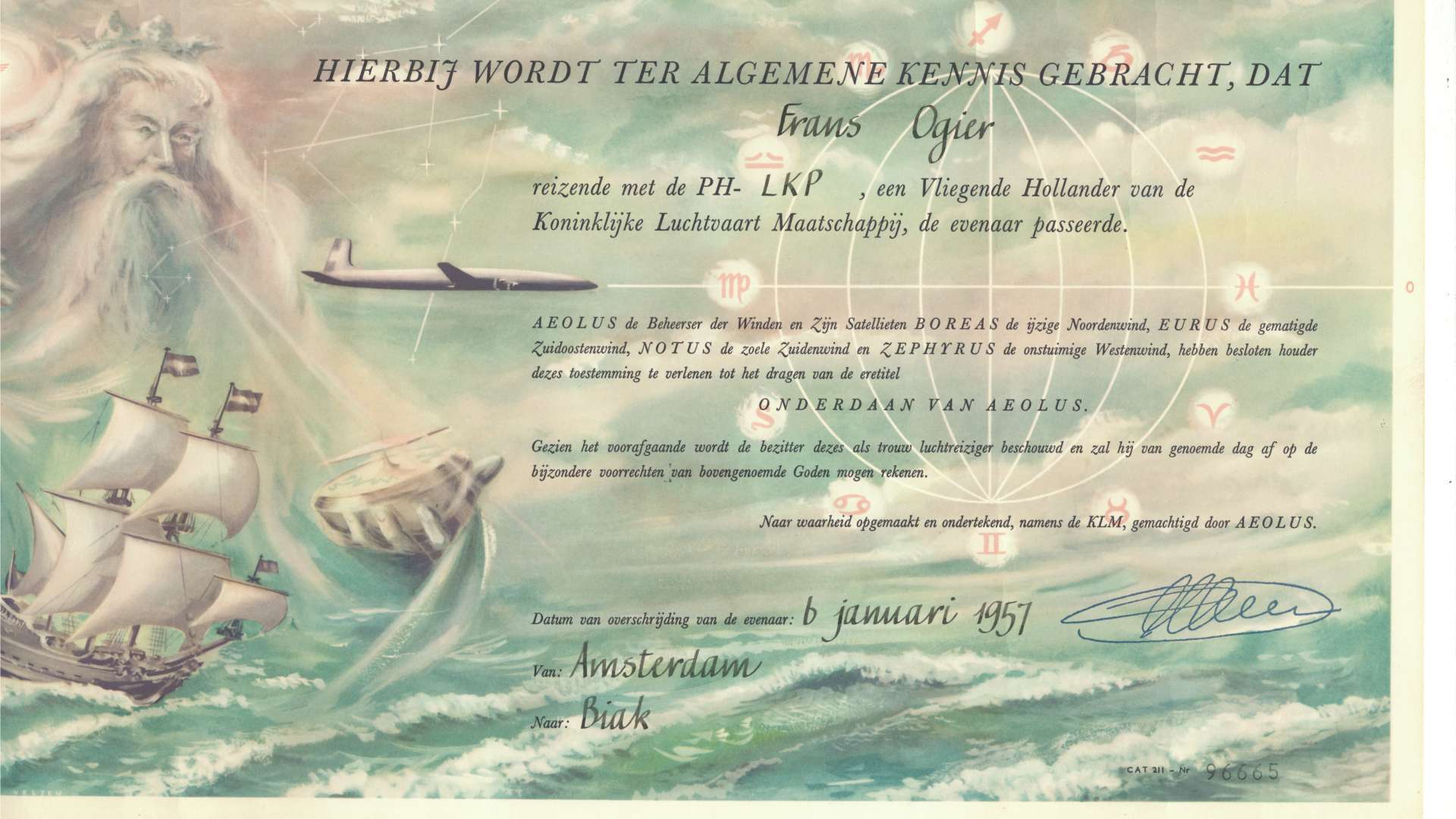 KLM continued to award the documents for quite some time. However, as air traffic became more and more intensive in the 1960s, crossing equator began to lose its glamour. Ultimately, the tradition was abandoned. These days, thousands of passengers cross the equator every day. It is not nearly as special as it was in January 1957 in a Super Constellation* en route from Amsterdam to Biak. 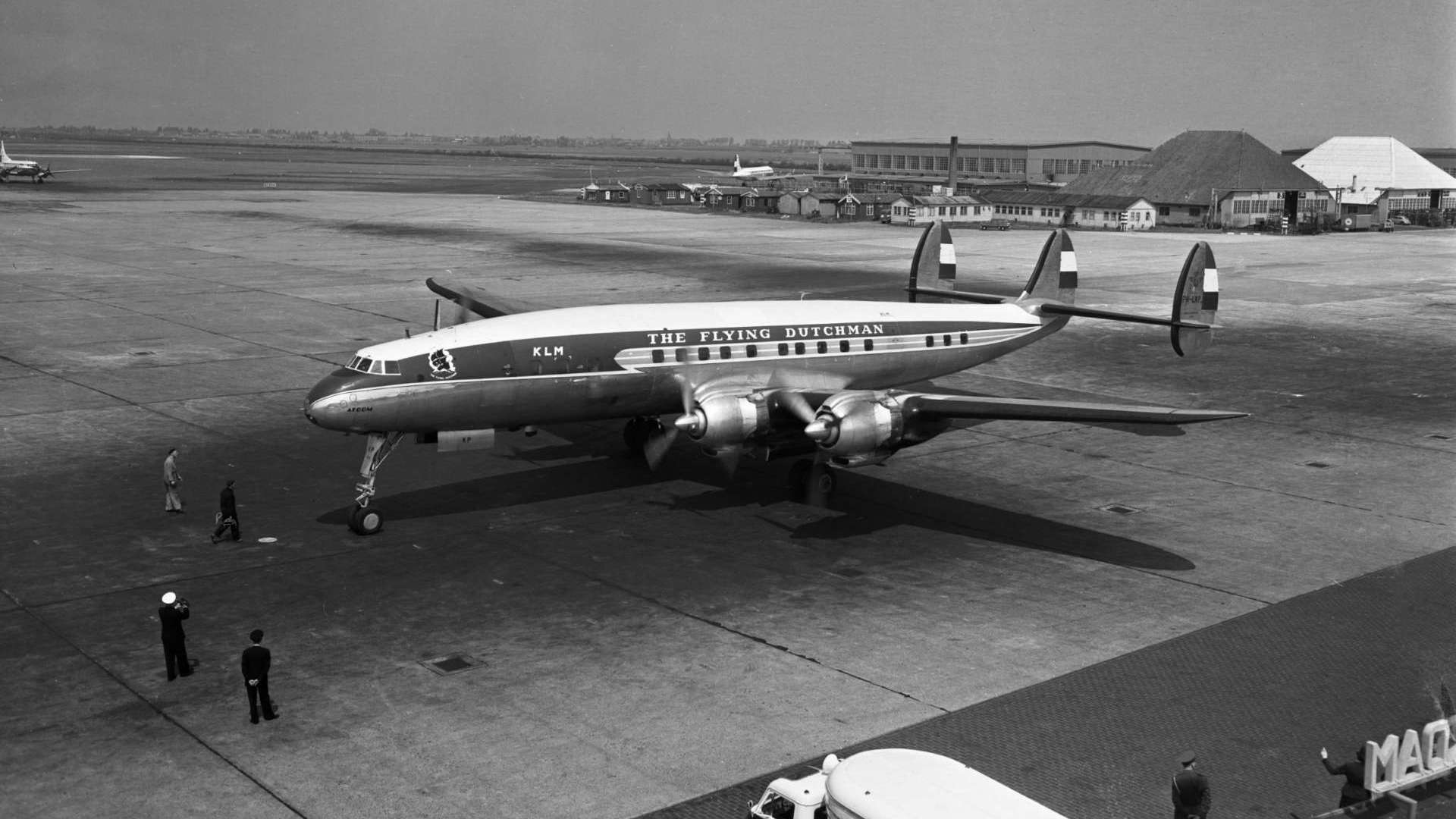