Imagine the amazement of people living along the Kosterverloren Canal in Amsterdam, when they saw the fuselage of a Boeing 747-200 floating by on barges on 16 December 2004. The PH-BUK “Louis Blériot” was on its way to the Aviodrome Aviation Theme Park in Lelystad, which had acquired the KLM aircraft for the symbolic price of 1 euro. The jumbo is still on show at the Aviodrome today. Here’s some more of its history.

Having completed its first commercial flight in 1969, this famous four-engined aircraft remained in service until 2003. During that time, it covered no fewer than 98 million kilometres in more than 100,000 flight hours. Named after Louis Blériot, the Frenchman who completed the first Channel crossing from France to England in 1909, this particular model of the Boeing 747-200 is a “combi” aircraft, which means it has a cargo hold at the rear and a passenger cabin up front. 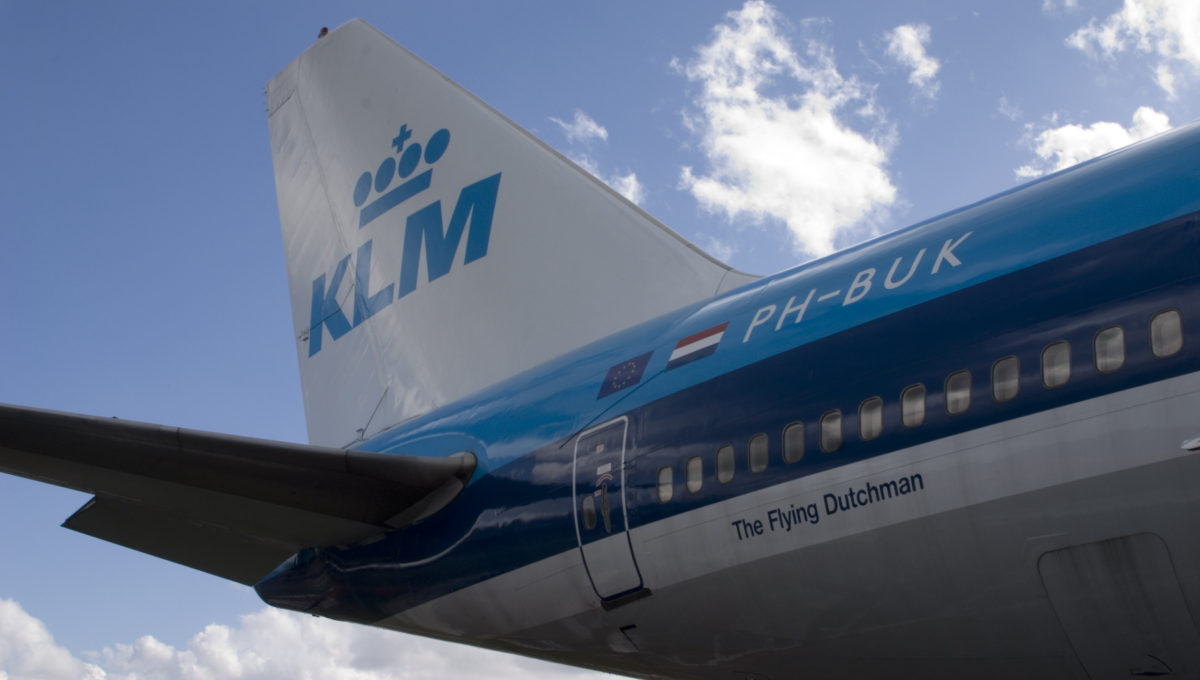 Unfortunately, the symbolic price of 1 euro wasn’t enough to cover transportation of the aircraft, which came to a grand total of EUR 600,000! This money was donated by charities, technology lovers and former cabin crew. In August 2004, a team of technicians began dismantling the aircraft. Fortunately, many had volunteered to assist in loosening the aircraft’s innumerable screws and nuts, which helped keep costs low. 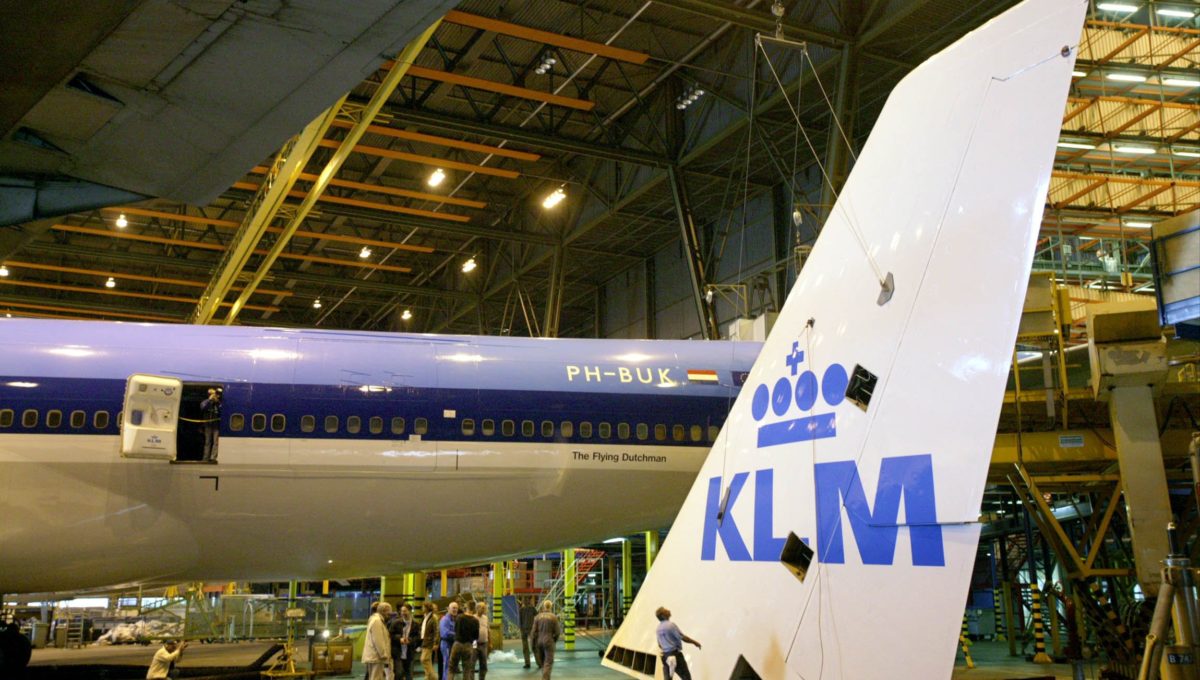 The Boeing was too big to land at Lelystad Airport, so the team decided to transport it by water. However, the canals were too narrow for the jumbo’s wings, which meant they too had to be removed from the fuselage, along with the tail and landing gear. All this was rather unique, because KLM doesn’t usually dismantle aircraft, but with the aid of manuals and experts, the aircraft was taken apart, starting with the fuel tanks. Once the reservoirs had been fully emptied and aired, technicians gained access to the 300 bolts per wing that had to be loosened. This part of the assignment was further complicated by the fact that the hydraulic and electrical systems also had to be disconnected.

Three cranes were needed to lift the heavy wings from the fuselage. Special crane jibs were used to transport them. 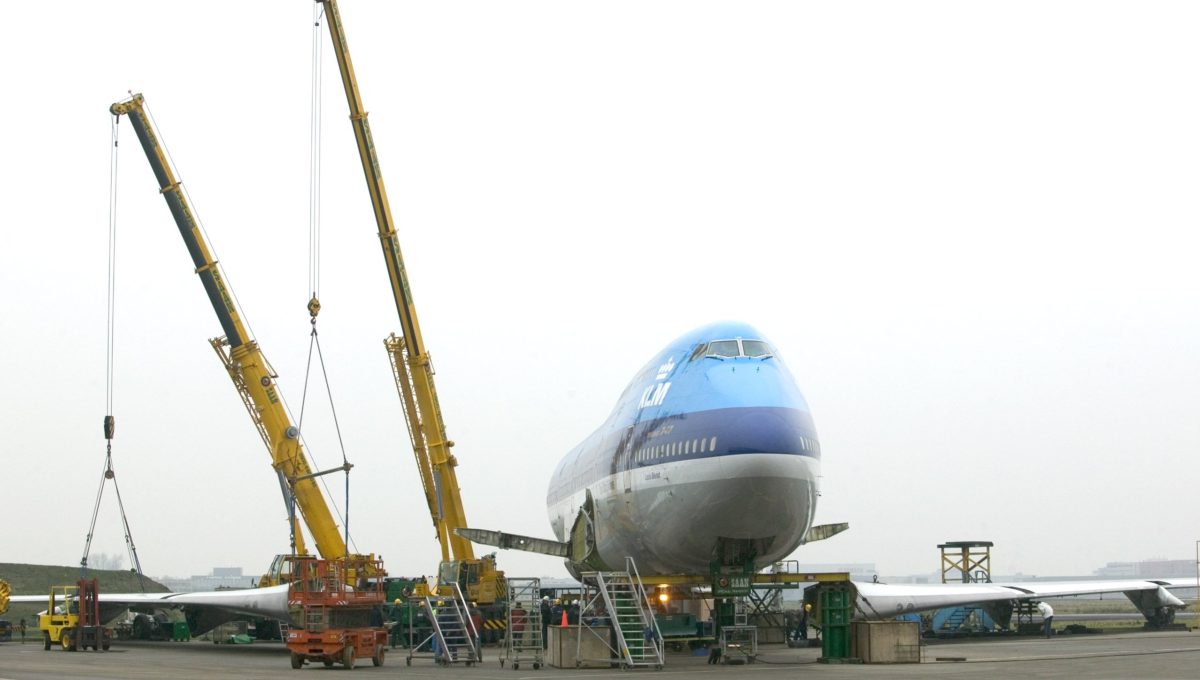 The dismantled Boeing was shipped straight through parts of Amsterdam in the middle of the night, passing along the Ringvaart and Kostverlorenvaart to the IJ near Amsterdam Central Station, and then on to the town of Harderwijk. It really is an impressive feat to transport an aircraft that is 70 metres long and more than 19 metres high. Even after everything had been dismantled, it was a real challenge to get the different sections to the Aviodrome safely.

The last section of the trip was completed by road. And of course, once the 747 had reached its destination, it had to be fully reassembled, like an enormous model kit for experts. The aircraft is on show at the Aviodrome to this day!