In February this year, I completed my flight training for a new aircraft type: the Airbus A330. My first trip with this new aircraft was to Ethiopia. This made me think of “Lucy”, whose remains were uncovered here in 1973. She lived 3.2 million years ago and, based on the theory of evolution, she is one of our maternal ancestors, which means we are all Ethiopian to some degree. 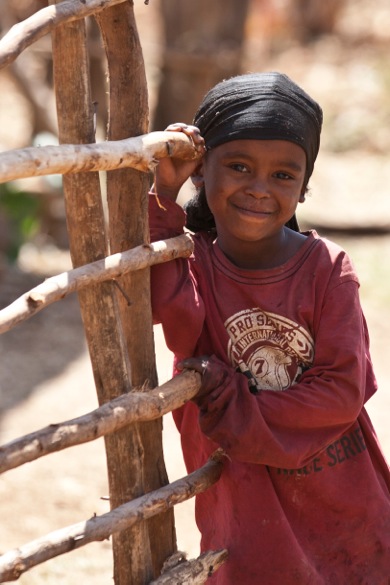 Julian calendar
Ethiopia – a land so old that it has neither a beginning nor an end. And it has unusual customs, too. Ethiopians adhere to the Julian calendar, for instance, which is now seven years and eight months “behind” our Gregorian calendar. Their clocks also run differently, with 00.00 hours at dawn, rather than at midnight. Which is logical, really. Ethiopia is also a country where all three major religions coexist peacefully and respectfully.

Crater lake
We took a trip out to a crater lake. To me, the journey is just as important as the destination. On our way, we saw Africa’s biggest market, where everyone was trying to sell their ware. In the villages alongside the road, we saw children in uniforms on their way to school and women carrying water on their backs. Once we got out into open terrain, we saw the reed huts of farmers, who were processing their crops. There were goats and shepherds and children playing in a river bed. On the downside: the dust kept trying to creep into my camera. But that’s a professional hazard, I guess. 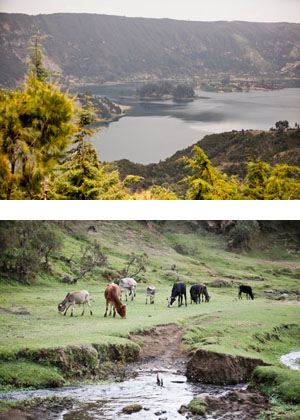 People often associate Ethiopia with sprawling deserts, but the highlands are very fertile and the interior of the crater is incredibly lush and green. We were up at an altitude of 3,000 metres and covered part of this superb journey on horseback. Sometimes the terrain was too steep for the horses to carry us, so we had to dismount and walk uphill with them, scrambling and sighing. 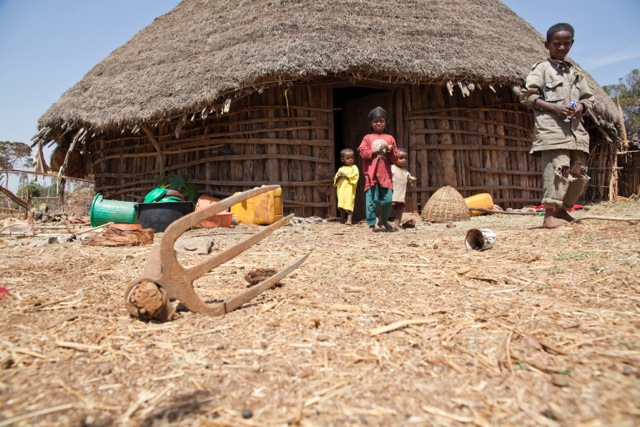 Intriguing
We spent the night in reed huts and, after breakfast, we rode over to a family who showed us their reed house. We got a pretty good idea of how they live. The local market offers a wide variety of products: vegetables, clothing, chickens and cow dung. The people were very friendly and clearly didn’t mind being photographed. We were just as intriguing to them as they were to us.

After a trip like this, it’s great to wash the dust out of your ears. We rounded things off with dinner at the best Italian restaurant in town, Castelli, which has been around for more than 66 years ago. Those who plan to fly to Ethiopia from Amsterdam this summer, will do so with our partner Kenya Airways. KLM is suspending its service to Addis Ababa. Bye-bye, Ethiopia, hope to see you soon! 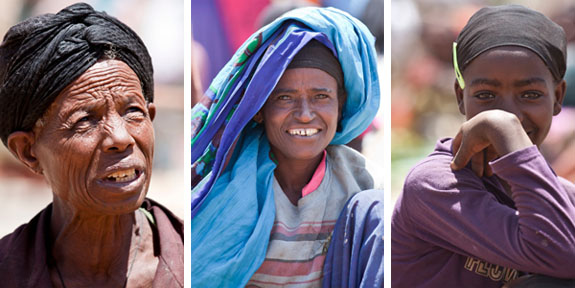