City of Bangkok is the oldest Boeing 747 still in operation at KLM. This aircraft type has iconic status in aviation history. The Boeing arrived in Amsterdam from Seattle in 1989 and has, in the meantime, carried a considerable number of passengers. But now it’s time to say farewell. Boeing 747-400 City of Bangkok will soon fly its last flight after almost 30 years of faithful service. 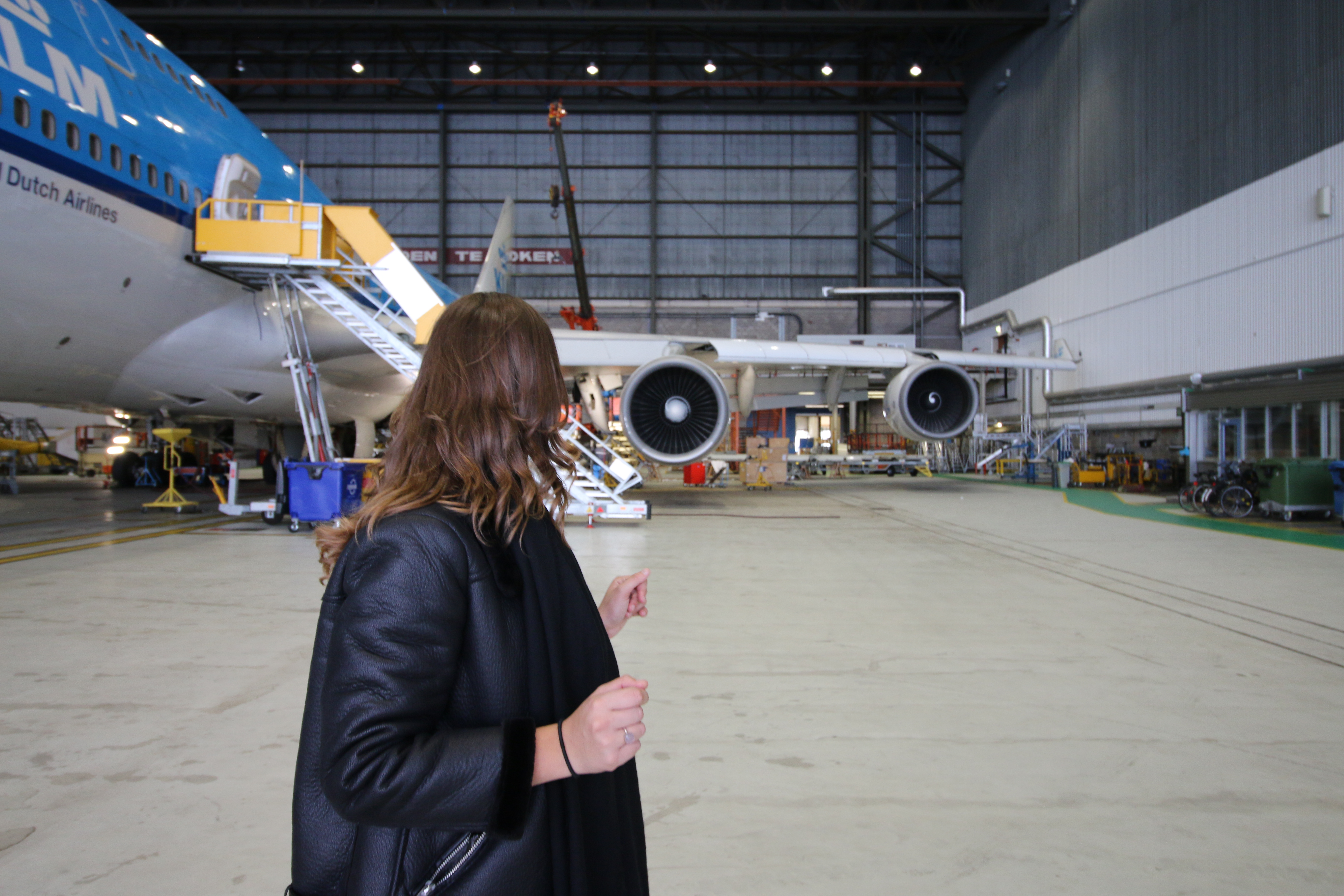 I was lucky enough to be allowed to watch this “crate” undergo its final service. There is nothing better for an intern than to be allowed to nose around an aircraft. Every time I go into a hangar (I make it sound as if I go every week, but it was only my third time) my KLM-blue heart starts to beat a little faster. How bizarre it is that such an enormous machine can get up into the air. This aircraft weighs around 178,750 kilogrammes. It is completely empty now. Where there would normally be 408 passengers, plus cockpit and cabin crew, there is no one. The Boeing 747-400 is in Hangar 11 for maintenance. 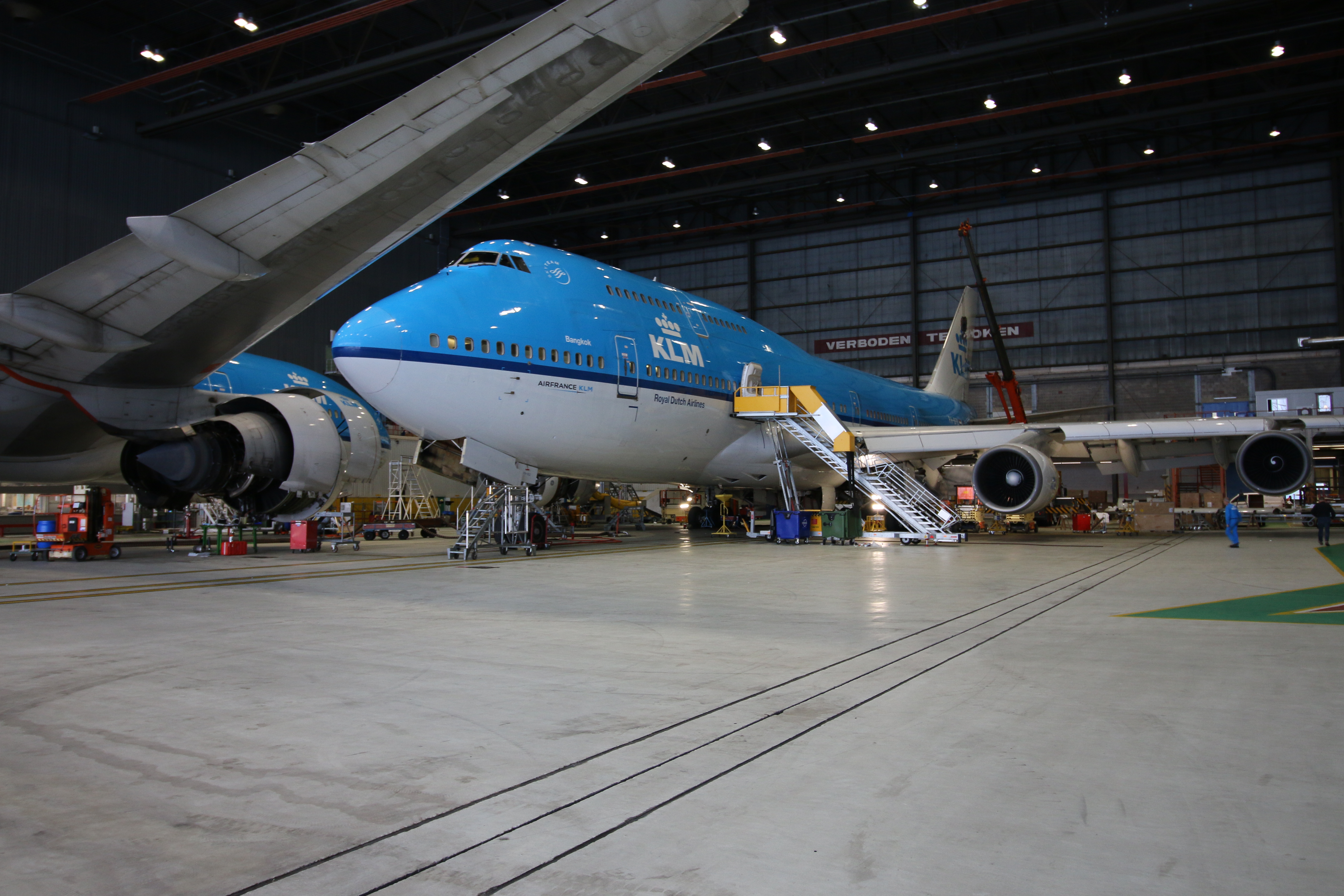 There is something in this aircraft you won’t find in any other, namely, a plaque, I suppose you’d call it, saying “Presented to KLM Royal Dutch Airlines by Bangkok Metropolitan administration on the occasion of the first arrival of this aircraft named THE CITY OF BANGKOK in Thailand, April 1991.”

But something special happened in Amsterdam too. On 1 July 1989, the City of Bangkok was named by nine Thai monks from the 100-year old monastery in the district of Laksi. This is the same district where the KLM Catering and crew hotel is located in Bangkok. The ceremony took place in Hangar 11 at Schiphol Oost. More than 200 people attended and a special Thai meal was prepared for the monks. I spent ages trying to find the exact spot where the monks baptised the aircraft, but I think the ink must have faded, because I couldn’t find it.

Colleagues gave me a tour of the interior, from the cockpit to the crew sleeping area. (You knew that the crew sleep on board during long flights, right?) A quick peek in the cockpit and a moment in the CO-CO seat – this was especially good, because my name is Coco. Unfortunately, for security reasons, we’re not allowed to share this photo with you.

A lovely lie down, flat, in World Business Class; wonderful, but regrettably the plane stayed in the hangar, otherwise I would happily have stayed there. It felt really special to be allowed to do all this as a simple intern. Not everyone gets the chance to be so close to an aircraft, let alone to be shown around one. I felt like an aircraft fanatic, although I have always liked aircraft – when they get me to my destination and home again. But that has changed now. I can quite easily say that I have the best internship. 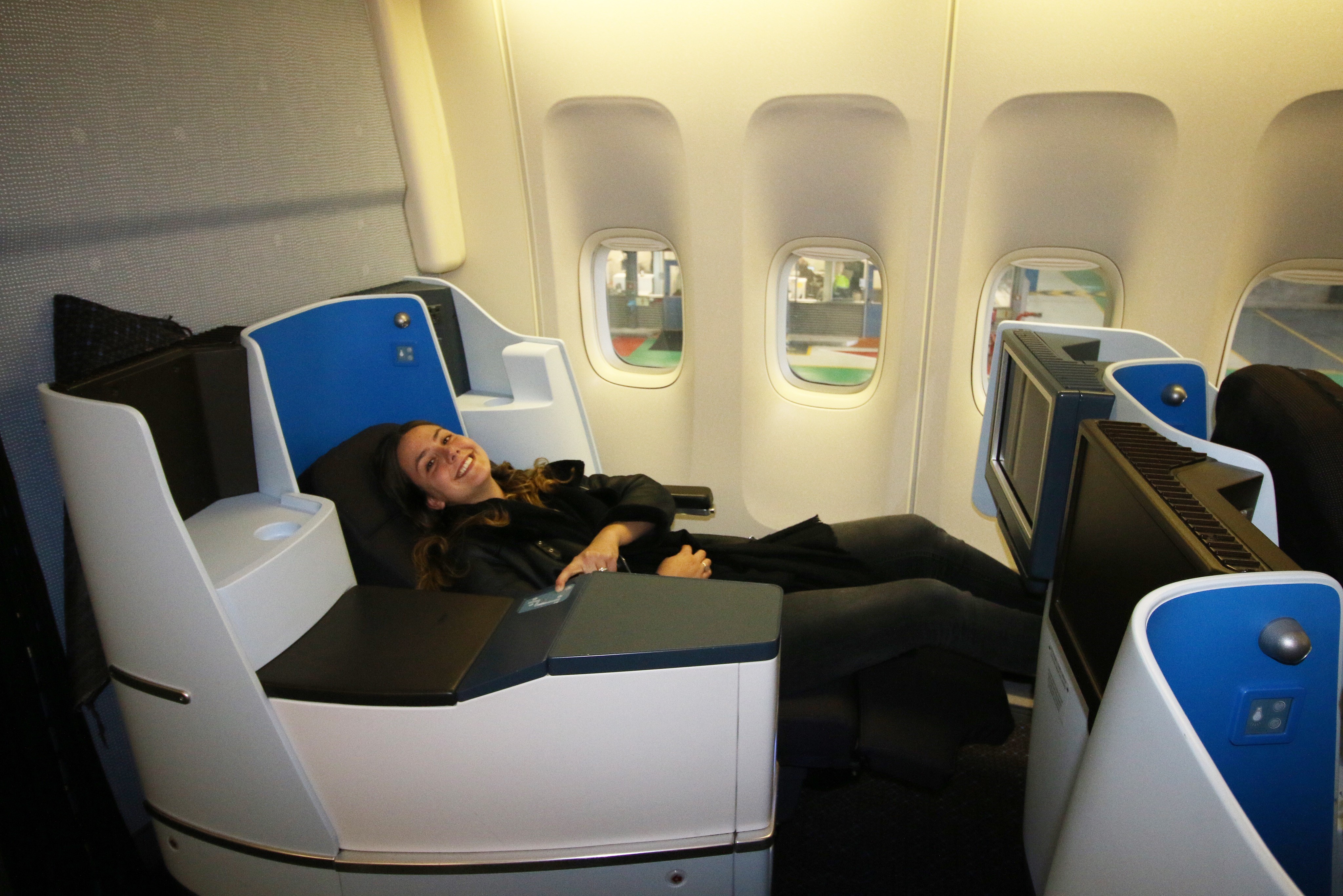 If you would like to see this queen of the air one more time, Boeing 747-400 City of Bangkok will take off for the last time on 25 November and land on 26 November.