Dark clouds gather over Schiphol as the airport prepares for heavy snowfall. Warnings have been issued and airlines have cancelled many flights. Runway capacity has been drastically reduced, which is the main factor driving the operational disruption. It’s a Sunday and I’m working the evening shift at the transfer desk. The queue seems to go on forever and I seriously doubt whether the passengers at the back will be served today. But this still counts as a special occasion. Despite the stress and panic in the air, I’m in a position to make a difference, which is very special indeed. 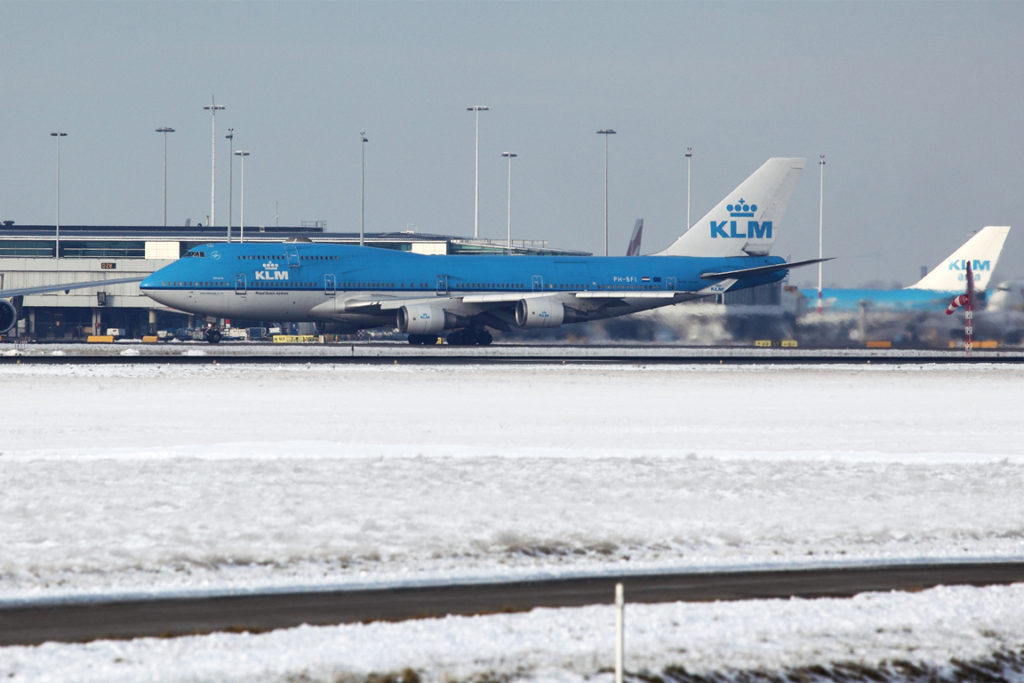 There’s woman crying in the queue. She’s carrying a baby on one arm and holding a little girl’s hand. They’ve flown in from Entebbe and have been rebooked to a flight the next day. But the woman doesn’t dare go to the hotel with the children. There’s another flight to London and, with a bit of effort and ingenuity, I manage to get them aboard.

There’s also a gentleman from Panama who is delighted with the snow, which he has never seen before. I rebook his flight and later see him standing at the window with his camera.

A lady from Iraq has no idea what’s going on. We’re having difficulty communicating. She has also been rebooked to tomorrow’s flight, but I can’t make this clear to her. She’s on her way to Berlin to visit her sister. I book her onto the next available flight and, because it’s a something of an emergency, I call her sister and arrange assistance to the gate. 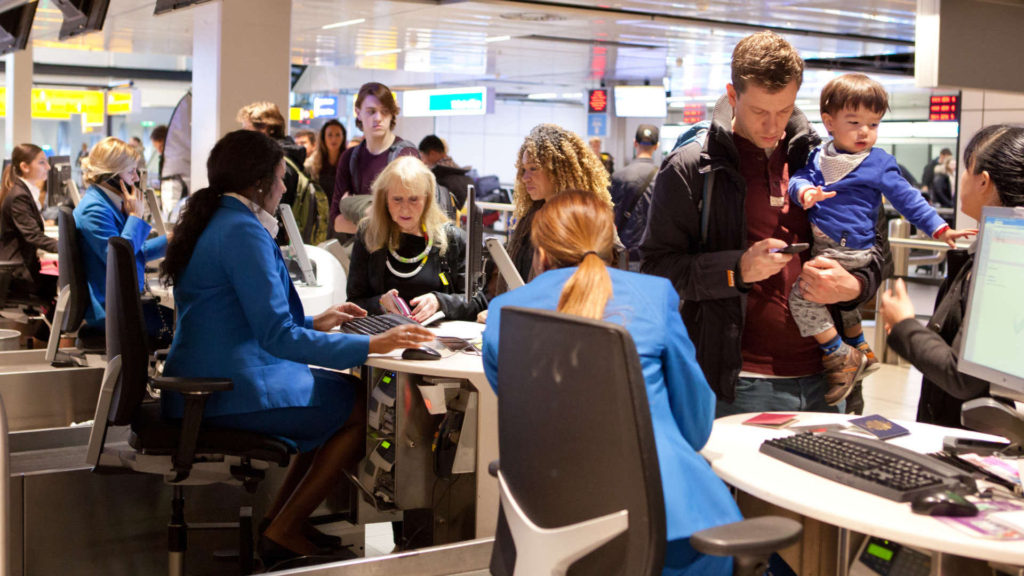 There’s also a Dutch businessman who has an important meeting in London. He decides to cancel everything and arrange a conference call. He is fully reimbursed for his unused ticket.

My last passengers are a couple who are on their way to El Paso in Texas. They ask if might be possible to fly to Chihuahua via Mexico City. This flight departs in an hour. Chihuahua is in Mexico, just across the board from El Paso. (I wonder if the town was named after the tiny dog? Or was it the other way around?) I quickly rebook their tickets and the German passenger and his pregnant Mexican girlfriend rush off to the gate, overjoyed.

When things get hectic, everyone has their own reason to demand a seat aboard the available flights. It’s our job to spot the priorities, which isn’t always easy. When I eventually slip-slide into my street late in the evening, I’m welcomed by a huge snowman. It’s a reminder that snow can be beautiful and lots of fun, but only if you have time to enjoy it and you don’t have to travel…