Andries van Beek found a box of old documents dating from the Second World War at a flea market. Tucked between ballet programmes from 1945 were letters from two aviation pioneers, Jan Dellaert (Schiphol) and Albert Plesman (founder of KLM). The letters were written between 1919 and 1950, the time KLM was coming into being. An historic discovery, to be sure.

Andries is a collector of interesting ballet memorabilia. He once found an unsent letter from 1930 in a collection of personal effects. It turned out to be a moving love letter from a celebrated Amsterdam dancer, addressed to a Mr Kruijzen. Andries didn’t hesitate for a moment and delivered the letter himself to the address in Harderwijk, with the words, “I bring you a love letter.”

On Saturday, 29 January 2011, Andries bought a box of old documents and books at a flea market in  Ede, a small Dutch town. The vendor said the box also contained some valuable KLM documents – 40 letters dating from 1920 to 1950. “The oldest letter from Plesman to Dellaert is particularly interesting,” says Andries. “It concerns the appointment of Dellaert as station chief at KLM. Plesman rejects Mr Dellaert ‘because you will probably leave us within four months of starting…’ he writes.” 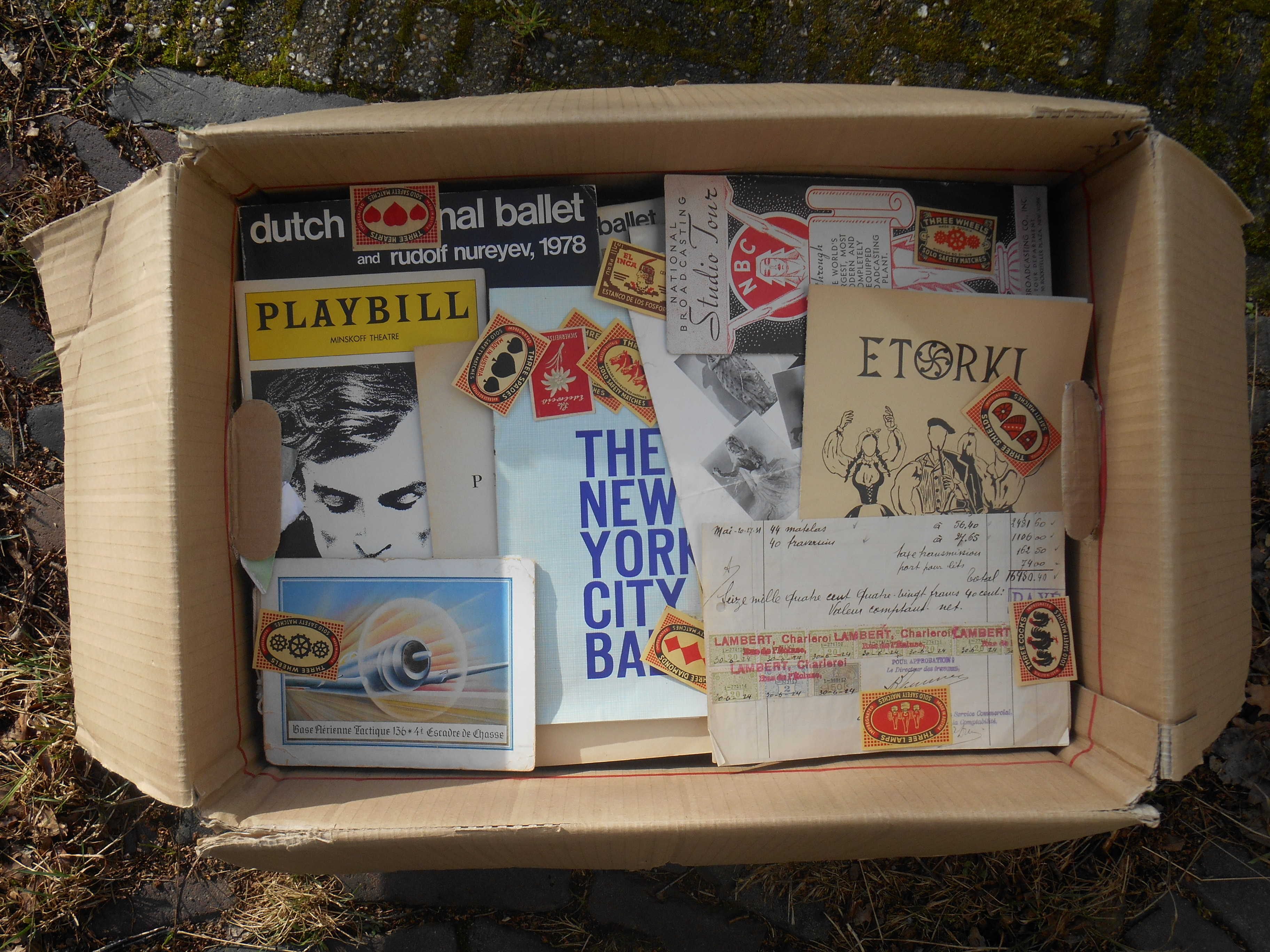 In this box Andries found the historical KLM letters

Nevertheless, Dellaert joined KLM as its station chief at Schiphol and head of its Flight Operations on 15 June 1920, two weeks after the letter of rejection. What changed his fortunes? This tickles the imagination; perhaps more research needs to be done. Andries: “I believe this letter represents a piece of Dutch aviation history. This is why I sent the letter to ‘Your Best Find’ (‘Je Beste Vondst’). This project by the National Library of the Netherlands invites amateur historians to tell the story behind their best find.”

KLM thanks Andries van Beek for the gift of these historic letters, which contain such important communications regarding KLM and Dutch aviation. We hope his find will receive many votes at www.jebestevondst.nl