While the water surface seems to stretch out in front of us like some giant mirror reaching out to the horizon, we hear a band start to play. And, wherever you hear music in Africa, you won’t see people standing still. One by one, Africans start shaking their hips. In no time at all, there’s a party on the boat. Almost no one is left sitting next to the pool. 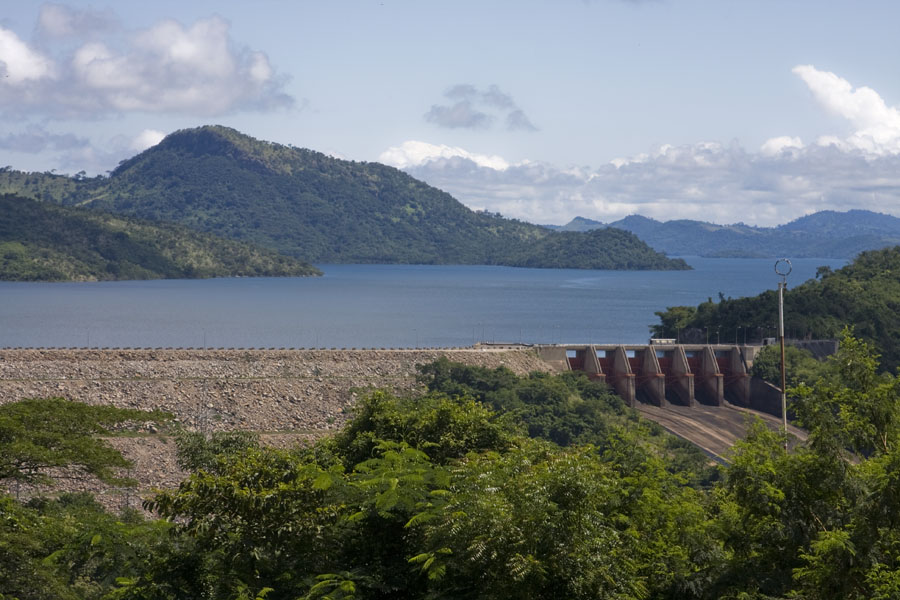 We had arrived in Accra (Ghana) the evening before. We have just twenty-four hours before we have to fly home, so we make an early start. A light rain is falling as we negotiate with a taxi driver about a ride to the Akosombo Dam. The dam provides electrical power to most of Ghana as well as a few other West African countries.
Once we have arrived at the dam, it turns out we need a permit. The only alternative, now that we’re here, is to go for a boat ride on Lake Volta. We’re just in time to buy a ticket for the cruise. The ship’s horn blows and the Dodi Princess embarks.

A Major Step
Now the sun has broken through. We take our place at the railing so we can see the banks of the narrow southern arm of Lake Volta, the world’s largest man-made lake, measured according to water surface. The dam’s construction was a major step in Ghana’s economic history. We can see a fishery on the opposite shore. The hills that form the banks are covered in a rich carpet of tropical trees.

The water spans out immeasurably before us. There is water just as far as we can see, interrupted only by a few trees on an island here and there. The lake is roughly one fifth the size of the Netherlands. In the meantime, the cooks on board have started the barbecue. But we can’t take our eyes off the scenery.

Dodi Island
We land at Dodi Island where we are met by the inevitable vendors who await us in the remotest hope of selling us something. We remove ourselves with an apologetic smile and go for a walk across the island — once a hill on the dry landscape. 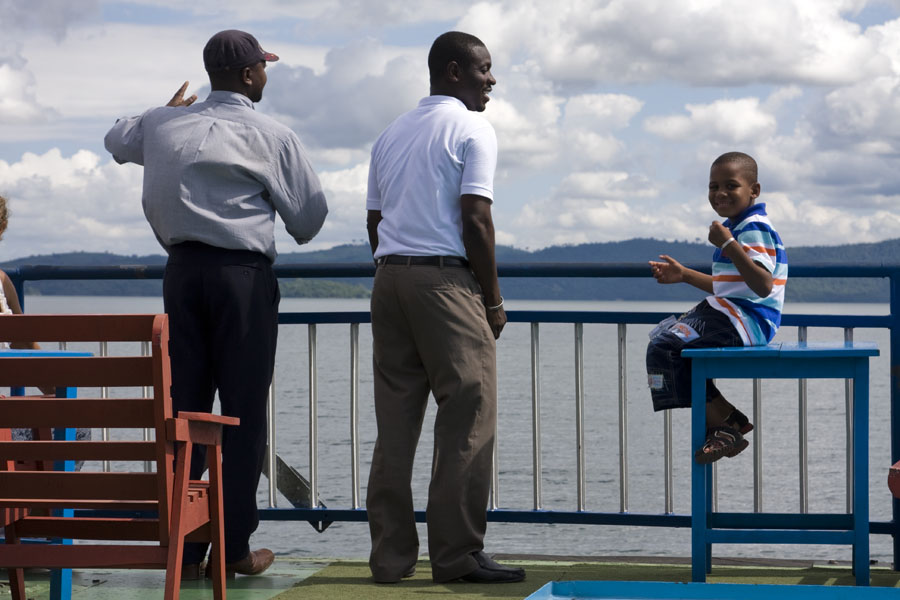 When we get back on board, we realise that most of the food is already gone. We’re too late. Instead, we decide to surrender ourselves to the irresistible African music. People are dancing on the ship’s three decks — against the railing, next to the swimming pool, with a child hanging on. Everyone is moving to the rhythm of the live band which plays on tirelessly.

Take the Band
Long before we’ve have enough dancing, the boat has arrived back at the Akosombo Dam. Our driver is waiting patiently. Once we get back to Accra, we have enough time to freshen up so we can take good care of our passengers on board of the KL590 as we fly back to Amsterdam. But there won’t be any dancing on this flight. Maybe we should take the band with us next time.