“Why on earth would a plane need a horn?” – that was my first thought when I read the above question, which came in via Twitter. Surely an aircraft doesn’t need to warn other vehicles to get out of its way? To get an answer to this question, I contacted a colleague at Engineering & Maintenance and arranged a meeting in the hangar. My mission: find the horn!

It’s Tuesday morning and I hook up with Johnny, who is communications advisor at KLM Engineering & Maintenance. As we stroll through Hangar 14 together with his colleagues Fred and Jan, they tell me all about the functionalities of the aircraft horn.

The signalling or warning system aboard an aircraft could be compared to a horn. When ground engineers are working in the cockpit, they can contact their colleagues on the ground using a signal. When I ask engineer Fred to point out the horn, he taps on a tiny button marked “GND” on the instrument panel in the cockpit. The button is hard to find, but when it is pressed it sounds as if three steamboats are passing under the plane. 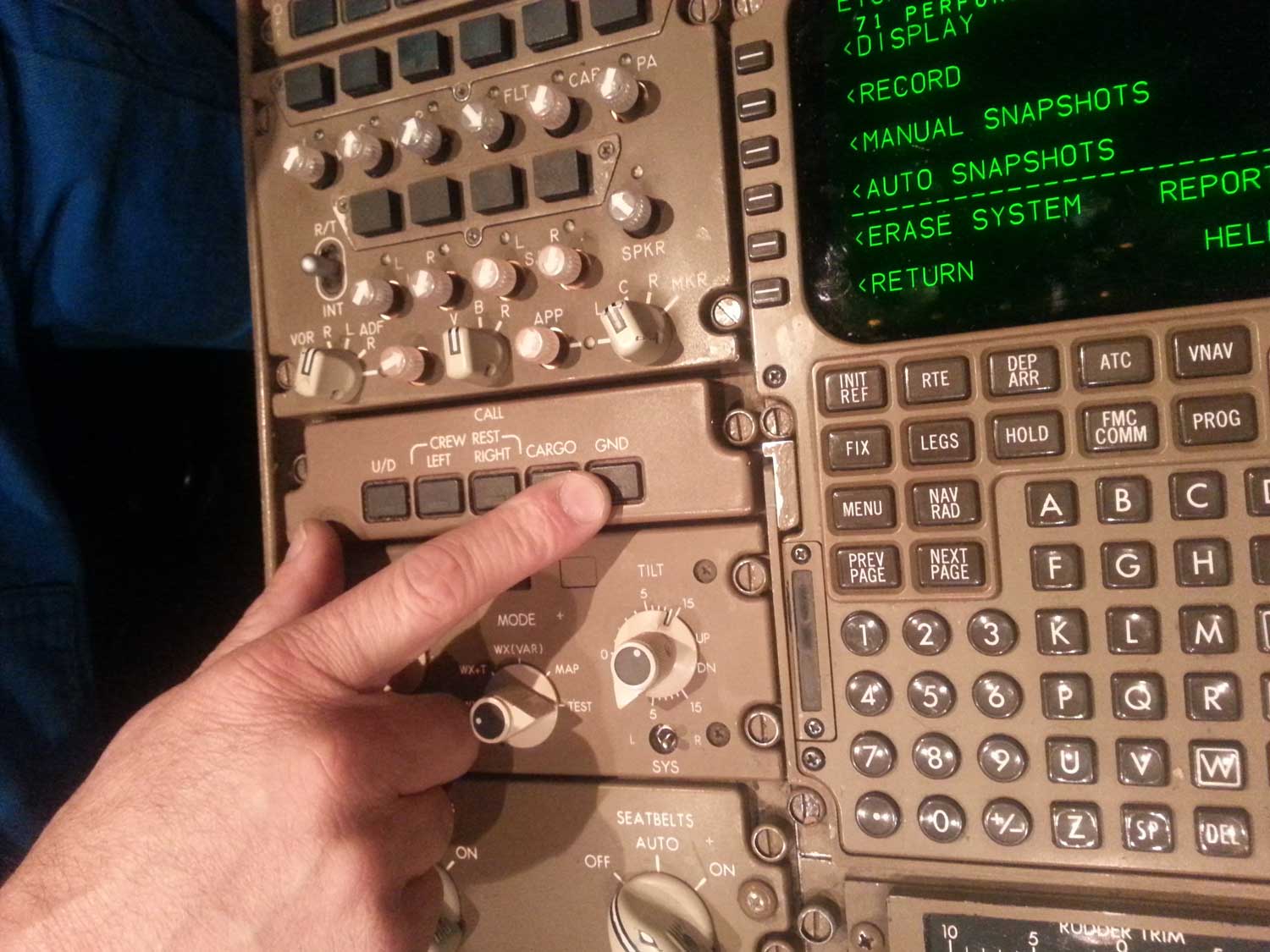 Hooting through the nose wheel

Sometimes engineers on the ground want to contact their colleagues in the cockpit. They can do so via a button located in a little compartment near the nose wheel at the front of the aircraft. By plugging a headset into this compartment, they can communicate directly with the cockpit. 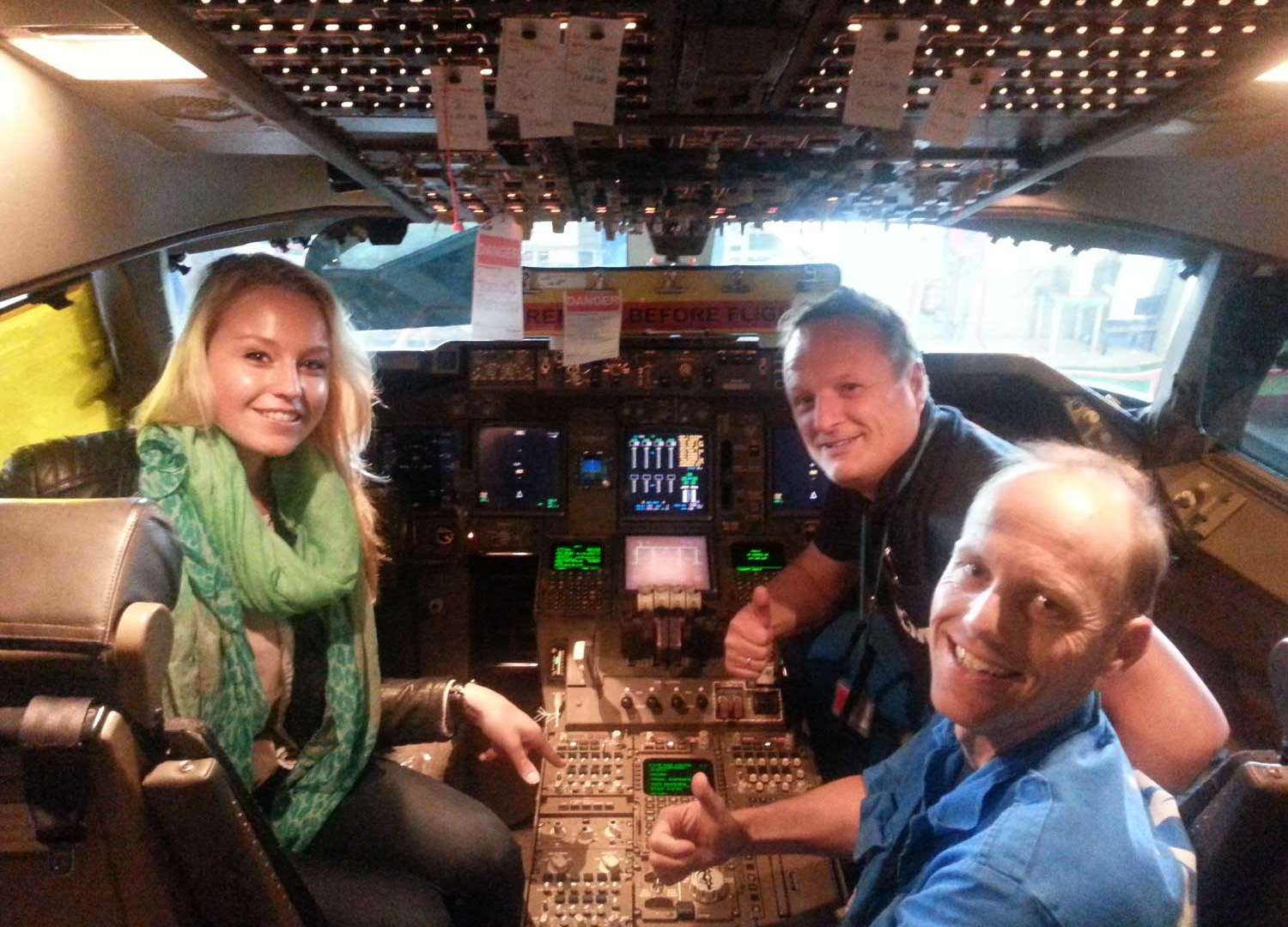 But how does it sound?

So the horn is primarily a means of communication, but the aircraft itself can also emit a signal to warn engineers when a system breaks down or when there is fire. This signal sounds like a siren running in eighth gear. This happens, for instance, 90 seconds after any problem arises in the system that cools the aircraft’s other systems, which is much like a computer’s cooling system. The signals vary so that engineers know exactly which system is under threat.

Whereas horns in cars are mainly used as a warning system, the horn aboard an aircraft is primarily a form of functional technology, which is indispensable when the aircraft is undergoing maintenance in the hangar.

So does a plane have a horn? Yes it does! 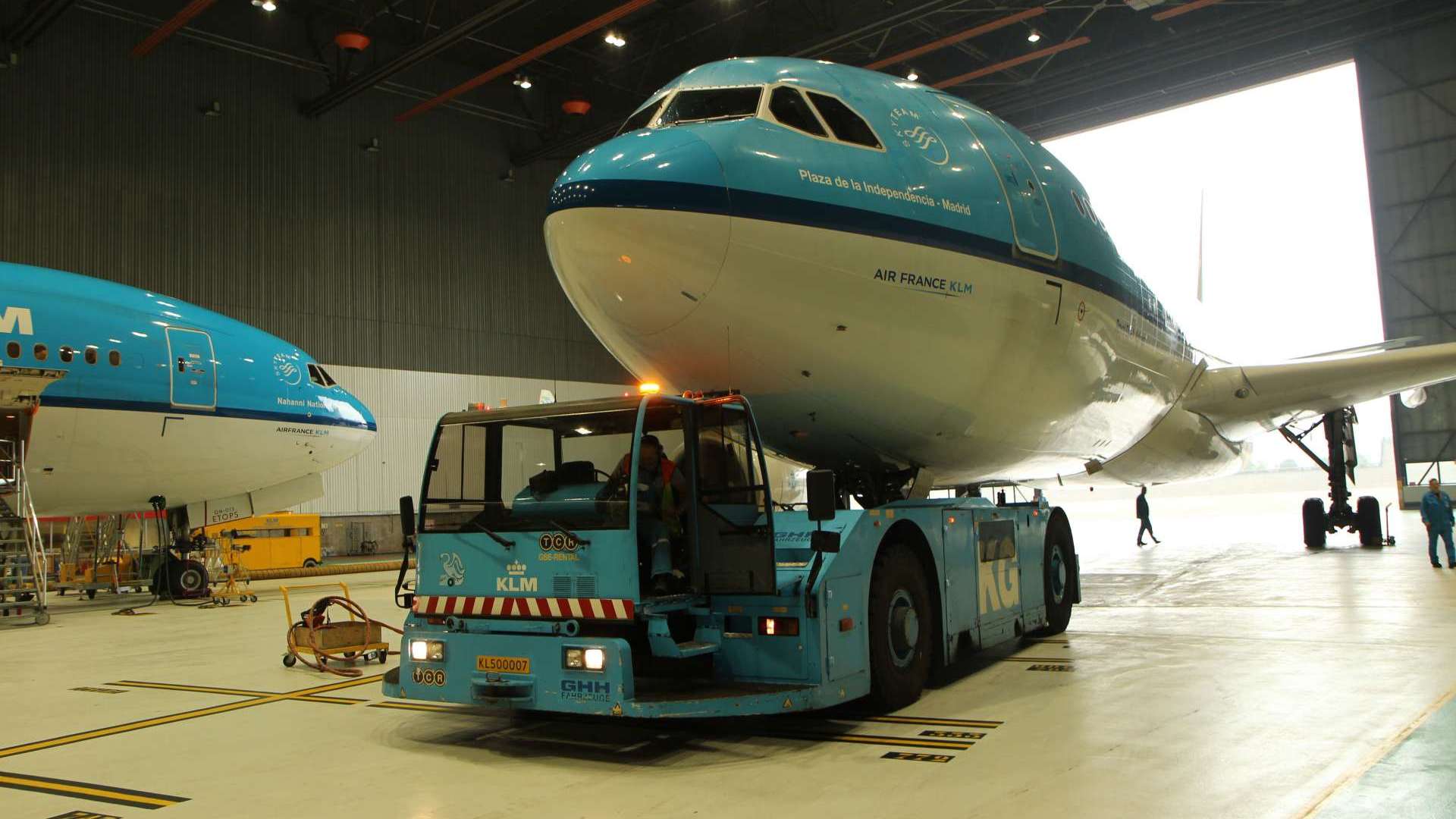 Also wondering how to change the wheel on an aircraft? find it out here! Or do you have an interesting question? Please let us know and maybe you will find you answer in the next blog!