If I’d been around in the summer of 1919, I would have had every reason to head out to Amsterdam North, where they were holding an air show unlike anything the locals had ever seen, partly because the ELTA was Amsterdam’s First Air Transport Exhibition.

For those who are unfamiliar with Amsterdam North, it’s the part of town where tourists are seldom seen. To get there, you need to take the ferry across the IJ waterway behind Central Station, which makes it seem a lot further than it actually is. Things have changed in North in recent years. There’s been a lot of construction and more and more people are discovering that it’s a great place to live, enjoy films and music, and other cultural manifestations, and it’s a pretty cool place to party. 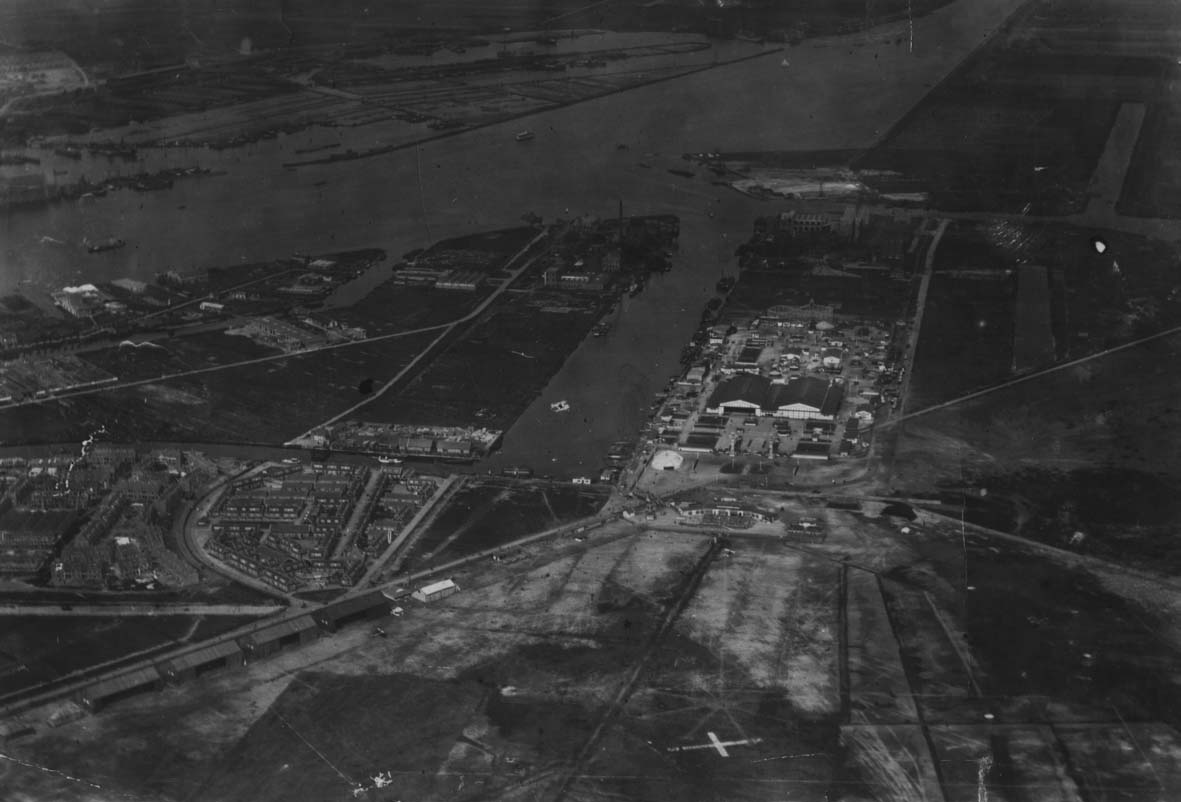 Albert Plesman was the driving force

But let’s return to 1919 and the ELTA, which was organised during the run-up to KLM’s establishment in October of that year. The driving force behind this event was Albert Plesman, who was chairman of the ELTA executive board. He rallied a lot of supporters, investors and other influential people to get the exhibition off the ground. Speaking of which, the Municipality of Amsterdam had made a large plot of land available for a period of six months, covering it with a thick layer of sand so that it was suitable for the construction of exhibition pavilions and a small airfield, which was the prime object of the exercise. The aerial photo shows the exhibition grounds with two large white hangars in the middle. On the left, out of frame, across the IJ waterway, is Central Station. 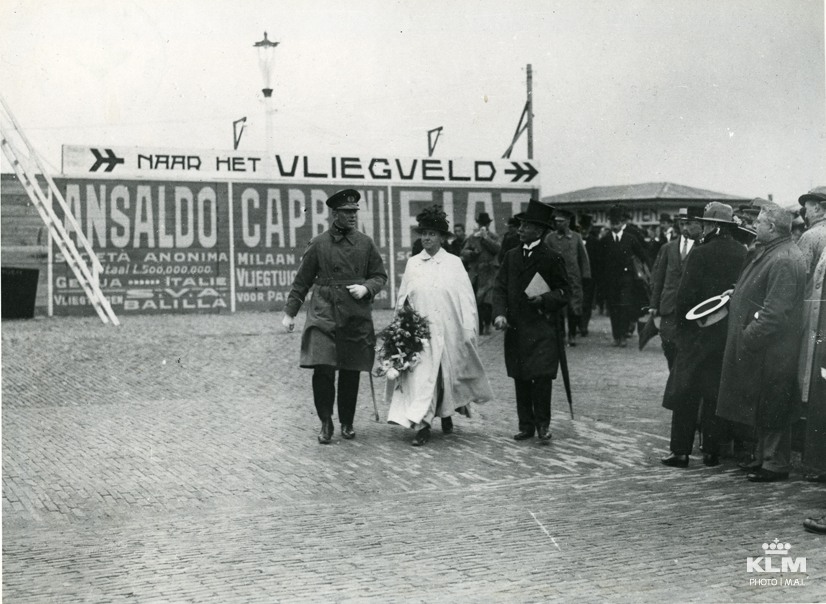 The fact that the grounds were located in North didn’t deter visitors. More than 545,000 people came to enjoy the show. Aviation was exciting, relatively new and exclusive, and the large number of visitors illustrates that expectations ran high. Many entrepreneurs felt compelled to get involved in the exciting new field of aviation and the ELTA provided the perfect opportunity for them to profile themselves. Numerous suppliers and aircraft manufacturers from the Netherlands and abroad showed what they had to offer in the two large hangars. A total of 51 aircraft were on display and several seaplanes and Zeppelins visited. The show was officially opened by Queen Wilhelmina on 1 August 1919 and she was treated to a guided tour by aviation pioneers General Snijders (chairman of the management board) and Mr Plesman (chairman of the executive board). “Normal people” were then able to visit the show the day thereafter and during the six weeks that followed. 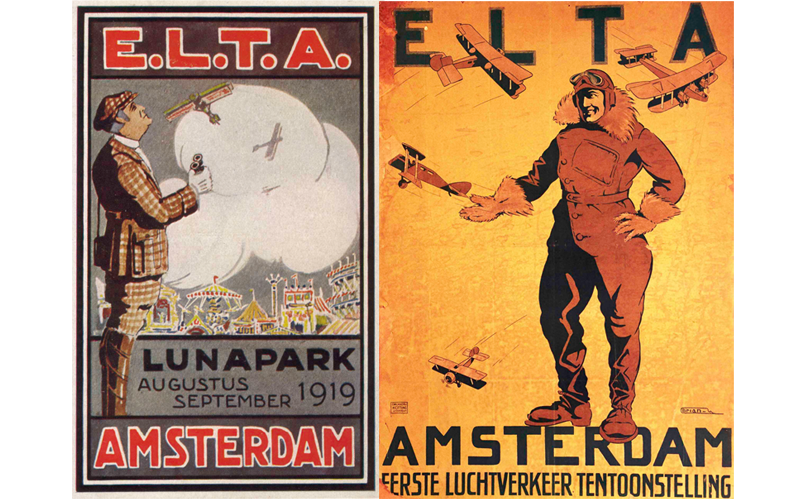 Gliding through the Luna Park

The show was subdivided into 17 categories (aside from the aircraft), including components, engines, measuring instruments, clothing and other equipment, and representatives from the army and the navy also attended. As a whole, this showcased the status of civil aviation in particular at the time. In addition to loads of aviation-related attributes, there were opportunities for entertainment including a genuine Luna Park, where visitors could buy a separate ticket to enjoy the fun. A smart move, because if you wanted to glide yourself or be swung around (and people enjoyed this) for a nominal fee after soaking in all the aviation-related attractions, you could. And if you really wanted to fly, you could book a roundtrip flight above Amsterdam for 40 guilders. No less than 3,265 people did just that. And for an extra guilder, those who did received a signed certificate from the pilot proving that they had actually flown. And, let’s not forget, a labourer’s weekly earnings back then didn’t amount to more than 15 guilders. 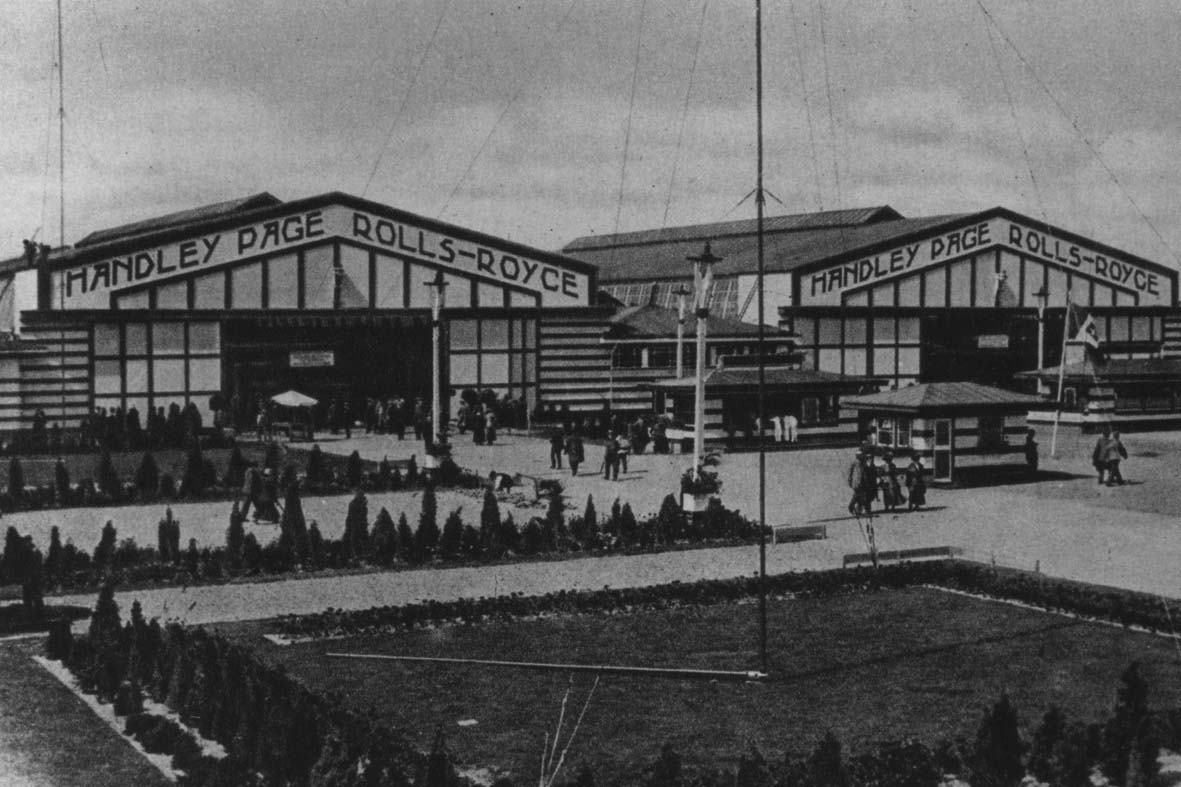 Once the show was over, NV Nederlandsche Vliegtuigenfabriek, owned by Anthony Fokker, established itself on the site. Anyone visiting today won’t find a trace of this exceptional past. Not surprisingly, because it’s almost a century since the ELTA took place. If your curiosity gets the better of you, you need to search for the Papaverweg. The ELTA grounds were located on the left-hand side of the first half of the street. Be sure to do so by bicycle so that you can get to see more of Amsterdam North. Why not, since you’ll be there anyway.