As a stewardess, it’s always a thrill to be introduced to a female pilot ahead of a flight. This is not something that happens often, because there are still very few women in the cockpit, unfortunately. At KLM, only 5.8% of pilots are women. Jacqueline Vollebregt (53) is one of them. She is a captain aboard the Boeing 777/787 and has been with KLM for 27 years. I spoke to her about her experiences at the controls.

As a child, did you dream of becoming a pilot?

“Not at all. My mom’s academic career ended after she completed the school for home economics, much to her frustration. That’s why she always told me I could become whatever I wanted to be. But I had no idea what that might be. I left school at 16 to become a courier. During a holiday trip with a friend, I was invited to take a look in the cockpit. It was wonderful! A couple of years later, I still felt the itch and decided to take flying lessons at the Martinair Flight Academy. From that moment on, I knew this was it! But I needed to get the right qualifications first, so I kept working as a courier and completed the required, university-level school in the evening.

“It’s still magic to steer such a huge machine.”

To cover the costs of attending the National Flight Academy, I moved in with my parents again and worked like crazy. On weekdays I did homecare services and in the weekends I worked at a department store (V&D). I also delivered newspapers. The problem was I could only get a loan from the bank if I personally invested 36,000 guilders. Once I’d saved 30,000 guilders, I borrowed the remaining 6,000 from my parents. And so I enrolled at the National Flight Academy at the age of 24. Two years later, I was recruited by KLM.”

What was it like for you at the flight academy?

“I felt like I had a lot more to prove, but I also soon felt at home. Fortunately, there was another woman in my class. There were plenty of chauvinistic remarks in the first years. One instructor remarked that he thought women in the cockpit were a bad idea, because they were in a foul mood once a month. That was before we’d spent any time in the cockpit together…” 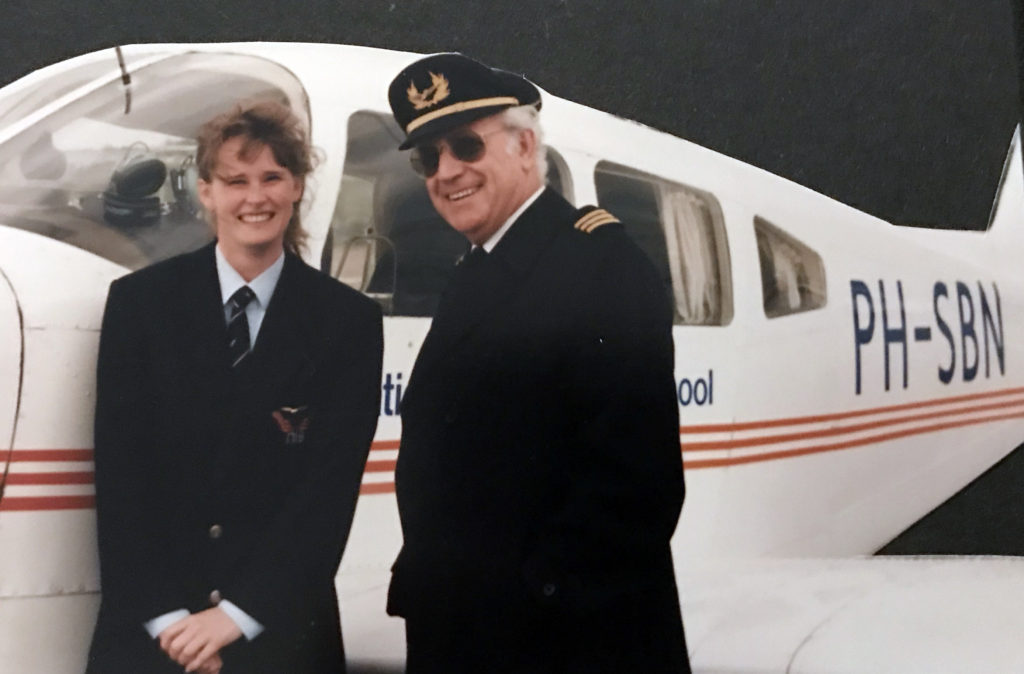 Jacqueline at the National Flight Academy, with instructor Jan Minoli who always said “women can fly better than men”

“It hasn’t been a problem for the past 27 years. Everyone has their own story. Everyone is interesting. I enjoy working with men and I have plenty to discuss with them. Sometimes we even chat about typical male topics like cars and investments, but we usually talk about all sorts of other things, like travel and hobbies and whatnot. Men often appreciate direct communication. For instance, you can quite easily tell a male colleague: ‘You’re doing that wrong.’ That kind of communication is essential in the cockpit. If you beat around the bush to avoid hurting someone’s feeling, it can lead to problems.” 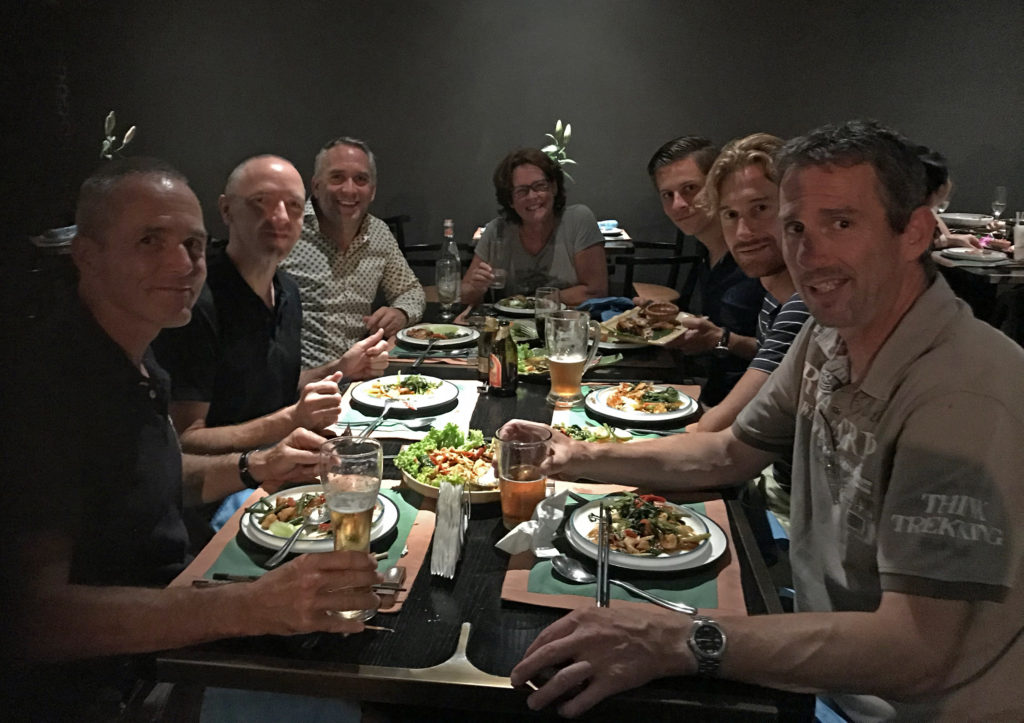 Among all male colleagues in Shanghai

How do passengers respond to you?

“I always get a lot of comments, mostly positive. I vividly remember an 82-year-old lady stepping on board and saying: ‘This is the first time I’ve ever flown and I’m thrilled to have a woman captain!’ But sometimes I get silly remarks: ‘Get ready for a rough landing…’ I also remember one very nervous man, who looked horrified when he realised I was the captain. ‘Will you be able to get us there safely?’ he asked. When I told him I’d been flying for 25 years, he calmed down a little.”

“It’s wonderful to go running and people-watching in Central Park.”

How do your colleagues in the cabin respond?

“I’ll often hear them saying: ‘So cool! A female captain!’ I don’t really think it’s cool. I’m just doing my job. As cockpit crew, we fly with many different cabin crew. We often fly with different cabin crew on the outbound and homebound flights. Often when I introduce myself to colleagues when I’m not wearing my uniform, it takes them a while to realise I’m part of the cockpit crew.”

What do you enjoy about flying?

“It’s still magic to steer such a huge machine, especially when it’s stormy and you have to land in gusting winds. When I tell people this, they look at me as if I’m crazy. But it’s these kinds of challenges that make flying interesting. Someone who enjoys driving, also prefers negotiating winding mountain roads, rather than the highway. As captain, there are always issues I need to resolve. That demands creativity and keeps the work especially interesting.” 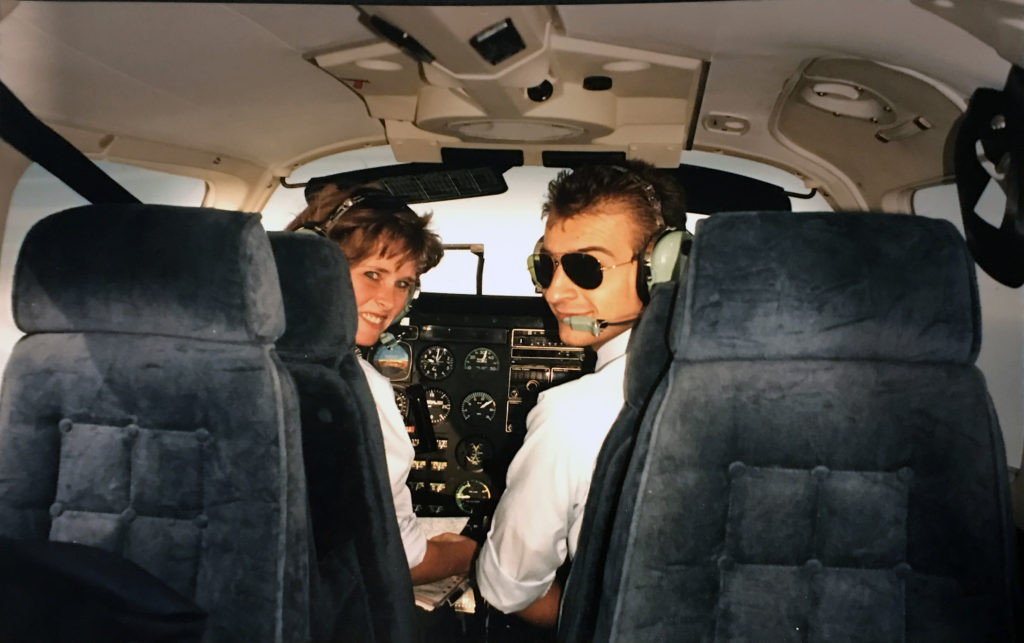 “Difficult question! There are so many beautiful places, but if I have to choose one, I’d say New York. It’s wonderful to go running and people-watching in Central Park. Or I head off to the coffee shop in the Barnes & Noble bookstore to work on my book. I enjoy writing stories in my spare time, at home and on my travels. It allows me to express myself creatively and it makes for a nice contrast with my work in the cockpit, which is mostly about following set procedures.”

Do you have any tips for girls who dream of becoming pilots?

“Go for it! Come and join us! Don’t let practical obstacles get in your way. If you haven’t done maths and science, you can always get those qualifications later. I sometimes hear stewardesses say that they would have liked to become pilots, but simply didn’t consider it at the time. In that sense, it’s important to have a role model. Two daughters of friends of mine have also become pilots. I’m not saying it’s because of me, but I may have played a little part in getting them thinking.” 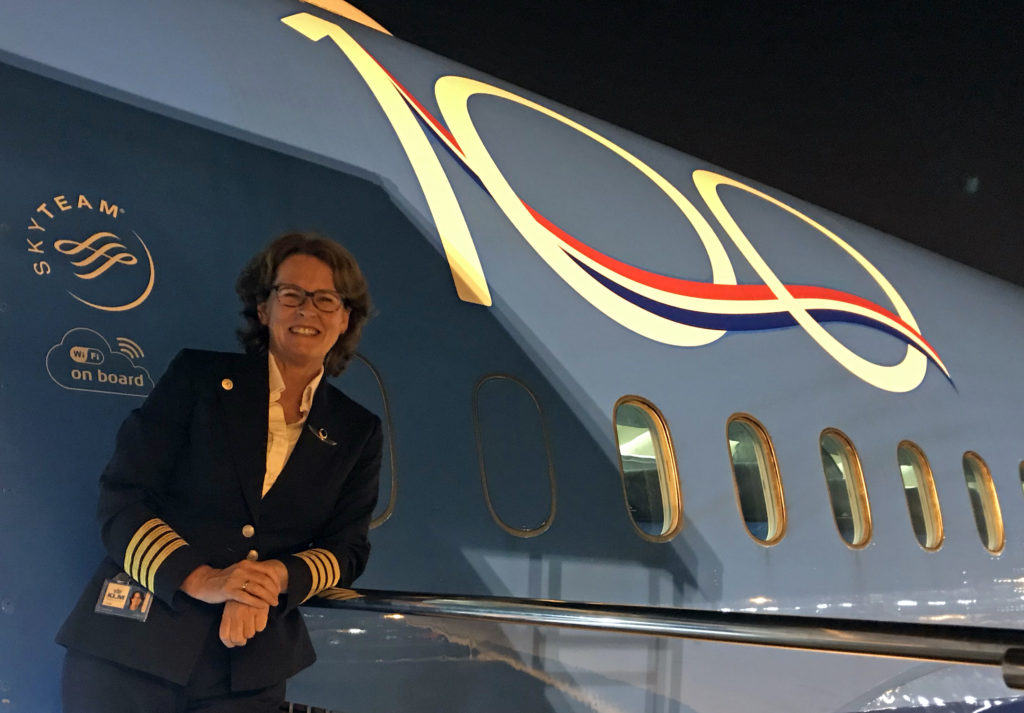 What are your plans?

“I’ll be retiring in five years’ time. My husband and I have always wanted to drive our campervan from the Netherlands to Australia. That’s a long way and we want to take our time. I also wrote a children’s book called “Thirsa en het spookvliegtuig” (Thirsa and the Ghost Plane), which will be released in the autumn of 2020. In the book, Thirsa and her friends go on exciting adventures in a little plane that only she can fly. It’s going to be a dream come true to see my book in bookstores!”

If you dream of becoming of pilot, why not take a look at the KLM Flight Academy website?

(The KLM Flight Academy is KLM’s preferred supplier of cockpit crew and a wholly-owned subsidiary of the company. This is not the same academy as the one where Jacqueline completed her training, which no longer exists). 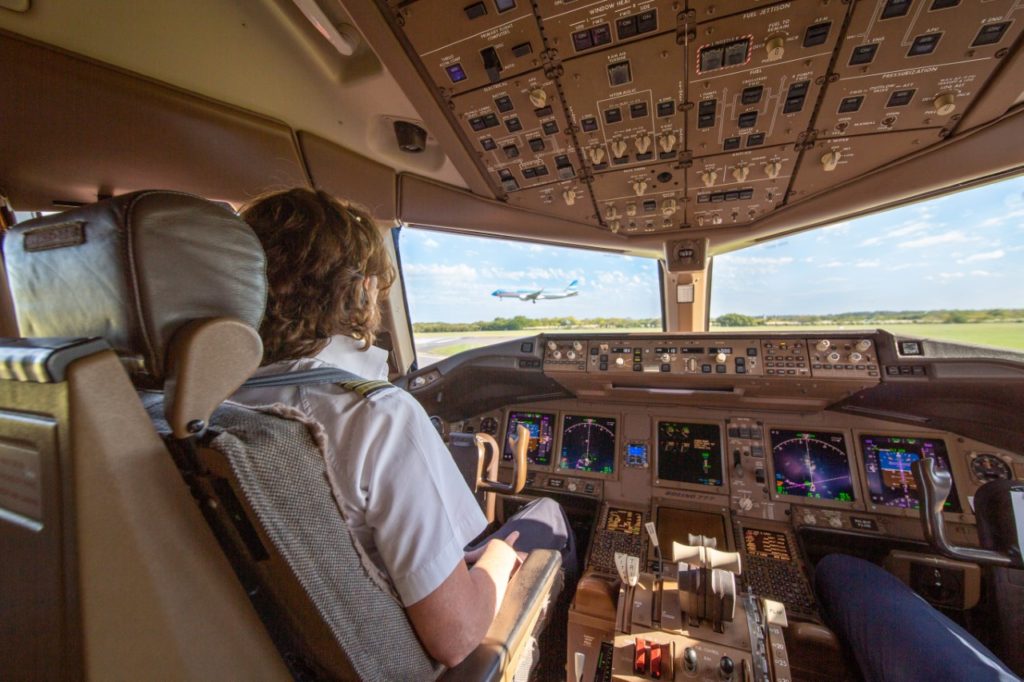 In the series “Taking off with…”, I’ll be interviewing some of my 32,000 colleagues…

Getting paid to fly all over the world – how does that sound? Working…

I have been a KLM pilot for more than 27 years and friends, acquaintances,…

Being the grandson of a pilot, the nephew of two KLM cabin attendants and…