For years, we’ve been capturing the most amazing KLM destinations in inspiring videos for the iFly KLM Magazine. In so doing, we’ve always had a local show us the nicest places in and around the city. But we came up with something completely different for the brand-new destination of Málaga: the First Flight concept, where instead of a local, a KLM cabin crew member shows us the ins and outs of the destination. 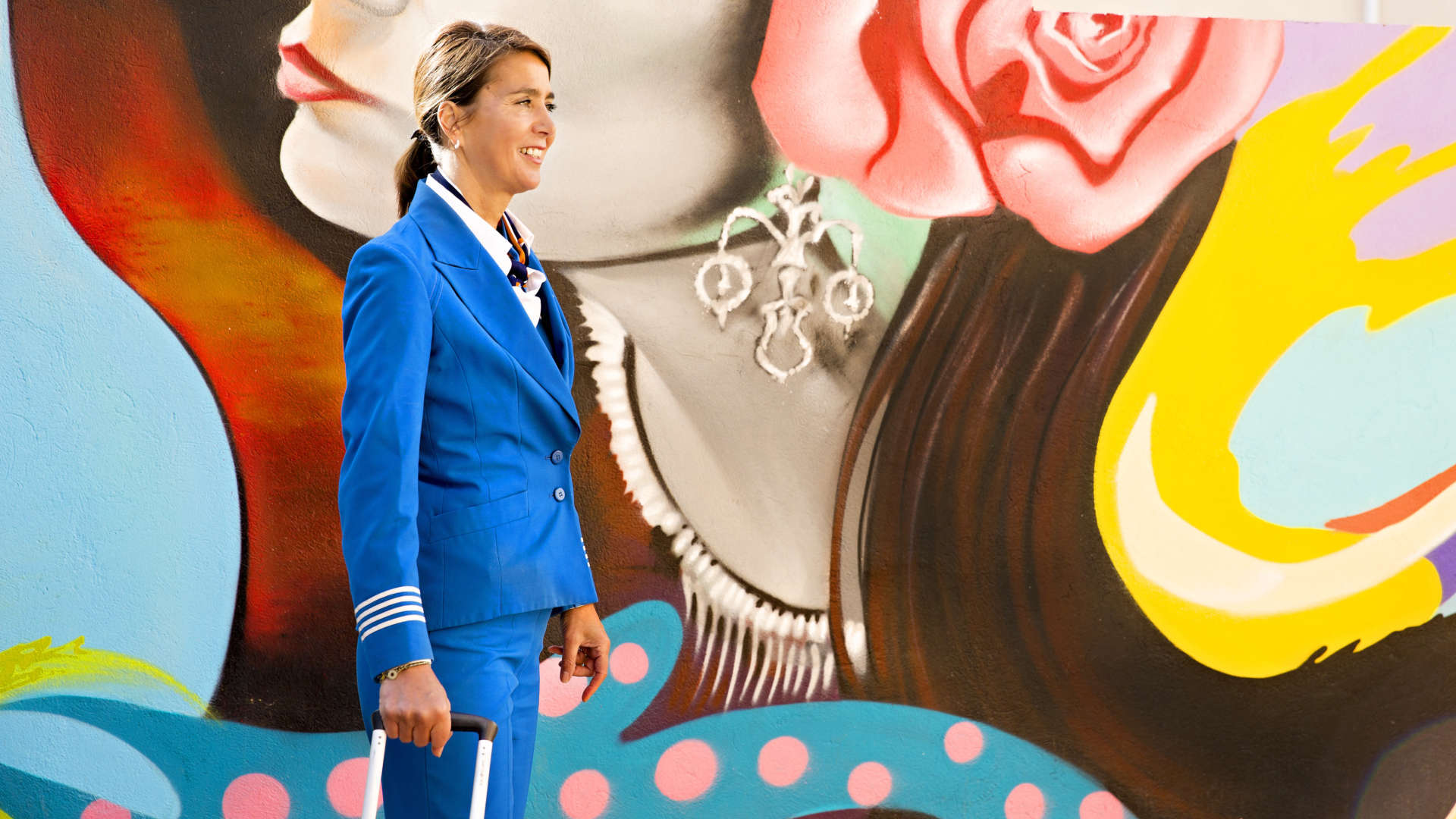 At the start of the year, a call for crew went out internally: who has a thing for Málaga and would enjoy a working on a promotional video focusing on this new destination? The responses included a video clip from Margot Frank. She joined KLM 25 years ago and has been living in Málaga for the past year. In short, the perfect candidate. 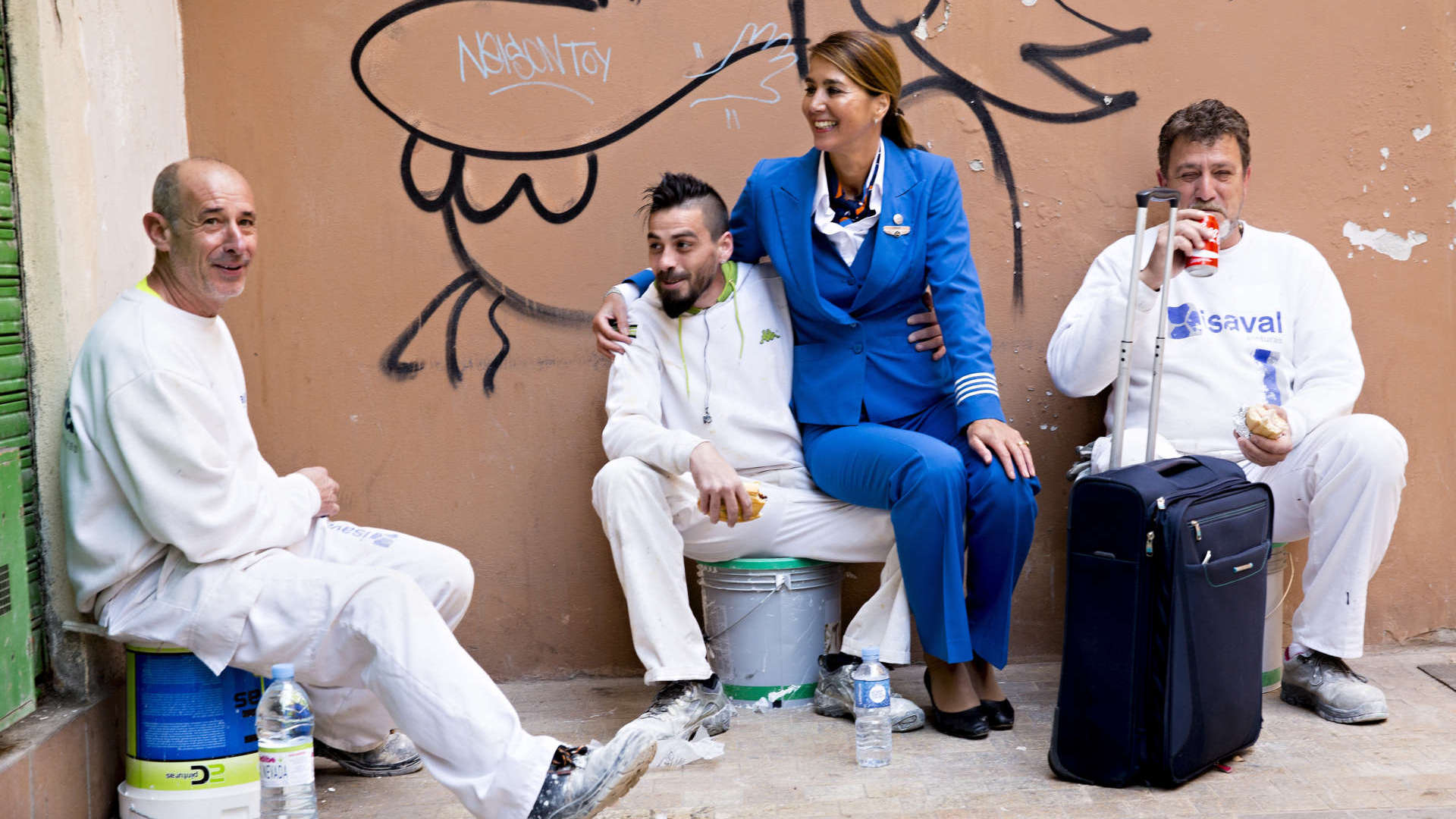 The highlights of Málaga

And so it came to pass that at the end of March we headed for Málaga accompanied by a camera crew to meet Margot at a sunny sidewalk cafe. The video aims to highlight several aspects of the city within a 2.5-minute timeframe. Whereas in the past, we tended to head off the beaten track for the Little Secrets videos of the iFly KLM Magazine, the new format aims to portray more of a general, popular image of the destination. And that’s why, for Málaga, we took the camera crew passed the highlights of this wonderful city: the Mercado Atarazanas, the Alcazaba of Málaga, the Picasso Museum and, of course, the beach! 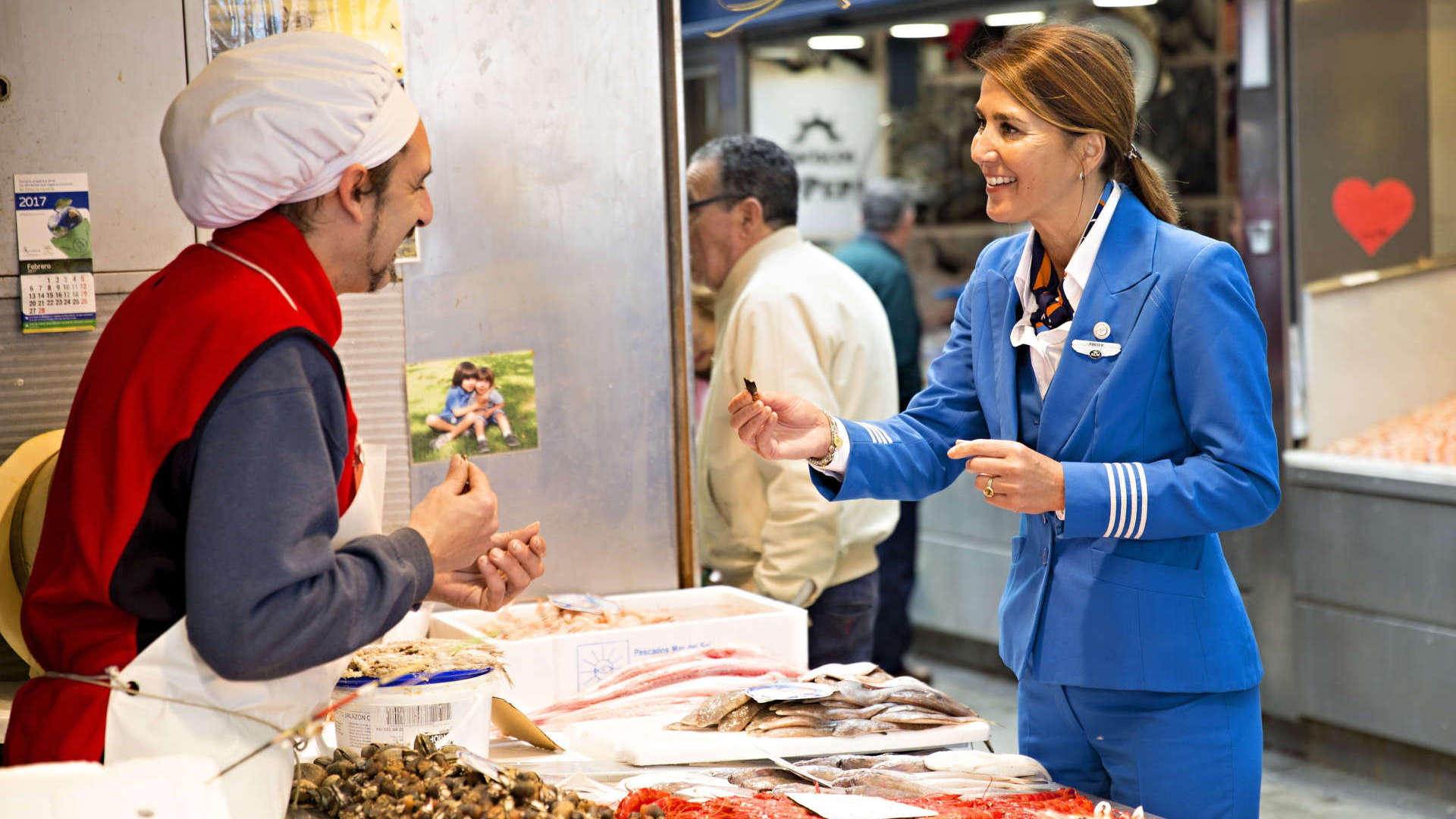 Uniform as a moving advertisement

Quite unexpectedly, Margot’s KLM uniform served as an excellent advertising tool to promote the new scheduled service. More than once, she was approached by people wanting to know what we were up to. The response was brilliant when we explained the reasons for our visit. The uniform looks great on camera as well: the well‑known KLM blue stands out brilliantly in every frame. 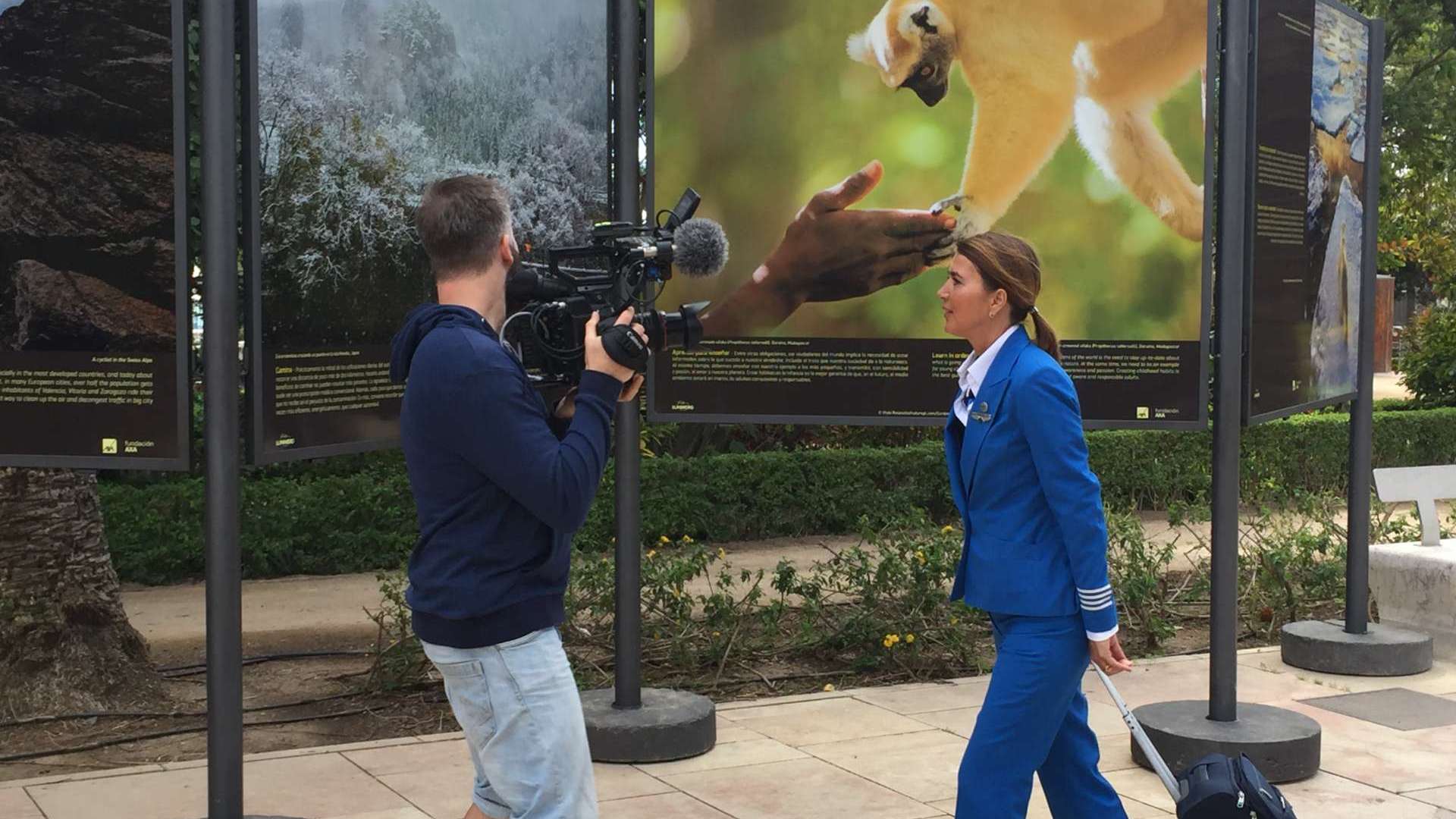 From sunshine to rain

Of course, there’s always a challenge: at the end of the afternoon on our first day of shooting in sun-soaked Málaga we heard that the weather forecast for the next day was lousy. After extensive deliberation – also with the home front – we decided to postpone day two of the shoot for a day. And wisely so, because it rained cats and dogs the next day. It would have been impossible to do sunny Málaga justice on camera. Luckily, the clouds were gone the day after that and we were able to finish shooting the video under a clear blue sky. 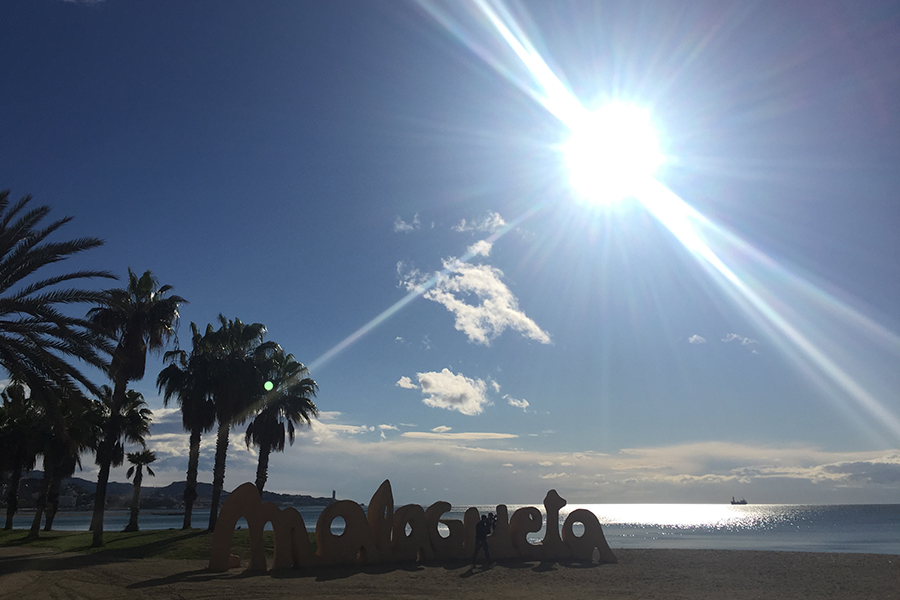 Curious to see the results?

You won’t be disappointed! Either way, we’re really chuffed with the outcome. Watch the video in the iFly KLM Magazine here:

About the iFly KLM Magazine

The iFly KLM Magazine is KLM’s digital magazine. For more than six years, we’ve been inspiring millions of people around the world with colourful travel stories, video reports and surprising travel tips about new and well-established KLM destinations. Register for the mag and don’t miss a thing.