‘I love it when a (flight) plan comes together!’  Even if you’ve never heard of the TV series “The A-Team”, you will undoubtedly have heard the famous sentence Colonel “Hannibal” Smith said at the end of every episode when, once again, the baddies had been caught thanks to his ingenious plan.

I wonder whether an episode would have ended so well if my childhood hero had had to compile a flight plan. A flight plan contains all the information needed to get an aircraft from A to B. And that is a lot of information! A “flight planner” is given the departure and arrival times and then has to work out the most efficient flight plan, taking a range of factors into account. Ten things they have to consider are:

It’s useful to start here! You need a point of departure and you want to go somewhere. Air traffic control ultimately decides the runway, but the flight planner can predict which it is likely to be based on wind direction. The runway with the (most) headwind will usually be used. 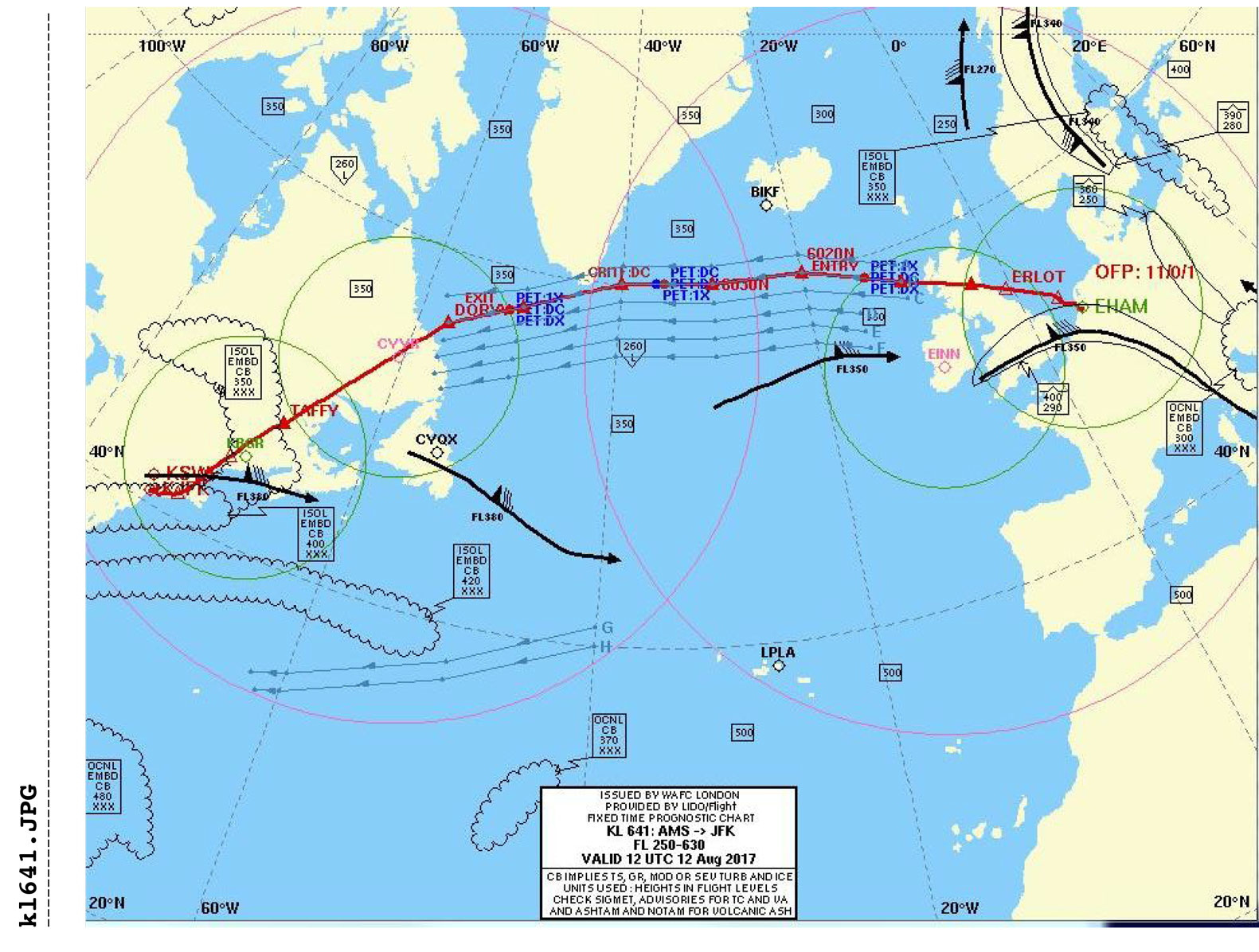 Different altitudes are possible during a flight. The lighter the aircraft, the higher you can fly. The higher you fly, the more fuel you save. Unless there is a stronger tailwind at lower altitudes, in which case it might be more efficient to fly low. 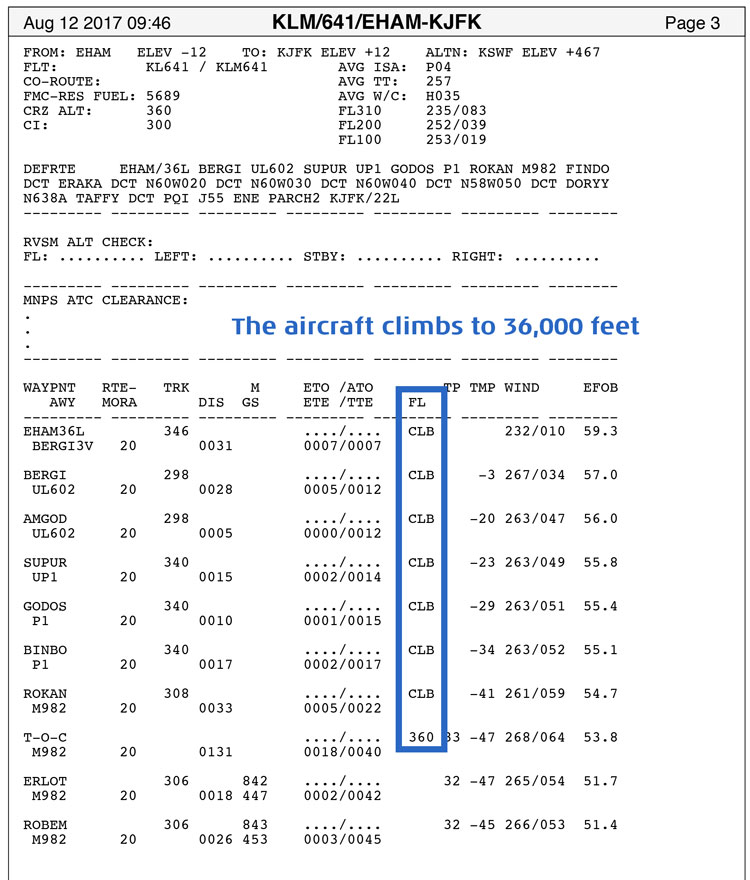 Page 3 (out of the 20) of the flight plan from Amsterdam to New York.

The wind is a very important factor for take-off, landing and the altitudes you fly in between. It also affects the duration of the flight and (therefore) fuel consumption. But temperature also strongly influences the altitude, speed and weight of the aircraft. Learn more about the use of a flight plan in this video:

How heavy is an aircraft? And how heavy will it be with the expected number of passengers on board, plus crew, cargo, catering, water, fuel and so on? The total weight of an aircraft affects the speed you need to reach to be able to take off.

At what speed should you fly the aircraft? Lower speeds mean lower fuel consumption, but you also don’t want to risk arriving at the wrong time.

An aircraft becomes unnecessarily heavy if you carry more fuel than required. All the above factors affect how much fuel is needed for a flight. The type of aircraft and whether the air conditioning has to be switched on in the hold (e.g. when shipping fish, asparagus, or flowers) also affects fuel consumption. 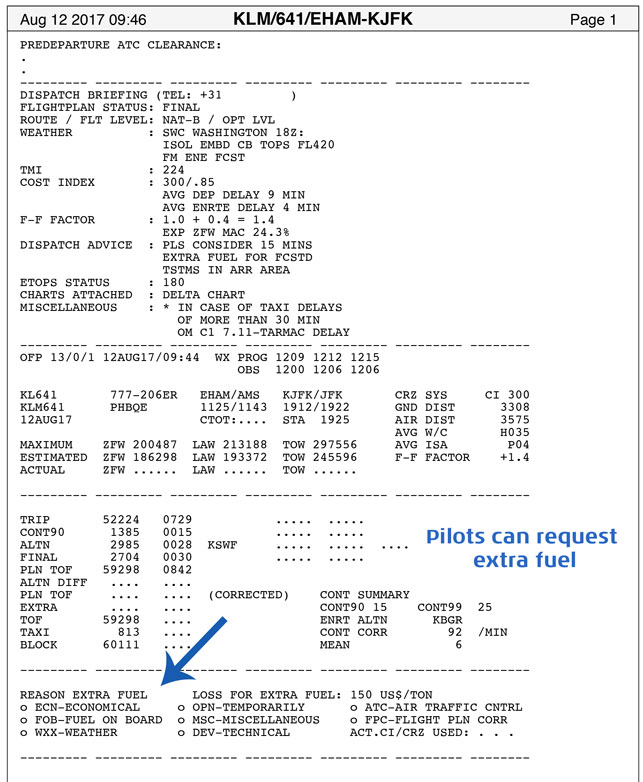 If, for some reason, it is not possible to land at the desired destination, “alternative aerodromes” have to be listed in the flight plan. You have to take into account that using one of these may mean longer flight times and therefore extra fuel consumption. 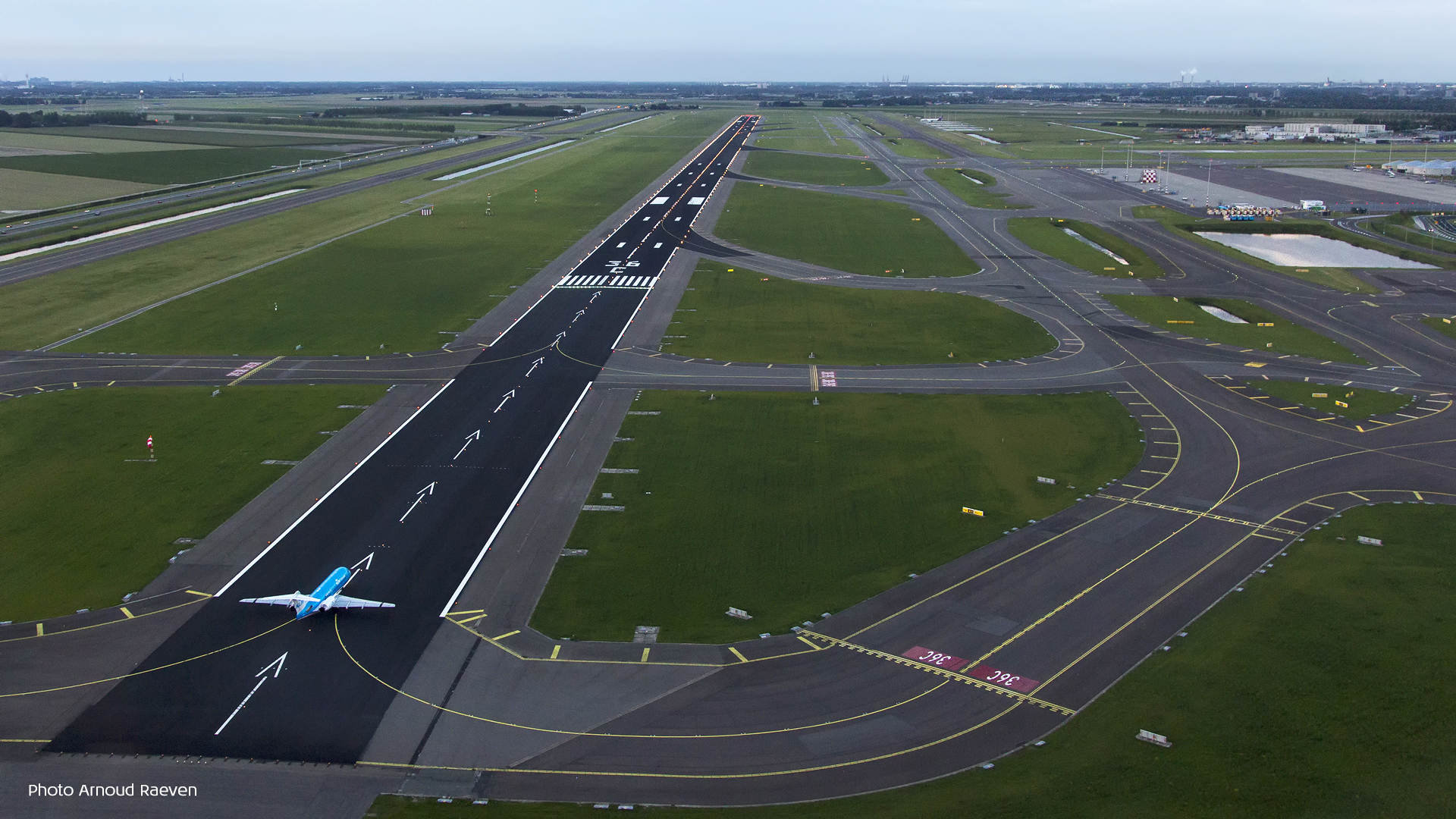 Taxi times are increased by de-icing operations or using the runway furthest from the terminal.

Many roads lead to Rome. Is the straightest line, as the crow flies, from A to B the best? We have seen that a route, wind, altitude, fuel consumption, temperature and speed are all inextricably linked. Other routes may have more favourable wind conditions, which make it possible to reach a destination on less fuel. Which combination of all these factors will create the most efficient flight plan?

Once a flight plan containing all this information has been drawn up, it can be passed on to air traffic control and the required quantity of fuel can be ordered. The pilots receive the entire flight plan on their iPad, so that they can optimally prepare and execute the flight. I love it when a flight plan comes together!