There are people who take pleasure in seeking out the weirdest, strangest, most bizarre places on our planet. Our #weirdplaces hashtag helps point them in the right direction.

A volcano is in itself a magnificent phenomenon, but the Kawah Ijen volcano in Indonesia is breathtakingly unique. It doesn’t spew forth flaming red lava, but bright blue flames. The turquoise lake that accompanies it, is recognized as the largest acidic crater lake in the world. But how did this come to be? In this edition of #weirdplaces we explain why this particular spot in the world also loves blue. (KLM approves). 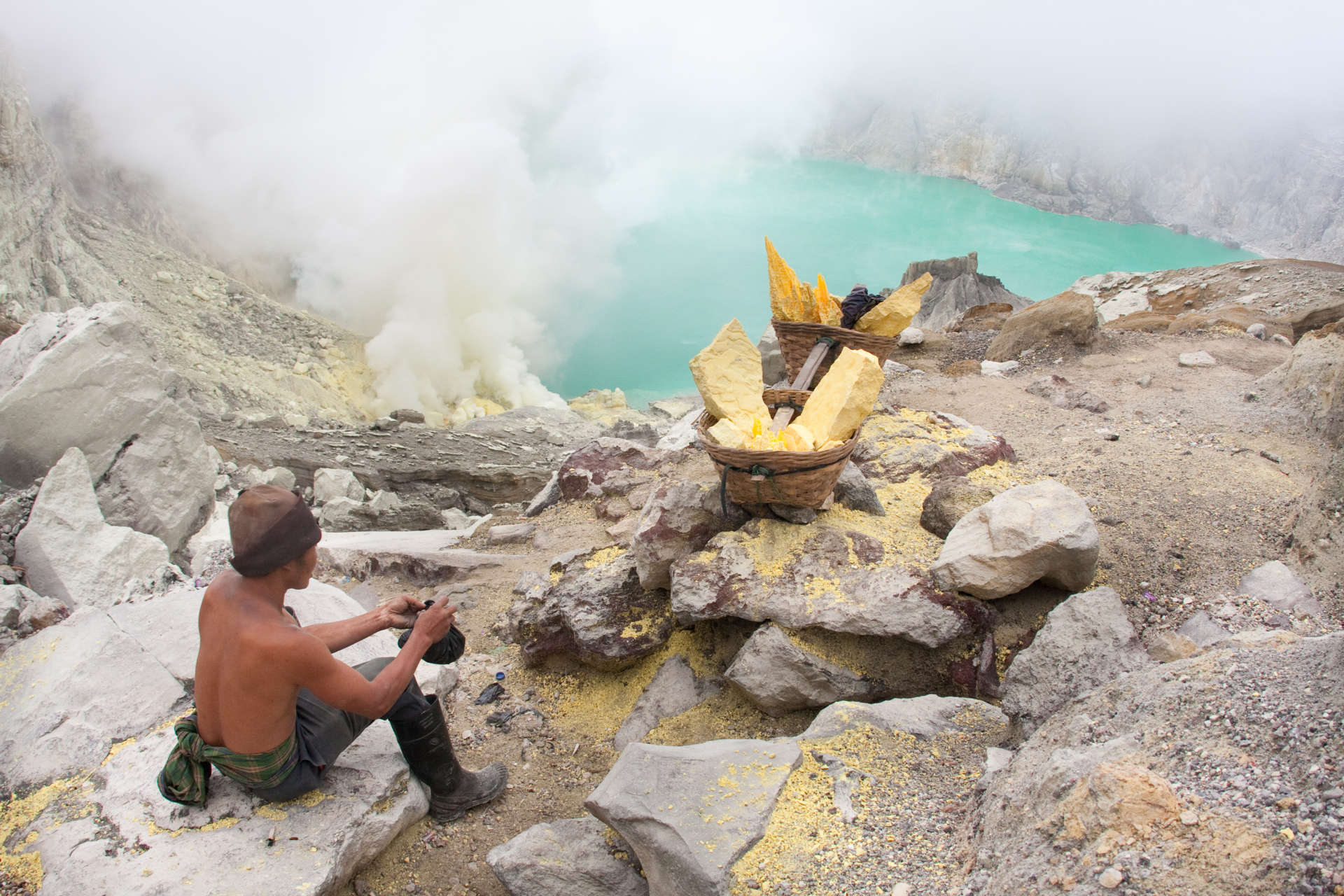 Kawah Ijen is part of the Ijen volcano complex. This is a group of stratovolcanoes in East Java with a 200m-deep active crater.  In the sulphur mine at the edge of this acidic lake, miners work day and night by the light of the electric-blue fire. Sulphur is bright orange when it erupts from the mines. When it cools off, it turns yellow and the miners come to collect it. Sometimes they carry as much as a 100kg in one go. Sulphur is used in a lot of products, such as cosmetics, pigments, fibres and personal care products. The acidic lake consists of a combination of sulphuric acid and hydrogen chloride, making it the color it is. Even though the turquoise color of the lake is inviting, you mustn’t swim in it! It will burn your skin and is so toxic it eats away metal. 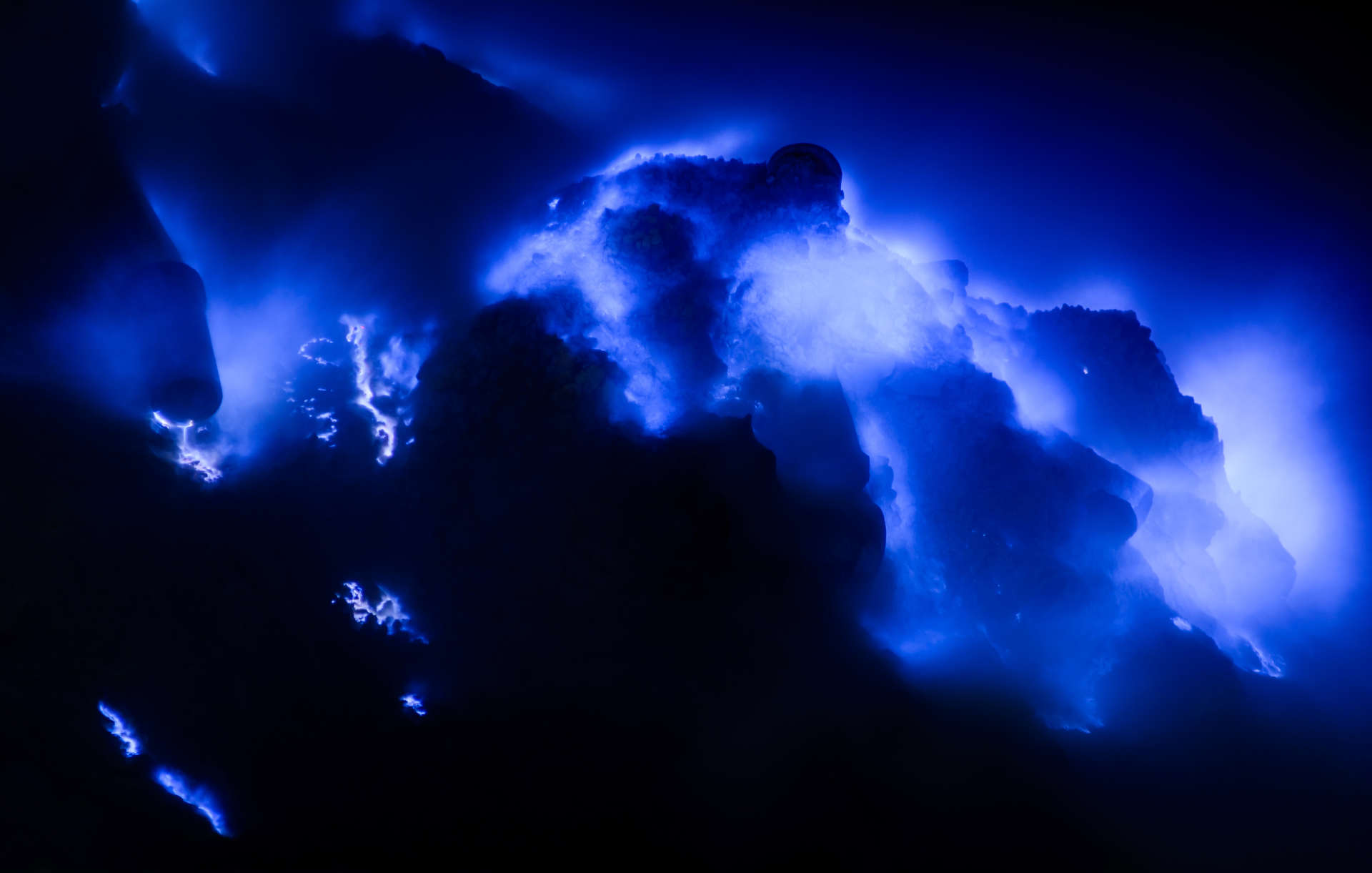 In the matter of the volcano it’s not actually the lava that’s blue, but the gas that the volcano releases. High pressures and temperatures cause large quantities of sulphuric gas to be released. This ignites, creating a blue fire, the like of which is found nowhere else on earth. This breathtaking natural phenomenon attracts numerous visitors and inspires many image makers. The French photographer Olivier Grunewald recently shot some amazing pictures for a new documentary. They’re totally worth checking out.

Do you like this weird place? Check out the other ones: