The tigers were on their way to Lionsrock, an animal sanctuary that also took in six lions that were flown in from Amsterdam last year. Lionsrock is a 1,250-hectare park where predators have ample space to live in freedom. This is a new experience for most of them, as the Stichting Vier Voeters (Four Paws) saves the animals from circuses or private owners, who sometimes keep them in atrocious conditions. Having lived in captivity, the animals can never return to the wild, but Lionsrock offers them the best possible alternative – a spacious enclosure where they can live to a ripe old age. 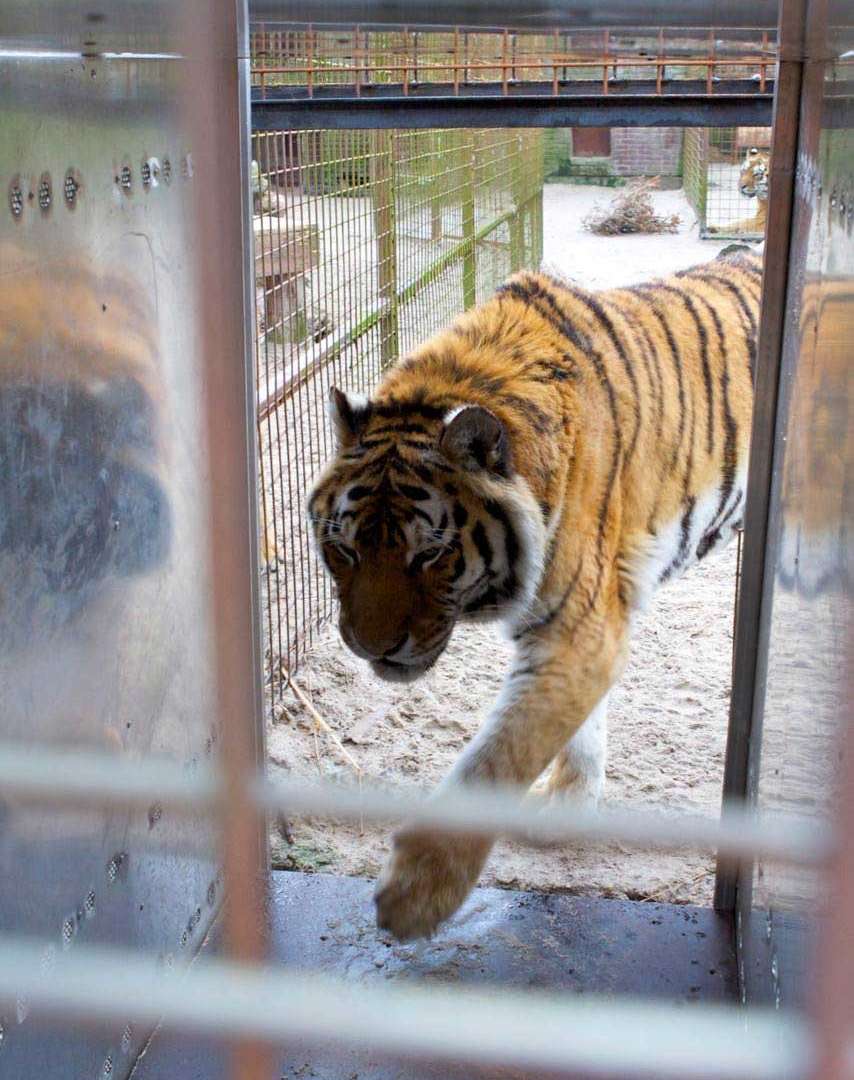 This is Cromwell, who was recently given a clean bill of health, which meant his keepers could train him to walk into the transport crate by himself. Stichting Vier Voeters gives all animals a medical examination before departure. The other five tigers were briefly sedated for their medical examination and then placed in their crates, which meant they were awake for the duration of the flight. 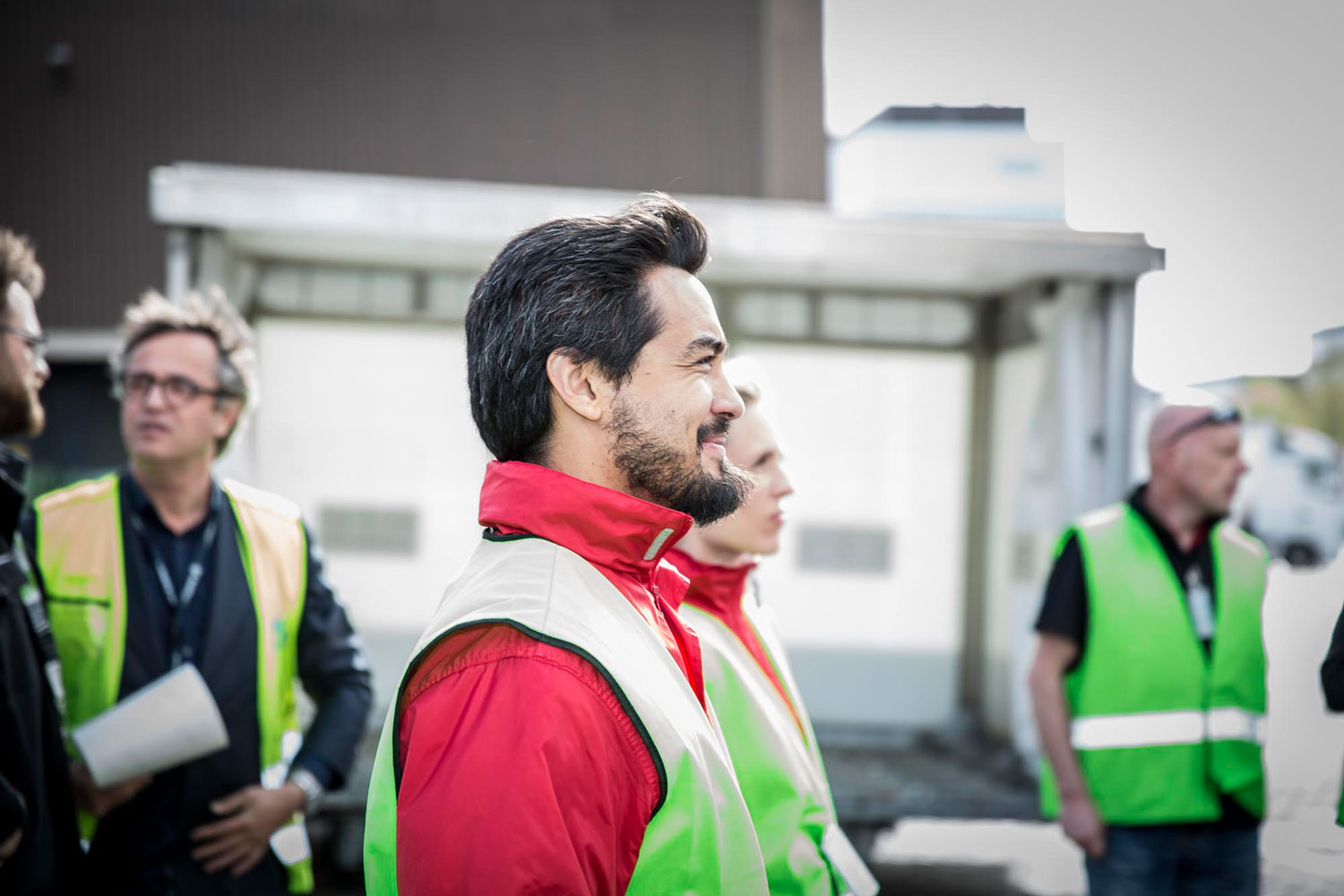 The tigers’ trip began in Friesland province, where Stichting Vier Voeters (SVV) has its shelter. From there, they were taken to the Air France KLM Martinair Cargo Animal Hotel at Schiphol. In this photo, we see keepers Jelia den Herder and Robert Hengl (from Vier Pfoten Vienna, SVV’s Austrian counterpart) waiting with veterinarian Bas Landman, ready to assist with the unloading of the tigers. This is supervised by a professional team from the Air France KLM Martinair Cargo Animal Hotel. Check out the website if you want to know more about their services.

The animals aren’t fed any solids during the flight, because they have had plenty to eat before their journey began. They are, of course, given sufficient water for the duration of their journey. 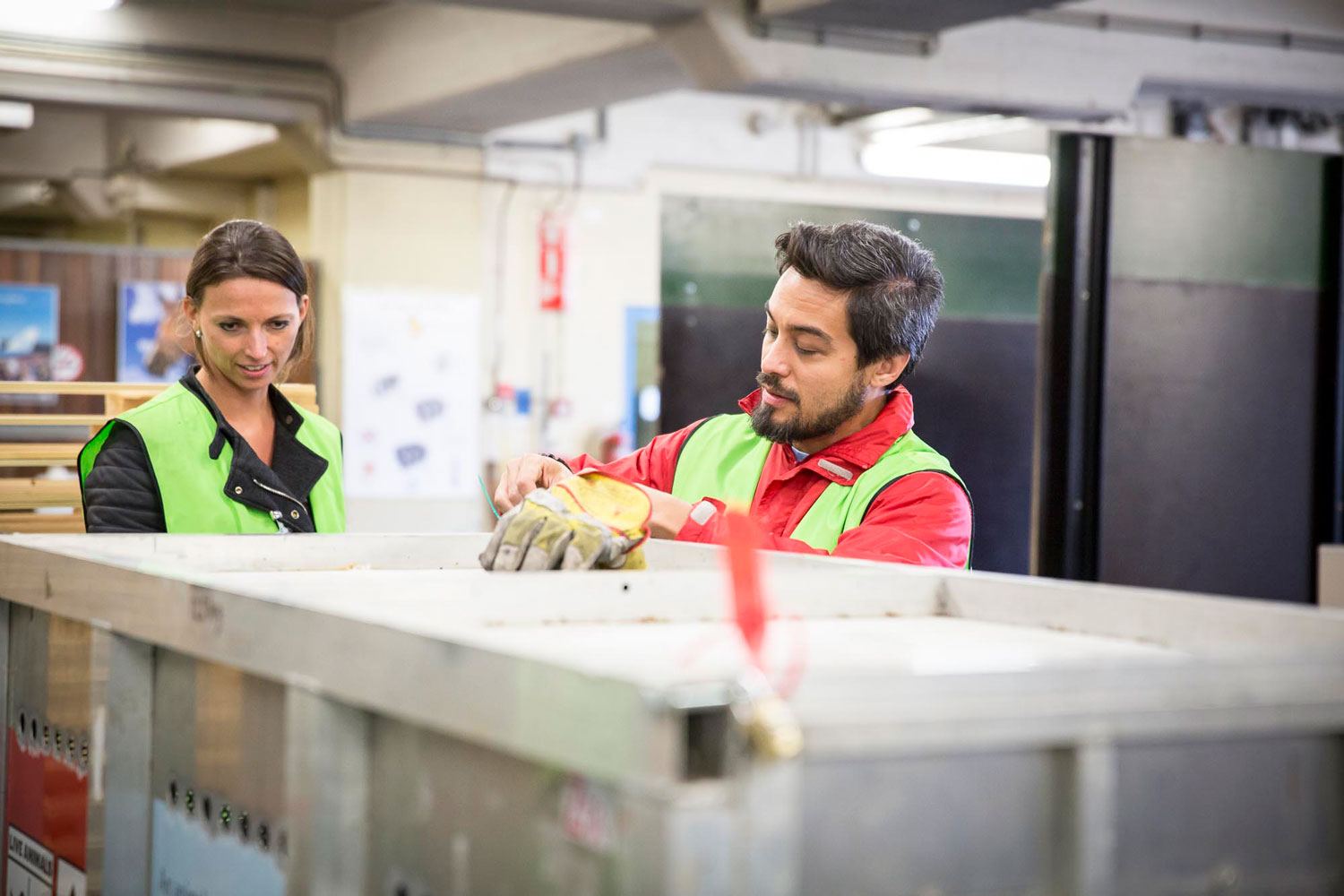 This is Barbara van Genne, who accompanied the tigers as a keeper. Here we see her sealing the transport crates together with Robert Hengl. From this point on, the keepers are the only ones who are allowed to the open the crates. 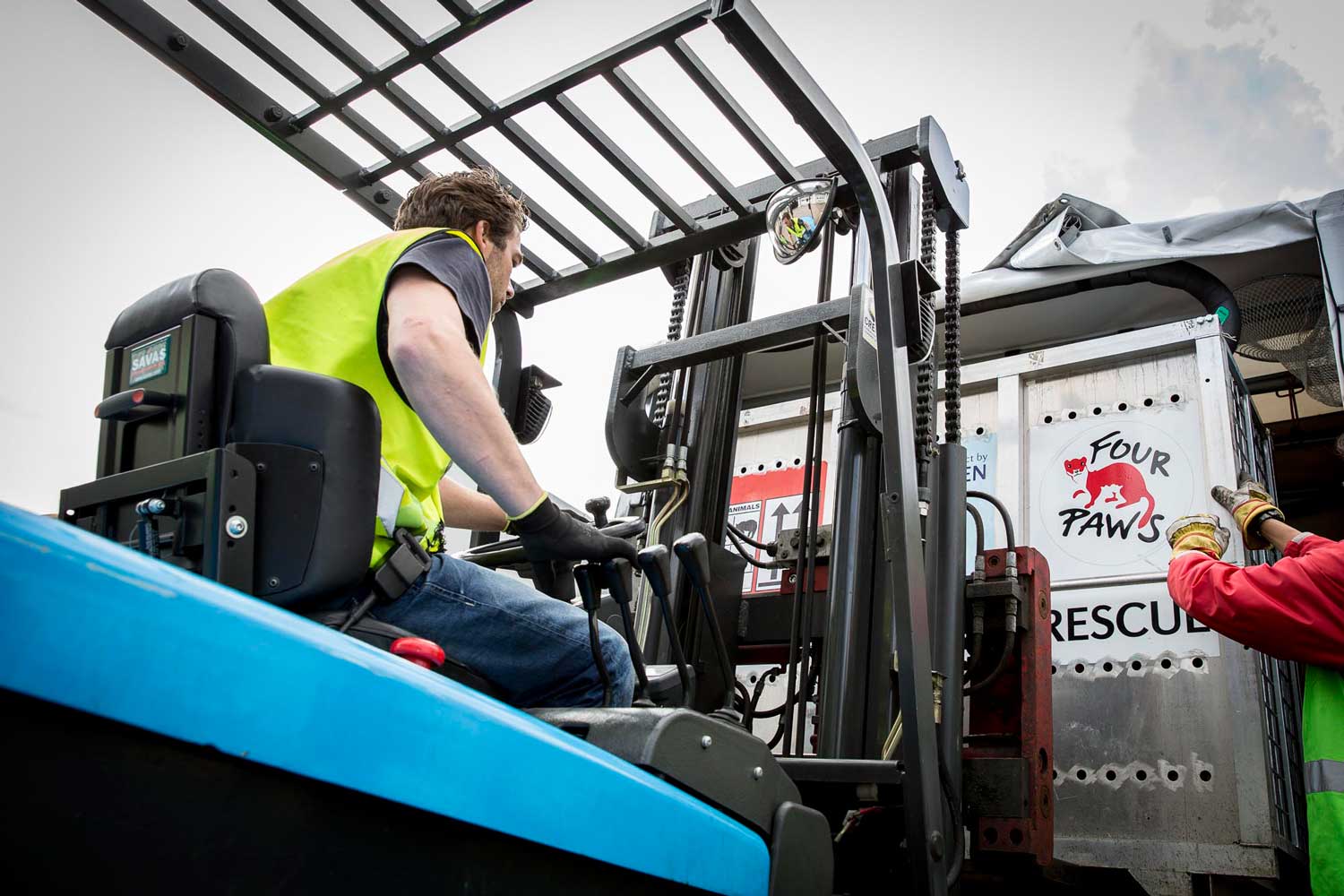 The last crate is unloaded, rounding off the delivery at the Air France KLM Martinair Cargo Animal Hotel at Schiphol. The tigers are at ease and ready for departure to Johannesburg. 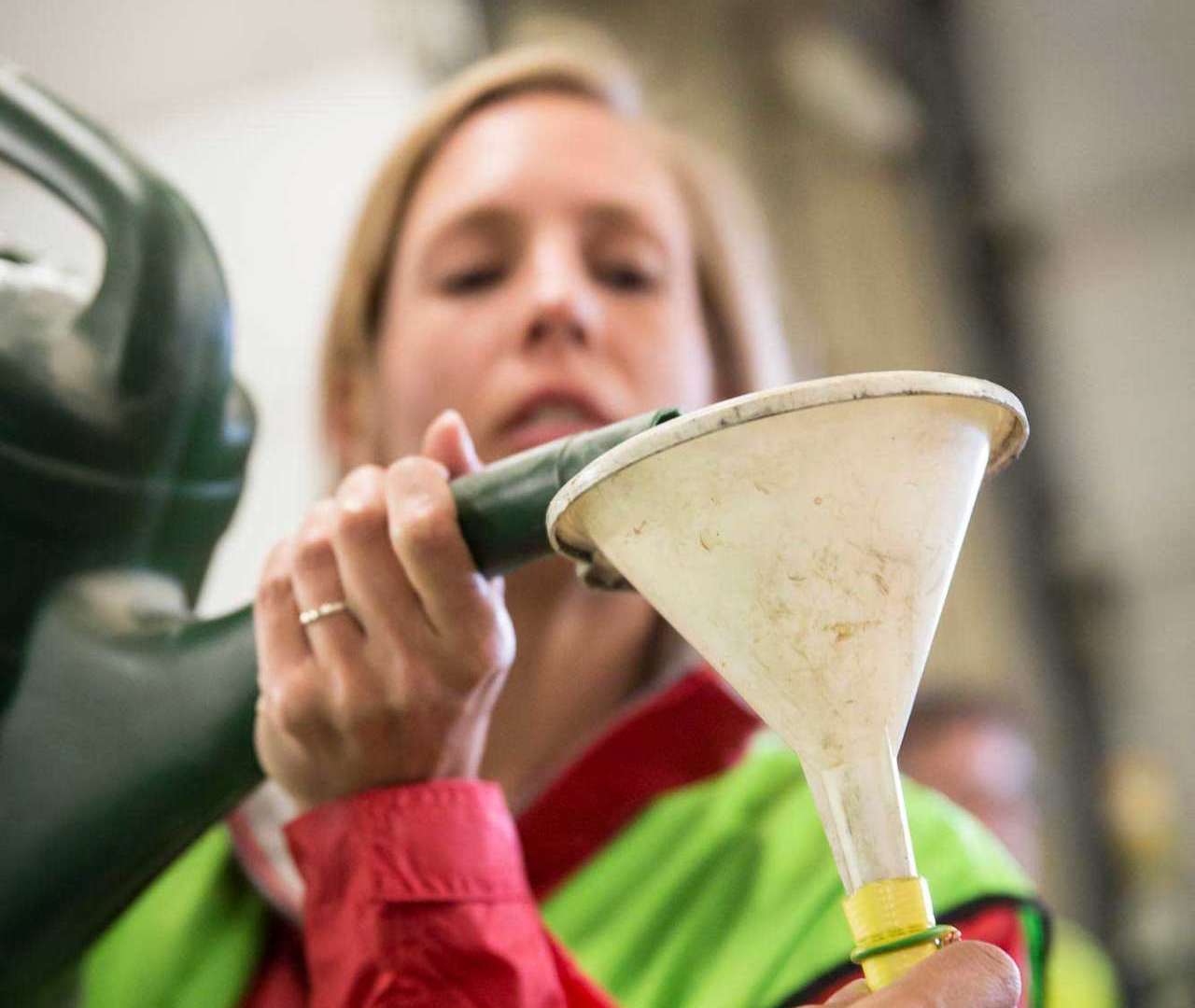 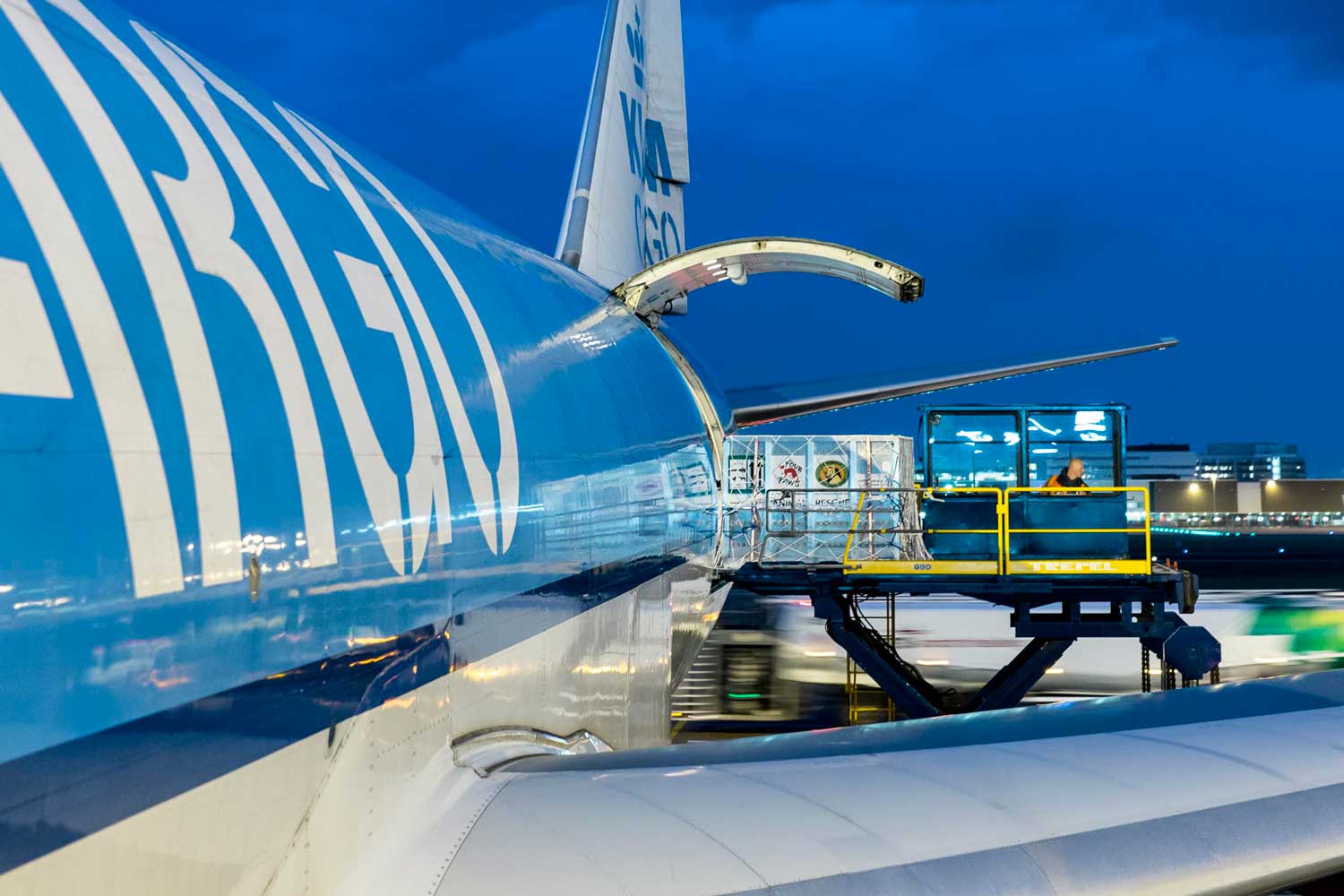 The tigers are taken on board. Each of the crates weighs around 500 kilos. They will be accompanied by keepers Jelia den Herder and Barbara van Genne of Stichting Vier Voeters. 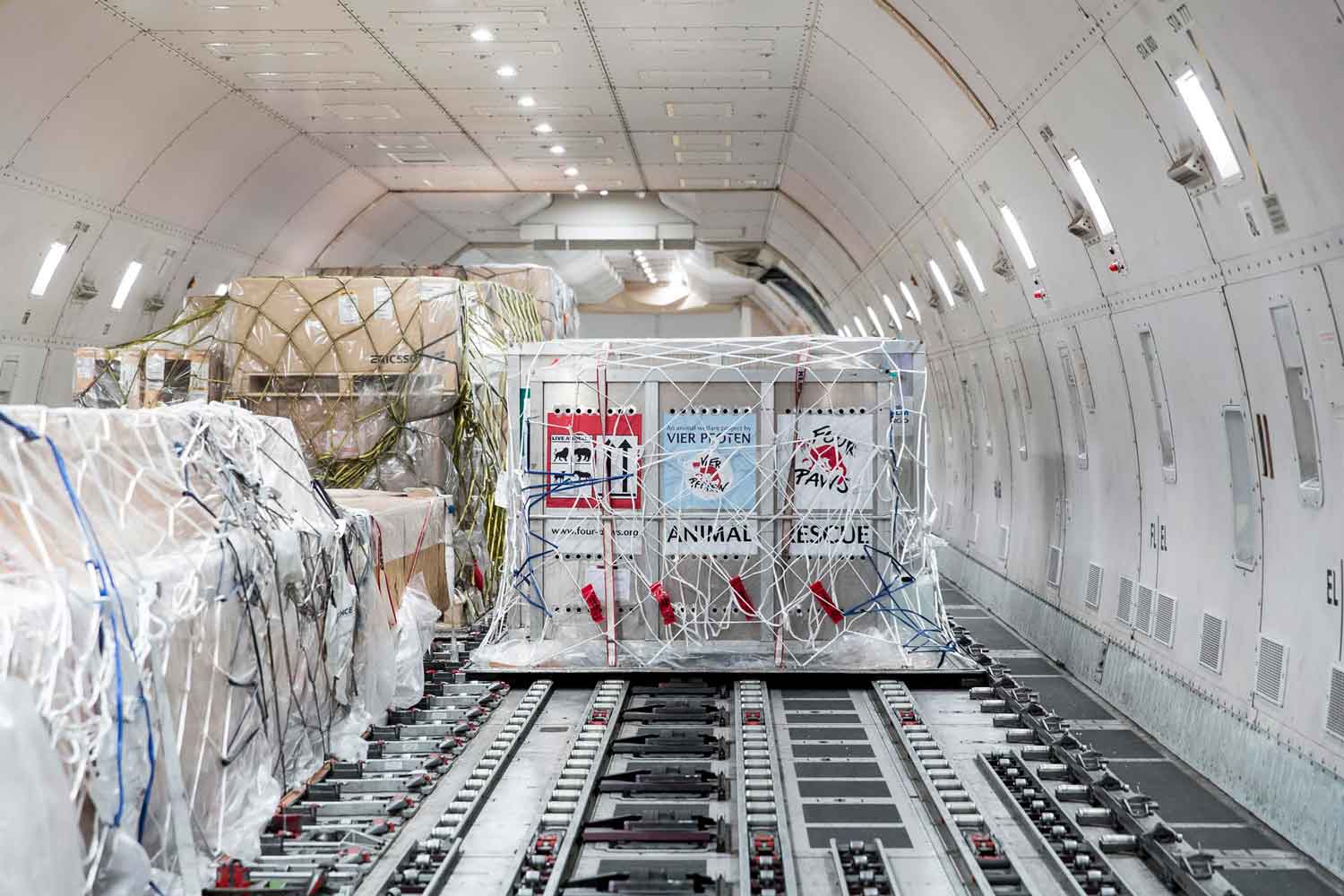 The special transport crates are secured in the aircraft. It is important that the crates are accessible to the keepers during the flight, so that they can monitor the condition of the tigers and give them water. The tigers are approached as little as possible during the trip to ensure that they experience minimum stress. 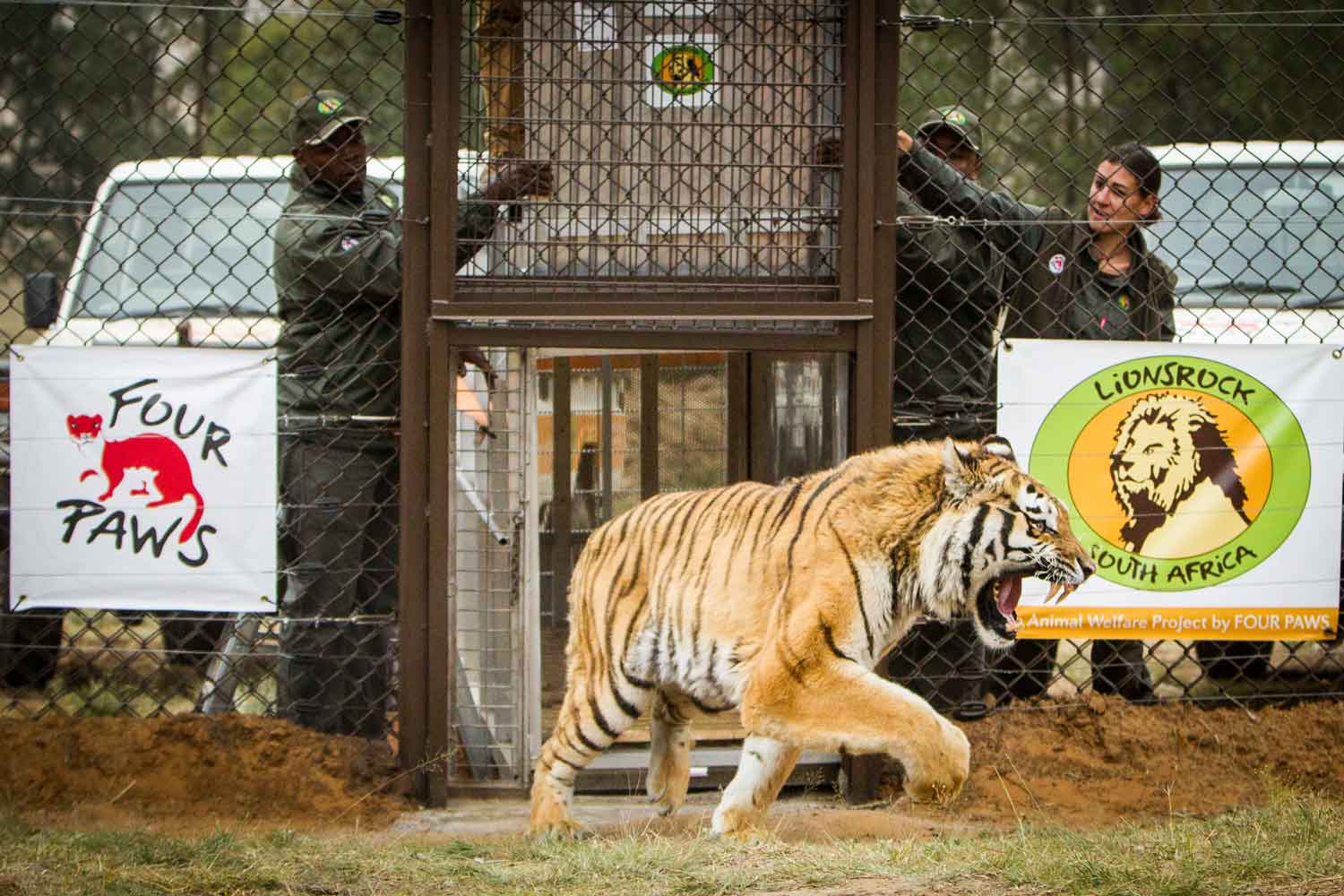 After a calm and successful flight, the tigers are transported from the airport in Johannesburg to the Lionsrock sanctuary. On arrival, the tigers are given food and water. They first acclimatise in a smaller area before being released into the larger enclosure that will be their home.

Here the tigers are released, which is a very special moment for everyone who has helped make this trip possible. The moment is captured by various national and international camera crews, which means the tigers are going to be rather famous.

Thanks to solid cooperation between Air France KLM Martinair Cargo and Stichting Vier Voeters these magnificent animals have found a safe and comfortable home.

Thinking about flying with your cat (or dog)? Check out the information on travelling with pets.