Could you please find out what happened to Midway House? This question prompted me to explore the history of this legendary KLM hotel in Karachi, Pakistan. My blog about Plaswijck brought back memories for a lot of people, and I’m pretty sure this story will attract a similar response.

Midway House owes its name to its position on the route between the Netherlands and Indonesia. Located in Karachi, this hotel marked the halfway point on what was then the longest air service in the world. On arrival here, passengers knew what lay ahead of them: an equally long leg to their final destination. On the bright side, they got to spend a night in a normal bed, which meant they were well rested for the second half of the journey. 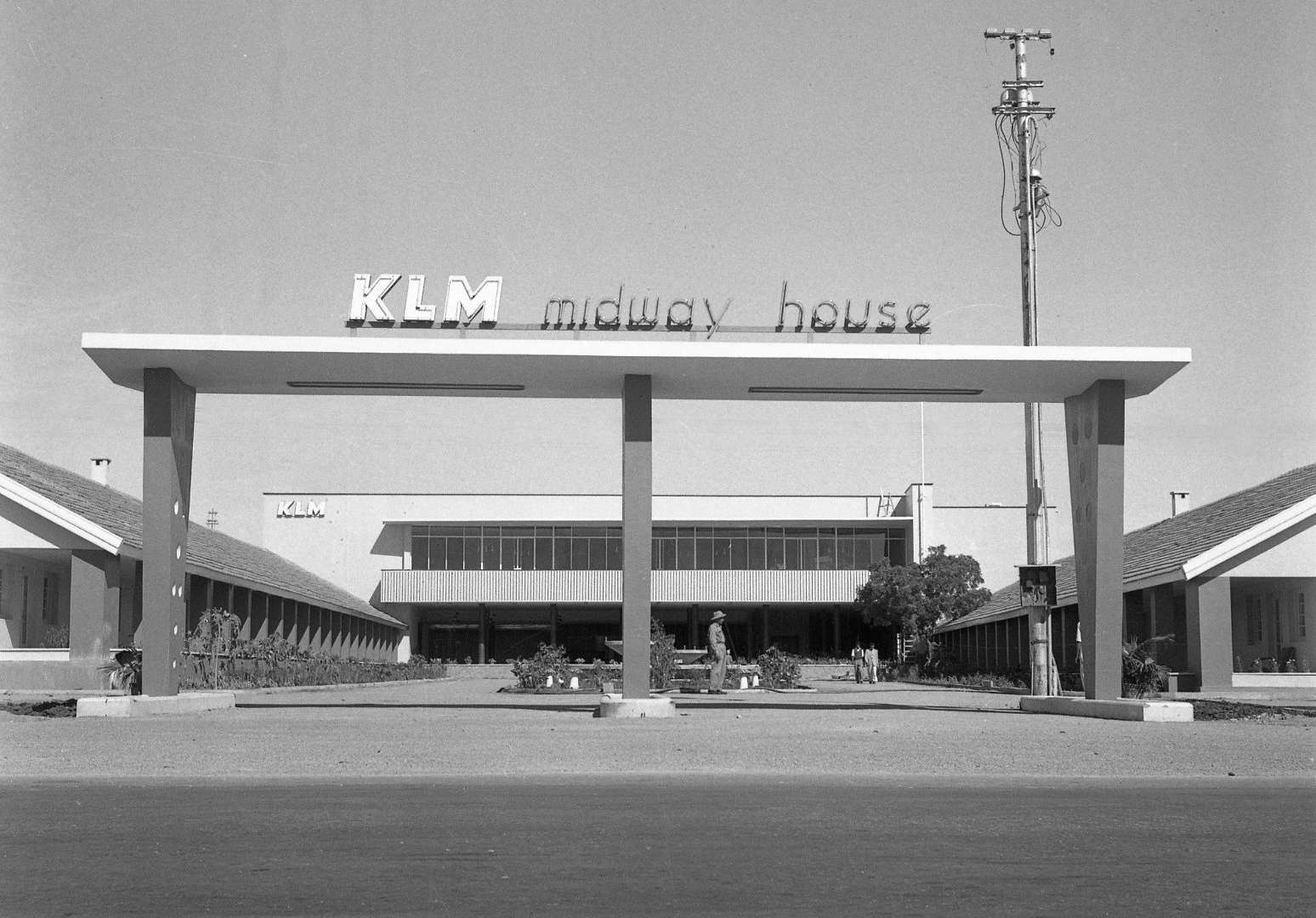 A pond with three fountains

KLM first began using Midway House as a hotel in 1947. It was located near to the airport and was extended several times over the years. This first happened in 1958, when the hotel underwent restoration and extension. This photo of a the main entrance somehow brings to mind The Flintstones. Behind the sign “KLM Midway House”, you can see the main building, which included the dining halls and other recreational and meeting facilities. The rooms were located in U-shaped wings on either side of the main building. There was an open gallery out front, with seats, so that you could sit outside your room. In an article about the opening, the KLM in-house magazine Wolkenridder wrote: “A two-lane thoroughfare for visiting traffic, with the entrance on the left and the exit on the right. In between, there is a garden with three fountains and a pond.” You can almost hear them pitter-pattering. The hotel had 276 beds, spread across 96 single rooms and 90 doubles, each with their own bathroom. In short: comfortably appointed. 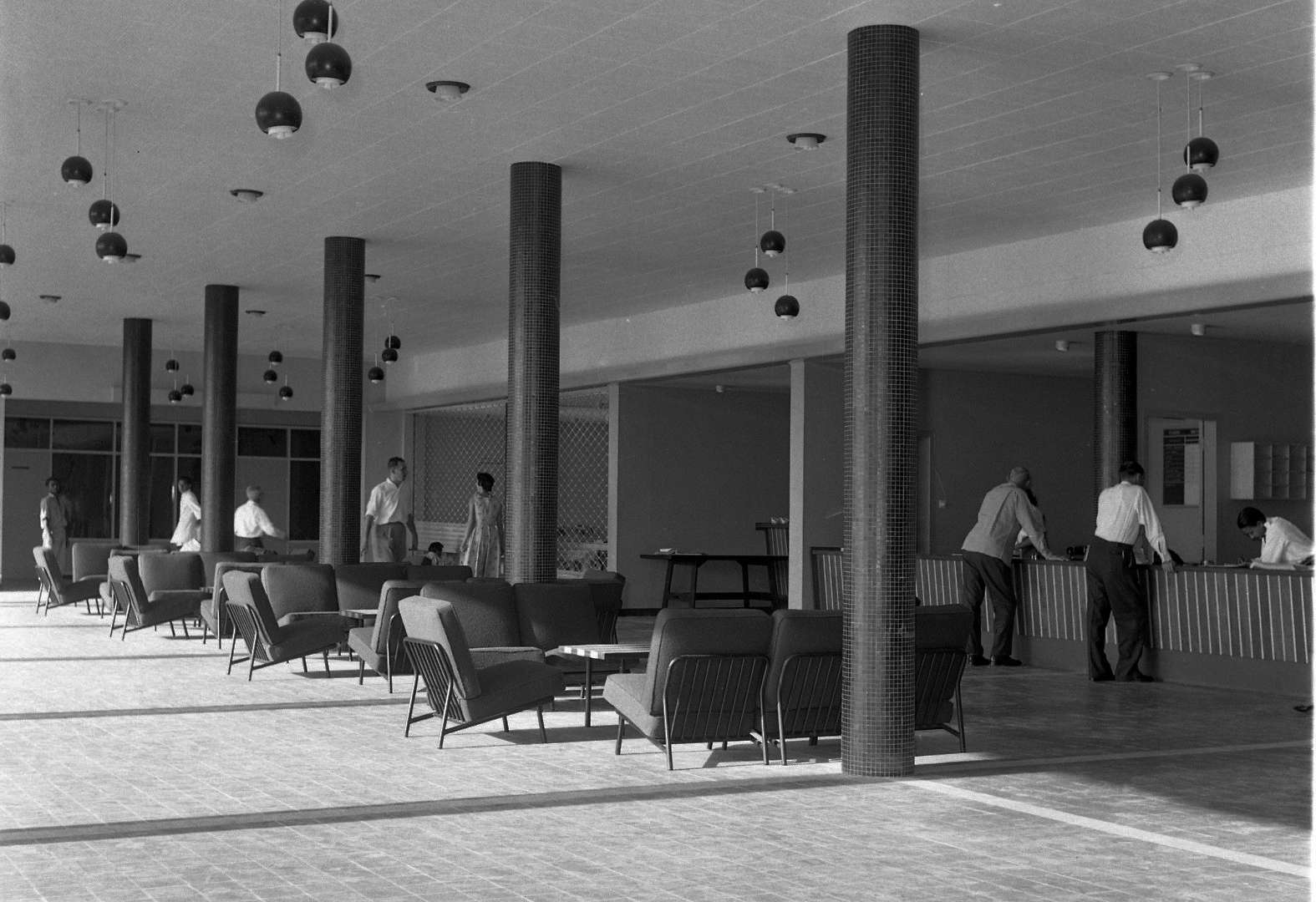 Before writing this blog, I sent out a call to cabin crew and went in search of stories and experiences relating to the hotel. I won’t quote anyone, but I heard stories about the questionable hygiene, a swimming pool full of leaves, and a clairvoyant at the sunbeds. There was a pedicurist and there were so-called “bearers”, who cleaned your room, arranged the laundry and brought you a cup of potent English tea in the morning, but also warned you of delays: “No need to get up yet. The flight is late.” And there was guard in the gallery at night. It’s not hard to imagine the tropical atmosphere after dark. The silent night surrounds you. All you can hear is the fountain, perhaps a mosquito and the air-conditioner. Well, maybe not the latter, because they were prone to failure, but still, you get the picture. Strangely, all of these stories – regardless of whether they were positive or negative – seemed to share a similar bemused sense of “strange, but delightful.” 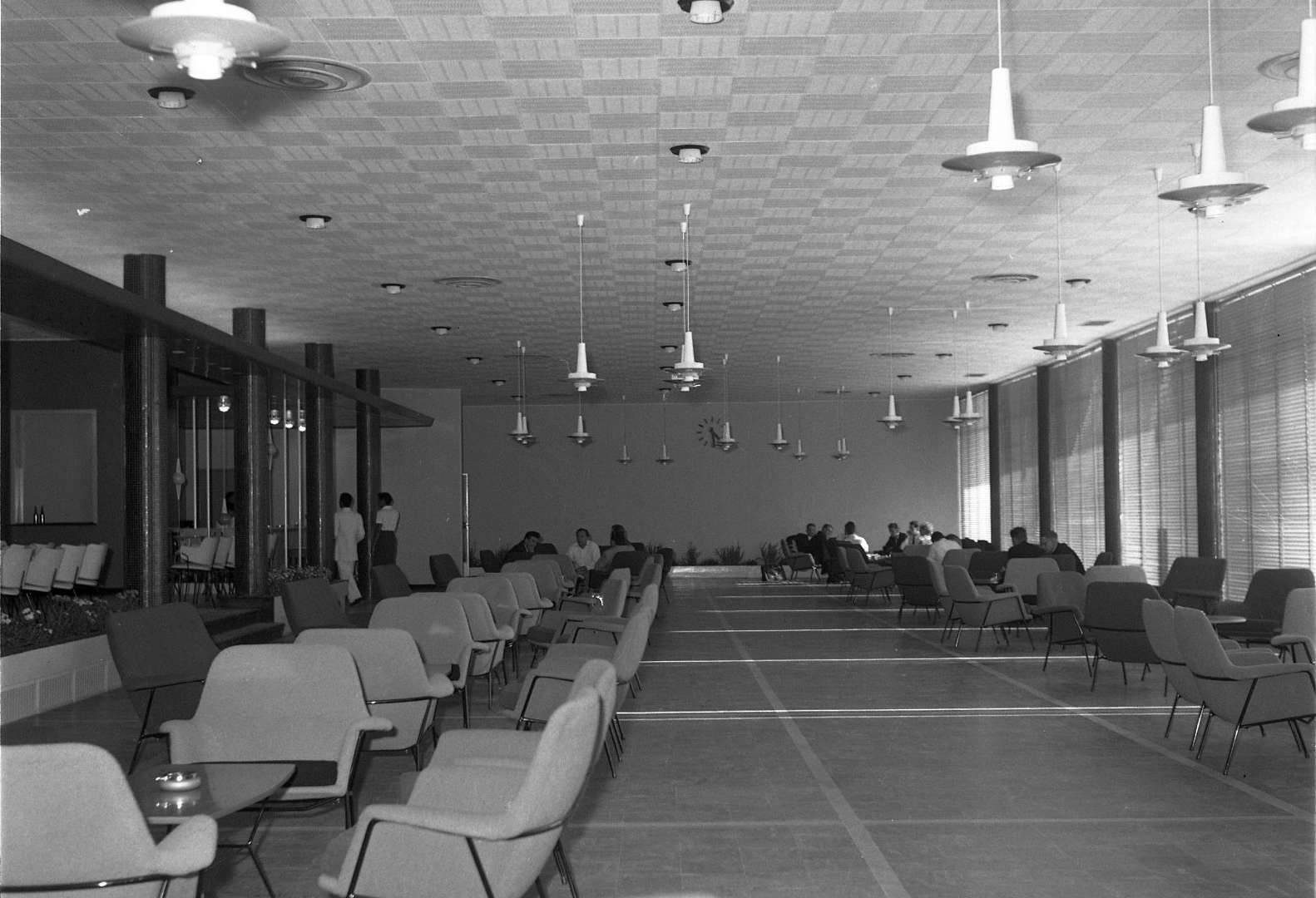 In the mid-1960s, ownership was transferred to “Midway House Ltd”, in which Pakistan International Airlines held a two-thirds share, with KLM holding the remaining third. As was the case at Plaswijck in Bangkok, KLM had a catering building close to the hotel. This was expanded in 1981. Before building could get underway, the foundations had to be dug into the ground. Apparently, the excavated soil was transported from the site by donkeys.

The hotel expanded again in 1984, with a new wing built inside the low-rise buildings on the left-hand side. The number of rooms increased from 120 to 300. The new wing also had a restaurant and a spacious lounge. The yellow and orange of the 1950s colour scheme was replaced with the brownish hues that were popular at the time. The hotel was then part of the Golden Tulip consortium, in which KLM held a share. 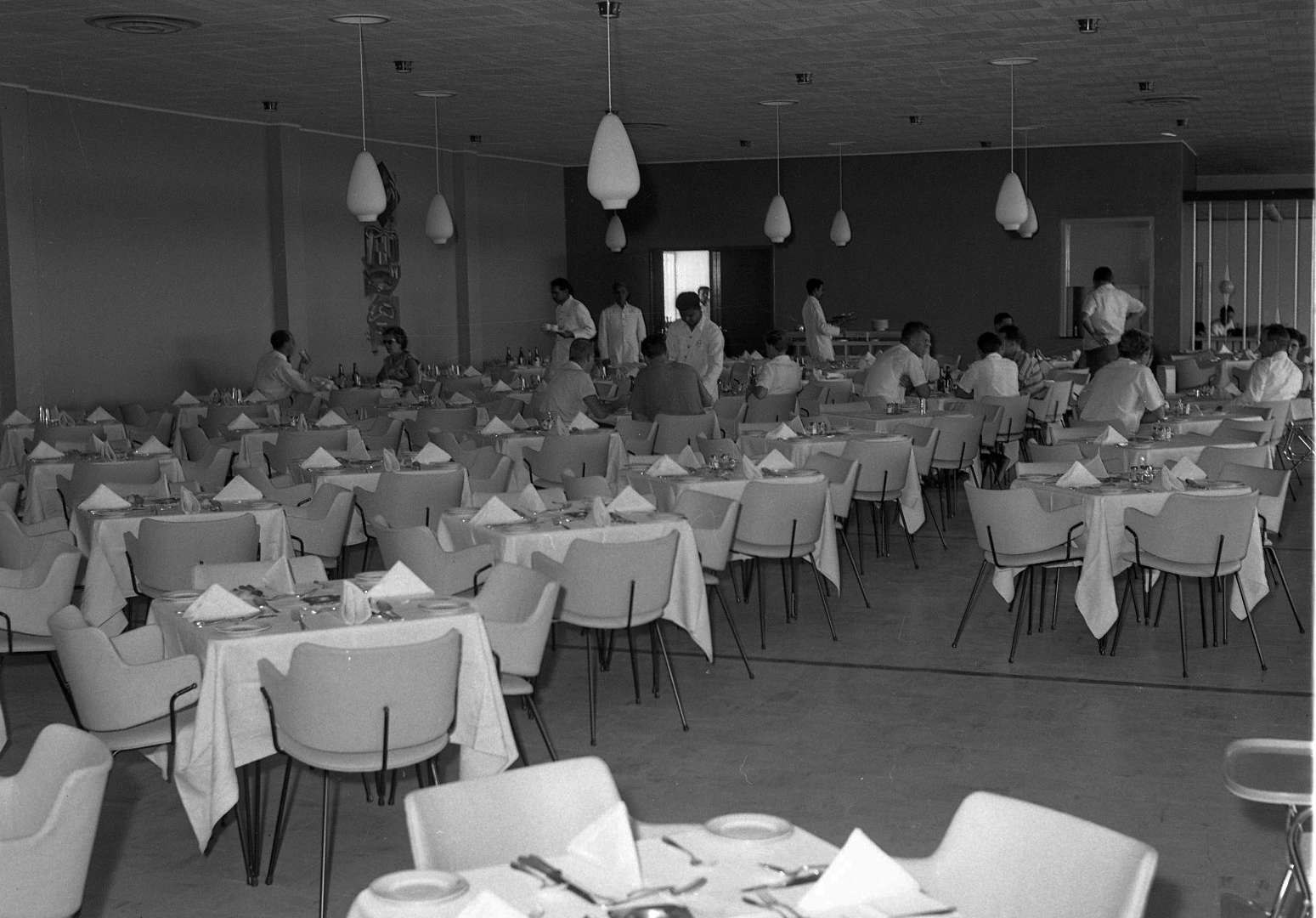 The curtain fell for Midway House as a KLM/crew hotel in the late 1980s. There were fewer layovers on routes and KLM sold off the hotels that it owned, because these were no longer considered core business. The hotel itself is still around, however, and I managed to get a good look at it via Google maps. The layout is still much the same and you can clearly see how close it is to the airport. Sadly, I could also see that the right-hand wing seemed to have no roof. The walls between the rooms were visible, giving the place a somewhat desolate atmosphere. Which brings to mind the old expression that the walls have ears. Perhaps it’s fortunate that they cannot speak.