Funafuti, a name you can fall in love with. And, that’s right, the airport code is indeed FUN. I had to go. After all, anyone who has made it their goal to visit every country on earth certainly may not skip the smallest one. 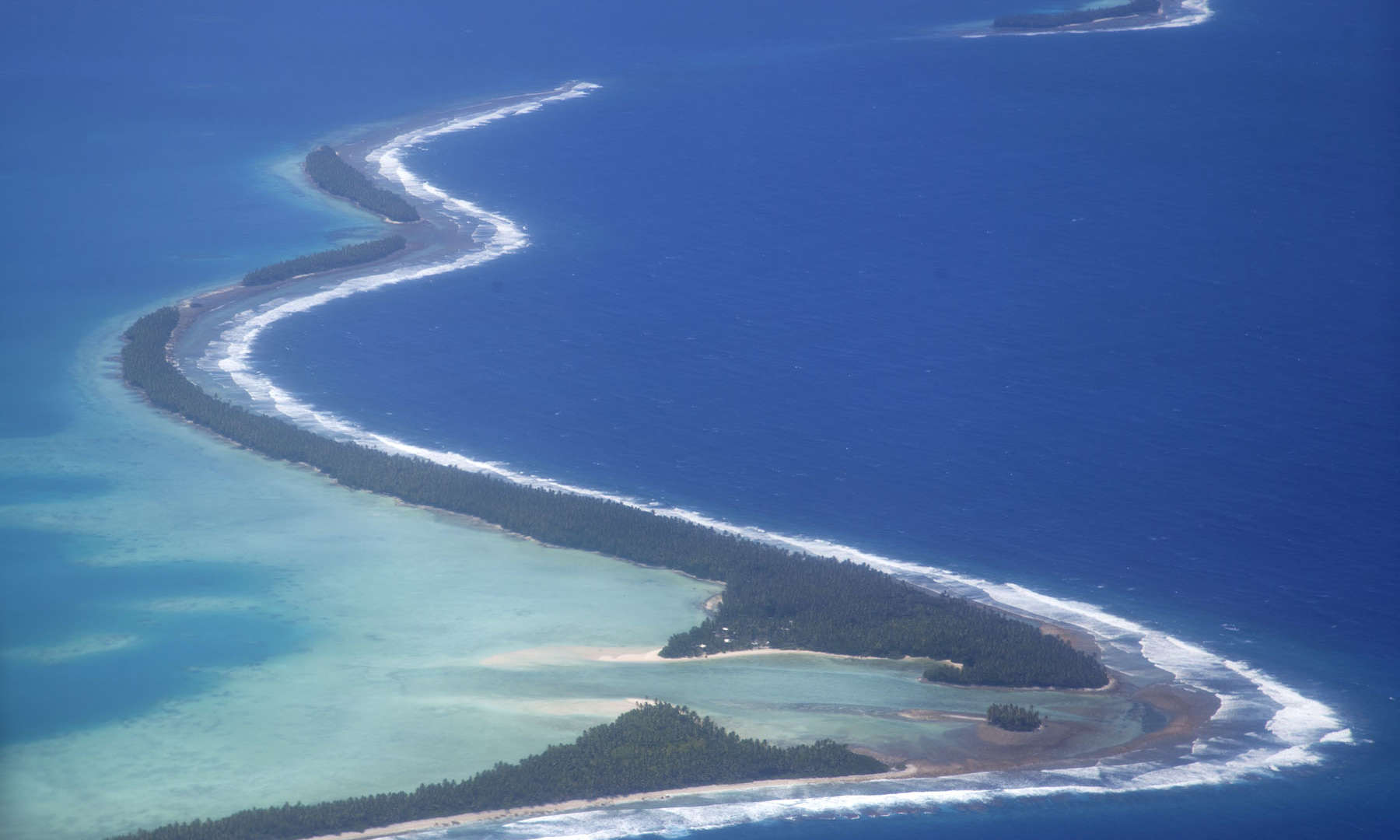 The flight with an ATR-42-500 was making its final descent into Funafuti. I pressed my nose against the window. Below me, all I could see was the deep blue, empty Pacific Ocean, which reached out to every point on the horizon. Only a single, fragile strip of land appeared: The Funafuti Atoll, Tuvalu’s main atoll. It is one of the remotest countries on earth. And, with slightly fewer than 10,000 inhabitants, it is the third least populated country on our planet. Only the Vatican city and Nauru have fewer people.

The international airport consists of a single, tiny building in which Immigration, Health, Baggage Handling, and Customs all exist within a few metres of each other. To my amazement, I was not accosted by taxi drivers. It was extremely quiet as I left the airport. Very quickly, however, it all became clear why. The only hotels in this capital city are just a stone’s throw from the airport. 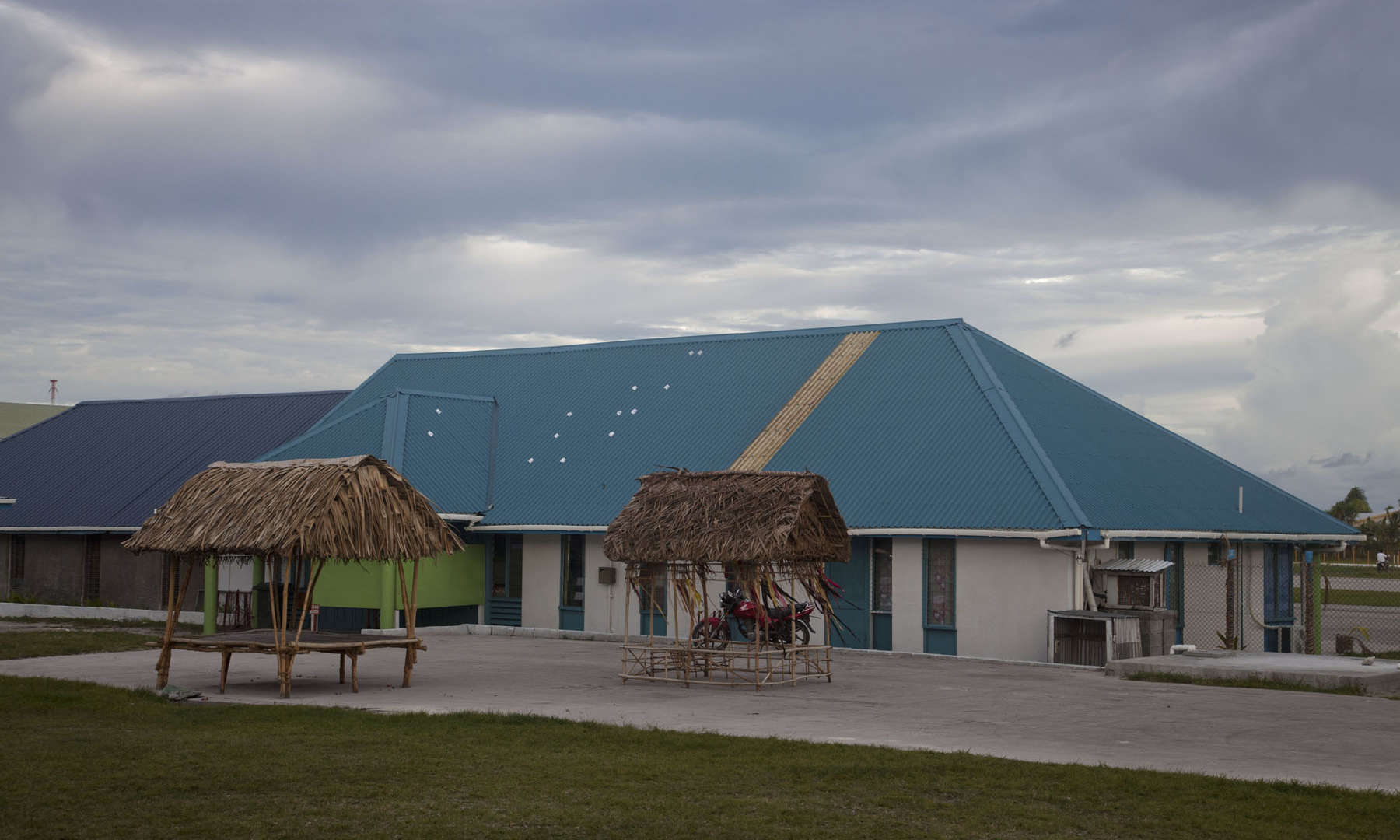 Once the aircraft had departed on its flight back to Fiji, the runway was immediately taken over by scooters and cars. No more flights would land here for several days.

The airport is a direct inheritance of the Second World War. The Americans needed a landing base for their war against the Japanese and built a landing strip at Funafuti. It meant they had to dig out land from elsewhere on the tiny atoll to find the scarce coral gravel. A delicate affair, all in all. The island barely rises above the sea. At high tide, parts of the only tiny road are flooded. The landing strip is just as fragile as the land itself. According to some people, in just a few decades from now, the entire island will disappear.

It quickly became clear that the runway’s main purpose was for social activities and less so for air traffic. It’s logical when you think about it. Every square meter of this island is scarce. There is not a city square or a park to be found. No matter where I wandered over the island, I always ended up back at the runway. One moment, it was being used as a football pitch, the next as a volleyball court, or as a gathering place for boys on bikes and roaring scooters. 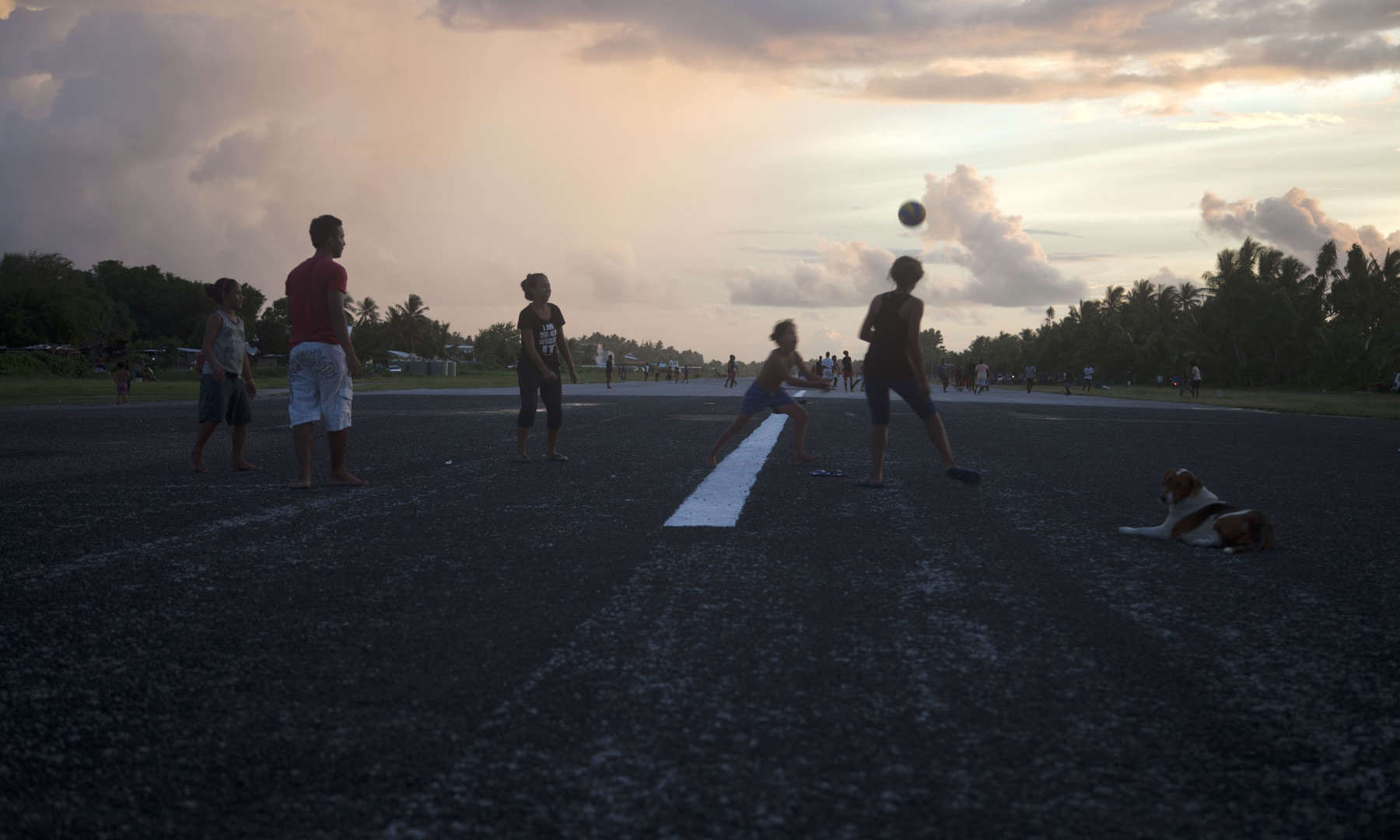 One of the guests from my hotel ran the length of the runway from north to south, back and forth, again and again to train for a marathon. In the evening, the atmosphere changes and becomes more intimate. You see families going out for a walk and, in the darker recesses, there are young couples in love. 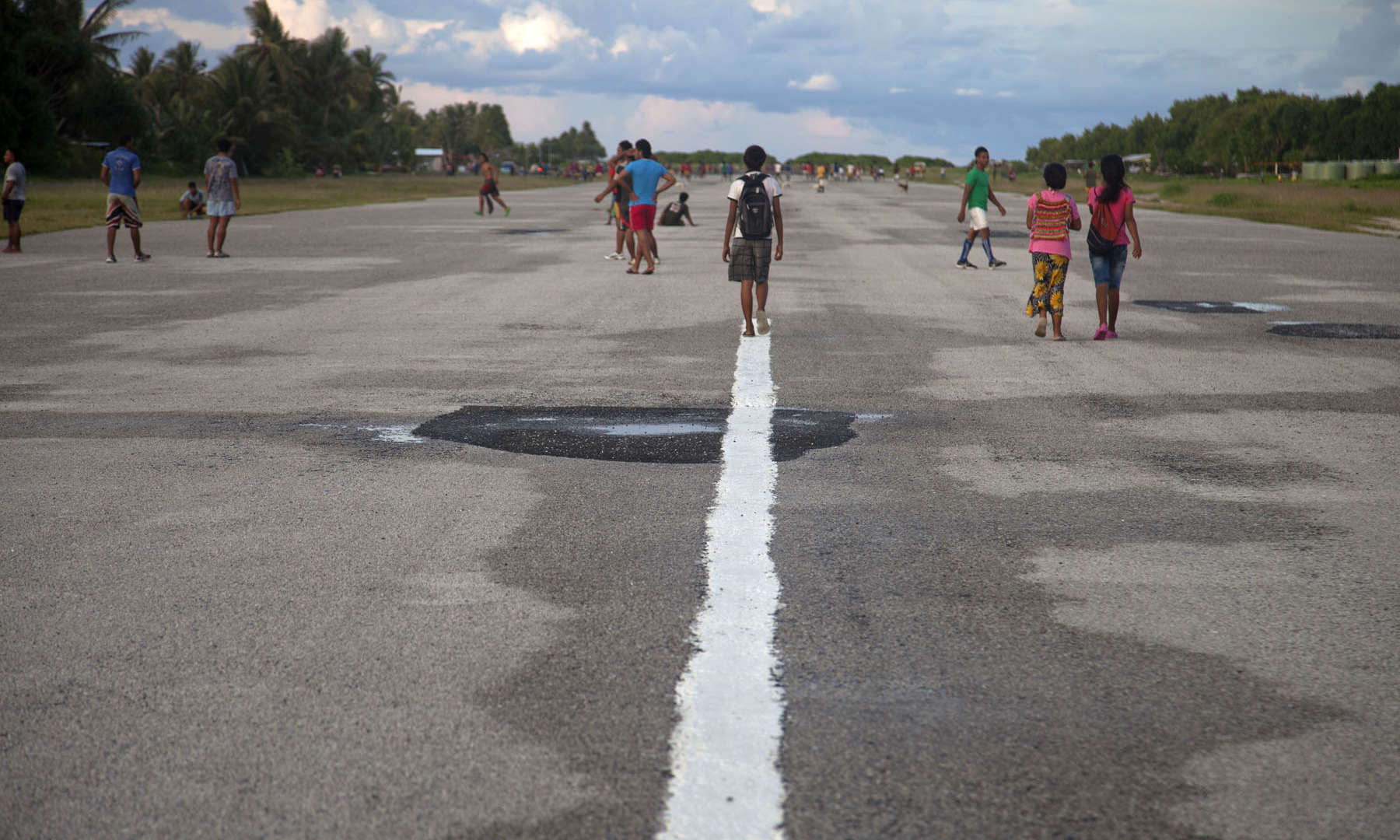 In the final days before my departure, some confusion arose. When would the next flight arrive? Was it Tuesday or Wednesday? No one seemed to know.

Then a fire engine appeared on the runway with lights and sirens going, and took a few laps. It was suddenly clear to all of the walkers, athletes, and couples that the moment had come to make way for an aircraft. One thing was sure, though. Once it took off again, the runway would belong entirely to the inhabitants of Funafuti for the next few days. 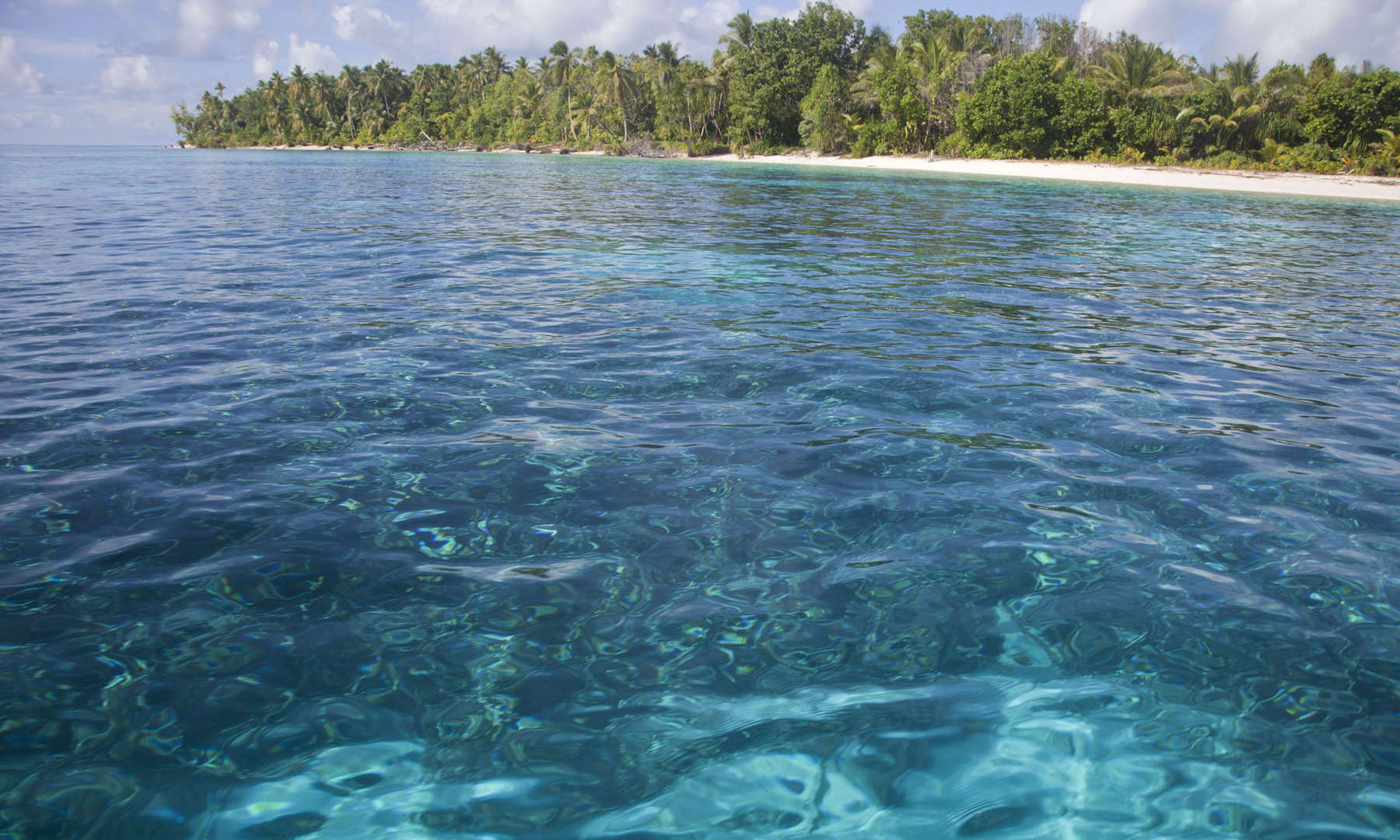 To get there you can take a KLM flight to Seoul, South Korea. From there, take a flight to Fiji. There are two or three flights each week from Fiji to Tuvalu.