KLM began employing cabin crew back in 1935. Nowadays you’ll find crew on every flight, but back then it was a novelty. Their key duties were hospitality, attention and safety. In short, not a lot has changed. Or has it? Let’s take a look. 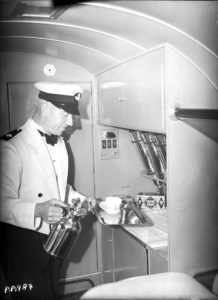 Theo Boyeng was one of KLM’s first stewards. He’d gained experience working at international hotels and aboard passengers ships. He was one of the first three stewards and four stewardesses that joined KLM.

The introduction of cabin crew on board in 1935 marked a major leap forward. They offered information about the route, aircraft and destination, or simply engaged in pleasant conversation with passengers. Those who were anxious got extra attention. For stewardesses, a nursing background was seen as a major advantage for aspiring stewardesses, while experience in the hotel business significantly increased the chances of those hoping to become stewards at KLM. 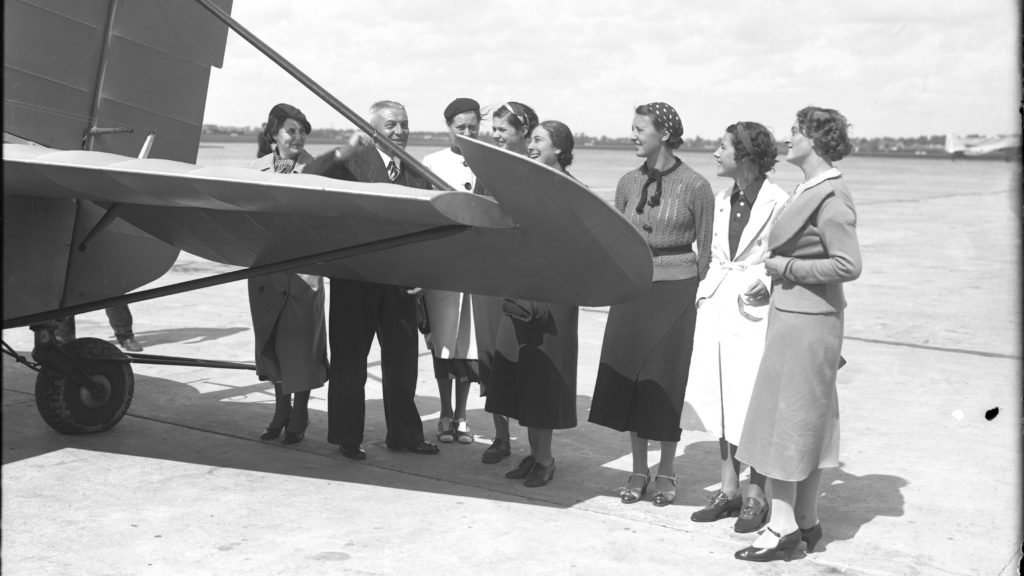 Trainee stewardesses are instructed in the workings of an aircraft. They are gathered around the tail of a Fokker F.X.VII (1937).

Training was intensive, even in those days, with crew learning a great deal in a short space of time. They were expected to learn all the routes and stops by heart and had to be knowledgeable about various aircraft types and the related aerodynamics. In short, they needed to know where they were going, aboard what aircraft and how it worked. First aid and firefighting were also part of the programme. The selection process also included psychological assessment. This was a logical requirement, because even in those days passenger safety was the chief priority of cabin crew.

Those who endured the challenges, proving their stability, coping ability and hospitability during training flights, opened the door to a whole new world. Or just one continent, in the case of the stewardesses, who were only deployed on European routes. The stewards mainly worked on flights to the Dutch colonies in Indonesia, which were apparently considered too arduous for women at the time. The flight engineer played an important role in hospitality on some flights, checking whether the passengers needed anything every twenty minutes. 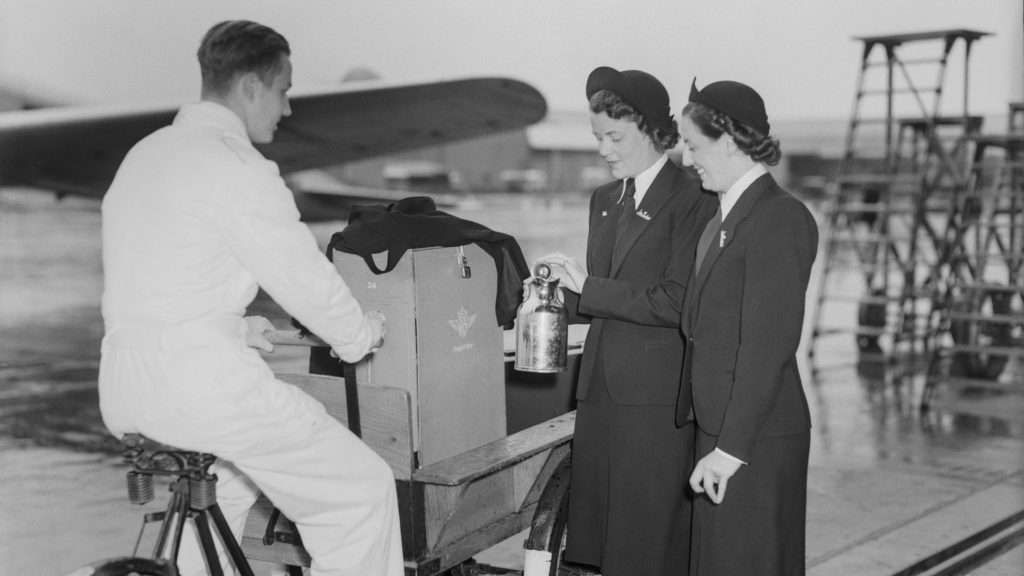 Stewardesses were provided with little more than thermos flasks full of water to serve tea, coffee and broth to thirsty passengers, around 1937.

Apart from inflight safety and all the duties it entailed, cabin crew also fulfilled the important task of serving refreshment on board. In the early days, however, catering was not as complete as it is today. Passengers took their meals during intermediate landings. On board, they were served coffee, tea or broth, and later sandwiches and fruit were added to the assortment. With the advent of larger planes, the facilities improved on board. This also affected the duties of cabin crew, who were expected to offer passengers a more complete service.

This KLM advertisement from 1967 has a rather cheeky tone (see below). Airlines can’t always be the first to introduce an innovation, as KLM ‘modestly’ points out in the text, admitting that we were actually the second airline to introduce stewardesses on board, but also claiming that even this is rather special.

Upon digging deeper, however, we discovered that even this wasn’t true. Several airlines in the United States employed stewardesses before 1935. Even in Europe, there were airlines that had trained cabin crew before KLM started doing so. As is the case today, the chief task of crew was to ensure the safety of passengers, but also to provide them with refreshments. Even today our cabin crew continue to engage in friendly conversation, despite the fact that they now have to spread their attention across a multitude in a short space of time, not just a dozen passengers over the course of flights lasting a lot longer than they do today. 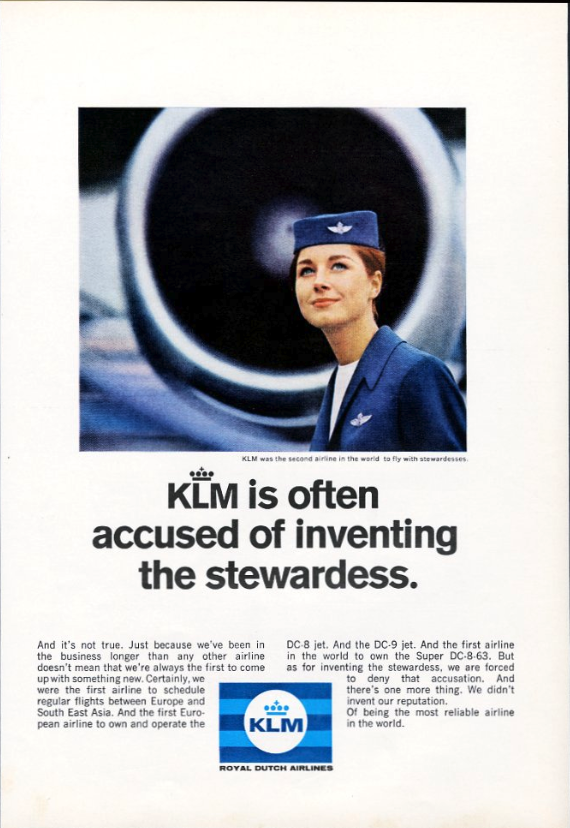 She is there for our safety. She must be alert at all times. She…

KLM Royal Dutch Airlines will celebrate its centenary this year on 7 October, presenting the…

My first blog appeared on this site almost exactly a year ago. To be…

We’ve all heard of iconic female aviators like Amelia Earhart and Amy Johnson. But…