KLM has served responsible beef on board since 1 October 2013. The meat is supplied by a small Dutch company that is championing sustainable and transparent business practices in the meat sector. Cynthia Bruining, owner of De Vrije Koe (The Free Cow), explains how she worked with KLM to make arrangements that seemed impossible in first instance.

My name is Cynthia Bruining and via this blog I would like to take you along on an adventure that began more than two years ago. We founded De Vrije Koe because we wanted to eat meat that had been produced with respect for humans, animals and the environment. I first met with KLM a year ago. A very special occasion for me, because I could never have imagined that a major airline would want to engage in serious negotiations with us, a small player with big ideals. KLM posed questions about our company, our livestock and our production methods. This wasn’t some slap-dash buyer, this was someone who was truly interested in our company and had comprehensive knowledge about sustainability and animal welfare. 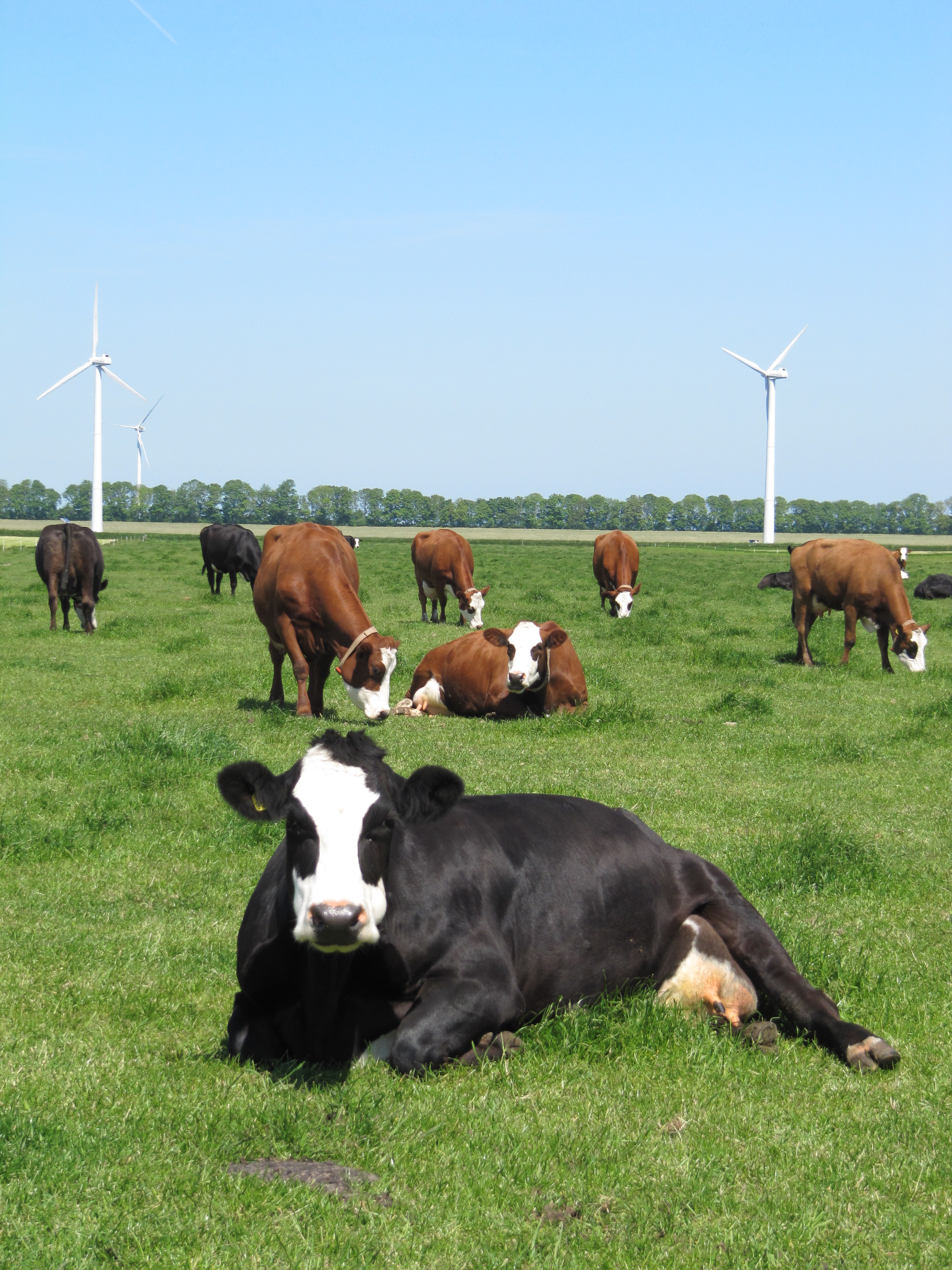 A lot of meat
I’ll never forget the final question: “And how many cows do you have? Because we’re going to need a lot of meat.” To answer this question, I needed more information. Our cattle, which live in nature reserves, weigh around 300 kilos each. However, they “only” produce around 14 kilos of entrecote each. Were KLM to order this prime cut, we would never have enough. During the second meeting with KLM, I became more and more convinced of the company’s good intentions in terms of sustainability, although it seemed like a paradox, coming from an airline. I started wondering whether KLM might be the reliable partner we needed to upscale the production of our special beef, without losing sight of our original mission. 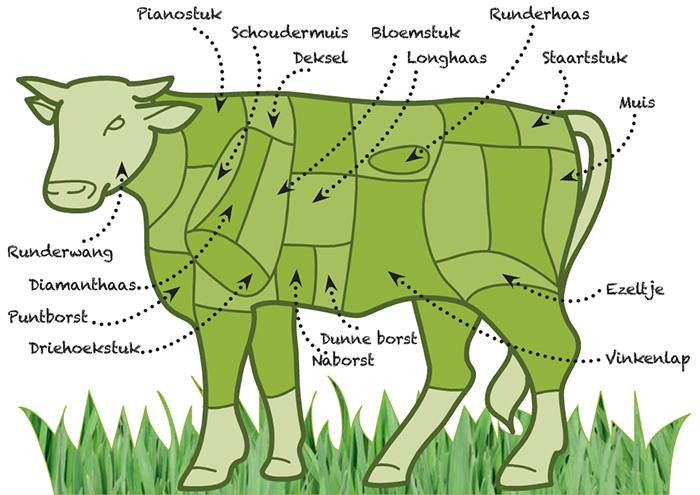 Onno Kokmeijer
We got a chance to submit a proposal thanks to the superb menu that chef Onno Kokmeijer compiled for the From Holland Festival. He needed meat from the neck of the cow, which is ideal for stewing and simmering. But you don’t have to be an expert to realise that a cow has only one neck. The volume of meat KLM needed would normally have required around 2,200 head of cattle, which was way beyond the capabilities of De Vrije Koe and didn’t tally with our mission. We process and consume the entire cow, from head to tail, because that is the most sustainable option. In short, we never focus on a specific section of the cow, without giving thought to the rest.

Fortunately, this obstacle proved to be a nice challenge in terms of progressing towards more sustainable catering. We decided that the stewing meat would come from many more sections of the cow, not just the neck. That meant we needed around 500 head of cattle. When it became clear that more unused offcuts would remain, we came up with a great idea: the rest of the meat was portioned off into 2.5-kilo packages and presented to KLM staff. I could have jumped for joy! I’d finally found a major buyer that wanted to think along and take full responsibility.