I was a pilot on the Boeing 737 when she joined the KLM fleet. (Aircraft—like ships—are referred to in the feminine). I could barely stand to look at her as I taxied by. My colleagues who piloted her were wildly enthusiastic. I have to say, I am too, now. These are the seven things that I like so much about the Airbus 330.

I have been piloting the Airbus 330 since September 2010. I could have chosen the Boeing 747 or 777, but I deliberately chose the “French Lady”. We use the A330 a great deal to fly to Africa and the Middle East. I had not been there very much, before. But my real reason was the A330 itself.

1. The Legs and the Nose

The Airbus 330 is unbelievably beautiful to look at, from nose to tail. She stands extremely tall. When She’s on the ground, she leans slightly forward, as if she’s ready to break into a sprint at any moment. When she’s cruising, the nose lifts a bit, all of which gives it just a little bit more elegance. 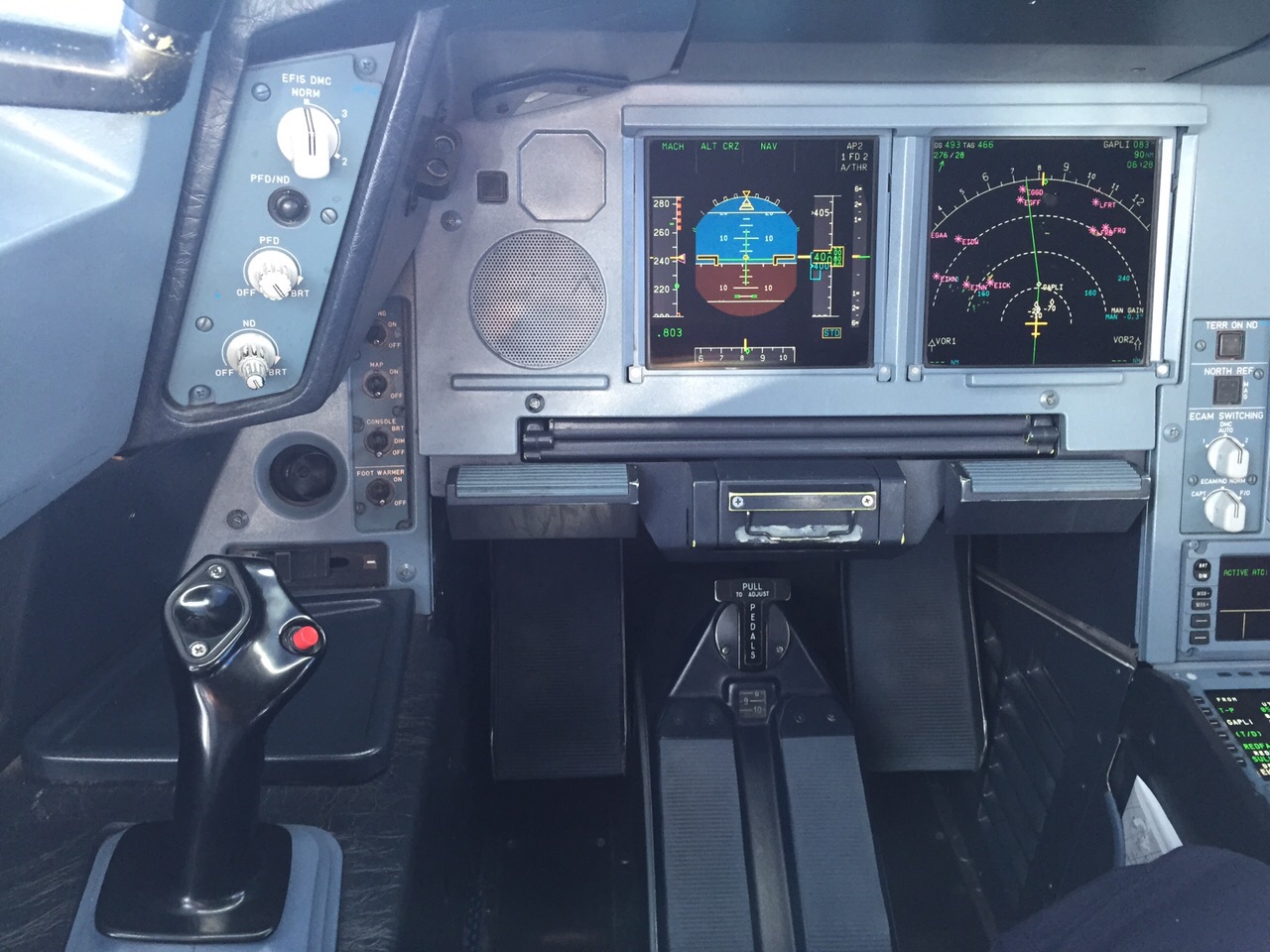 Instead of the standard aircraft steering wheel, the A330 is equipped with a joystick—or a side stick as Airbus likes to call it. When I started my training, I remember thinking, that operating with a joystick would be difficult. But you get used to it very quickly and it steers extremely easily. 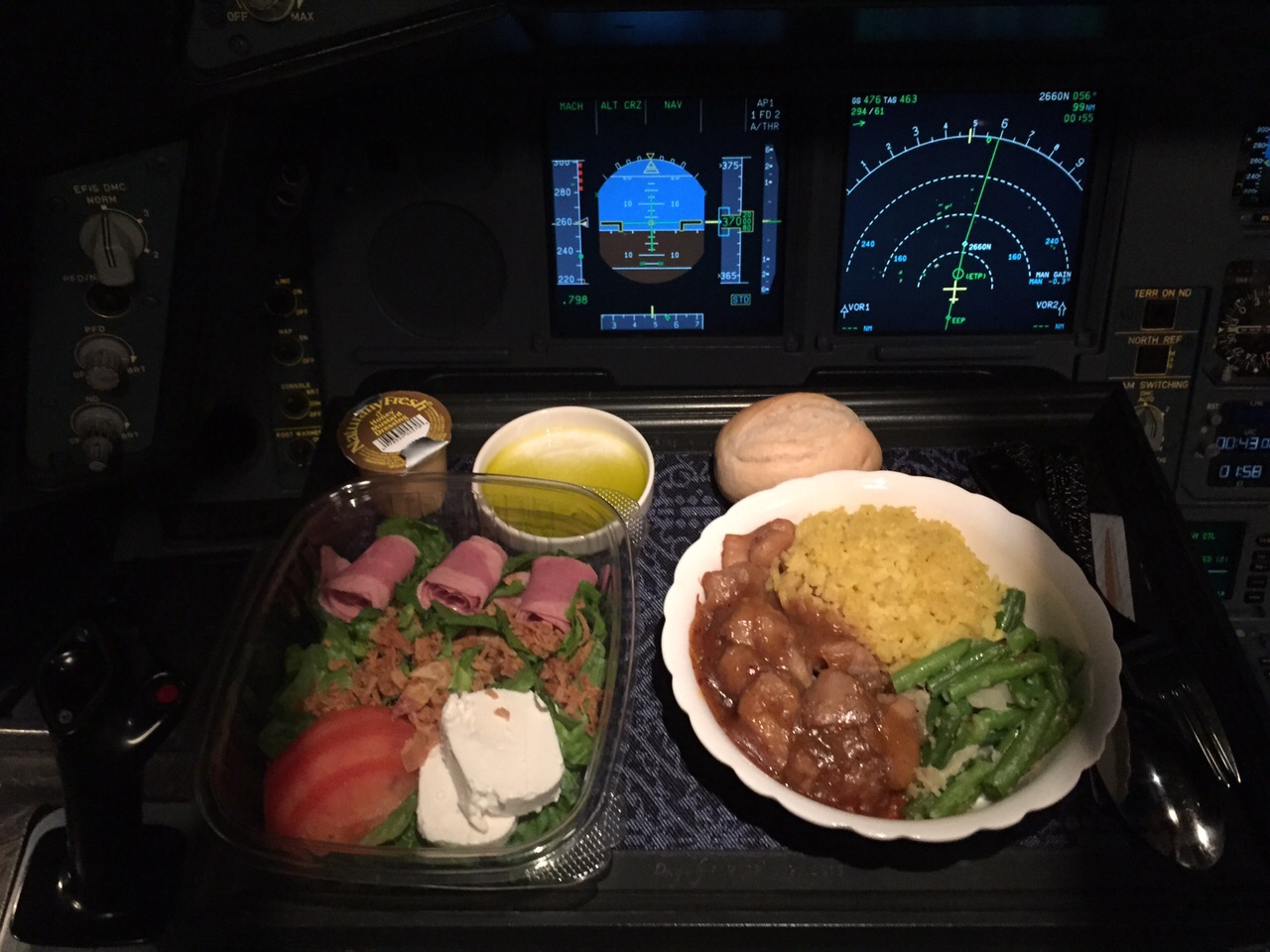 As there is no longer a steering wheel, there is space for a table which can be folded tidily under the instrument panel. There is no other KLM aircraft that allows pilots to work and eat at a table!

What is more, we can work in peace. The cockpit is wonderfully quiet compared to any of the other aircraft I have piloted. If, while we are cruising, another aircraft passes us 1000 feet overhead, we can hear it.

Did I already mention that Porsche designed many of the instruments in the cockpit? So, it’s no wonder that the shape, colour, and lighting are so beautiful.

The A330 is the first fully computerized aircraft in the KLM fleet. When we operate the aircraft manually—with automatic pilot off—the side stick is always linked to the computer. It keeps an eye on the aircraft’s aerodynamic parameters.

The aircraft is equipped with a variety of technical novelties that make flight safer and more efficient. These include the advanced warning systems, weather radar, and a screen that displays oncoming obstacles and high terrain. 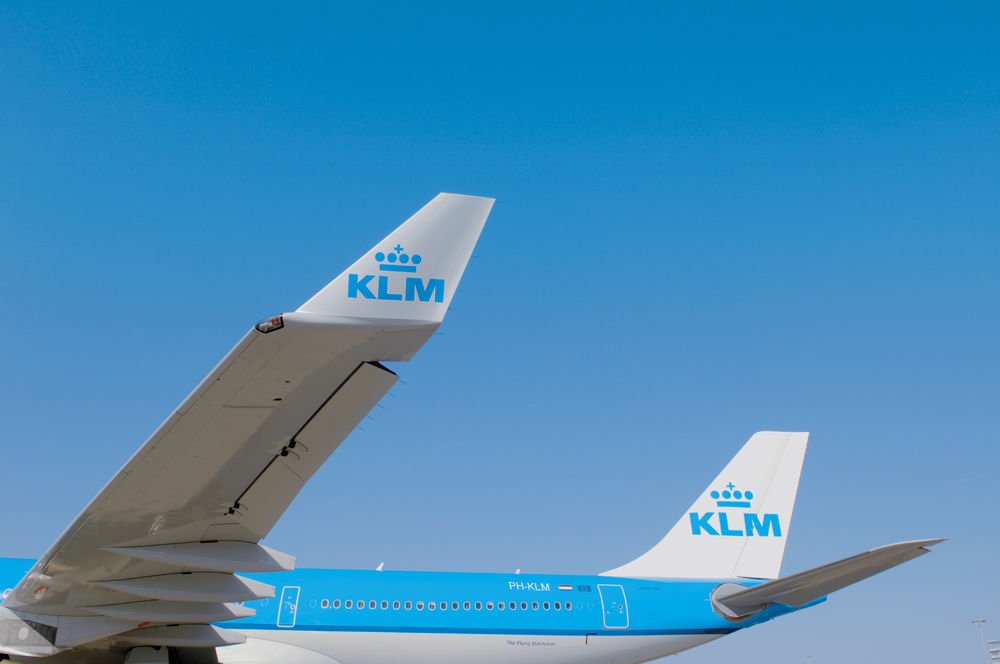 The A330 performs beautifully. That’s down to its wing design. It’s also beautiful to look at. If you compare its wings to that of a seagull, you’ll see a lot of similarities. The elegantly upturned winglet, complete with KLM logo, is the icing on the cake.

I have been offered the opportunity to move on to other aircraft types, but I’m very happy to stay on with the A330. She’s the most beautiful aircraft I’ve ever flown.