Which KLM houses are a must to put yourself on the map as a miniatures maniac? Which houses are rare, must-haves or cherished by diehard KLM passengers? I set off to find out and arrived at these, the Top 8 of the rarest, most unusual and most wanted KLM houses.

Believe it or not, but dishing out presents was a no-go back in the day – at least, for airlines. They didn’t give their passengers presents as this would have promoted unfair competition. It’s not surprising that KLM raised eyebrows when it began serving Dutch gin in special miniature houses to World Business Class passengers. Technically speaking, it wasn’t a gift. “Is there a law that tells us drinks have to be served in a glass?” KLM replied simply to the critics. And thus began the collector’s mania…

First of all, there are collectors who are interested in the story behind the house. Take KLM house number 76 for example, which featured in the famous painting of a view of houses in Delft known as ‘The Little Street’ by the Dutch painter Johannes Vermeer (1632 – 1675). The house in the painting was recently discovered in Delft. But for anyone not willing to take the trip; you can also visit the Rijksmuseum in Amsterdam to admire the house on canvas. 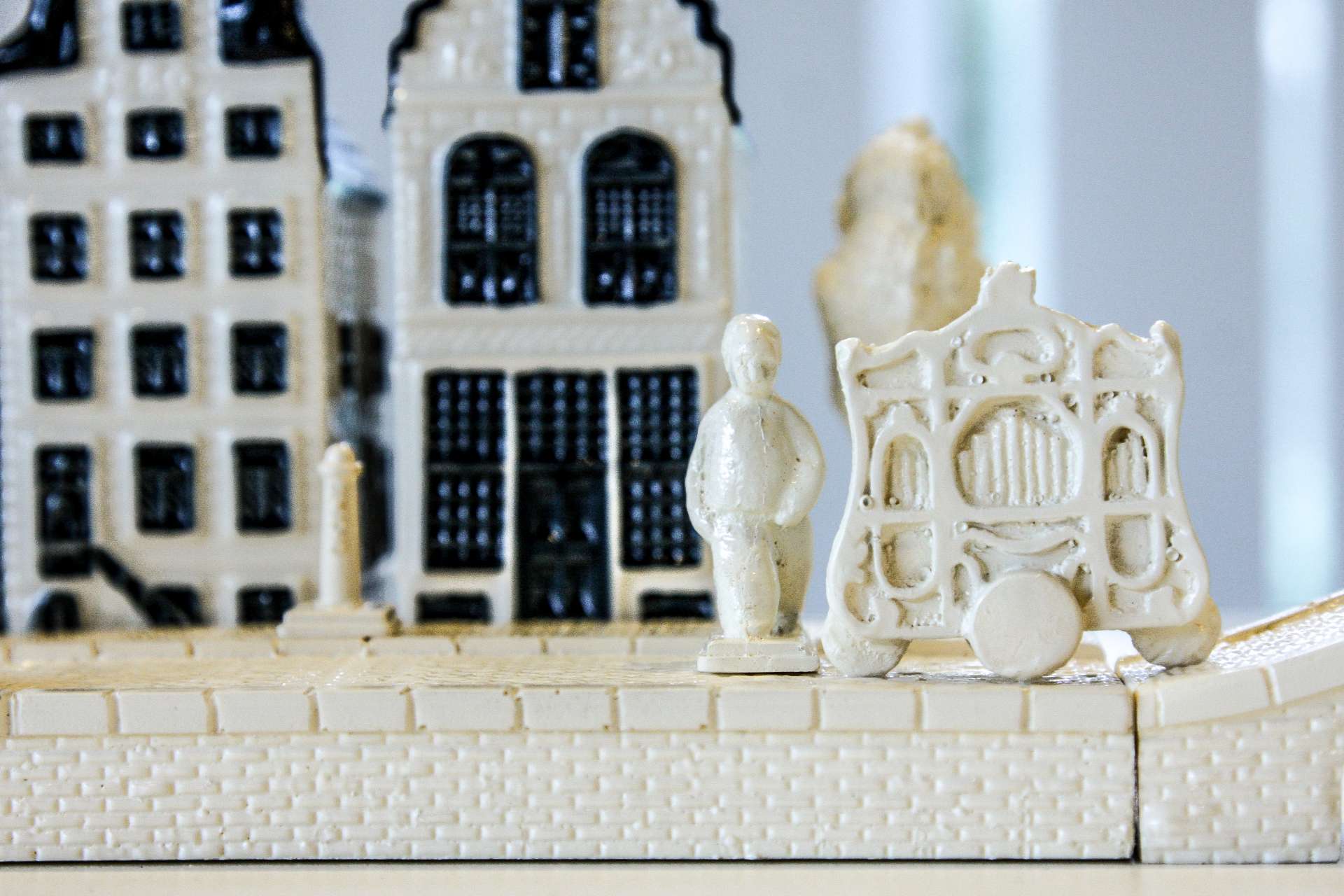 Both the Rembrandt House and the Anne Frank House (no. 47) are keenly sought after because they are major attractions. Imagine having the house you visited in Amsterdam on your mantelpiece as a Delftware miniature. Who wouldn’t want that?

The Frans Hals Museum miniature is certainly worthy of a more detailed description. Why? You had to satisfy quite a few requirements to earn this house. What’s more, it formed part of a special edition that didn’t actually belong to the set. It is also not numbered. In 1962, the ‘Museum’ house was only awarded to tourists from Japan. On the flight from Japan to Amsterdam, they were given a special voucher granting them entry to the Frans Hals Museum. On visiting the museum, these tourists received the complimentary miniature. There are therefore only a small number of these KLM miniature houses in circulation around the globe. 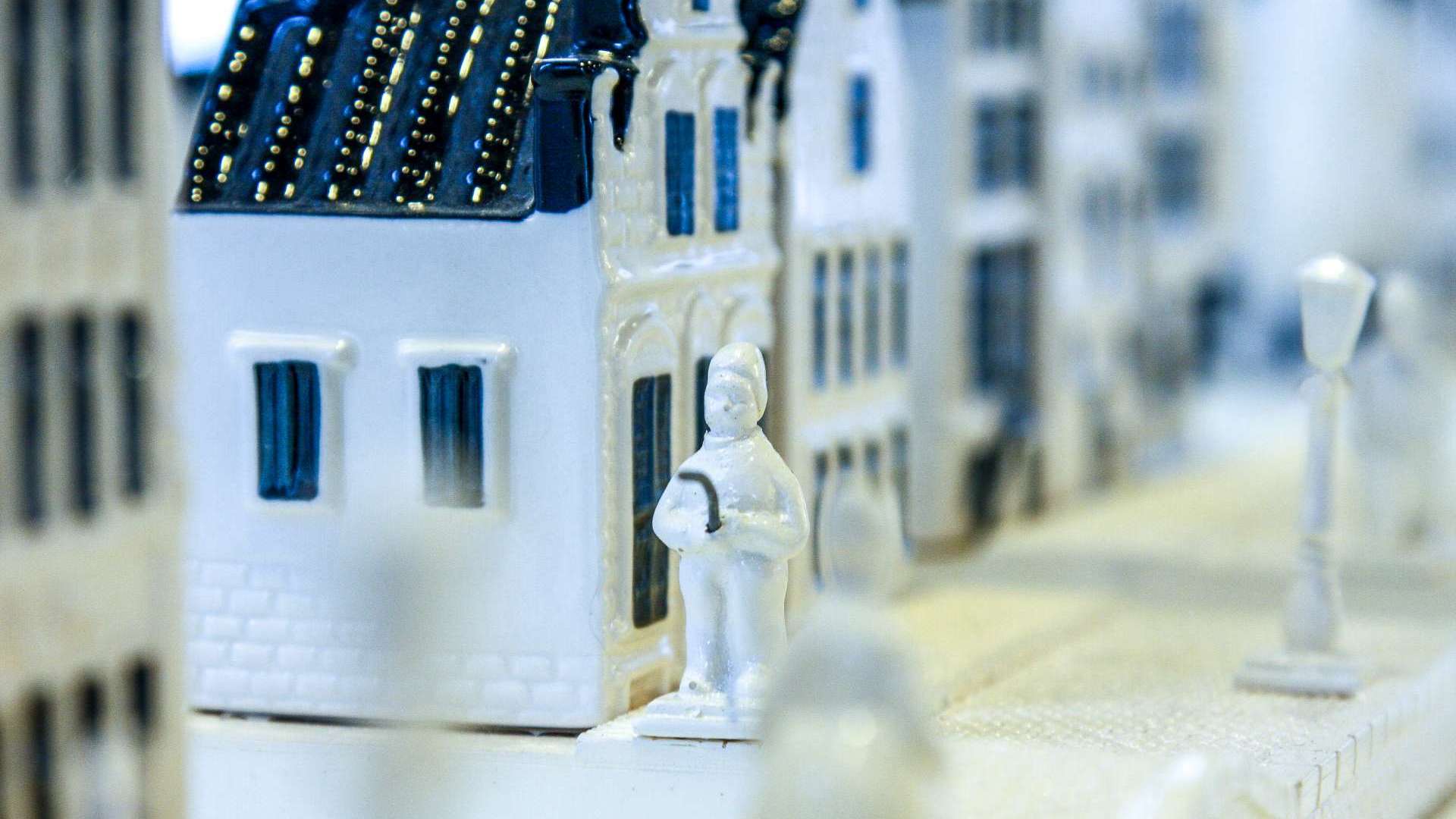 Cunucu House is also an ‘unofficial’ miniature house issued by the establishment on the Netherlands Antilles to commemorate 75 years of service. The house was filled with a local drink instead of the customary Dutch gin. In contrast to the typically Dutch and generally rectangular canal-side houses that make up most of the set, Cunucu House has a typically round form.

The Weighing House (or De Waag in Dutch) in Gouda is one of the most well-known monuments in the Netherlands. The building dates back to 1668 and today serves as a cheese museum. Throughout the summer months, tourists visit to witness the traditional cheese weighing process. The KLM house was given to bridal couples flying KLM between 1995 and 2005. These houses are no longer in production today. 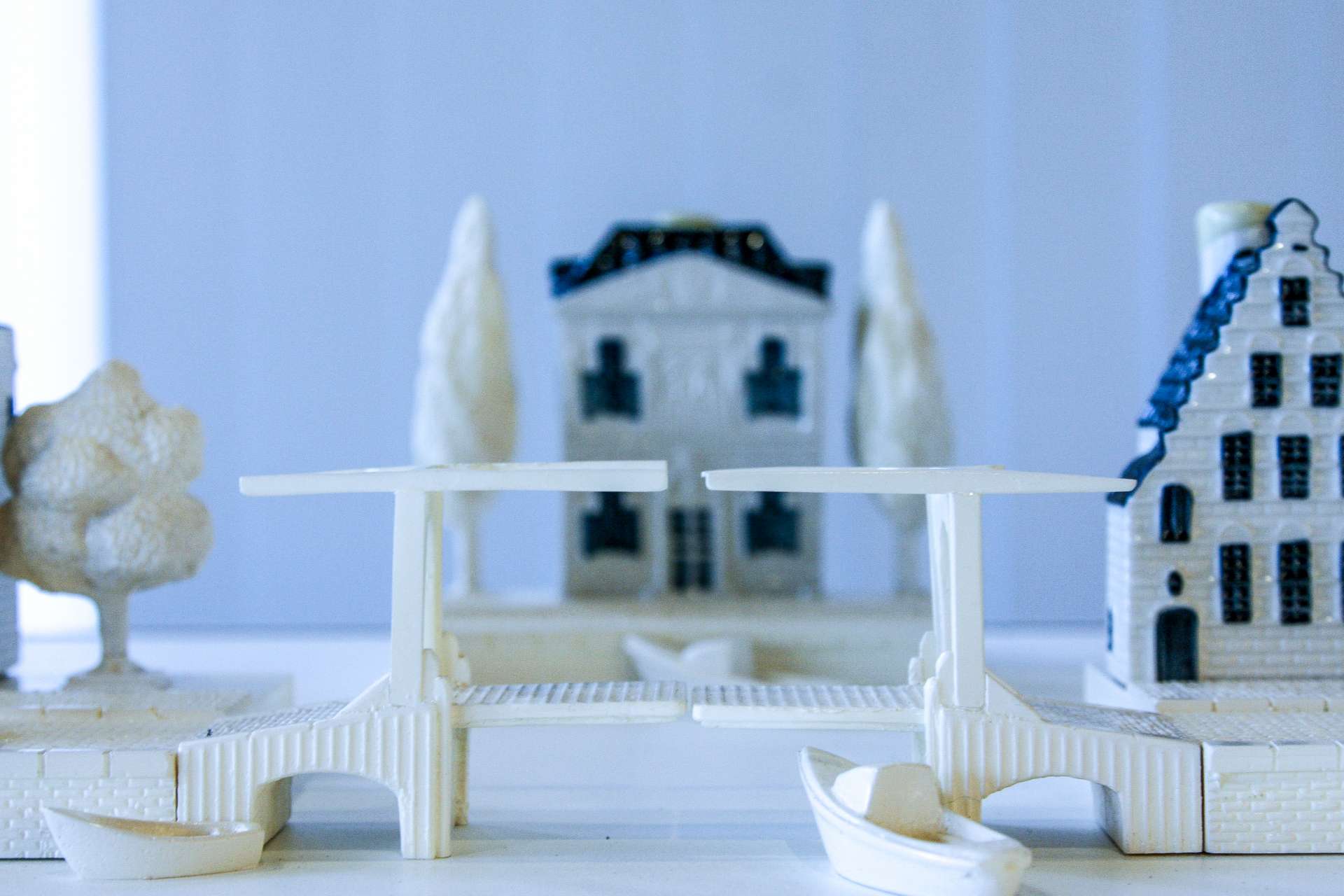 KLM houses numbered 1 through 10 are highly sought after. Why? Because a lot of people believe that they are actually the oldest houses. This is complete nonsense of course, because the houses are still in production. So the chances of them genuinely originating from the first series in 1952 are slim.

KLM houses are issued annually when KLM celebrates its anniversary. The latest miniature is revealed on 7 October and there’s usually a run on it. Each aircraft flies for around 20 days with only that house on board, because everyone wants it. House number 95 was presented recently in honour of KLM’s 95th anniversary in October – a replica of the Heineken Brewery in Amsterdam. 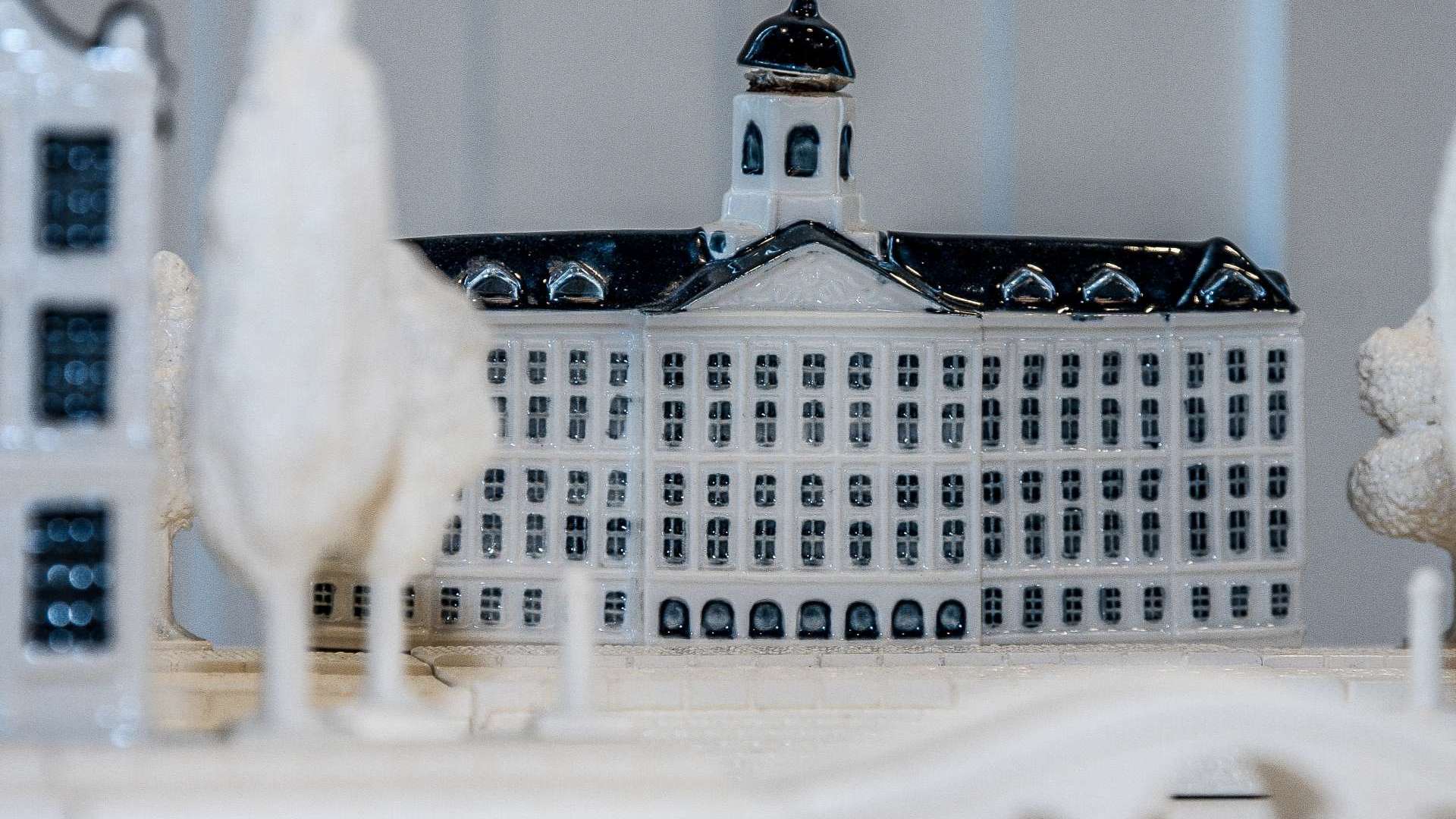 1. The Palace on Dam Square

The jewel of the series of KLM houses has to be the Palace on Dam Square. Perhaps the most well-known building in Amsterdam, it was made to scale in Delft Blue by Bols, the creator of Dutch gin or Jenever. In the 1970s and 1980s, all bridal couples who flew KLM received one as a gift. The series was limited to several thousand. The illustrious miniature Palace is most certainly the crowning achievement on many collections.

Just can’t stop looking at the KLM houses? Check out more pictures I’ve made of the collection in the slider. Want to keep track of your own collection? Try the KLM Houses App!