“A First Time for Everything” is a short series about the fact that things that are now everyday events had to start somewhere. In this first instalment: The first cabin crew.

Flight Engineers Did the Catering “On the Side”

A couple of baskets of food and a few thermoses. In the early years, in-flight catering consisted of little more than that. Stewards did not exist yet. Flight engineers did the catering “on the side”. Of course, the aircraft were not nearly as large as they are now, so one person could take care of it.

In 1935 the position of steward was formalised. The first “attendant” (using the genteel Dutch word hofmeester) to fill the position at KLM was Theo Boyeng. Boyeng had experience in the international hotel world, and later in shipping, and applied for the job at KLM in 1935. He was one of three attendants to be employed at year at KLM, alongside four stewardesses.

Knowledge of Aircraft and Aerodynamics

The training was intensive and the crew had to amass a great deal of knowledge. In addition to gaining familiarity with the menus, they had to learn about the routes they were flying and amass knowledge about aircraft and aerodynamics. In other words, know where you are flying, in what, and how. First aid and fire fighting were also on the curriculum. Prior to taking the job, applicants also underwent a psychological assessment. The cabin crews’ priority is to see to the safety of passengers on board. That was the case back then, as well.

One of the first “air hostesses,” as the function was then known, was Nel de Vrieze. She was interviewed in the 3 October 1959 edition of the internal magazine of KLM: the Wolkenridder, about her work at KLM. “If I ever thought that I would be the only air hostess, then I would have been in for a surprise,” she said. “No fewer than 300 people were invited to apply.” Following the first selection, there were twenty candidates left. During a flight in a Fokker, we were tested for our ability to respond to different situations. Later, on the ground, we were subject to another psychological test. 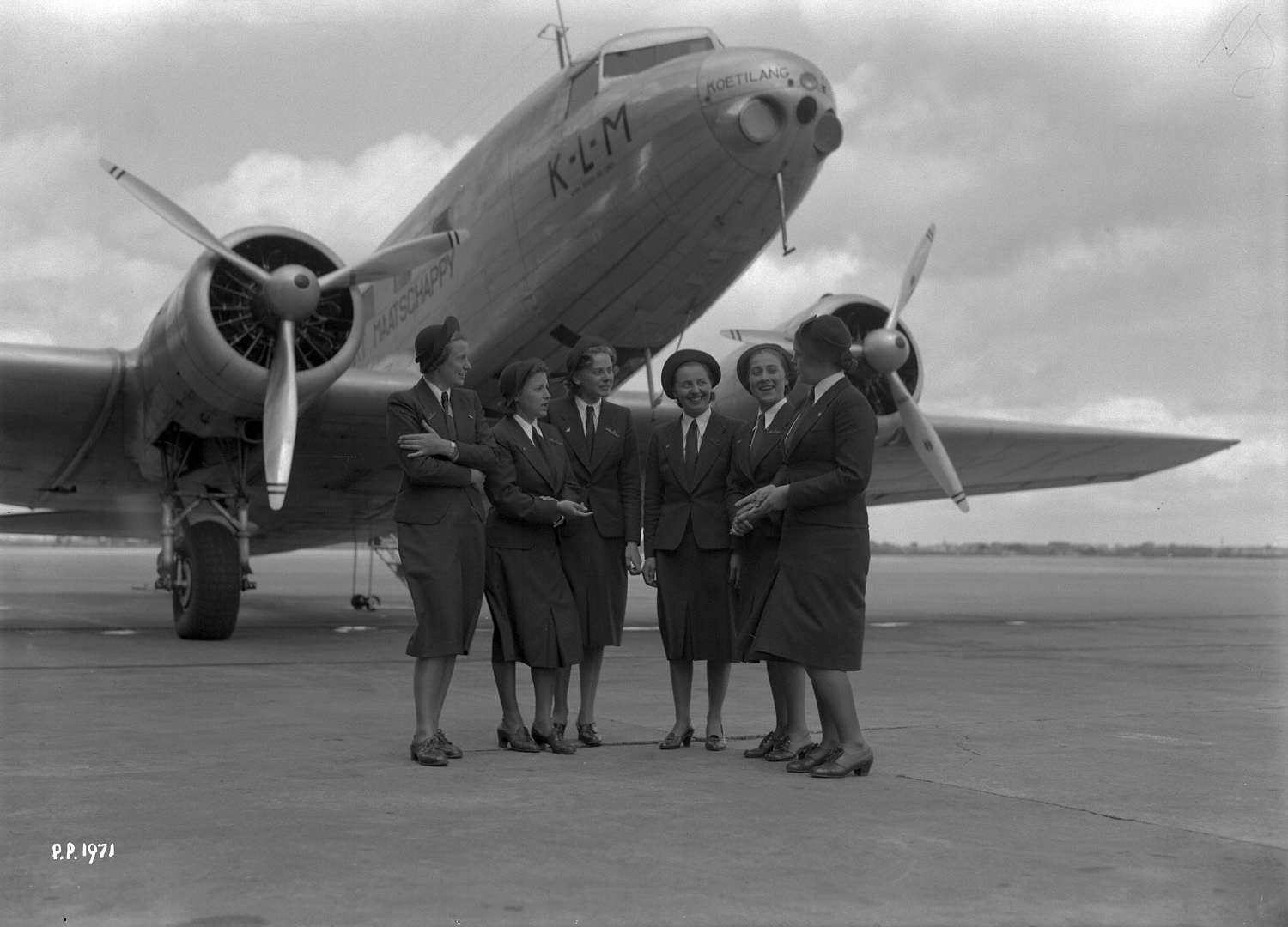 A Rhyme for Miss De Vrieze

Miss De Vrieze kept a collection of autographs of well-known and important passengers. One of them wrote her the following rhyme:

“Efficient, kindly, good-humoured is she
The lady who flies daily o’er land and o’er see
She grooms us, and guards us and guides us as well
In sunshine or cloud, well-being or stress
Here’s a heart felt ‘thank you’ to our bright young Hostess.”

In the next instalment: The advent of the Jet Age.