I had always hoped that my childish sense of humour would somehow dry up after I turned 40, but sadly I was wrong. And so I still giggle whenever I read or hear the names of certain cities: Warsaw (no wooden hut is safe); Kuala Lumpur (No. 37 on the menu at The Golden Temple, hold the eucalyptus); Helsinki (not only the opposite of heaven, but also sinking); and Bangkok (need I say more).

I realise that these names only seem funny when pronounced or written in English, but there are cities that have chosen to alter their names, ostensibly to ensure that the English version coincides more closely with the actual pronunciation of the name. Examples include the Indian cities of Bombay and Calcutta, which both sounded rather violent in English and chose to revert to the more gentle Mumbai and Kolkata. 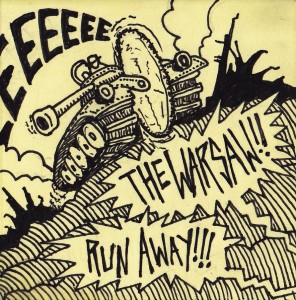 To make up for my puerile humour and poor drawing skills, I have decided to write a short series on cities that might want to consider changing their names. The first city that leapt to mind, cleaving my thoughts with its whirling steel blade, was Warsaw, which has not only been burdened by the English-speaking world with a rather violent name, but also had to contend with a lot of bad press over the decades.

I grew up in rabidly anti-communist South Africa during the Cold War. From an early age, we were taught to fear the countries that were part of the Warsaw Pact. Later, I read books and saw movies recounting the horrors of the Warsaw ghetto in the Second World War, and later still, I followed news about Lech Walesa and his Solidarity movement, which was generally presented as a positive development, but also seemed to confirm that there was always some kind of unrest in Poland.

The time has come to set the record straight. Having listened to the correct pronunciation of Warsaw, I’d like to suggest that we all say “Var-sza-wa” from now on. I also believe the upcoming European Cup football tournament – to be held in Poland and Ukraine in 2012 – presents an ideal opportunity to “rename” the Polish capital Warszava or Varszawa, which is a closer approximation of its real name.

According to Wikipedia, the city’s name means “belonging to Warsz”, a reference to a nobleman called Warcislaw (Warsz for short), who once ruled the village that eventually became the city. Personally, I prefer the more romantic explication of the city’s name, which is said to stem from the legend of the fisherman Wars, who fell in love with the mermaid Sawa, who he found swimming the River Vistula, which flows through Varszawa. Because this blog is also about fighting ignorance, I immediately went in search of sources to confirm this legend. Imagine my surprise and delight when I not only found two great legends about the city, but also discovered that Varszawa has a mermaid in its coat-of-arms. 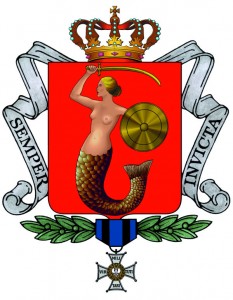 And so, within a few mouse clicks, my fear of Varszawa has been replaced with a strong desire to visit this romantic city. Perhaps Polish readers can suggest places along the Vistula where I am most likely to see mermaids.