As you probably know, all aircraft have a registration number. Dutch planes start with PH. But why PH? Is H for Holland and P for Plesman (Dutch aviation pioneer and the founder of KLM)? Or is it not that simple?

It is not that simple! 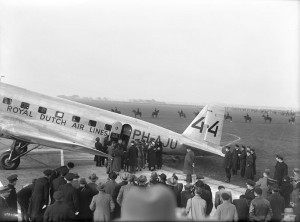 At a convention in Paris on 13 October 1919 it was decided that the Netherlands would take the national letter H, followed by four letters. But as there were more countries starting with an H, such as Haiti and Hungary, it was changed to H-N followed by three letters. The first two planes in the Dutch aviation register were KLM’s H-NABC and H-NABD (Fokker F.II).

Following the International Radiotelegraph Conference in Washington in 1927, Dutch registration was changed to PH. The Netherlands was assigned radio call signs for aircraft consisting of five letters which had to begin with PA, PB, PC, PD, PE, PG, PH, and PI. Because the aircraft radio stations in the Netherlands were split into various ministries, multiple registrations followed: PA for the Navy, PB for the Army (later the Air Force) and PH for civil aviation. The other series remained unused. The PH combination was adopted in preference to PE, which had been previously proposed. It was felt that confusion could arise with the call letters G-E for British aircraft. The letters PH have the advantage that the letter H (Holland) indicates its nationality, as with French (F), Canadian (C) and Zimbabwean (Z) aircraft. 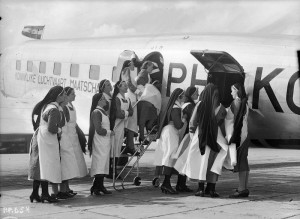 Some registrations are not allowed, such as PH-SOS, PH-XXX and letter combinations that could be perceived as immoral. The letter Q as first letter is not permitted because it might be confused with so-called Q-codes in the international radio traffic from air and sea. A potential owner of an aircraft may request a particular registration mark (e.g. the initials of his/her name). If that combination of letters has never been used before, it can be reserved for a maximum of one year. If, after one year, the registration is not actually used, the reservation expires.
The Dutch aircraft register is kept by the Netherlands Inspectorate for Transport, Public Works and Water Management. For normal aircraft, PH will be followed by a combination of three letters (PH-ABC), for sailplanes and powered sailplanes by numbers (PH-1326) and for ultra-lights by a combination of numbers and letters (PH-3E6). 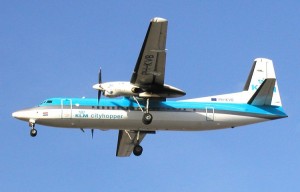 KLM reserves series of registration letters for its future fleet, and changes to its current fleet, from the Inspectorate for Transport, Public Works and Water Management. KLM is then free to choose particular letters from this series.

So, what do you know about the history of aircraft registration in your country?