Somewhere high over the ocean, I’d enjoyed a warm meal with a nice drink. The cabin air was dry, so I drank a little extra water. And then the inevitable happened: I felt pressure building up inside me.

My neighbour, seated at the aisle, was having a nap. I could wait a while. But only if I tried not to think about all the other passengers who were heading to the loo. I wondered what state the loo would be in when I got there. And before long I found myself wondering what actually happens to all that human waste. Surely they don’t just dump it, like they used to do on trains? Does it just drop out from under the plane somewhere? Imagine being in the wrong place at the wrong time…

I saved all of these horrors and questions for Franz, who is KLM’s expert in field of toilet handling. “In the early days of aviation, waste was actually ejected from the plane via a hole. But that’s not allowed anymore. Occasionally, however, there may be a malfunction, which leads to some leakage from the plane. At high altitude, the waste freezes almost immediately. Sometimes the lump of ice is so heavy, that it drops off the plane. But I don’t recall that ever happening to the KLM plane.”

Franz goes on to explain how things work at Toilet Services

When you flush the toilet on board, a suction pump draws the contents of the toilet into the waste tanks at the back of the plane. As soon as the plane lands, KLM Toilet Services leaps into action. An operator parks his toilet vehicle under the plane and connects two hoses: one for waste disposal and the other for washing the tank. The operators always checks if the disposal hose is properly connected, because the last thing he wants is a brown shower. He then opens the valve and pumps the contents of the waste tanks into the toilet vehicle. Once the tanks are empty, they are rinsed and partly filled with a special liquid that contains disinfectant to deal with any germs in the tank. 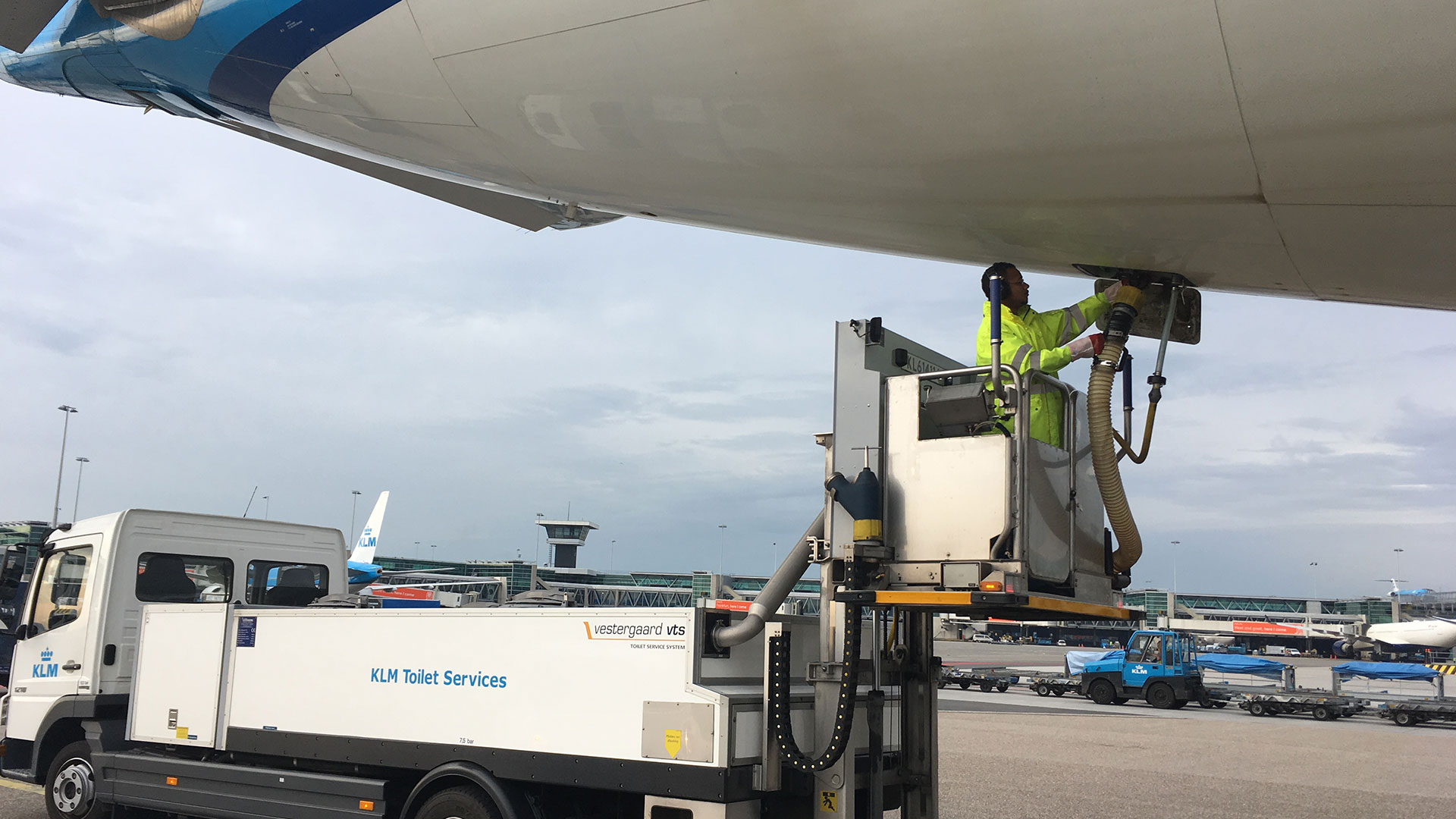 A toilet vehicle can take 2,500 litres of waste. The vehicle is then driven to a special waste disposal site at Schiphol, where the waste is pumped out. The driver then cleans the vehicle. All of the waste disposed at the site eventually ends up at a water purification plant. Once the waste has been fully processed, only clean water remains, which is pumped into the Ringvaart canal near Schiphol. 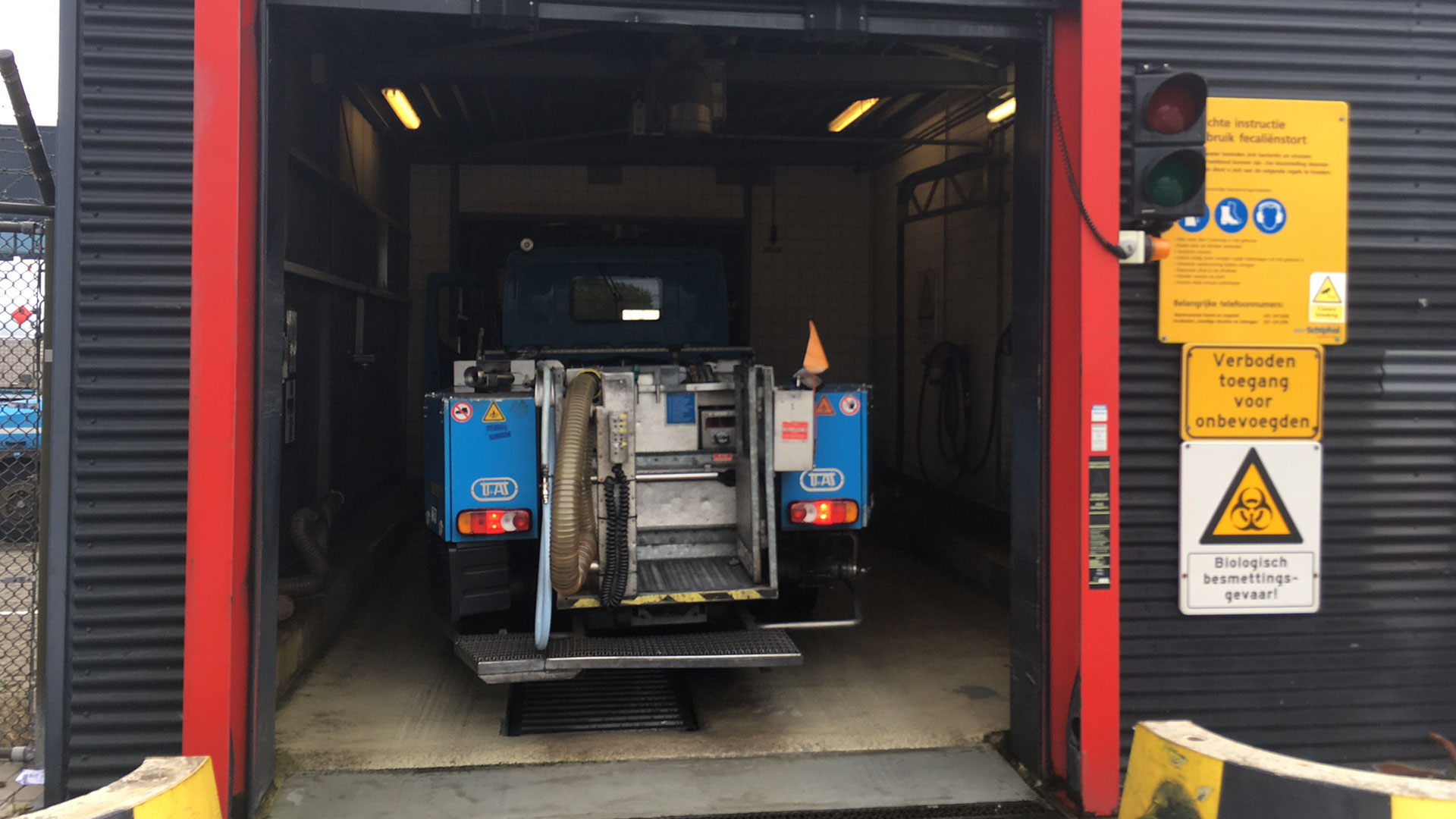 Getting back to my flight. My neighbour finally woke up and I kindly but firmly asked if I could wriggle out into the aisle. When I finally got to the toilet, it was remarkably neat and tidy, which was quite a relief.

You can read more about toilets onboard aircraft here!