As a lover of cycling, flying and KLM, the moment was bound to arise when I would wonder if those things had anything in common. When I first thought about it, there was nothing else to do other than find the common denominator. And guess what. There’s a lot!

To start, the Wright brothers, builders of the first motorised aeroplane, were originally bicycle manufacturers. Before making their first flight, on 17 December 1903, they had gone through numerous designs. One design of other pioneers stood out. It had a propeller driven by a cyclist! Suffice it to say that particular design didn’t make it to the final round. 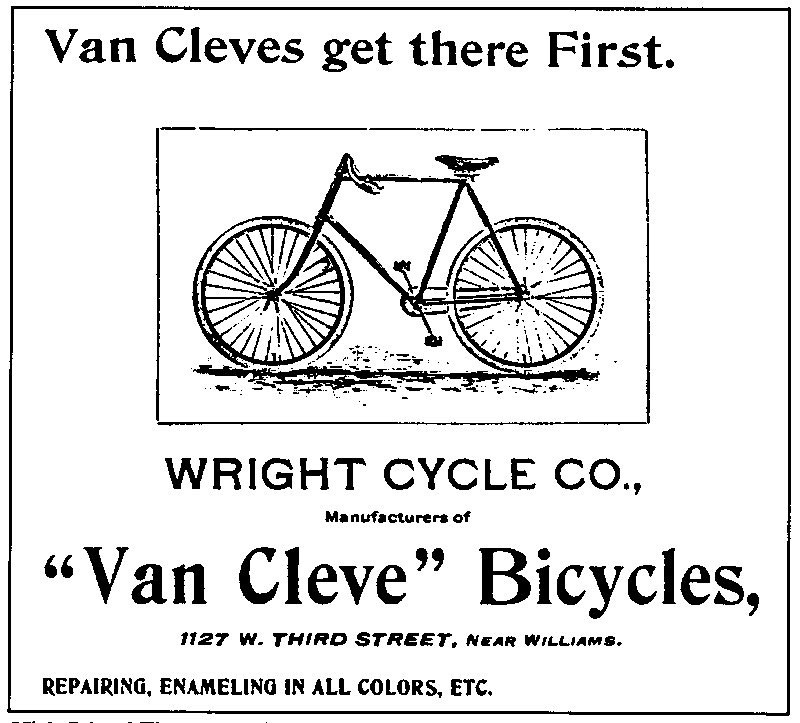 A Boeing 747-400 taking its 400 tonnes into the air or a lightweight racing bike of barely eight kilos “flying” over the roads – the similarities might not seem obvious, but they’re there. In both the design of the Boeing 747-400 and the racing bike, weight, integral strength, and wind resistance are central issues. For both designs, light but strong materials are used such as aluminium, titanium, and carbon composites. In flight, it allows for greater fuel efficiency. In cycling, it lets you go as fast as possible using the minimum amount of energy. 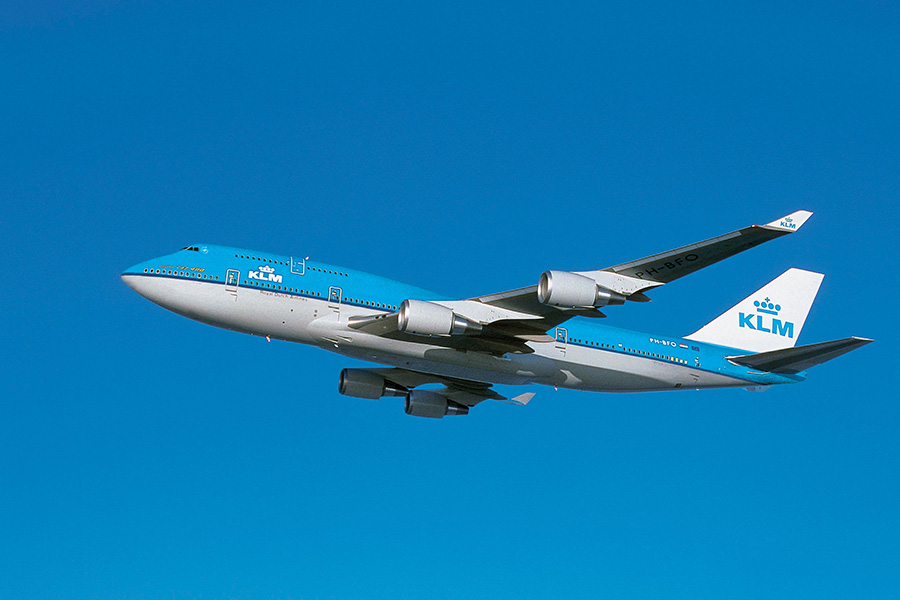 Aerodyna-what? Aerodynamics – the study of the interaction between the air and solid bodies moving through it. This knowledge is used when designing aircraft and fast bicycles. In both cases, it’s important that wind resistance is minimal because resistance calls for energy, whether from aircraft engines or from the cyclist on the bike. That makes it necessary to study air flow to create the best possible aircraft or bike. Aerodynamic research takes place in wind tunnels. In the case of the aircraft, designers will use a scale model in the air flow. For racing bicycles, you need both the bike and the rider in the air flow. 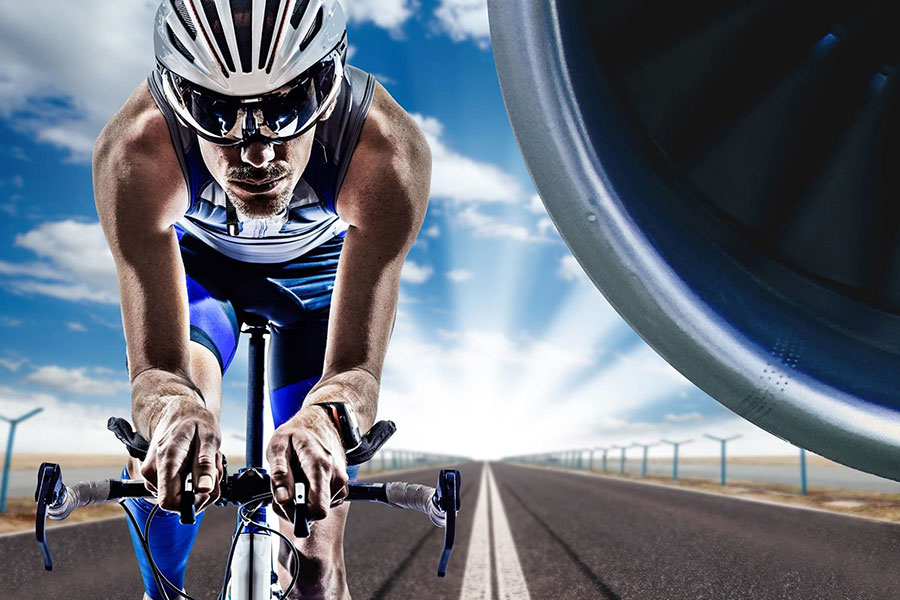 Another interesting point, but one that involves civil aviation and bicycles, is the number of bikes that KLM transports each year – for instance, the bikes that our passengers take when they travel. From New York to Paramaribo to the Himalayas, you’ll find Dutch people on their bikes. Whenever I’m abroad I too am interested in the cycling culture of the country I’m visiting. How do the roads look? Can I cycle here? Often to come to the conclusion that life is very good for cyclists in the Netherlands. We have bike paths, traffic signs, rules and regulations and excellent infrastructure. 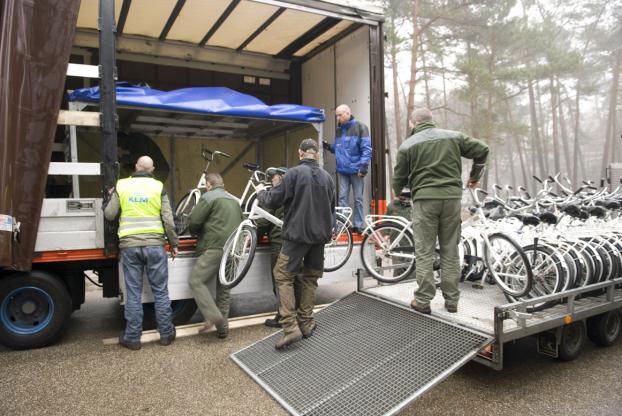 Me, myself and I

I said it before – I’m a lover of cycling, flying and KLM. Bicycles and everything that has to do with them – whether technology or sport – are my passion. As is KLM. I thought about the why of it all and came to the conclusion that cycling is in the DNA of the Dutch. We grow up with cycling. And we grow up with KLM.

And me? I took it to the next level and wove both cycling and KLM into my adult life. I started working at KLM at the age of 18. I was living in Amsterdam at the time, the city known for – you guessed it – its thousands of bicycles. More than 800 thousand of them. And on one of those bikes, I cycled through any kind of Dutch weather to and from work. I still do it to this day. And with every turn of the pedals, my love for cycling, flying and KLM continues to grow. 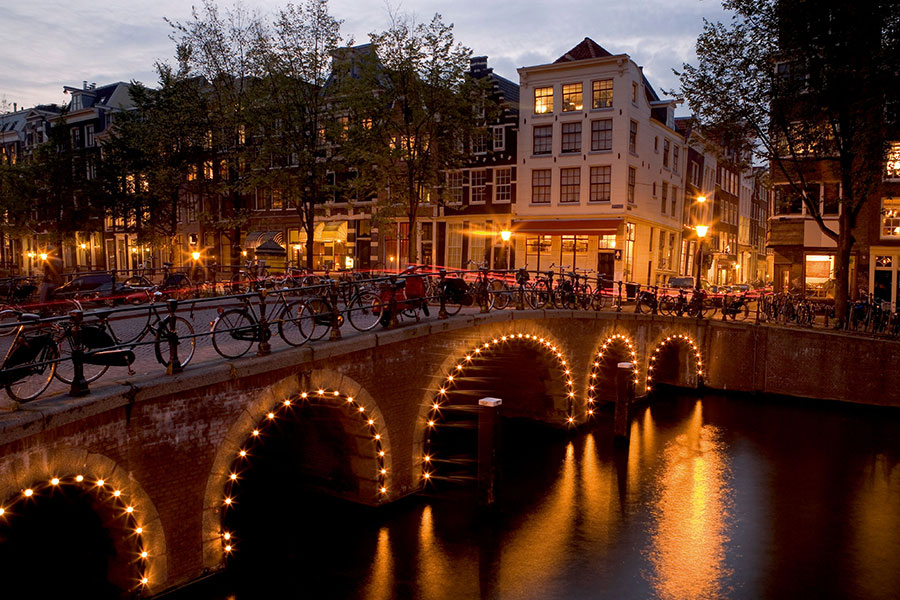