Certainly until the Second World War, KLM was a major consumer of Fokker aircraft. Fokker even built some of them especially for KLM. This blog features three unique KLM aircraft: Fokkers. Each of which KLM had only one in its fleet.

Fokker had a wide variety of aircraft types in production, all of which differed considerably in size and flight range. Over the course of the years up to 1940, KLM had twelve different Fokker models in use—some more successful than others. Some remained in the fleet for a long time; some less so. 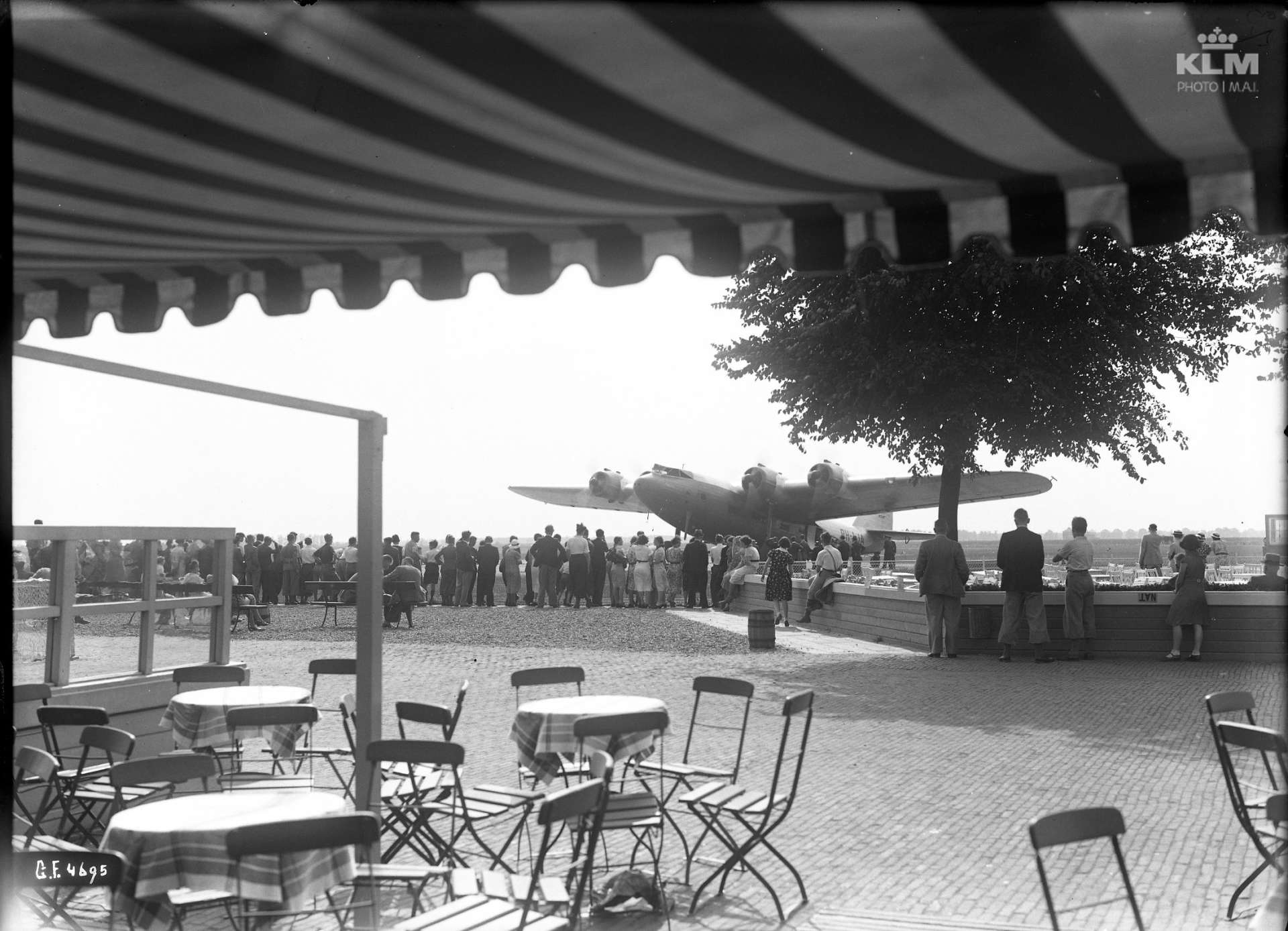 We’ll start with the largest one: the Fokker F.XXXVI, no. 36, in other words. The aircraft is unique. It is the only one of its kind. The aircraft was dubbed Arend (Eagle). Its registration was PH-AJA. Because of its large and luxurious interior, it bore the nickname “the flying hotel”. It could carry up to thirty-two passengers divided among four compartments, each with eight seats. In just a few simple manoeuvres, the seats could be transformed into beds, so the aircraft could sleep sixteen. 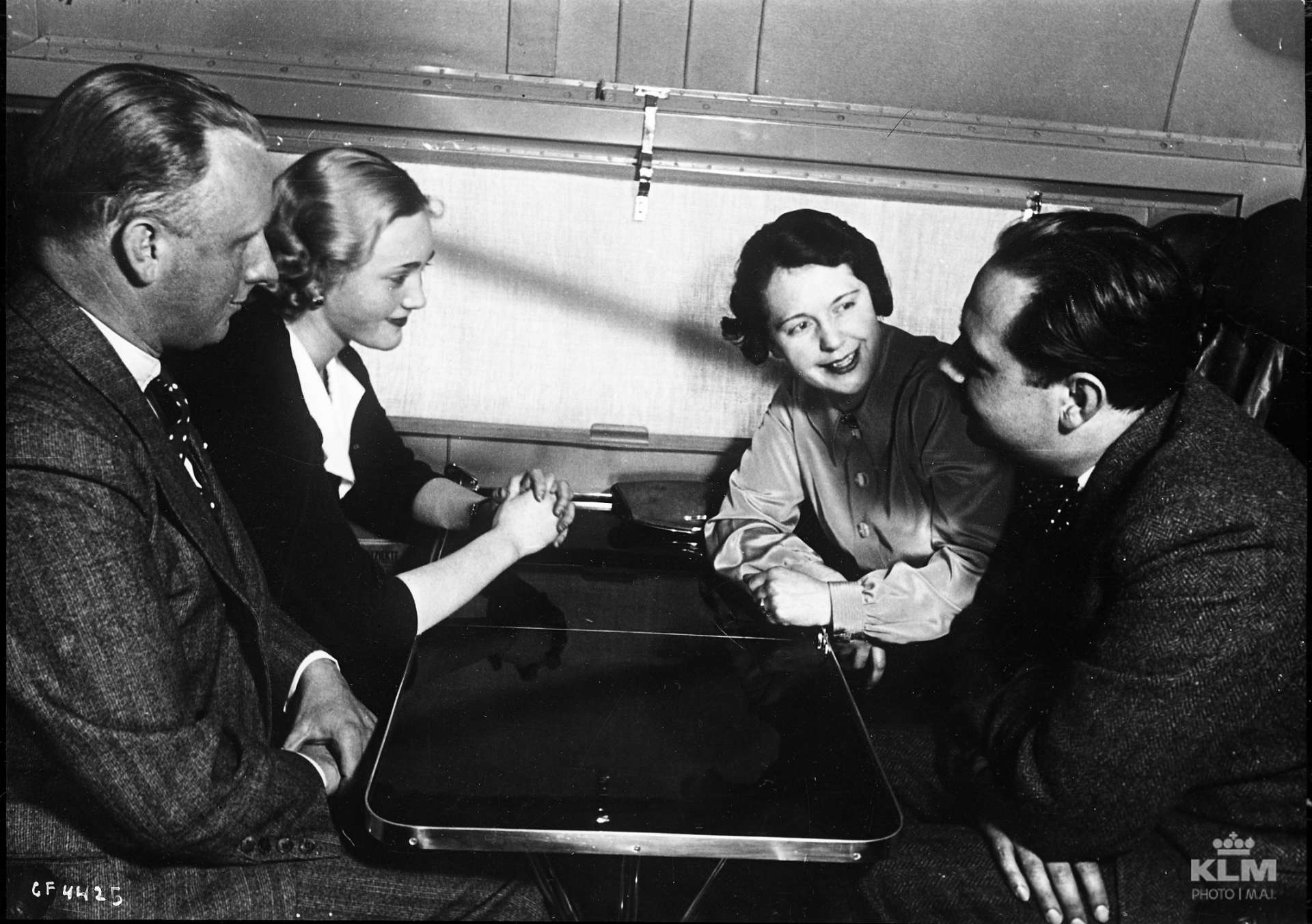 The four-engine aircraft did five years of service for KLM. The Arend was a remarkable aircraft that drew a great deal of attention, in part because of its size. Nevertheless, the technology it employed was quickly passed by new and different construction techniques, for instance, in the United States, where the DC-2 was built. Following the success of the DC-2 Uiver (a Dutch dialect word for Stork) the aircraft model was deployed on the route to the Dutch East Indies. Originally, though, the Fokker had had that honour. Thereafter the Arend was put onto European routes and brought countless tourists to the Dutch island of Texel off the coast of North Holland, less than a hundred kilometres from Schiphol Airport. It saved on the wait for the ferry, which could get very long. 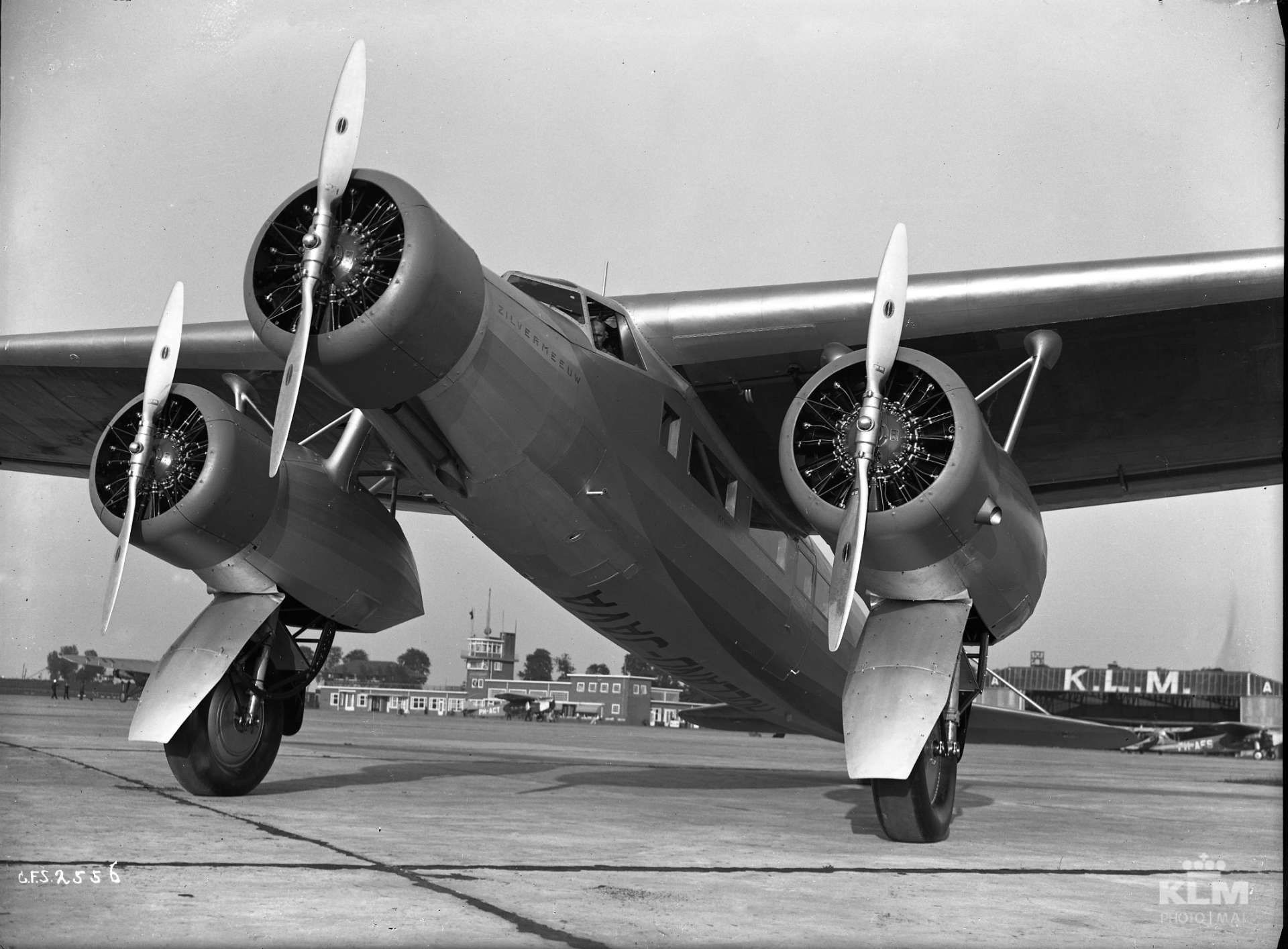 This particular Fokker differed in a number of important ways from the other three-engine aircraft that Fokker had developed. As a result of different frame construction, the hull was far rounder and the engines were equipped with rounded cowls for greater streamlining. Another important aerodynamic improvement was the brand-new retractable landing gear — the wheels stowed in the engine nacelles. All the innovations resulted in a maximum air speed of 250 kilometres per hour, a considerable improvement over the previous Fokkers which could not fly faster than 205 kilometres per hour on average.

Just when the new aircraft, de Zilvermeeuw (Silver Gull), was about to embark on a legendary flight—the Christmas mail flight of 1933—fate stepped in. Just before takeoff, the nose engine gave out and the aircraft was replaced by a Fokker F.XVIII, de Pelikaan (the Pelican). The PH-AIZ Zilvermeeuw did service from 1933 to 1936 on the London-Amsterdam-Berlin route. It could carry twelve passengers. Despite all its innovations, it turned out to be uneconomical and the landing gears and engines were ridden with problems. So only one was ever built. 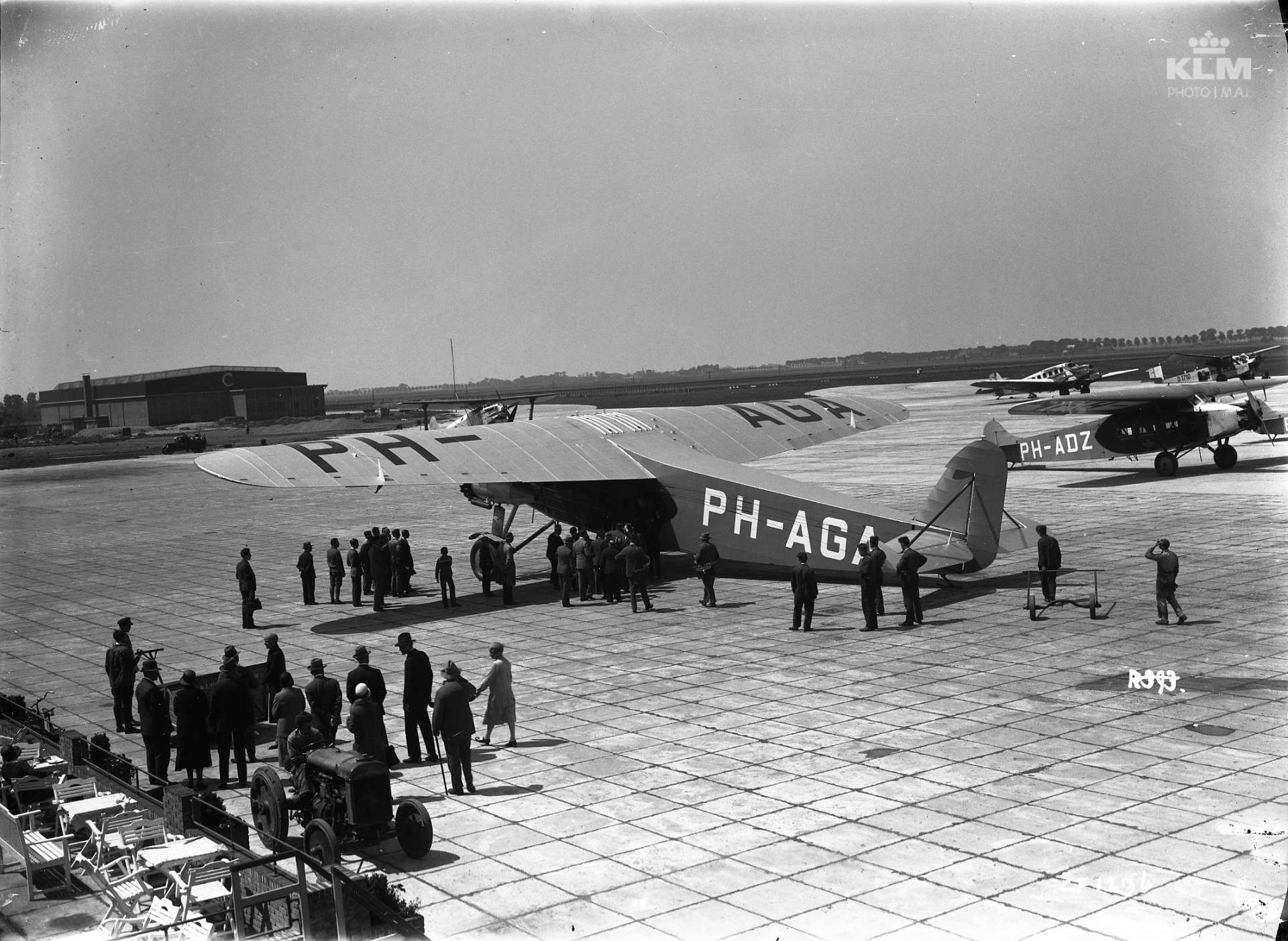 If I’m completely honest, I’ll have to admit I’m cheating here just a bit. Originally KLM had two of this particular model in service. However one was seriously damaged in August of 1931 during an emergency landing at Waalhaven Airport. That particular aircraft had done a total of seven months of service. Fortunately, the first of its kind, the PH-AGA Adelaar (the name for an eagle in heraldry), held on for longer, doing six years of service for KLM. At KLM’s request, the Fokker F.IX was designed for the route to the Dutch East Indies. At the time of its delivery, this aircraft also had some special innovations, particularly in terms of passenger comfort.

The seats had movable headrests and there was a pantry on board in which to cook meals. Grilles in the walls brought warm air into the cabin, keeping passengers warm even at high altitudes. Seats could be adjusted depending on the route. On the flight to the Dutch East Indies, the aircraft carried four or six seats. On European flights it could carry eighteen passengers. In November of 1930, the Adelaar flew its maiden voyage to Indonesia. And it went quickly, arriving at its destination in thirteen days and returning in twelve. Even so, the aircraft was no longer deployed on the route. Instead, it earned its keep on the Amsterdam-London route.

For the connoisseurs: in the background from left to right – a Rohrbach Roland, a Junkers G24 and a Caspar C-35 Priwall. The KLM aircraft next to the Eagle is a Fokker F.VIIA.