Tip: A voluntary contribution added to the bill as a reward for good food, service or atmosphere? Or is a tip expected? It’s always tricky to know what to do. How much tip should I leave? How much is enough to show your appreciation, or will it be taken as an insult? To avoid awkward situations when it’s time to pay, I stick to the following rule in the Netherlands: 10% of the total, or nothing at all.

Levels of service and tips vary greatly in the Netherlands. And the one is often intrinsically linked to the other. Bad service, steak as tough as the sole of your shoe, or the ambience of a funeral? No one would expect you to reward these conditions. But, if it was everything you ever dreamed of and more, then the reward should reflect that. A spectacular evening deserves a spectacular tip!

Be German for a change

Whether you’re strolling through the streets of Berlin, or sliding down ski slopes in Saurland, a tip is the last thing you should be worrying about. Our eastern neighbours maintain a uniform rule for tipping. 5% to 10% tip is perfectly adequate to show your appreciation for good service.

Service is usually “compris”, included, in France. You can usually find it on the bill under “service”, in which case you don’t need to leave a tip. Excellent service should rewarded with an extra 5% in cash, according to the rules. However, ask any Parisian what the standard tip is and they’ll tell you it doesn’t exist. Did you receive excellent service? Then the tip should be excellent too. Simple. “Merci”.

Kingly tips in the United Kingdom

When you ask for the bill in one of the UK’s many high-end establishments, remember that 12.5% tip has already been included in the bill. Just as in France, this is put on the bill under “service”. There’s no need to leave an extra tip. If you would like to leave a tip, 10-15% is normal.

Italian restaurants usually include service in the price, but the bread, breadsticks and other nibbles you may find on the table are not complementary. But, regardless of whether the food was good or bad, you are expected to leave a cash tip of between 5% and 10% – a voluntary obligation. Tip generously and you can be guaranteed extra special attention next time you visit.

In Portugal, a tip in a restaurant is additional wages for the staff. A tip of around 10% is therefore very gratefully received. If you spend an afternoon or evening in a more expensive restaurant, then you should add 15% to the bill.

La propina. The tip. Tipping is not compulsory in Spain, but it is expected. Even if a restaurant includes service in the price, it doesn’t mean the waiters or waitresses will see any of it. Tips supplement their wages. Having a “cafe con leche” with a piece of “pan con tomate”? Leave a couple of euros on the table for the waiter/waitress – they’re happy, you’re happy. A tip of 5% to 10% scores good (karma) points.

Tipping here is pretty clear. Whether service is included in the bill or not, you don’t have to tip. This is a relief; these are not the cheapest countries in Europe, so it’s nice to know where you stand.

Europe in a nutshell

If you go out in France or the UK for “vin, pain et paturain”, or pints and shepherd’s pie, check the bill to see whether service is included. If it is, save the tip for the taxi driver who gets you home safely. 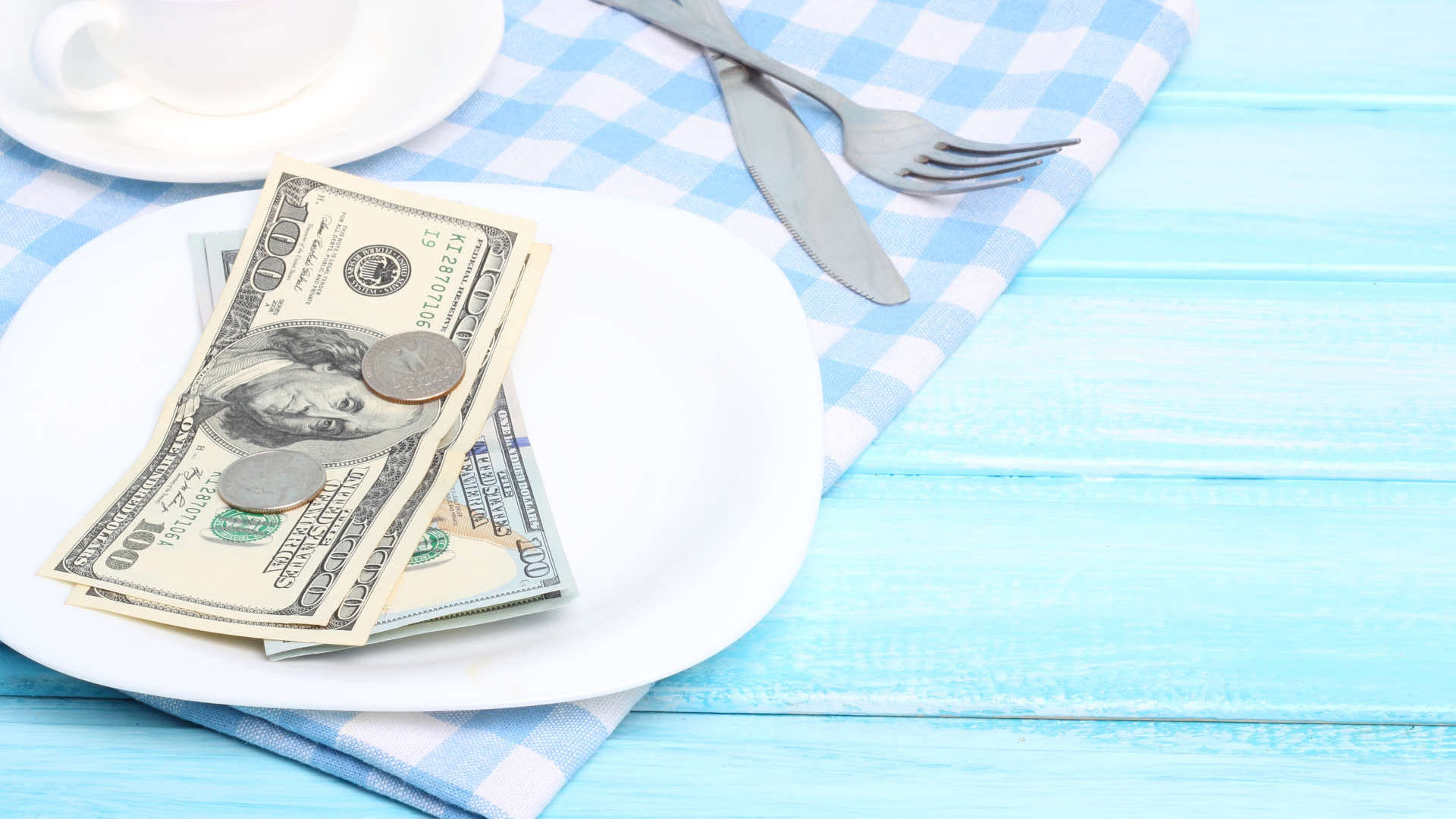 Which came first, tips or service? Americans seem to have invented service. Perhaps it’s not so strange then that tips have become a clear and permanent part of service. And service reflects how very important tips are. In restaurants, a normal tip is between 15% and 20%. If you need to be reminded about how much you should tip, then look at the bill. Take the amount for “tax” and double it. Sometimes the tip is also listed as “gratuity”, in which case there’s no need to leave anything extra.

If you’re travelling in Asia, keep some small change in your pockets for tips. 10% in tips is expected everywhere in Asia. In Hong Kong it’s double – 10% is included in the bill, while another 10% is expected on top. In the rest of China people are happy with 3%.

A tip is an insult in Japan. Don’t do it. Singapore and Vietnam also don’t have a tipping tradition. Spend the money on an extra sake or souvenir.

1001 tipping rules for the Middle East

Tips are often included in the bill’s total in the Middle East. Yet everyone is used to getting a bit extra. Bear in mind in Dubai that the locals earn considerably more than immigrants, who are therefore delighted to receive a decent tip. In Dubai, round the bill’s total up to the nearest 5 dirham. In Egypt you should keep the tip to between 5% and 10%. And in Israel any small change will do – everything is included in the bill so a bit of change is sufficient.