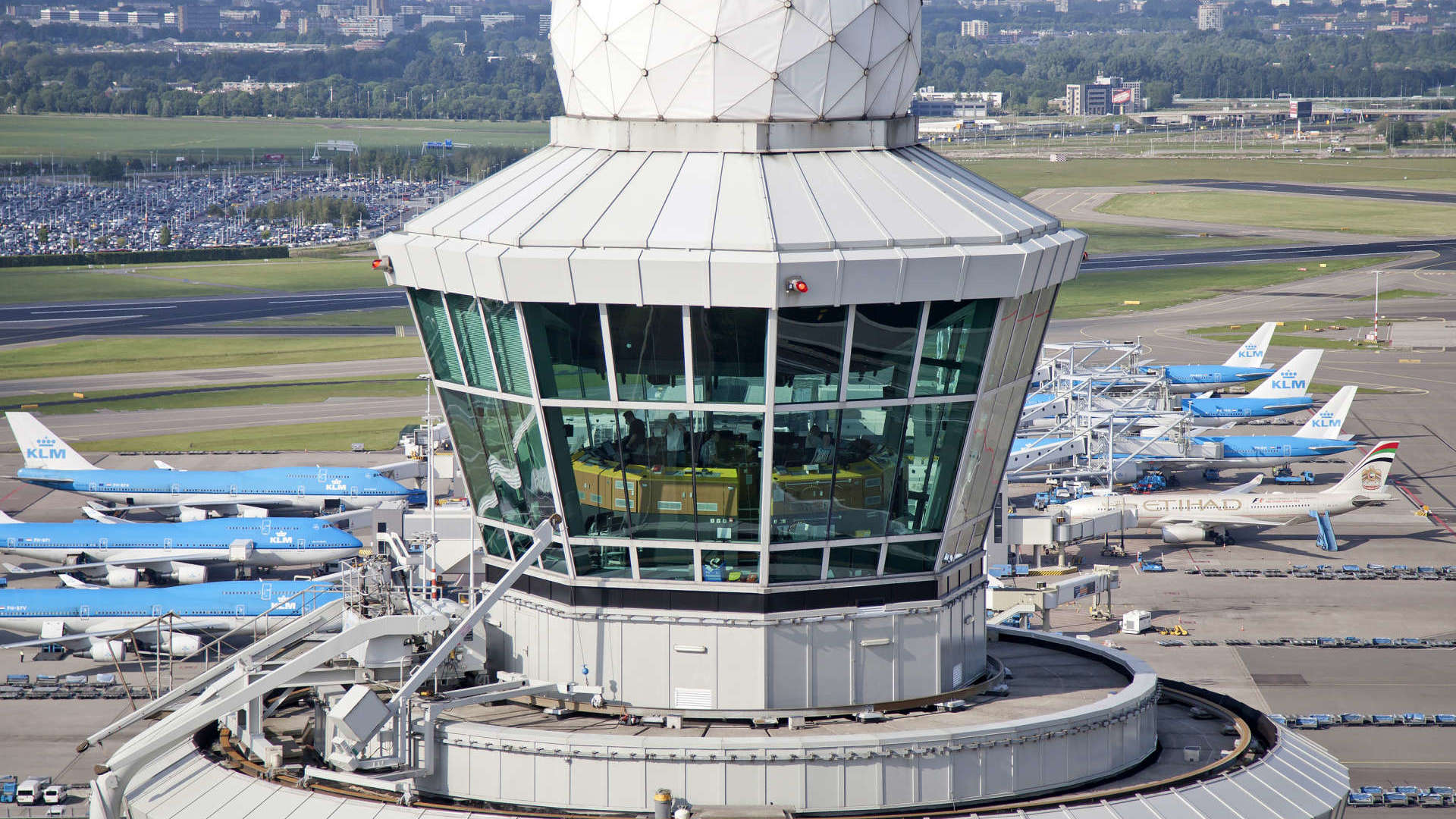 The name says it all. The air traffic controllers who work in the Tower are responsible for traffic at and around the airport, within a radius of approximately 15 km. This includes aircraft on the taxiways and runways, as well as airborne traffic and any vehicles driving around the airport.

In short, Tower is in charge of all visible traffic. Aircraft that are further from the airport and therefore not visible to air traffic controllers are the responsibility of radar controllers.

The Approach department handles traffic within a radius of approximately 50 km from Schiphol, to an altitude of around 4 km. The Approach controllers are in charge of separating traffic arriving at and departing from the airport.

The Approach controllers coordinate traffic that is waiting over the North Sea and Flevoland and Zeeland provinces, directing them towards the airport and “zipping” them into line for their approach to the runway. 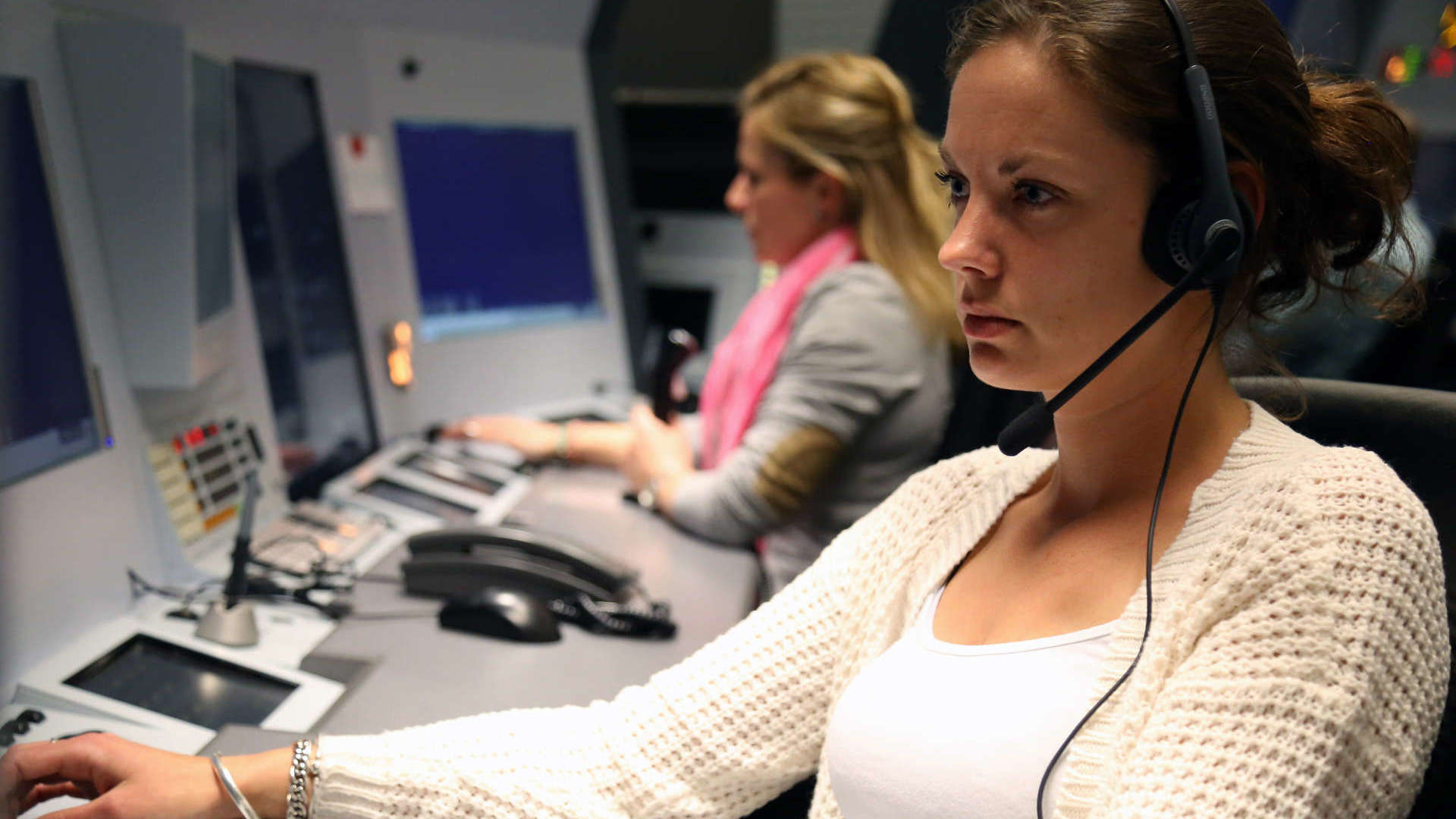 The people at the Area Control Centre (ACC) are responsible for air traffic in the higher reaches of Dutch airspace. The work area of the ACC extends from the southern border of the Netherlands to far beyond of the Waddeneilanden along the northern coast, and from the English border in the west to the German border in the east. The ACC controllers handle traffic flying at altitudes between 4 and 8 km, mainly heading to and from Schiphol, but also bound for airports such as Rotterdam, Eindhoven, Brussels, Düsseldorf and London.

Traffic on its way to Schiphol is guided from the Dutch borders to waiting areas, where aircraft fly around in holding patterns until they are allowed to land. This usually happens when there are delays, mainly due to bad weather, and it ensures that aircraft don’t have to crisscross the country while waiting.

Aircraft departing from Schiphol follow this route in reverse. As soon as they have been guided to their correct flight path, they want to climb to their cruising altitude as soon as possible. As soon as the boundary of one work area has been reached, responsibility for the aircraft is transferred to the next air traffic control unit. 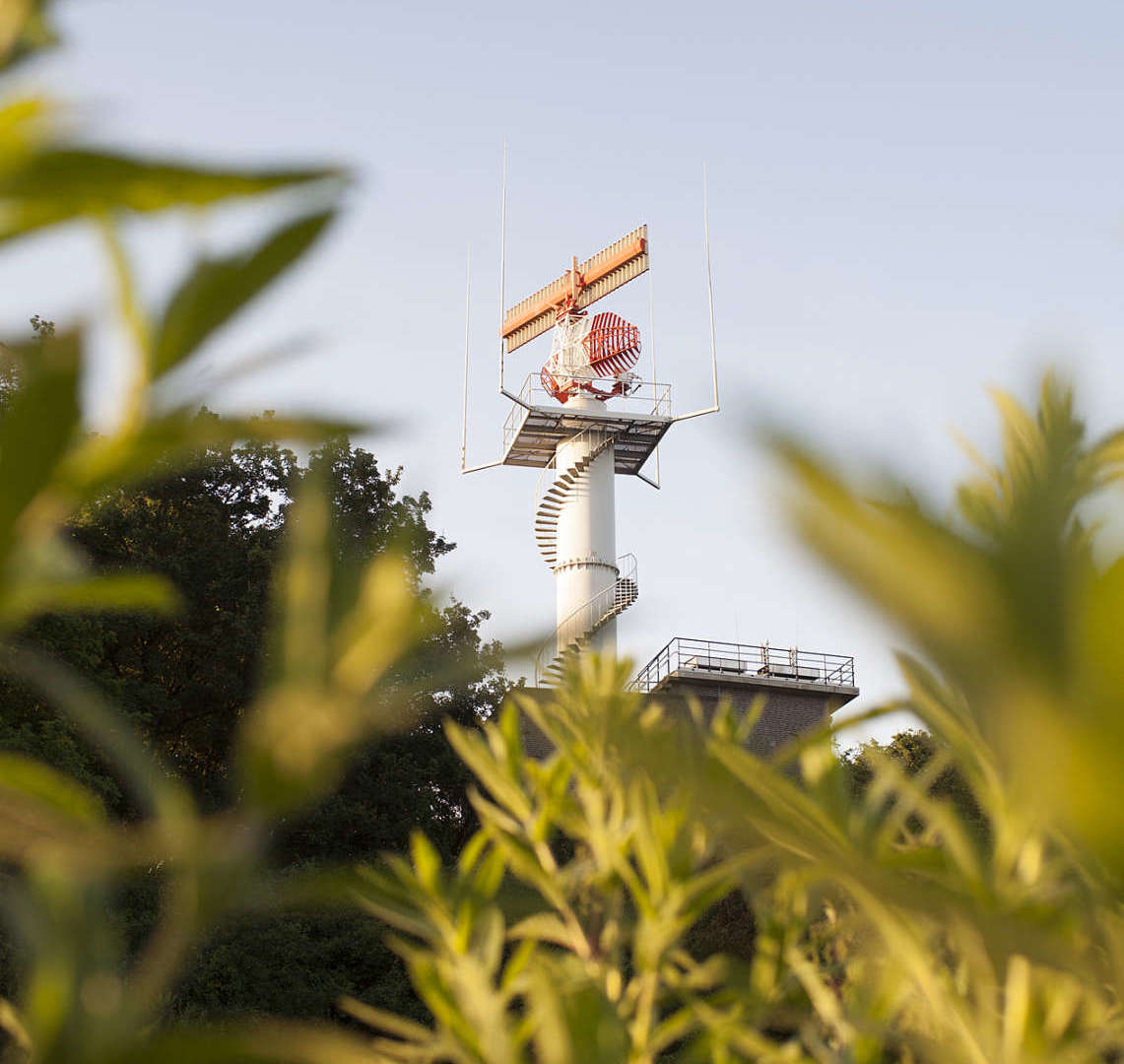 Both Approach and ACC are fully reliant on radar. These two departments are located at our main building in Schiphol-Oost and not in the tower, as explained in our blog “6 Air traffic control myths busted”.