Pressure and ear pain during a flight can be extremely annoying, even painful. And almost as unpleasant is having to wait another 12 hours, or longer, before being able to hear normally again. I’d like to give you some background information on the phenomenon as ear pain during a flight, as well as some tips and tricks on how to prevent it, or minimise its effects.

How do our ears work?

Our ears enable us to hear sounds, which are actually vibrations in the air. These vibrations travel through the ear canal to a thin membrane called the eardrum, which also hermetically seals the ear canal from within. On the other side of the eardrum is a tube called the Eustachian tube, which runs from the inner ear to the back of our nose/throat, where it can vent to the air outside. This tube allows air to flow to or from the inner ear, depending on whether the pressure in the inner ear is higher or lower than ambient air pressure. An obvious precondition is that the Eustachian tube cannot be blocked! This can happen, for example, if it is obstructed by mucus or inflammation due to a cold, hay fever or perhaps a respiratory infection. 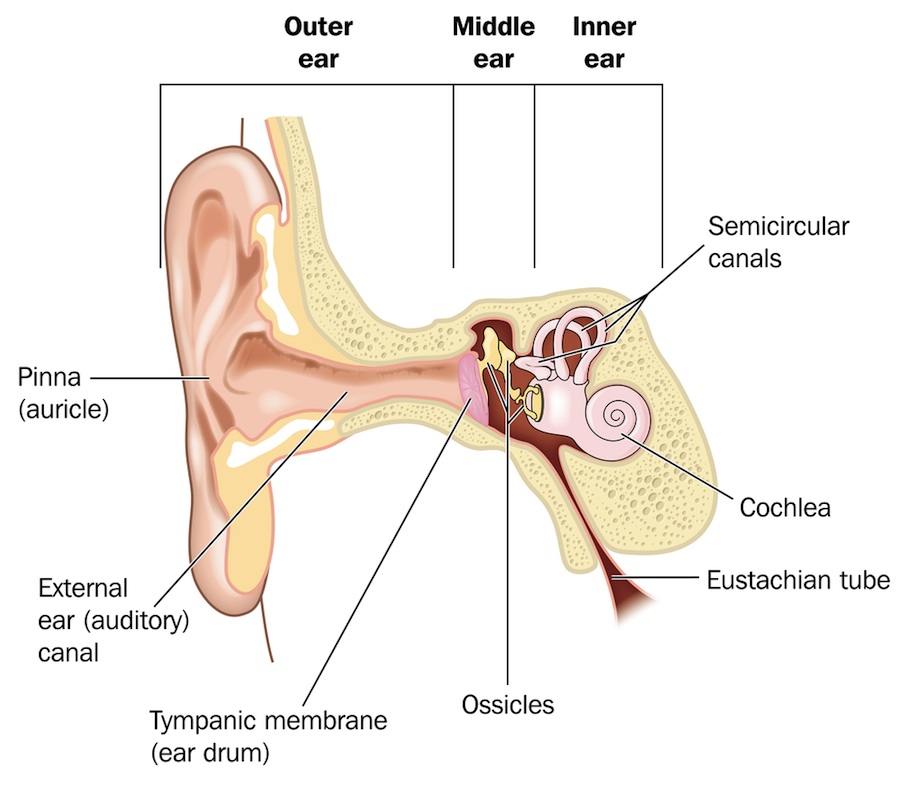 What happens in our ears when an airplane climbs?

As the aircraft climbs the air pressure inside the cabin gradually decreases until it reaches the level at which it will remain for the rest of the flight (at cruising altitude). Because this air pressure is lower than it was at ground level it means that some of the trapped air must be allowed to escape from the inner ear. If it doesn’t, the slightly higher pressure will cause the eardrum to bulge outwards. If all goes well, the overpressure air in the inner ears simply escape via the Eustachian tube. It’s easier for this tube to exhaust air than to suck it in, which is why hardly anyone has problems with their ears when an aircraft is climbing.

What happens in our ears when an aircraft descends?

As the aircraft descends the air pressure inside the cabin will gradually increase, so the rising air pressure will push the eardrums inwards. To counter this, the air pressure on the other side of the eardrums, in the inner ear, must also increase. To enable this to happen air must be sucked in through the Eustachian tube.

What is happening when you have ear pain during a flight?

If you are suffering from a cold or hay fever, the mucous membrane in the Eustachian tube can become swollen and impede the flow of air through it. Consequently, when the aircraft is descending the air pressure behind the eardrum, in the inner ear, will remain too low and will not be able to counteract the increasing cabin air pressure that is pushing the eardrums inwards. Initially you will feel this as pressure and later as pain in your ears. Furthermore, because the eardrum will be under constant pressure, it will no longer be able to vibrate freely. So you won’t be able to hear properly either. 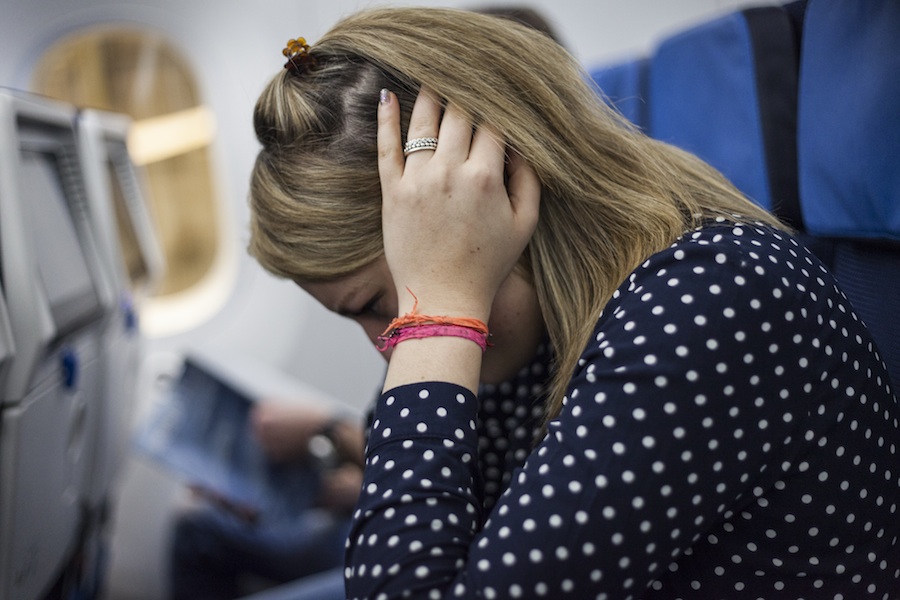 Tips and tricks to avoid ear pain during a flight

After scuba diving you should wait for about 12-24 hours before flying. This time frame depends on the depth to which you dived and the number of dives you made. In this case it has to do with having to clear the nitrogen from your body after diving, to avoid decompression sickness or Caisson disease. This is not directly related to the pressure issues of the ear. Although flying after diving can also make your ears malfunction (not work properly) due to the same mechanism. In a short period of time you extensively pressurize the eardrum. 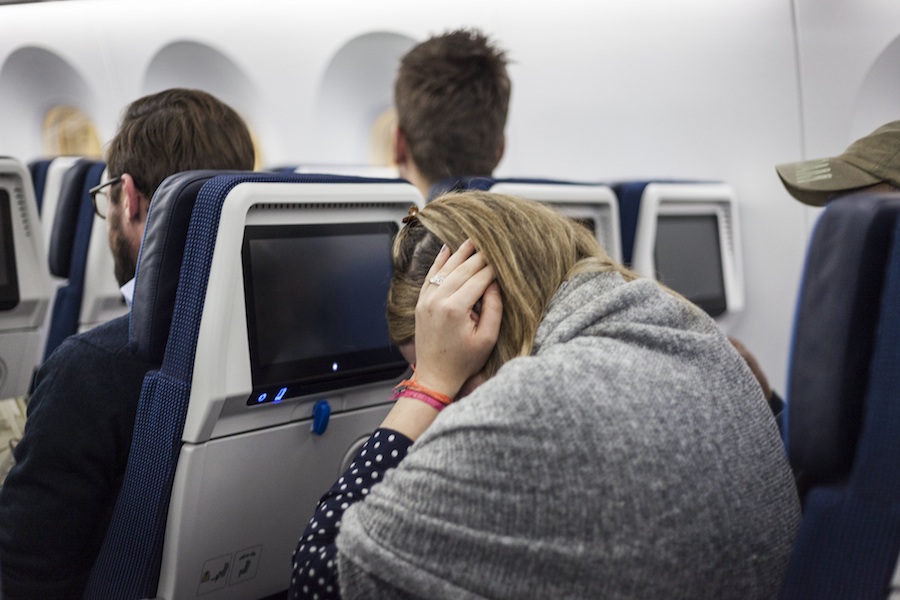 Are you able to fly with ear pain?

If you have a severe cold, ear pain, a high temperature or a combination of these, you might wonder whether it’s indeed wise to fly. The Eustachian tube could be blocked (due to mucus). It could cause you more serious ear problems during the flight. If you really want to make your journey: my advice would be to have your ears checked by a medical doctor before departure. You may risk a barotrauma, which is damage to the eardrum due to pressure changes. Or maybe even a rupture of the eardrum (although rare).

You might experience ear pain, hearing loss, dizziness or tinnitus (buzzing in the ears). Airport Medical Services at Schiphol has equipment that can measure the pressure-movements of the eardrum. They can also advise you on whether or not to fly. Barotrauma will heal quicker than a ruptured eardrum, which can take between a couple of weeks to several months.

Still having ear pain after your flight?

Want to know some other tips, besides avoiding ear pain, here are 9 tips on making flying as pleasant as possible.

Does this blog look familiar to you? Yep, that’s right. We’ve posted this story in May 2017. So this actually is a repost. But let’s be honest: you can never know (or hear) too much about the protection of your ears during a flight, can you? :-)