It’s good to have your head in the clouds every now and then, especially when travelling.  As the plane takes off, you can see everything below you turn into a Lego playset. I love how it seems to put everything in perspective.  I also love watching the clouds, whether I have my feet firmly planted on the ground, or I’m flying to a new destination. Clouds are simply masses of little water droplets or ice crystals, but they’re fun to watch, because they can have so many different forms. These are just a few, and hopefully you will be able to spot them soon.

There is a phenomenon known as a mackerel sky. It’s not that the individual parts look like fish, but the pattern is similar to that of the back of a mackerel.  In Dutch the same cloud pattern is known as ‘schaapjeswolken’, which translates to sheep clouds. The small fluffy clouds indeed look a lot like a flock of sheep. 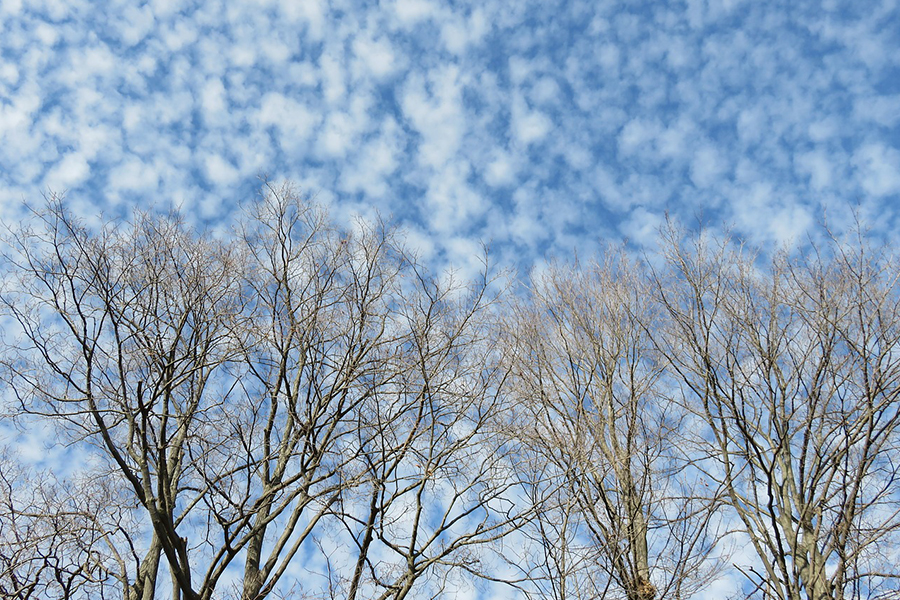 A fish bone in the sky

Cirrus clouds, on the other hand, look nothing like sheep. They are made up of ice crystals and they are not round and fluffy, but thin and hair like. Not surprising since cirrus is Latin for hair lock or tendril. There is a subtype called cirrus vertebratus. The name says it all; these clouds look like vertebrae or fish bones. Because of two different air streams the separate cloud elements are positioned in different directions creating their distinctive appearance. 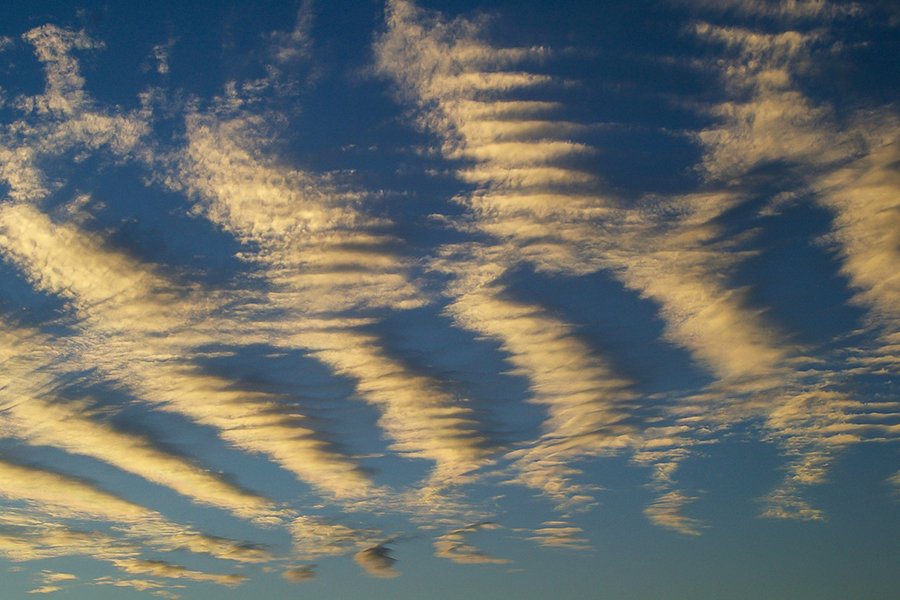 If you ever spot a lenticular cloud, you might just think that the Martians have landed. These clouds are shaped like disks, sometimes having the appearance of a UFO. And even though they are not really flying saucers, they are pretty spectacular. You will probably only get the chance to see them if you are flying somewhere less flat than the Netherlands, as the clouds generally form downwind from mountains. 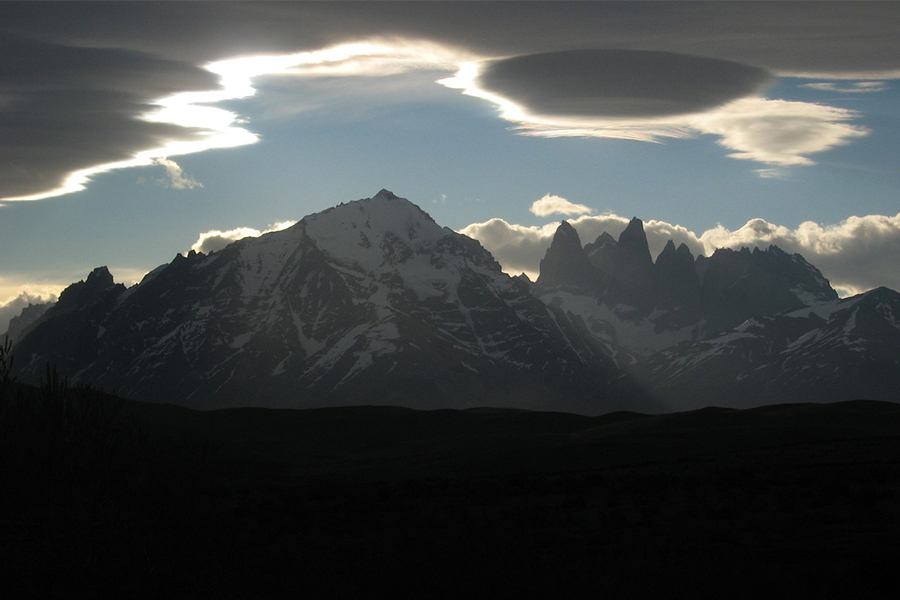 These clouds are also called fire rainbows or iridescent clouds. A cloud needs to be at an exact height and the temperature has to be an exact number for it to get a wonderful colourful shimmer, as the light is refracted through the cloud particles like it would through a prism. 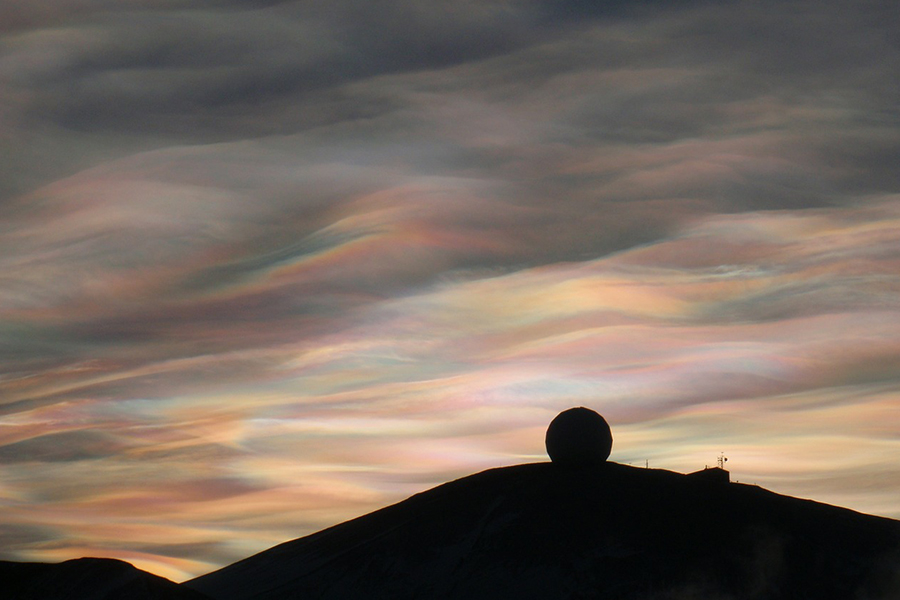 Perhaps the creator of the Road Runner cartoons saw a cumulonimbus incus cloud while he was thinking of ways for Wile E. Coyote to get himself into trouble. This cloud is also known as an anvil cloud, because of its flat top. The reason for this is that the top layer of the cloud hits a layer of warmer air and spreads out against this barrier instead of piling more fluffy cloud matter on top. If you see one of these at your place of arrival it will probably be a good idea to pick up an umbrella at the airport as these clouds can often produce hail or heavy rain. 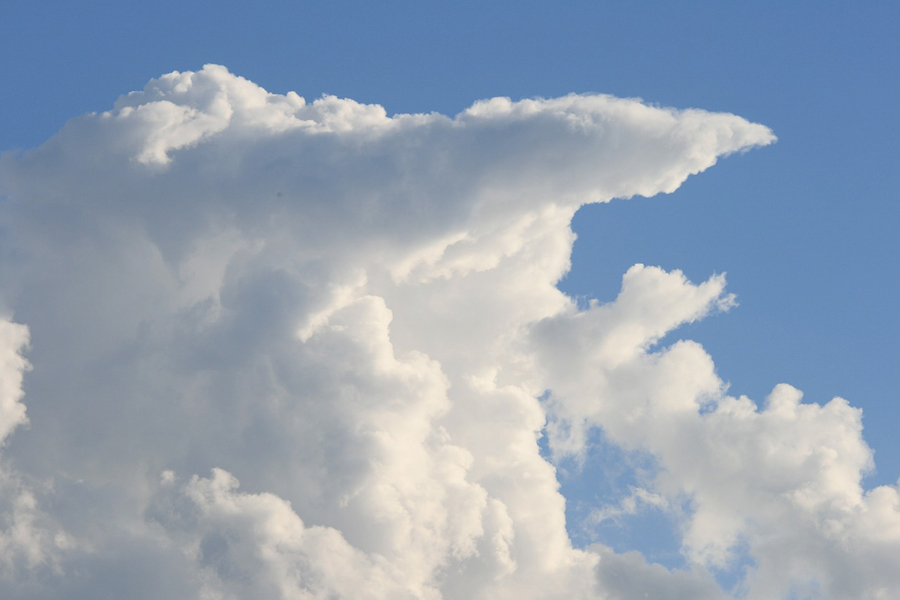 If you don’t see any of the above, you can still find some impressive ‘regular’ clouds. While seeing things that aren’t there is usually not a good thing, trying to see familiar shapes in cloud masses is pretty harmless and pretty fun. Seeing a familiar pattern where none exists is called Pareidolia, and it just means you have a very creative mind. Why don’t you try and see how many different things you can see in the clouds when looking out the window. I just spotted a Poodle. 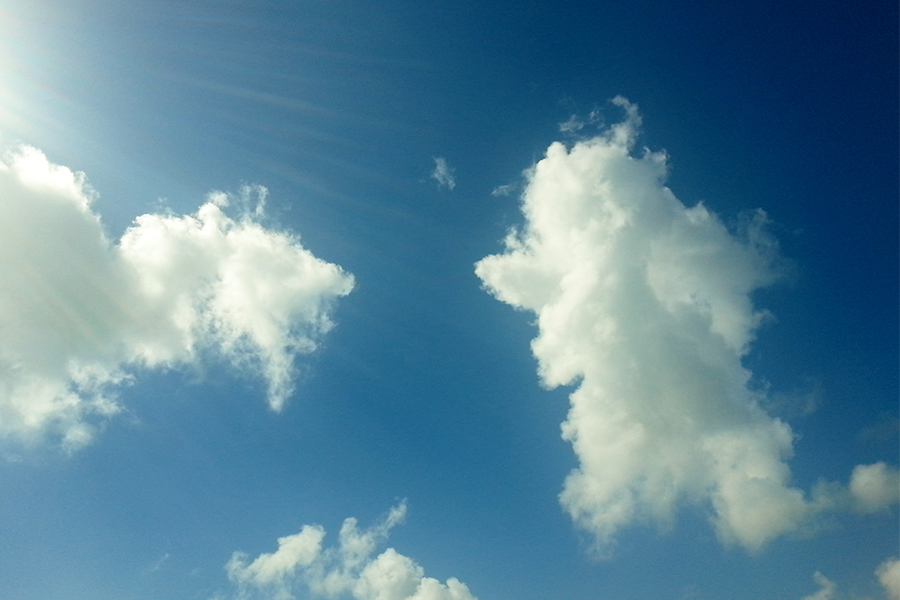