At some point in your life, you will no doubt have heard some stories about flying that make you go: What?! Surely not! Really?! What is and isn’t true about these myths about flying? I’ve investigated 10 for you.

1. You can get sucked into an aircraft toilet

Myth: Although it certainly sounds likely when you push the button and hear that loud sucking sound… 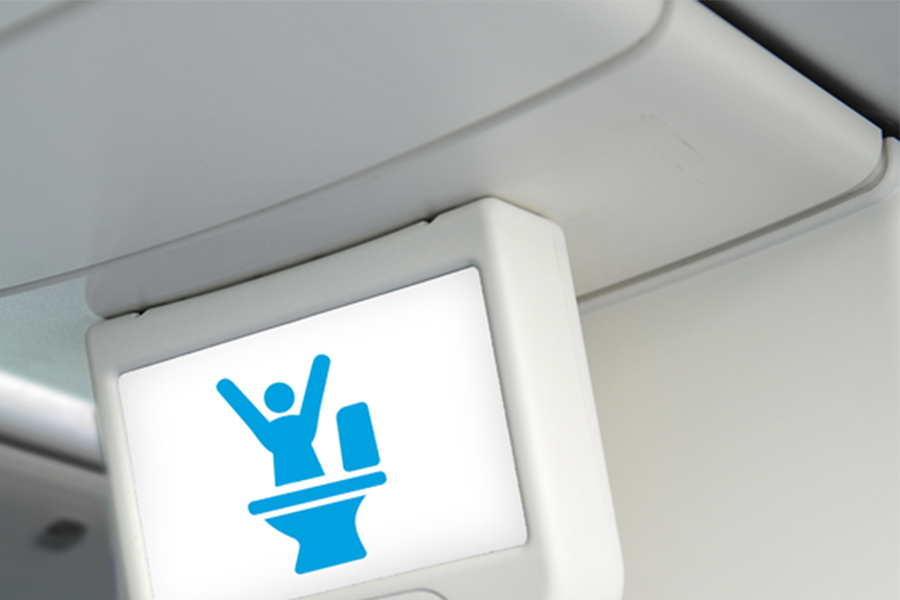 Aircraft toilets have a closed vacuum system. When you flush the toilet, a powerful vacuum system located near the waste tank sucks down anything that’s lying over the hole and draws it down into the tank. And we mean anything! We regularly find objects in the disposal tank that definitely shouldn’t be there.

But never any passengers! The reason being that the vacuum only works near the mouth of the disposal pipe. Yes, if the toilet bowl and seat had an airtight seal, this might have nasty consequences for toilet users who flush when seated. But the toilets and the vacuum system are designed in such a way that you cannot be sucked into the toilet.

2. An aircraft door can be opened during a flight.

Myth: The cabin doors can only be opened if the pressure on the inside and outside of the aircraft are virtually the same.

The pressure inside and outside is certainly not the same after take-off. The air pressure at high altitude is dangerously low, which is why the cabin pressure is increased artificially.

If you look closely at aircraft doors, you’ll see that they fit into the aircraft almost like a cork. A nifty mechanical system ensures that they can also open outwards.

When the door is closed, cabin pressure is exerted on the door. The force with which this takes place is determined by the difference in interior and exterior air pressure and the surface area of the door. As Sir Isaac Newton so succinctly put it: F = p x A.

We won’t bore you with the figures, but we can assure you that this force is far greater than the muscle power of the strongest passenger. In short, you can not just open the door at cruising altitude. Once the plane has landed, the pressure difference is minimised and the doors can be opened.

Only cabin crew are allowed to do this, of course, because the automatic emergency slides have to be disarmed first. When the plane draws to a halt at the gate, you’ll hear the pilot say: “Cabin crew, disarm the