The corona crisis is still very much with us. Air traffic is still largely grounded. KLM has cut back its schedule drastically and is operating repatriation flights to bring home Dutch citizens stranded abroad. We join Boeing 777 Captain Rob Flick on a six-day trip to a destination KLM hasn’t served for almost 20 years.

Early in the morning, I’m called by the Crew Control Centre, asking whether I’d like to operate a repatriation flight to Sydney. Is this some kind of April Fool’s joke? But my colleague is serious. “We’re not 100% sure yet, but we’re working hard on preparations.” And of course my reply is: “YES! OF COURSE I’d love to go down under again! KLM operated its last flight to Australia in 2001. The last time I flew that way was 25 years ago. And I’m delighted to be able to help with this special mission. But let’s wait and see if we get the go-ahead.

The call comes later that day: “We’re good to go!” We schedule a video meeting for 11:00 hours the next morning.

At 11:00, I’m ready for the conference call. During the call I am briefed by all the people who have been working their socks off in the background to make this flight happen. The crew agrees to meet at the Schiphol Crew Centre at 19:30 hours that evening for a joint briefing, where we will all be keeping our distance, of course.

There are twelve of us, in total. Two captains (myself included), a co-pilot and nine cabin attendants. The second captain, Denijs, happens to be an old friend of mine. We graduated from flight academy together 35 years ago. We’ve worked as a team before and we know each other well, which makes it all the more enjoyable.

Schiphol Crew Centre is almost deserted when I arrive. The crew I meet in the briefing area is motivated, enthusiastic and looking forward to making this a memorable trip. Soon after meeting, we board the Boeing 777-200 PH-BQK “Mount Kilimanjaro”, which will take us to Sydney. 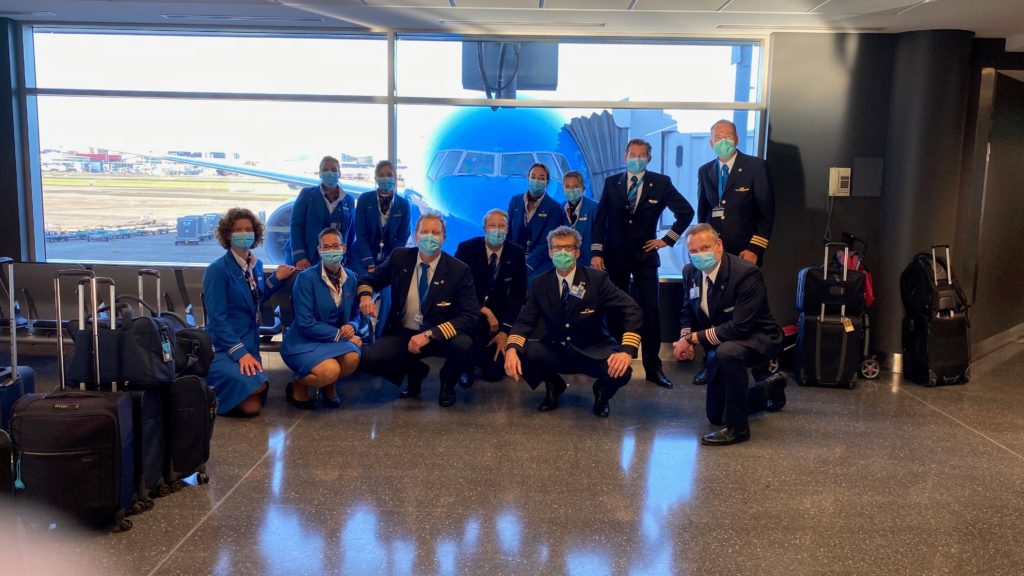 In the cockpit, I check whether the navigation computers have received the correct update to find our way to Sydney. This is necessary because we haven’t flown to this city for so long. Fortunately, the update has been completed. There are two crews on board; one is working, the other isn’t. We’ll be flying as passengers as far as Kuala Lumpur, our intermediate stop. There we’ll swap with the other crew and, after a short rest, will fly the second stretch from Malaysia to Sydney.

After a smooth flight we touch down in Kuala Lumpur. After disembarking, we first have to go for a health check. The rest of the terminal is deserted. We stay at the airport and go to the hotel to rest. We have to stay in quarantine there for nearly twelve hours before heading “down under”. 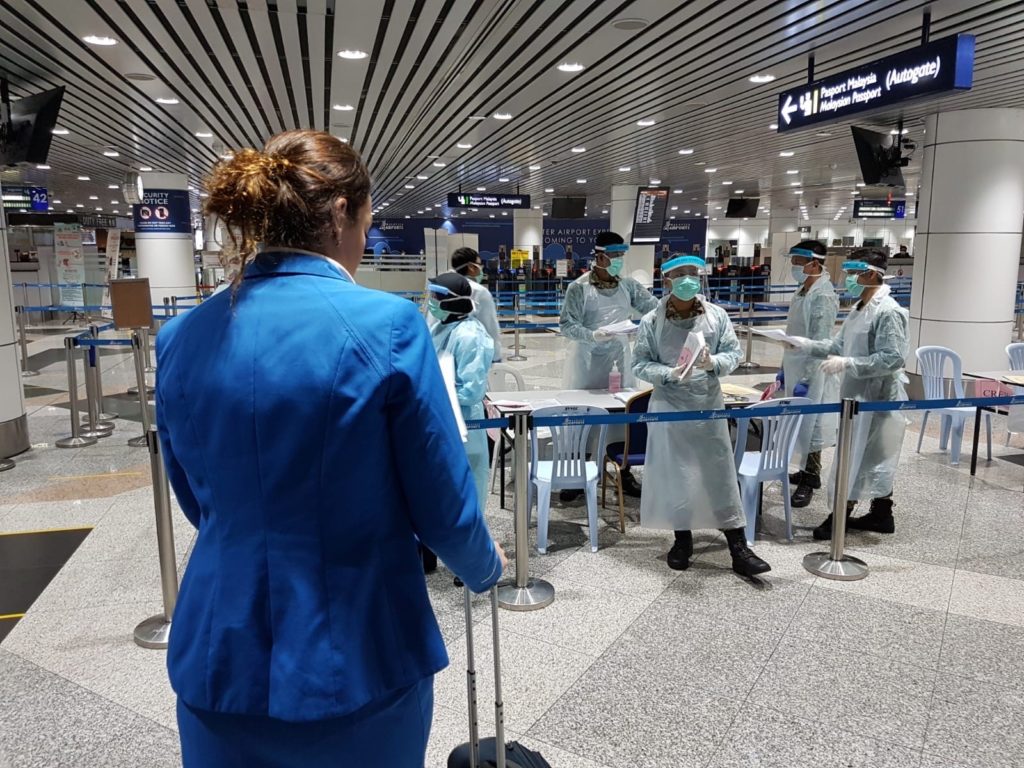 We gather in the hotel lobby at 05:15 hours and then head out to the terminal. It’s surreal to be the only people in the deserted airport, apart from the security staff. The departure halls and piers are empty, the shops have been sealed shut with plastic film. The few people on duty at the security and health checkpoints are very friendly and helpful. It’s as if everyone feels we’re all in this together.

As the sun comes up, we fly south, experiencing wonderful views as we pass over Australia’s north coast, down over Alice Springs and on to Sydney! We only had radio contact with a couple of other aircraft throughout the entire flight. As we approach Sydney, we’re the only plane in the sky! We get a superb, aerial view of the city and its famous Opera House. There’s a stiff wind and plenty of turbulence, with lots of plane spotters out to watch us land.

As we wait, we can see lots of people taking photos, waving and filming. We wave back enthusiastically! On arriving at the gate, we all have our temperature taken and fill in forms before we’re allowed to disembark and go through customs. We then head out to the hotel, where we have to go into quarantine again. Real passengers tomorrow! 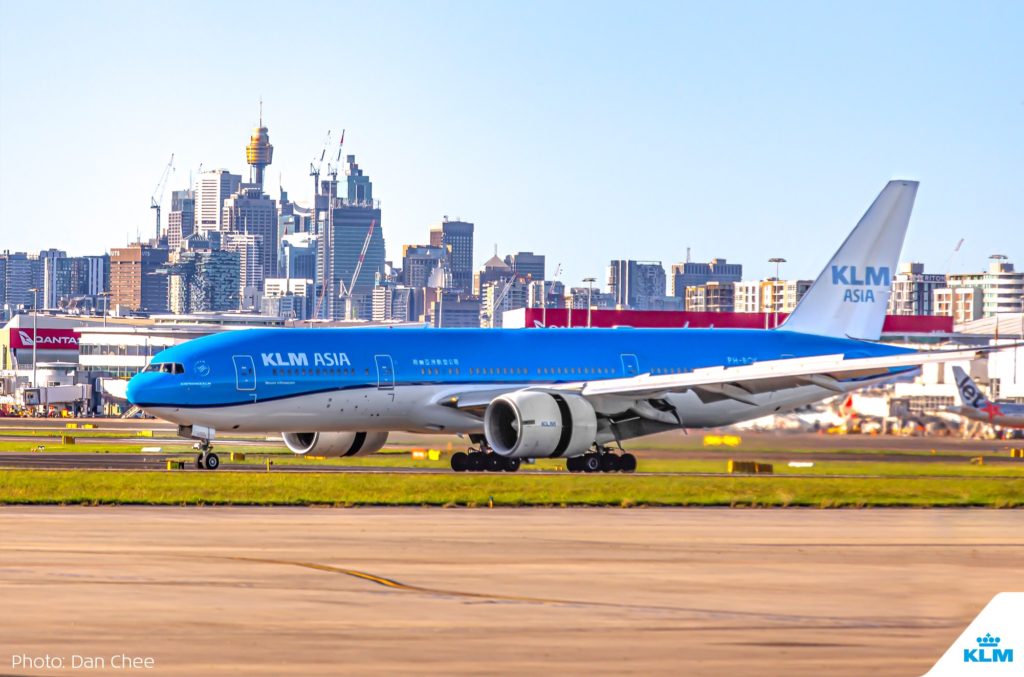 After a good night’s rest, we gather in the lobby for a briefing. Soon we’re passing through a slightly less deserted airport, wearing face masks and keeping the proper distance from one another.

After the standard checks, we arrive at the gate, where we see the passengers we’ll be flying home! They’re very glad to see us. We’re greeted with loud applause. Aboard the plane, colleagues are busy placing goodie bags filled with food on all the seats. Just before the passengers are due to board, I head back up to the gate with the senior purser and my fellow captain Denijs. When I cue the microphone to address the passengers and see the impact my words have on them, I realise that this is a very special moment.

During the flight, the passengers’ stories gradually coming trickling in. There are extraordinary and distressing stories from people who have, more or less, been sent back to the Netherlands. One woman was on a work visa and had to leave after four years in Australia, but had little to return to in the Netherlands. Another Dutch woman had been preparing to marry her Australian fiancé, who she now had to leave behind.

A perfect landing at a very tranquil Kuala Lumpur. We welcomed the new crew at the gate and updated them on all relevant details. They will fly the plane and passengers back to Amsterdam. We take the crew bus to the hotel. On arrival at the hotel, I have something eat and drink in my room, alone, because we all have to remain in quarantine. Then it’s time for bed after a long day. 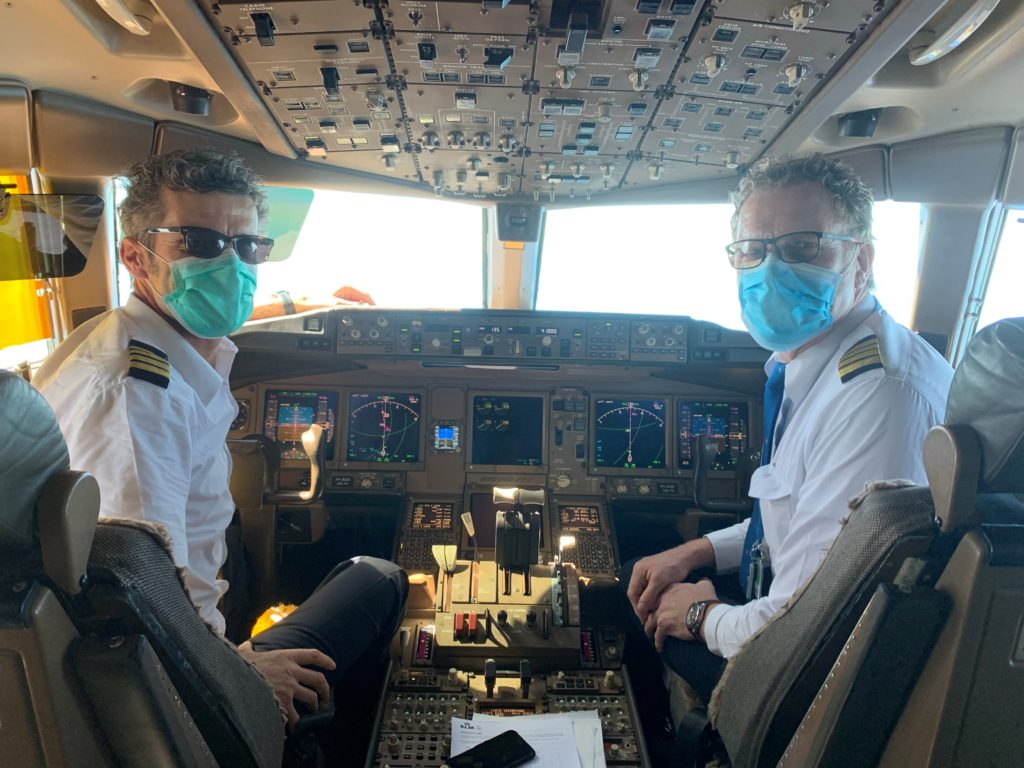 Today is a rest day. This evening we’ll embark on the final stretch to Amsterdam carrying passengers from Auckland (who are being picked up in New Zealand by Malaysian Airlines). After breakfast, Denijs and I wander to a shopping centre – this is allowed it seems. But it’s a gloomy experience: just lots of fences, shuttered-up shops and a few people walking by wearing face masks. When we get back, our temperatures are taken again and our hands disinfected. I then try to grab a few hours’ sleep. I’m reasonably successful at this until about 23:00 hours local time. I decide to go for a gentle run before we have to report for duty, just so I can be outside for a while. The completely deserted roads and expressways, against a flashing backdrop of tropical storms, make this a bizarrely surreal experience.

Here we all are again, at two o’clock in the morning, in the lobby. Everyone wants to make sure that this adventure ends as positively as it began. The Malaysia Airlines flight from Auckland has just arrived and we run into lots of Dutch people.

Passengers dribble through the Security Area at the gate. Once everyone’s aboard I speak in the cabin. This is much appreciated, judging by the applause I get (although it might also be the relief of sitting aboard a blue plane headed for home).

The crew does everything it can, within the limited means and new rules, to ensure that everyone is as comfortable as they can be.

Eventually the Netherlands comes into view, 15 minutes earlier than expected, thanks to all the direct routes through extremely quiet airspace. Another smooth landing and a farewell word from the cockpit. As the passengers disembark it’s once again apparent how relieved and grateful they are. That’s what we do it for.

In a slightly odd, unnatural circle at Crew Centre – still keeping our distance from one another – the crew discusses the trip and I thank everyone in detail. It feels strange to say goodbye to each other in this distant manner, but there’s no other way.

And so we come to the end of six very intensive days. It was a lovely and special experience for all of us at this difficult time. I am extremely glad that I was able to take part in this extraordinary flight. And that, with everyone involved, we were able to bring our compatriots safely home. The passengers are thankful, and so are we. I’m unbelievably proud of what we achieved together! This attitude will carry us through these challenging times. 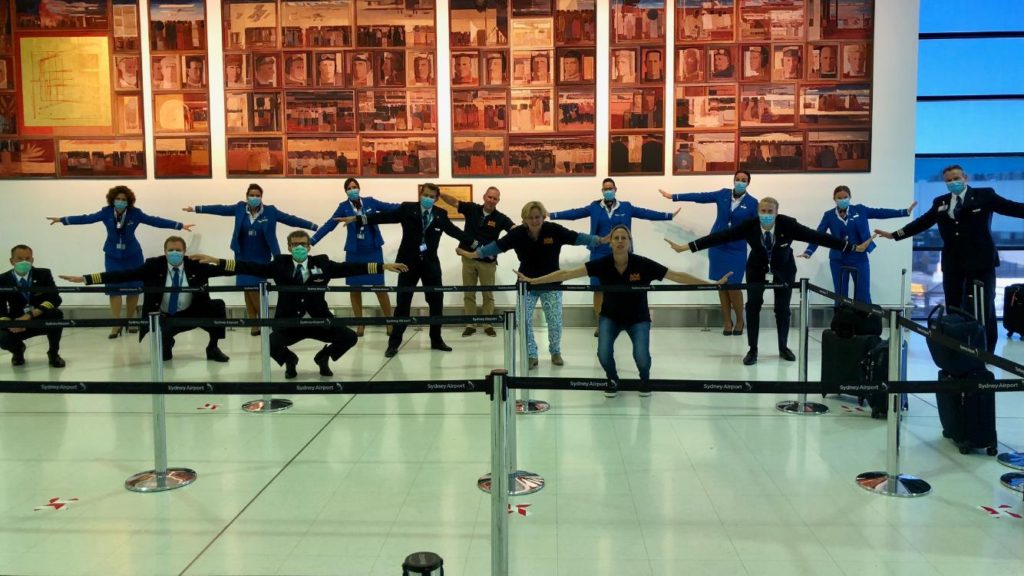 Did you find this interesting? Then you might also like the story about captain Jacqueline, a pilot breaking stereotypes. Or Boeing 787 captain Hein Kuipers, who has been flying for 34 years now and still find it magical.