In the blog series “Time flies”, various KLM bloggers share their views of the centenary and take you back through their time at KLM. What has changed and what seems impervious to change? Boeing 777-787 Captain Hein Kuipers (55) takes over from Rob Duivis.

“I’ve been flying for 34 years now. Those years have literally flown by! Lots of little boys, and more and more little girls, dream of becoming pilots. I’m sure it all boils down to the magic of flight, of soaring through the air. Personally, I loved the idea of keeping such a huge machine airborne and controlling its movements. Even now, decades on and with thousands of flights under my belt, that feeling has remained the same.

I had a passion for flying from a very young age. The day after my first birthday I boarded a DC-8 flight with my family, bound for Suriname where my father was going to work. That’s where it all began.

“I recall feeling like a king on that first flight.”

My father’s job later took us from Suriname to Curaçao, where he prepared Hato Airport for the arrival of Boeing 747 flights. As a child, I witnessed the arrival of the first KLM Boeing 747. Many years later, when I landed that same jet at Hato, I felt I’d completed a circle.

From flight attendant to pilot

In my 20s, fresh out of flight academy, I applied to become a pilot. Because there were no pilot vacancies at the times, I started work as a steward. That was a great start to my career at KLM, because it gave me a valuable look behind the scenes of what is still my workspace today, 34 years down the line.

After six months as a steward, a position became available for a second officer on the 747s. I recall feeling like a king on that first flight. I was very young at the time, but I only realised how young I looked when an American passenger came into the cockpit and asked, “Does your mother know you’re here?” 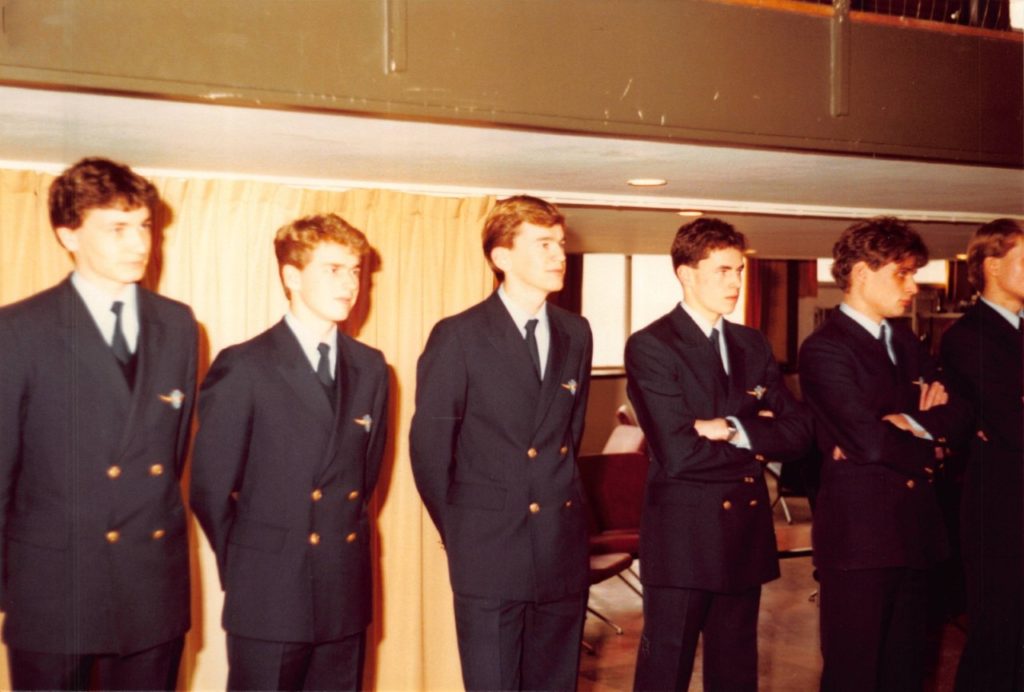 Nowadays, I have young second officers sitting beside me in the cockpit. I recognise their enthusiasm and really enjoy seeing how flying still holds the same magic – for “outsiders” and pilots alike. There is more that has remained unchanged over the years, but which may not be immediately apparent: the importance of a caring crew, the quality of taxiing and landing, or information announcements over the intercom. These things make passengers feel comfortable, which is why they are so important!

Another important, less visible aspect of flying, but one that is definitely susceptible to change, is the level of our fleet’s fuel consumption. I recall flying to Rio de Janeiro with a B747 Classic back in 1986. It was New Year’s Eve and we filled her up to the brim with 153,000 kilos of fuel. We couldn’t fit in a single drop more. Officially, there was a bit of doubt as to whether we would reach our final destination with that tank. We always have reserve tanks, of course, which ensured that we would always be able to reach Rio, but we weren’t allowed to include them in our calculations. By applying various ingenious solutions, all within legal and safety limits, of course, we set off for Brazil with 400 passengers and arrived on schedule.

Nowadays I fly the B777 to Rio de Janeiro, with the same number of passengers, and burn only 100,000 kilos of fuel, without using any tricks. Wonderful innovations over the past few decades not only ensure that aircraft fly more economically, the routes can also be flown more efficiently. It’s been great to experience this change first-hand.

The most positive and stable “blue thread” running through my career as a pilot has been the interactions with my colleagues, which are invariably warm, personal and enjoyable. Not only between cockpit and cabin crews, but also with the people on the ground. Passengers often mention how much it feels like coming home when they board our aircraft. I fully agree. KLM is like a home for me too, warm and dependable.

I particularly enjoy seeing how often our colleagues abroad are even more KLM-minded than our Dutch colleagues back home. I love that!”