So I went on a guided tour and saw an aircraft stripped bare, completely naked, as if it was on an the operating table – a Triple 7 laid out on the slab in Hangar 14. The beast was undergoing a full body check, and I saw some similarities with human anatomy. Here’s why: 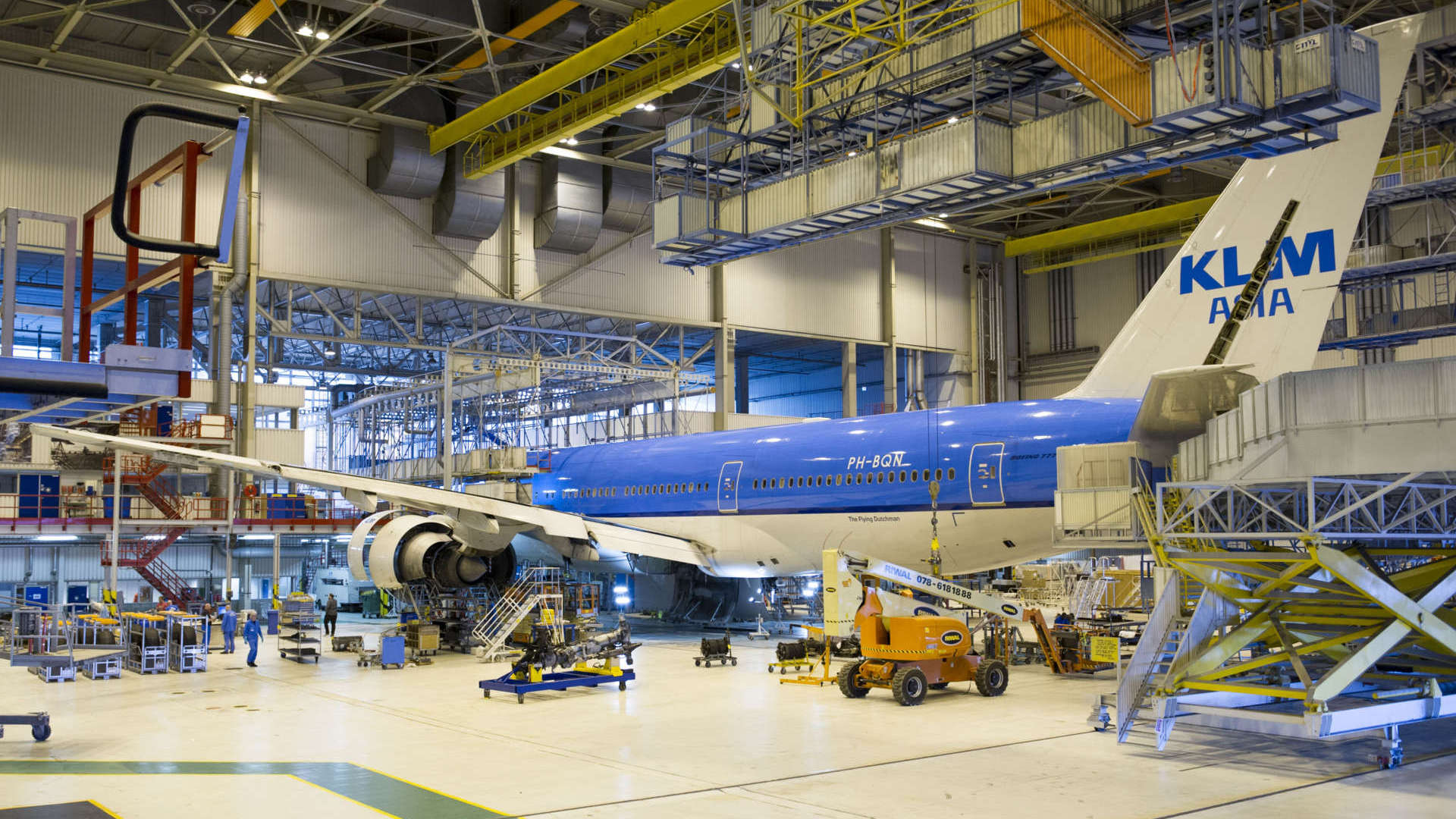 On the operating table

Did you know that aircraft are subjected to A-, B-, and C-checks? The A- and C-checks – the major overhauls – are carried out in the hangars. An A-check is completed within 24 hours, whereas a C-check takes around a week. The stripped Boeing 777 I saw in the hangar, together with my team, was undergoing the biggest overhaul: a C-check. This is carried out once every two years. Within a week, the entire aircraft is taken apart and all components – literally every last screw, wire and switch – is inspected. Which is why a C-check involves around 175 people working in shifts. 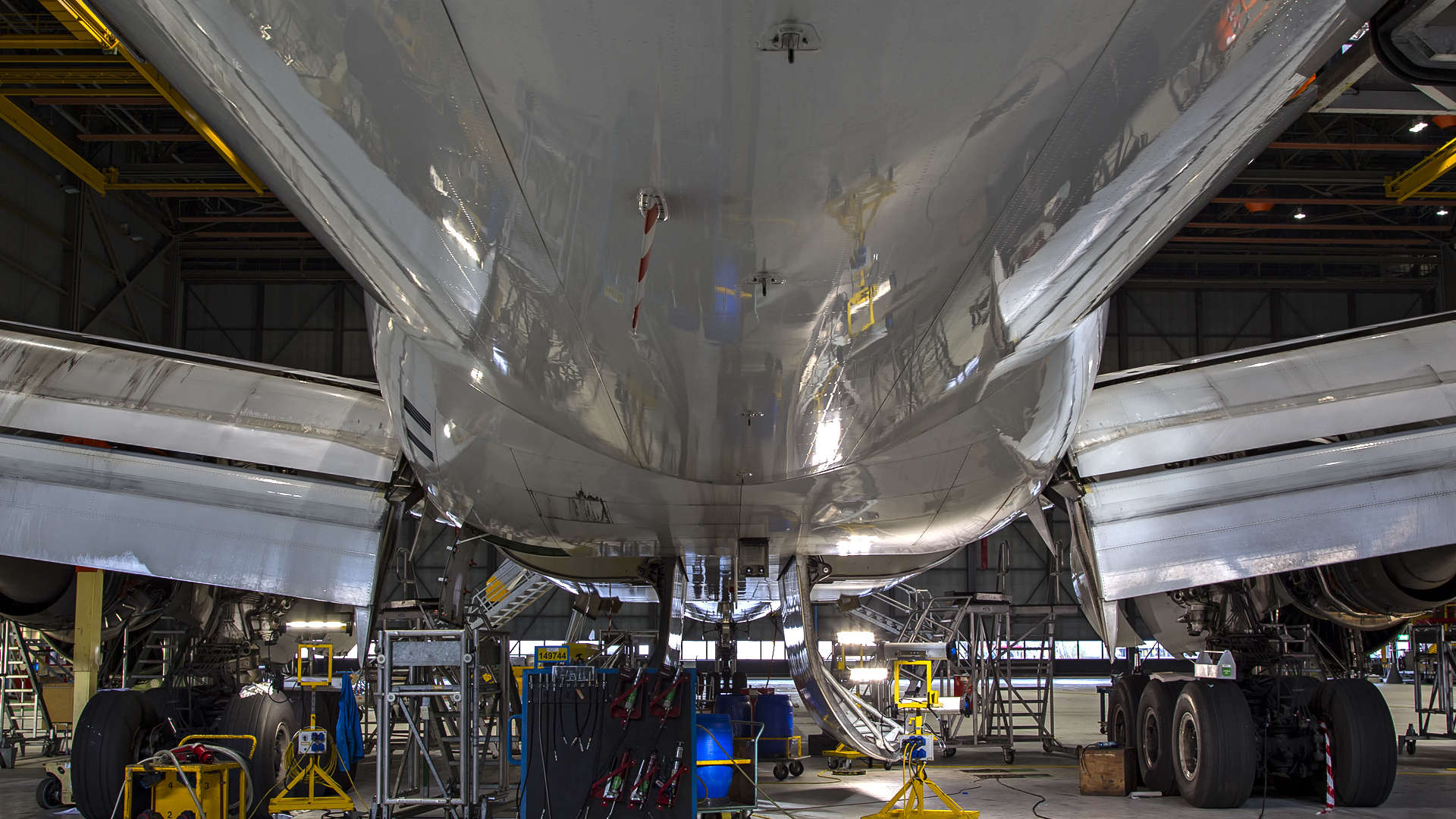 The thing that struck me most were the millions of wires that run through the aircraft. It was as if I could see the plane’s brains. The number of cables and wires in the back of the cockpit is simply unbelievable! 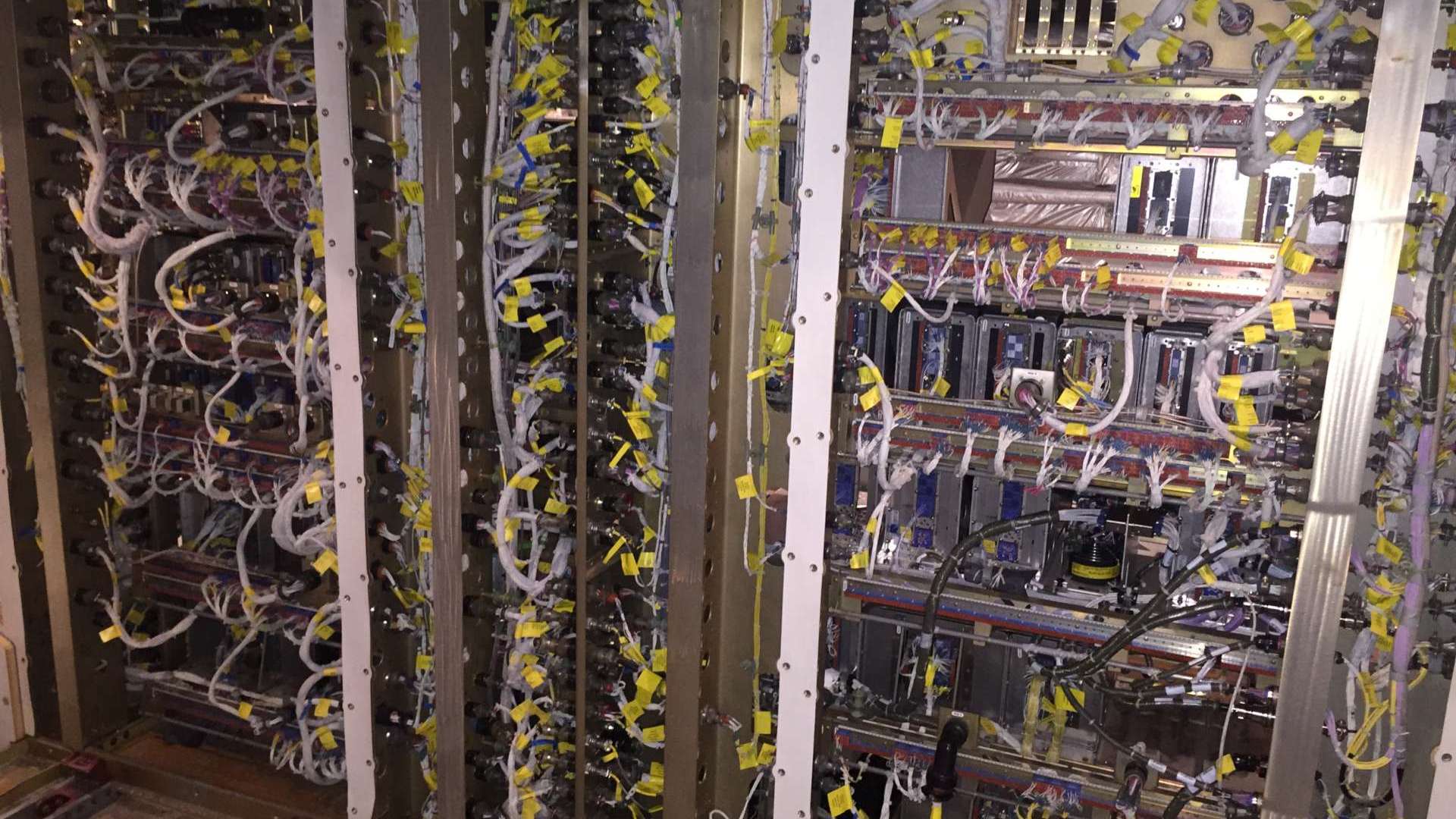 Martin Garrix eat your heart out

The cockpit was a great place to start, especially for a snap-happy tourist with his camera at the ready. And of course I had to sit in the pilot’s seat, which was so cool! All those buttons, levers, lights and screens – you name it, the cockpit has it. If you think DJs have a lot of knobs to twiddle, think again, because pilots are in a league of their own!

Our tour also took us inside the belly of the aircraft, where the baggage is stowed. Here too there are all kinds of aircraft nerves and vertebrae running through to the plane’s brains. I couldn’t believe how much cargo space there was! Why on earth does Ryanair make such a fuss about those extra kilos? Plenty of space! 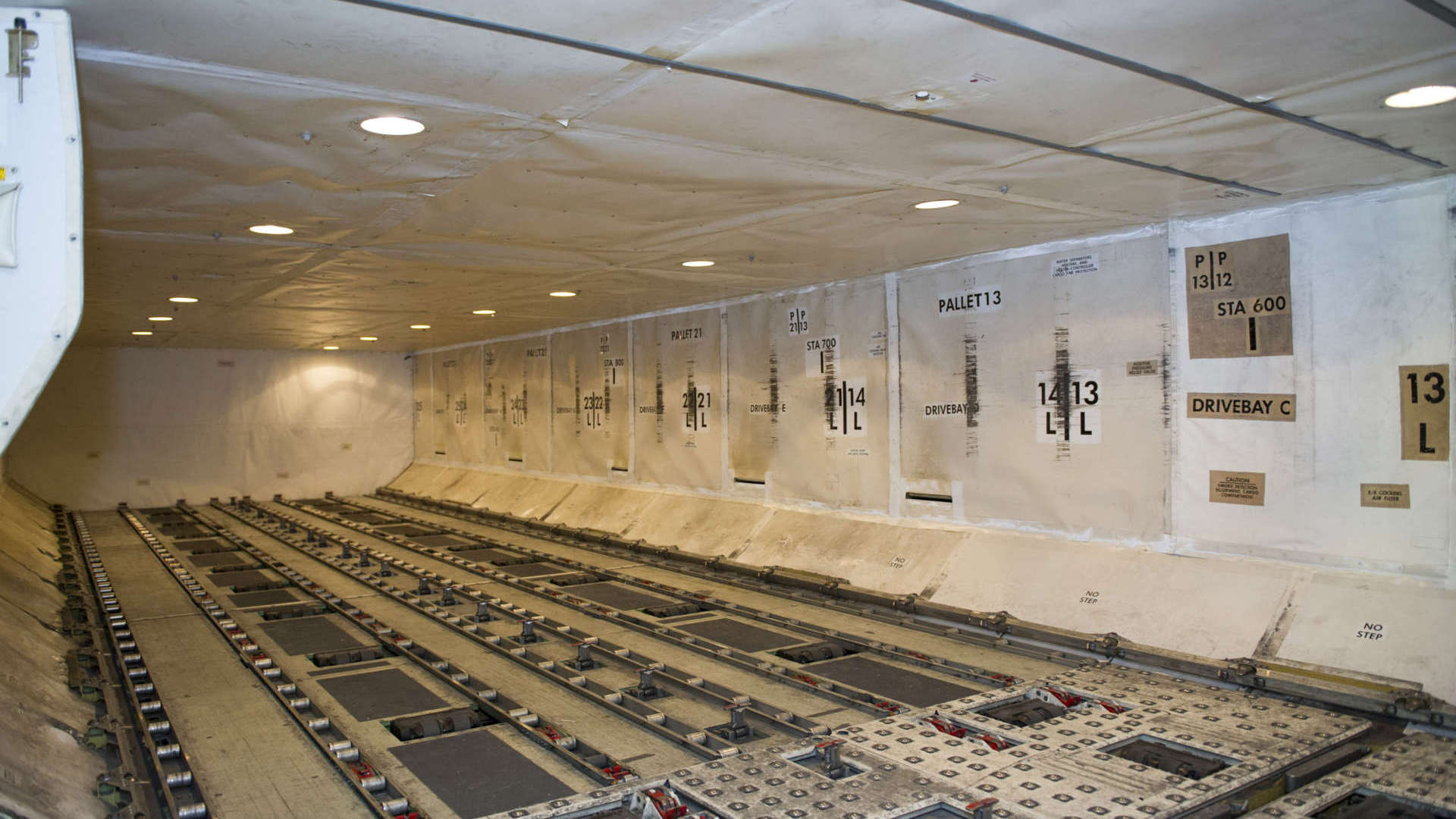 We then went to the rear of the aircraft, where all the water and waste tanks are located.  A single waste tank contains about 310 litres, and there were three here, plus three 450-litre water tanks. The amount of water carried on board depends on the distance to be flown and the number of passengers. Naturally, more water is needed on a 13-hour flight with 420 people on board – for flushing toilets, washing hands and brewing coffee – than on a seven-hour flight carrying 200 people. Based on experience, the amount of water required can be precisely estimated, so that no excess is carried unnecessarily, which would result in increased fuel consumption, higher costs and more environmental impact. Yes, KLM takes all of these things into account. 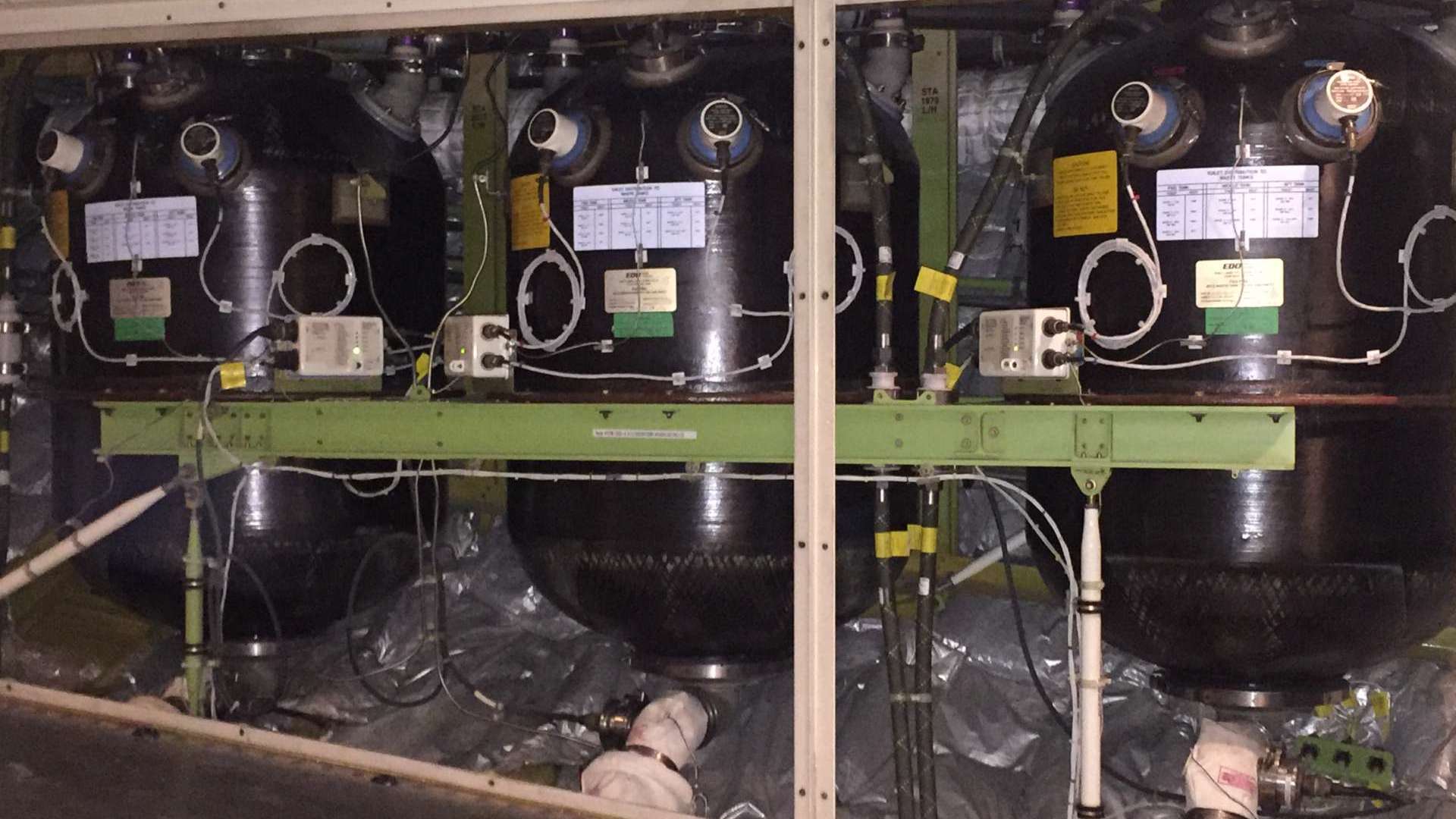 And then there were the wings, of course. Being such a novice, I had no idea that the fuel is actually carried IN the wings. And it really was incredible to see those engines up close and personal. They are constantly monitored from the moment they start up to the moment they’re shut down. This is done by an automated system that is connected with the aircraft’s control systems. To keep the engines in peak condition, maintenance is carried out during the regular A- and C-checks. 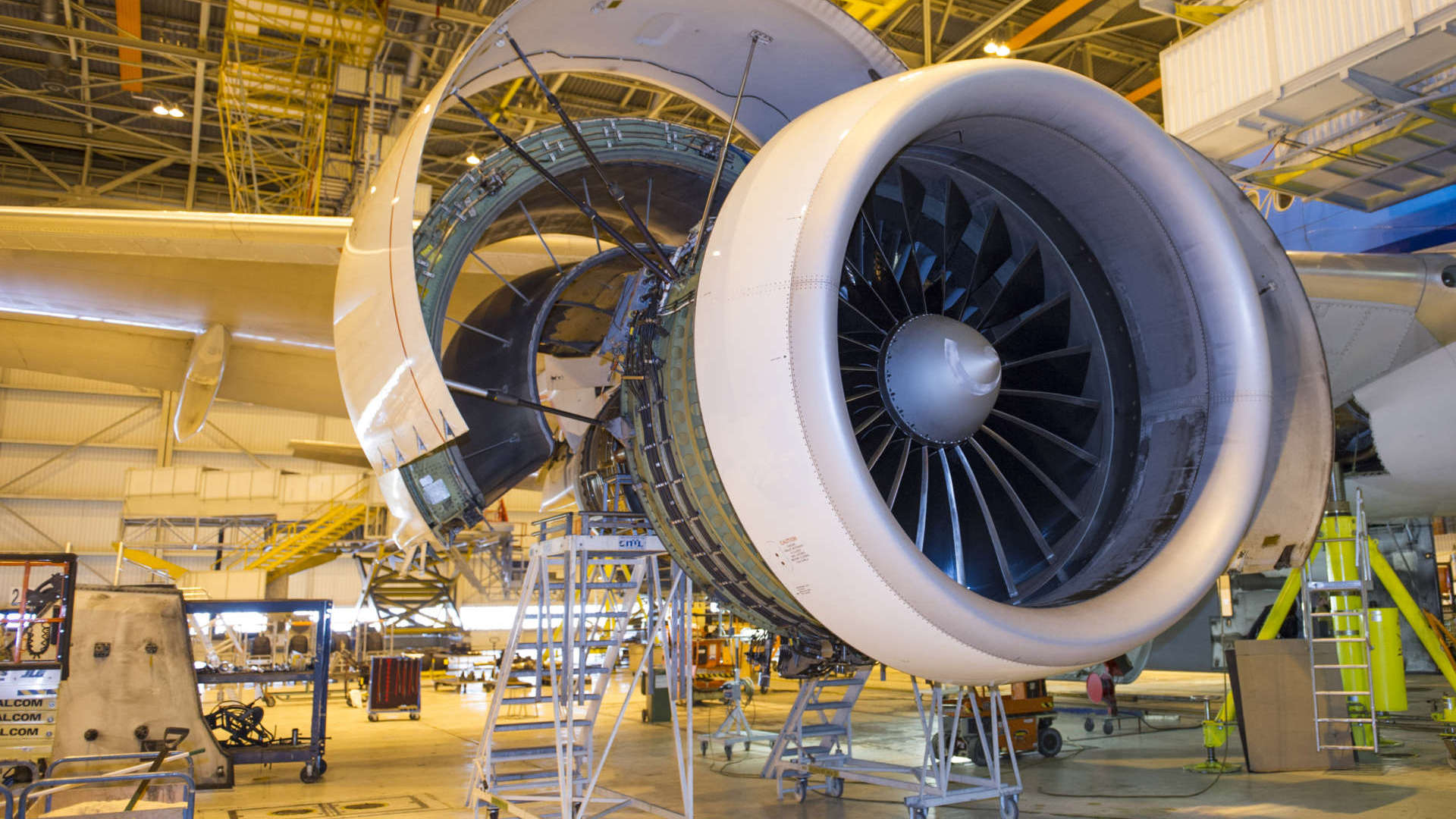 What an awesome experience was there in that hangar. It made me realize that a plane is as complicated as a human being.