Every month, we ask the readers of our inflight magazine, Holland Herald, to share their most inspirational travel photos with us. A panel of experts then picks a winner, which best fits the chosen theme for that particular month. Here’s an overview of the 12 most spectacular, impressive and inspirational entries of 2017.

Photographer Gert-Jan Stads wins the KLM Photo Competition for the second time. He shot this photo in Southern China. These are the magnificent Yuanyang rice paddies on a cold December morning. The paddies are filled with water in winter, adding a spectacular contrast to this image. 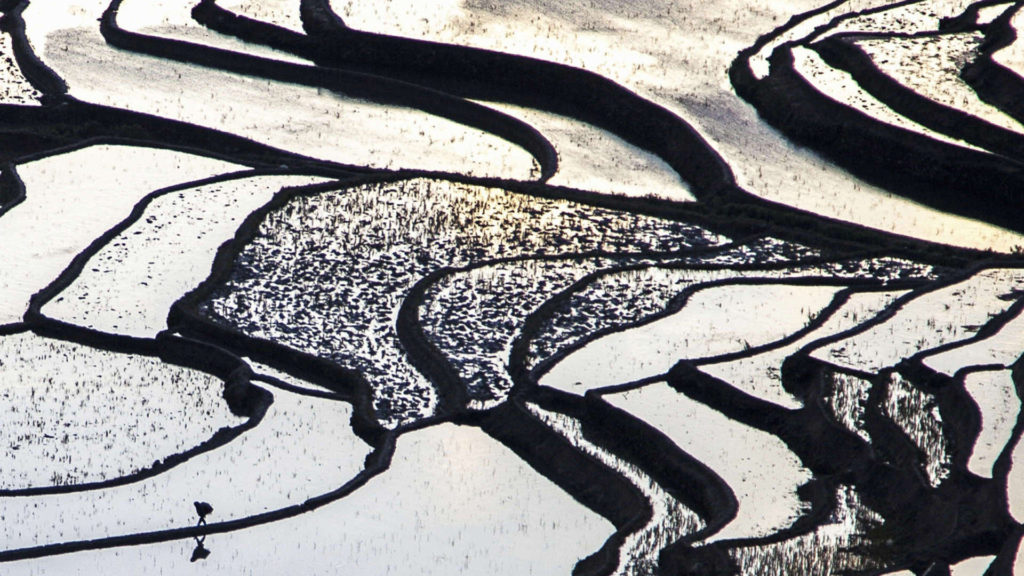 The winning photo for February was also shot in China. Photographer Rachel Choong Mun has captured the residents of Guilin drinking oil tea, which is a common tradition here. If you look carefully, you’ll see that the tea is sipped from a metal bowl, rather than a cup. 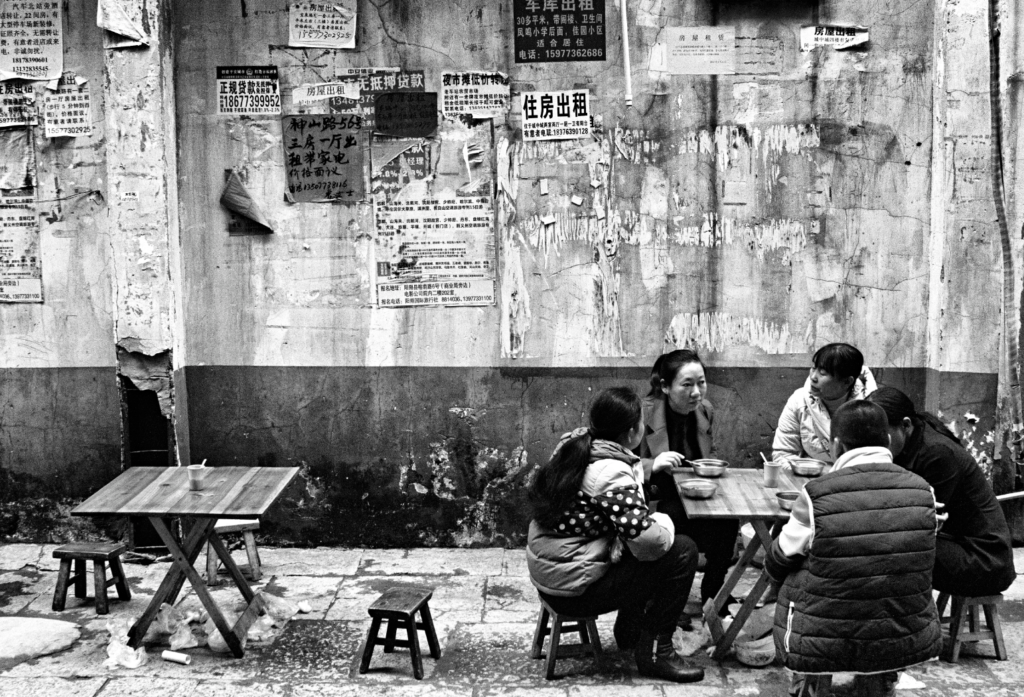 The U Bein Bridge is a spectacular sight to behold in Mandalay, Myanmar. Photographer Abdul Mannan Abdul Salim waited patiently until the composition was perfect. As the judges remarked: “When you look at this photo, you see yourself crossing this bridge.” 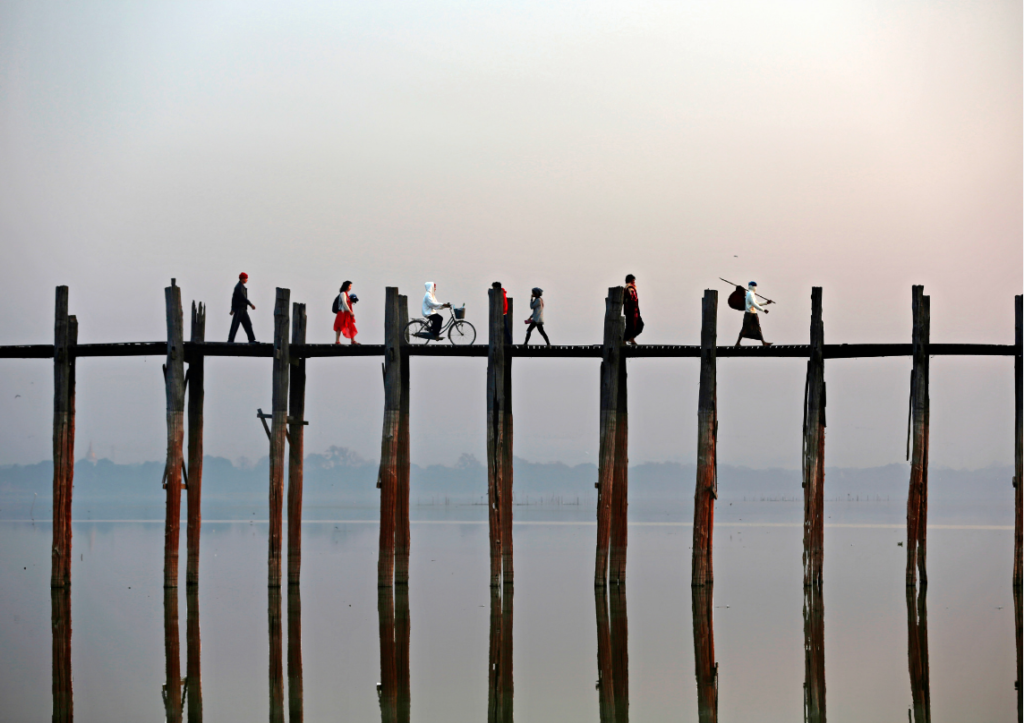 Does this photograph make you feel happy? This beautiful, innocent, bashful smile was captured by Debasish Chakraborty of India, who shot the photo at a local Indian festival called “Tusu Harvest”, which is only celebrated by women. 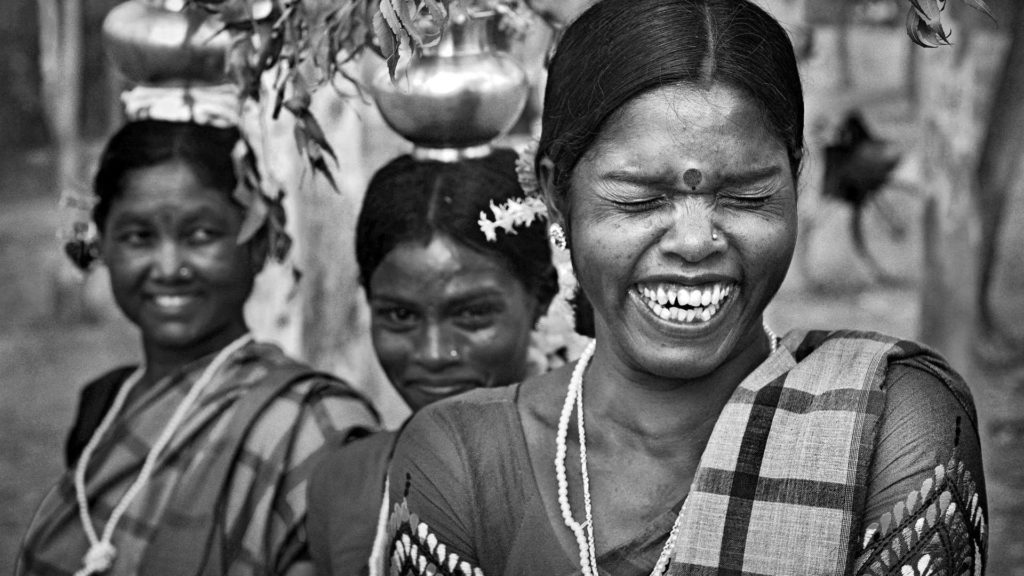 This year’s winners confirm that China is very diverse. This month’s winner is from the province of Xiapu, which has many (hidden) treasures, such as this magnificent forest. Kim Morla from Lima snapped this picture when she saw the lady with the red buckets approaching, adding a wonderful contrast to this image. 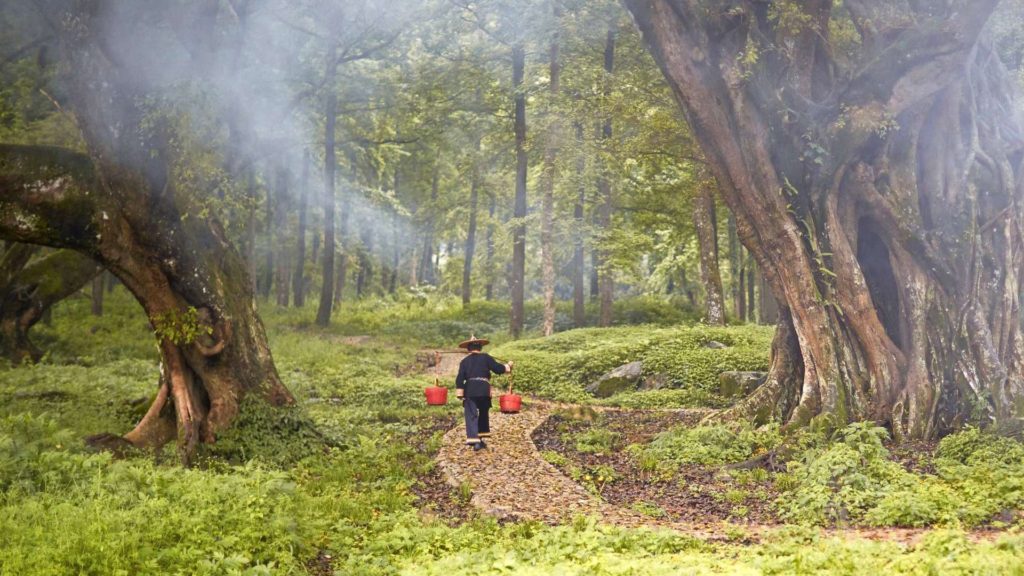 Bilbao is a must for lovers of architecture. Heather Davey opted to merge two photos, featuring a cathedral and a futuristic building, perfectly rendering the spirit of this superb Spanish city. 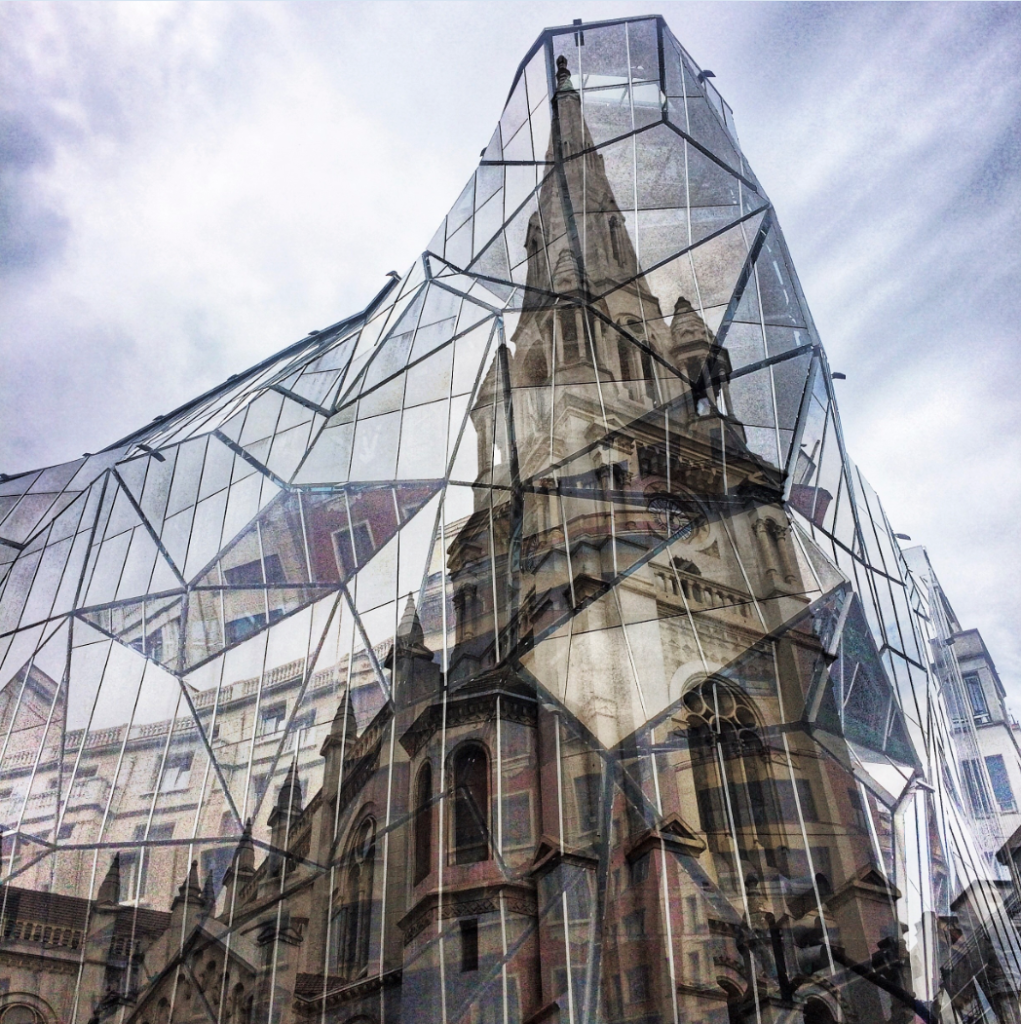 Photographer Luca Gaidano won first prize in the photo competition with this shot. The jury said the photograph was just like a film still. The train, the central subject of the image, contrasts beautifully with the twilight in this Vietnamese neighbourhood. 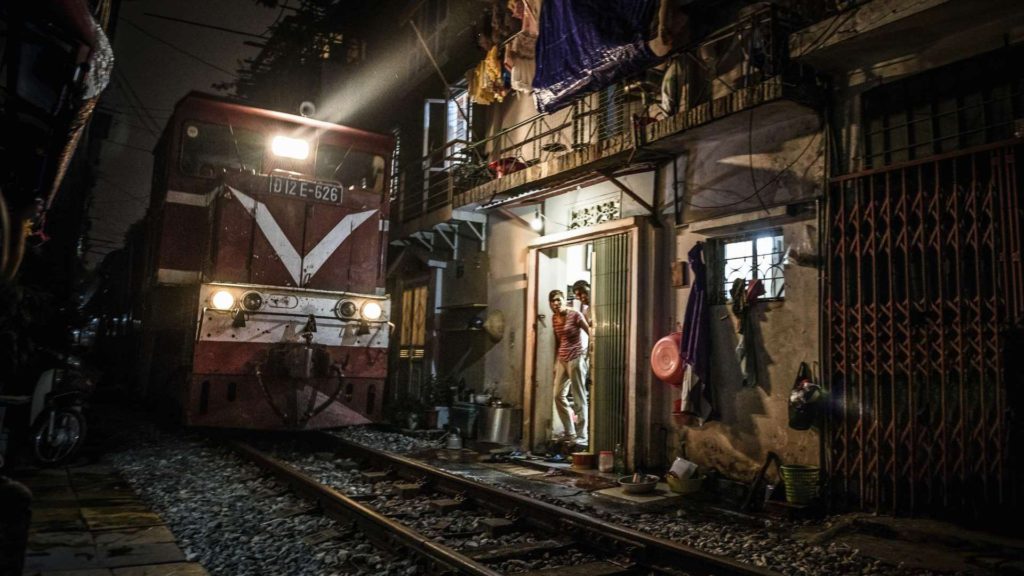 This serene image makes you want to walk out in a warm downpour. The combination of the temple, bridge, rain and monk creates a wonderfully tranquil composition. Pier Luigi came third in the competition for the Grand Prize 2017. 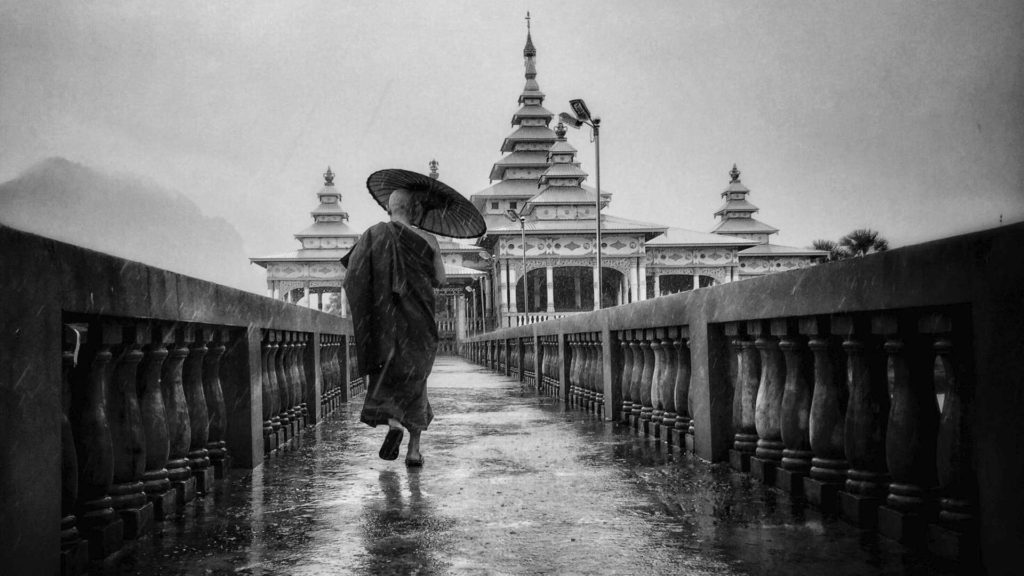 Edilene Maria de Souza Góes from Brazil wanted to record a panoramic image of Fez in Morocco, until she came across this colourful setting. The combination of colours on the walls, the systematically hung laundry, and the woman looking down from her balcony, took this image to second place in the competition. The longer you gaze at the image, the more new elements you discover! 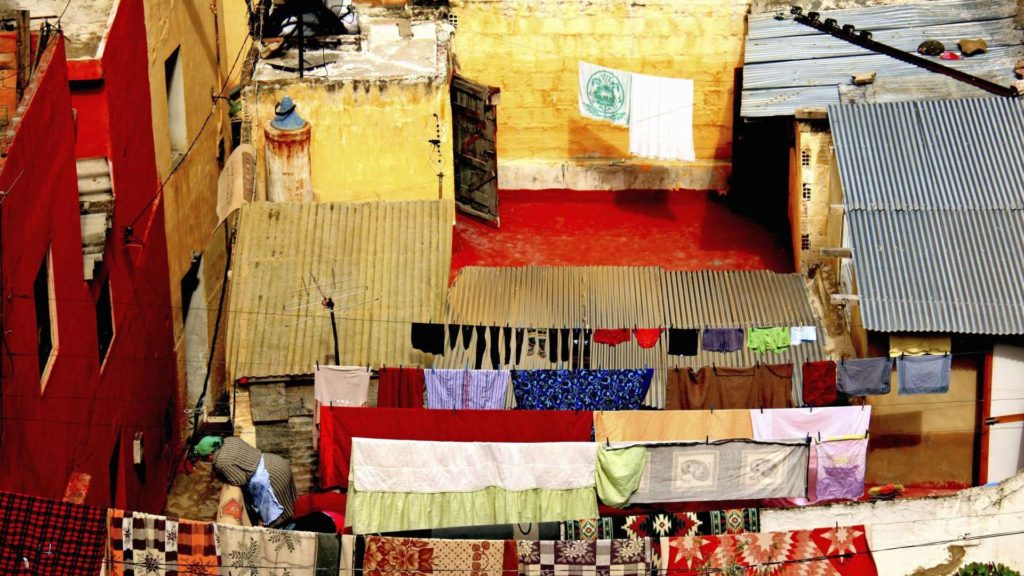 This photograph is perfect for the category “Blue”. Kim Morla photographed the different shades of blue in the forms of an Icelandic glacier. The image contains a stunning palette of blues. 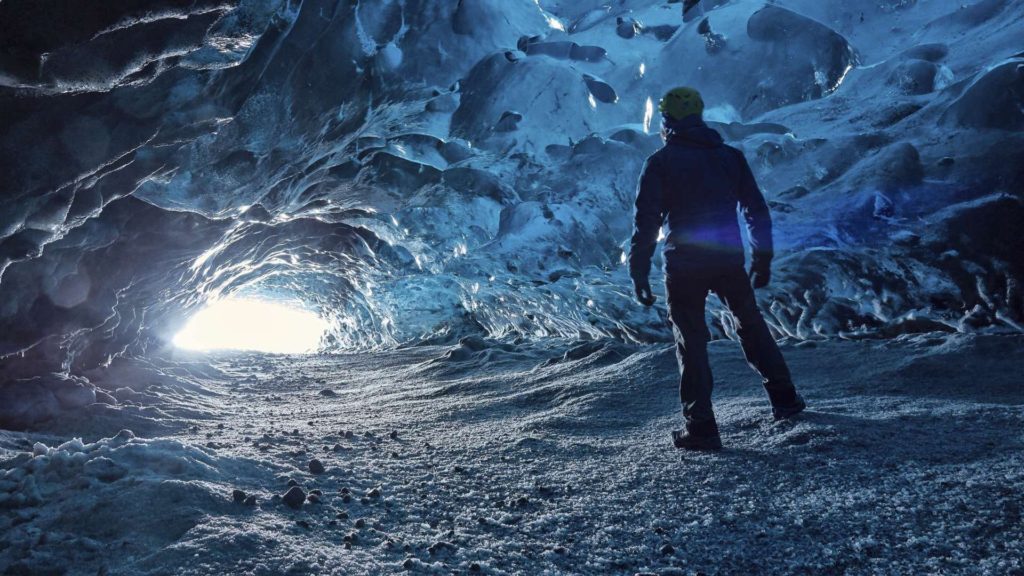 It’s 7 o’clock in the morning on Eid-al-Fitr, the day that marks the end of the Muslim fast Ramadan. The photograph was taken in front of Nakhoda Mosque, where people are gathering to break fast together. The photographer, Sudipto Das, waited patiently until someone asked for the white-coloured dish Seviyan Payesh. This gave him the perfect range of colours he was looking for in his image. 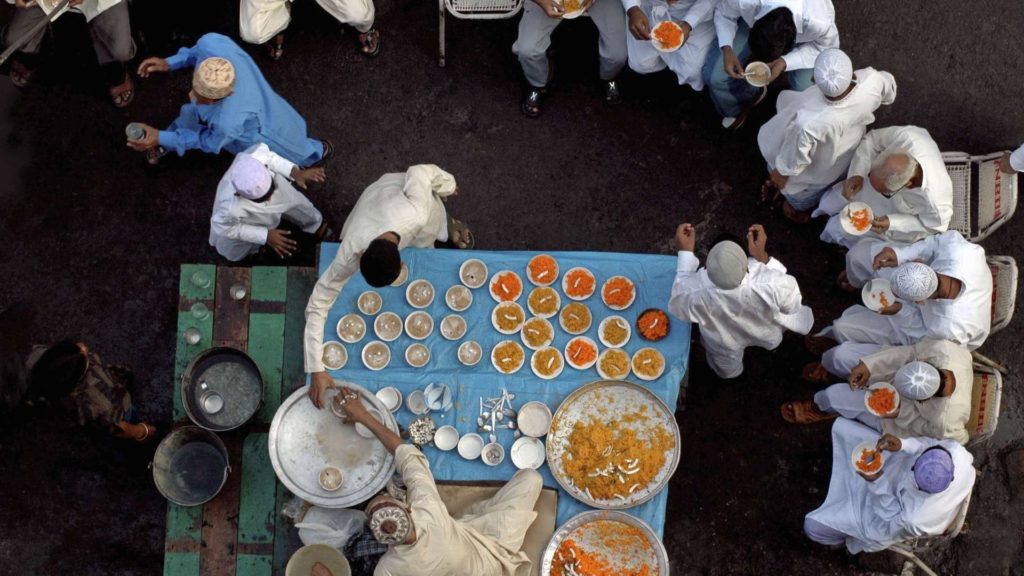 When the weather is right, all kinds of sports are practised in the sea at Katwijk aan Zee. A stormy day in October brought all kinds of water-sport enthusiasts together, setting the scene for this gorgeous photograph, in which back-lighting turns a kitesurfer into a shadow. 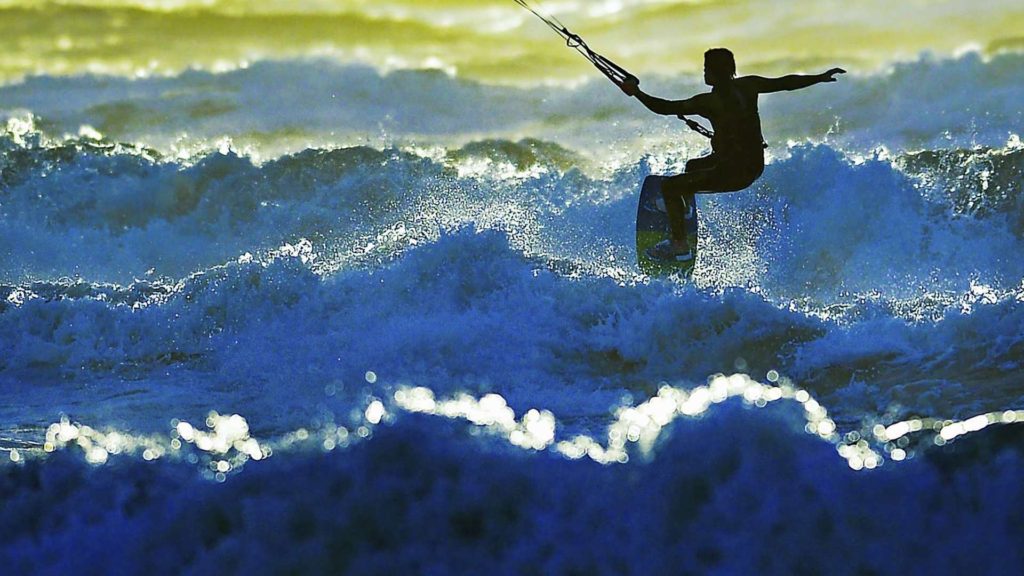 If you too would like to submit a photograph to the competition, then go to this website. We receive between 200 and 250 photos every month, from which our jury chooses one winning picture. The winner is given a double-page spread in the Holland Herald, featuring the photograph and the story behind it. The winner also receives a gift that relates to photography in some way. And, to top it all, the monthly winners are entered for the Grand Prize competition: two intercontinental economy class tickets to a destination of their choice. The top three photographs will also win their creators a Nikon D500 + AF-S DX NIKKOR camera. Do you fancy taking part?