In late October, KLM Cityhopper will operate its last commercial flight with a Fokker 70. This special event will mark the end of a historical partnership. For almost a century, KLM has operated aircraft built by the Dutch manufacturer Fokker. KLM will be celebrating this longstanding, shared history with all due pomp and ceremony. To do so, high-quality images of the Fokker fleet were required. Preferably photos of flying Fokkers sporting the new KLM livery, with the Dutch landscape in the background. As chief pilot of the Fokker fleet, I have the honour of planning this special photo flight, and executing it. See some of the photos below!

“KL9955 you are identified, expect radar vectors for ILS approach, Runway 27.” The air traffic controller guides us back down to earth. From this point onward, the flight will be just like any other. With a quick round of high-fives, we celebrate the successful completion of our mission: a flight that was anything but ordinary. It lasted only an hour, but it took weeks of preparation. 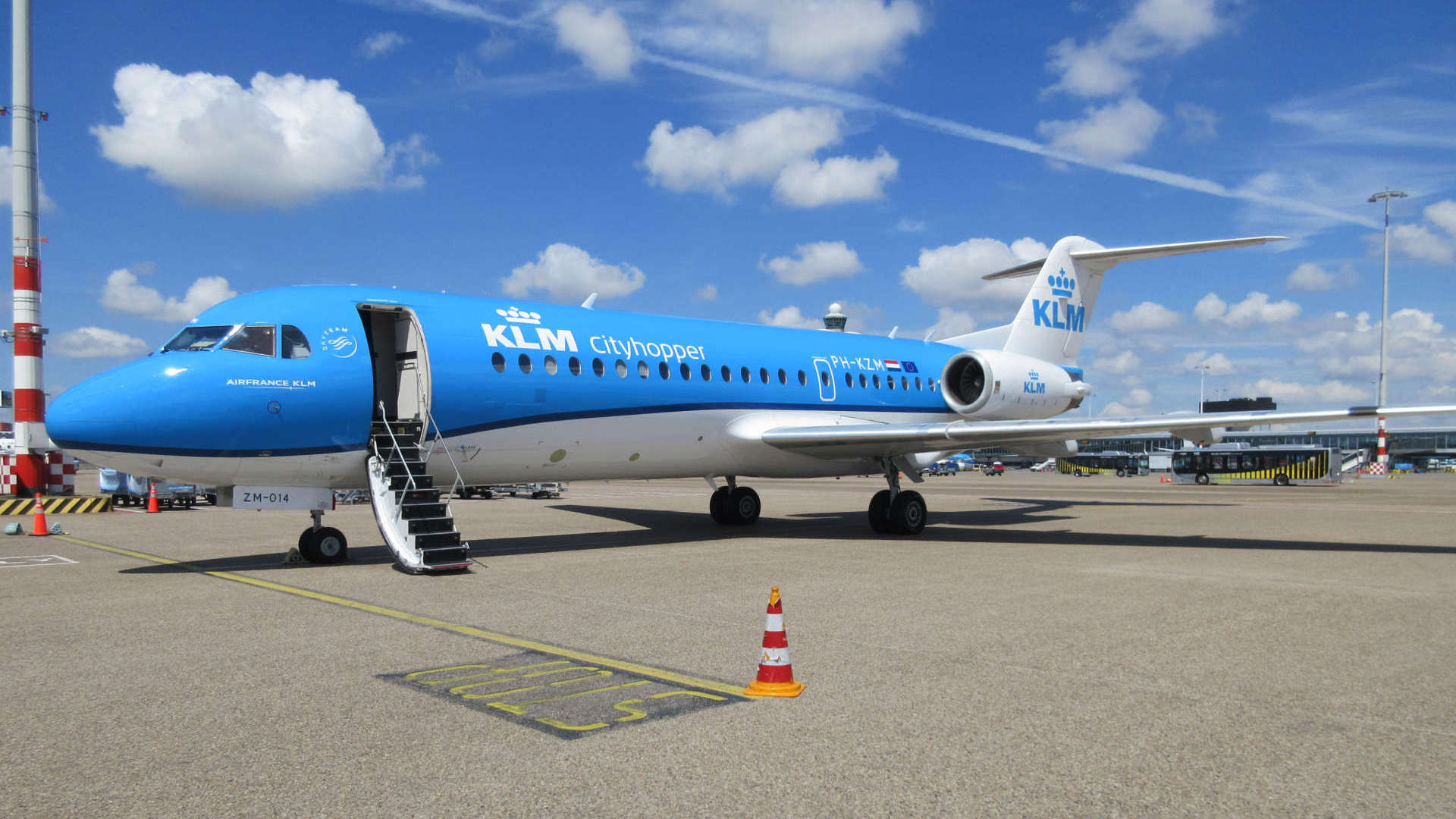 Together with the photographer, we chart a suitable route, featuring classic Dutch landscapes. Dutch airspace is very busy, with Schiphol Airport alone handling 500,000 flight movements a year. It goes without saying that our flight shouldn’t have any negative impact on other traffic, so we need to coordinate things perfectly with air traffic control. Fortunately, the controllers at Air Traffic Control the Netherlands are very enthusiastic and help us chart the entire route to the smallest detail. They also call their military counterparts at “Dutch Mill”, to make sure there are no objections from their side. They too give the go-ahead.

The idea sounds quite simple: rent a tracking plane with a professional photographer on board. We’ll fly around above the Netherlands while the photographers shoot some lovely pics, and Bob’s your uncle. Finding an aviation photographer and a tracking plane isn’t really a problem, but making arrangements for the flight presents three major challenges: safety, safety and safety.

Even though there won’t be any passengers on board (apart from the photographer), we have to ensure safety at all times. So we gather a small team and get to work on an in-depth risk analysis. 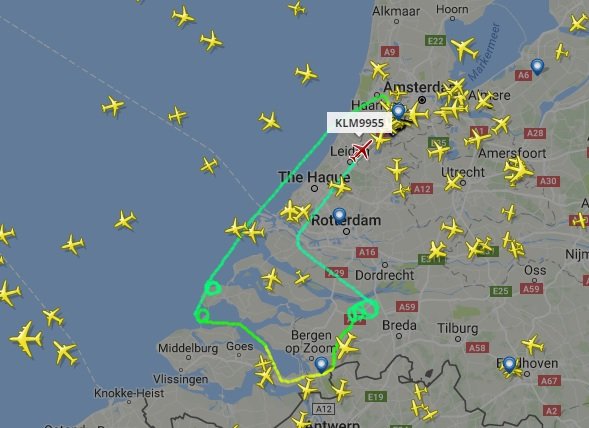 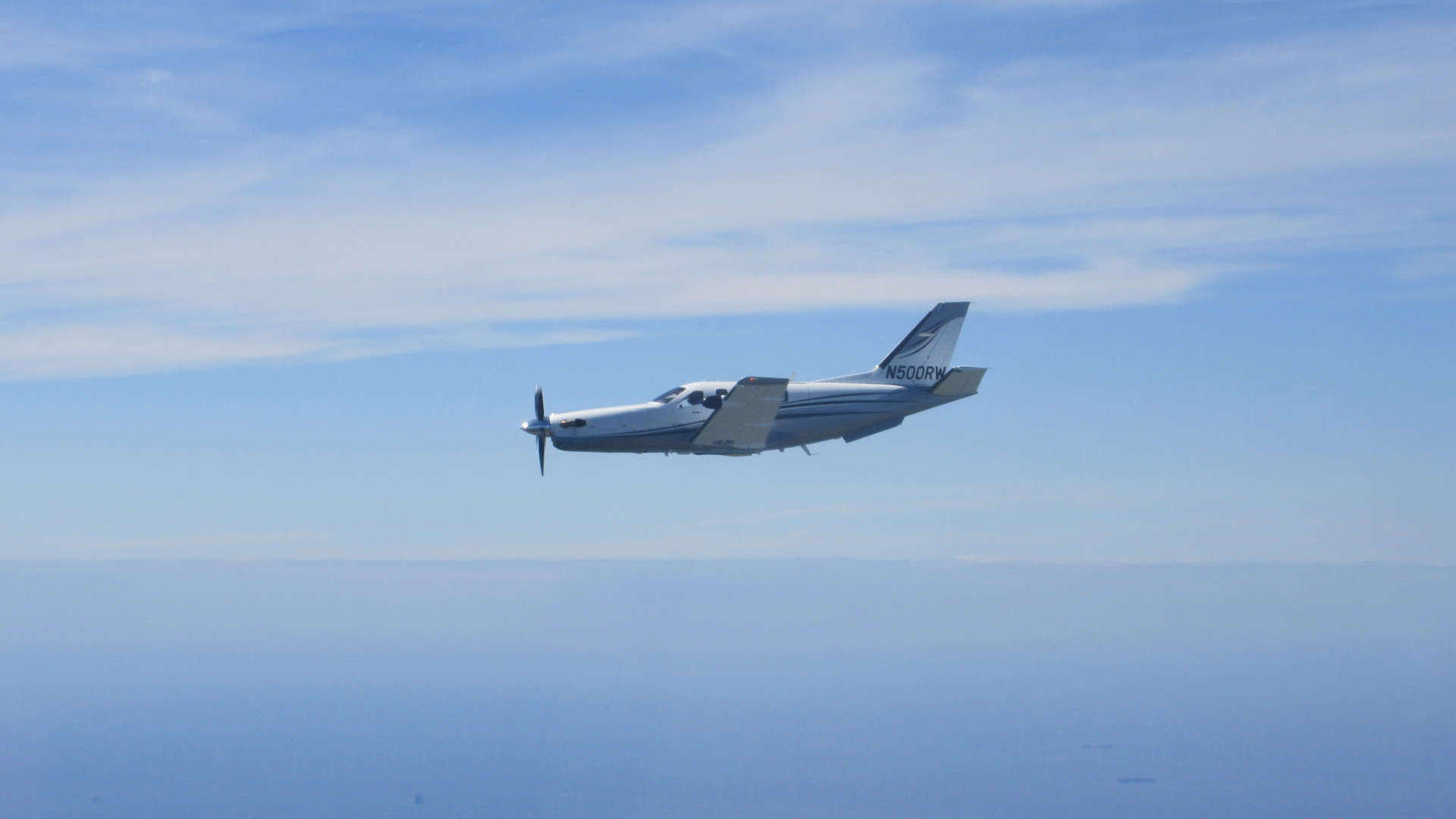 Great weather and Plan B

We decide to operate the flight with three pilots, instead of the customary two, because the pressure in the cockpit will be higher, with more duties than normal to be executed. During a training session in the flight simulator, we practice all the flight and cockpit procedures, which will be out of the ordinary. Now all we need is great weather on the day of the flight. We do have a Plan B, however, which is to fly above the cloud cover, but then we’d miss the beautiful landscape.

But the weather isn’t the problem. It’s a glorious day, with a scattered clouds. However, about half an hour before we’re scheduled to head out to the plane, I see a worried face: “Our flight plan has been rejected by Eurocontrol. We have no idea why. And the controllers who helped us are all at a conference in Asia,” says Tyr Beerendonk, who will be taking the jump seat during the flight. “But we may have a solution,” he quickly adds when he sees the concern on my face. Fortunately, it all works out in the end. I’m not exactly sure how, but after a seemingly endless series of calls to various people, the computer in Brussels accepts our flight plan. 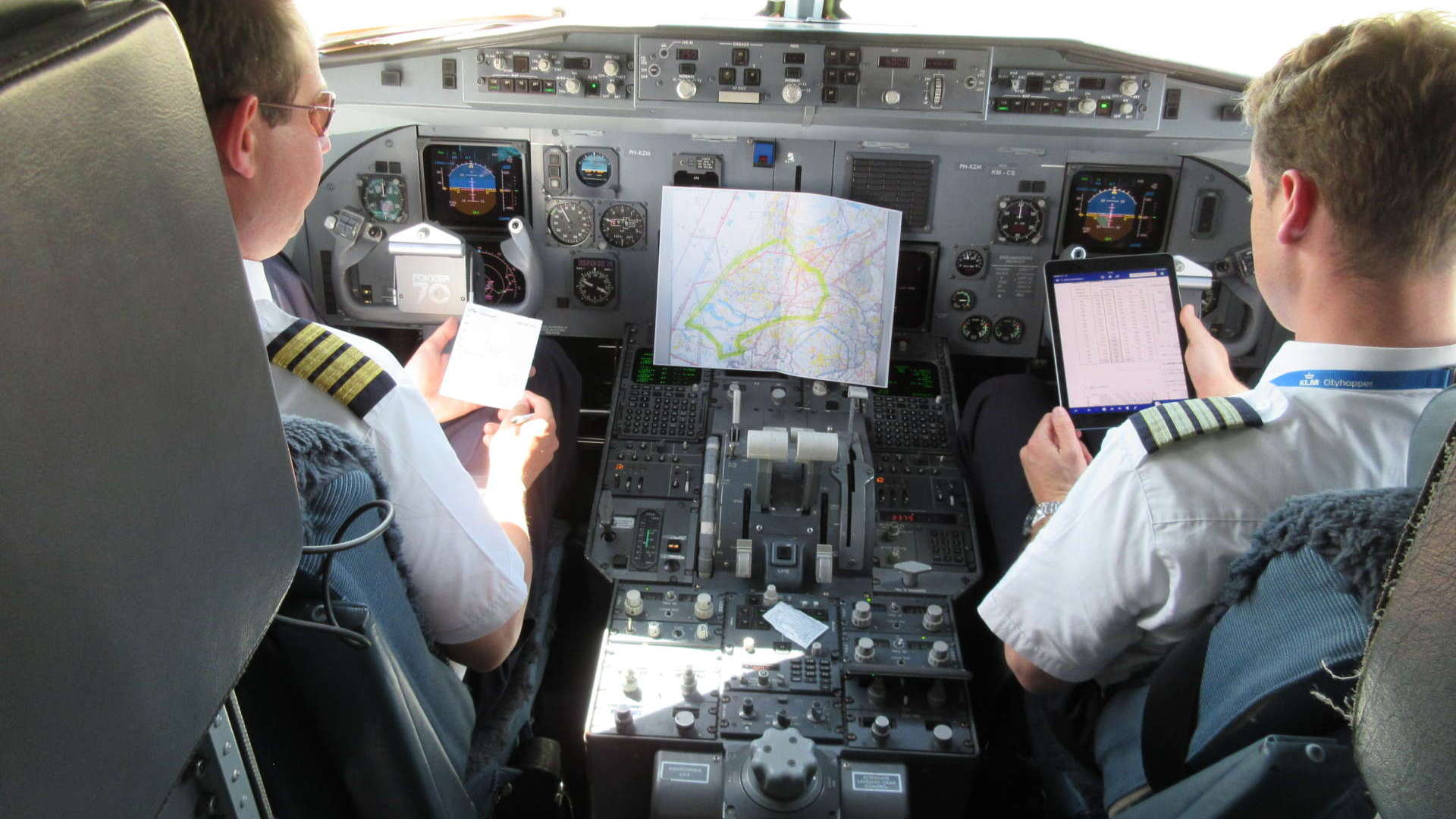 And so the three of us board PH-KZM, which has been specially washed for the occasion. Tyr takes the jump seat in the cockpit, with Chris Wijenberg in the left-hand seat, while I take the right-hand seat, giving me the best view of our follower, carrying the photographer. After taking off from the Polderbaan Runway we rendezvous with our follower above “Neeltje Jans”, an artificial island that is part of the famous Delta Works in Zeeland Province. 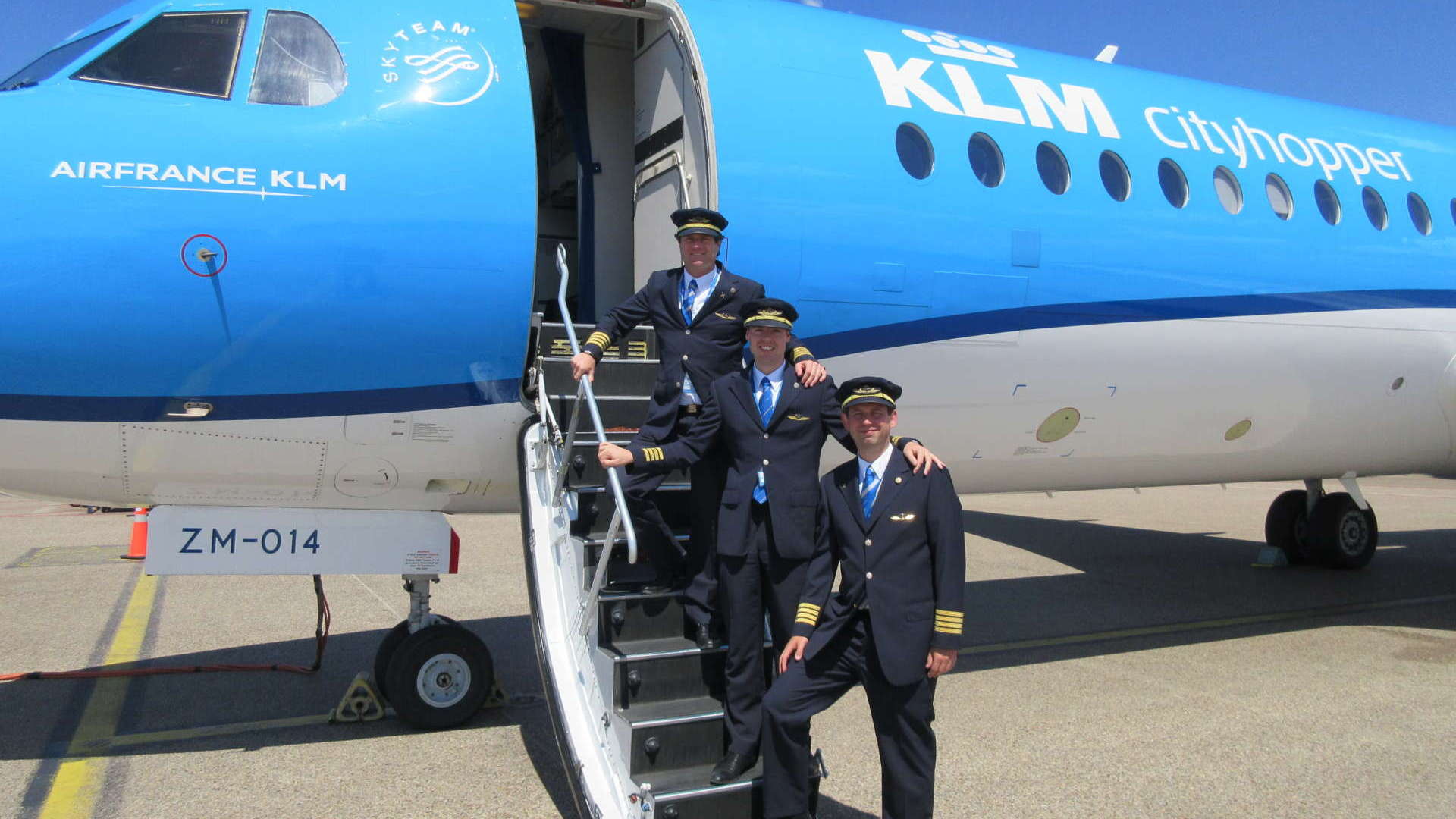 We soon have each other in sight and, with the photographer off our right wing, we start our formation flight. After just under an hour, we split up, waving our farewells. The military air traffic controllers at Dutch Mill ensure our safe return to Schiphol. Shortly after we have landed safely, the photographer already sends us the first images via Whatsapp. Wow!

Check out some of the gorgeous photos below! 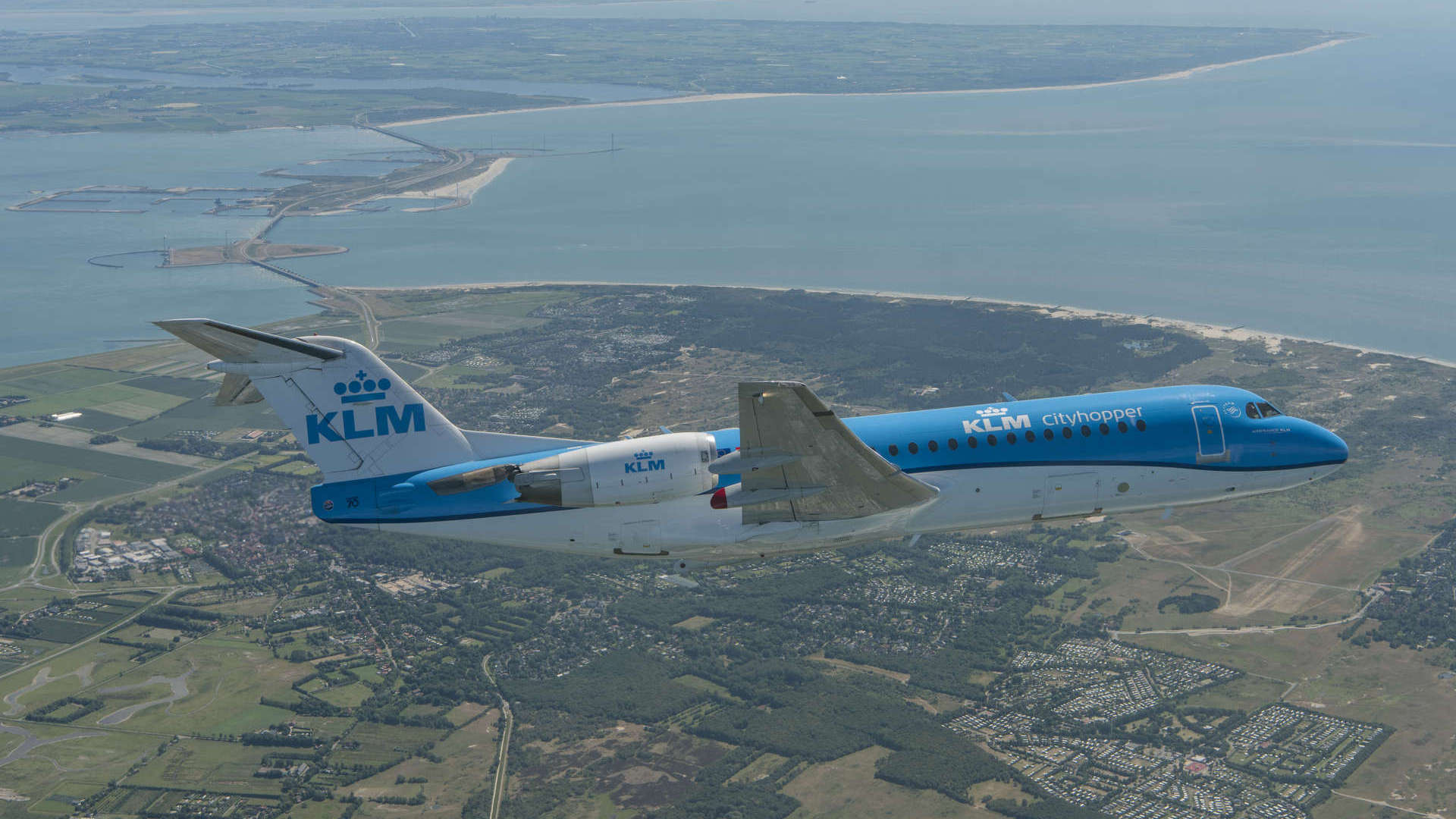 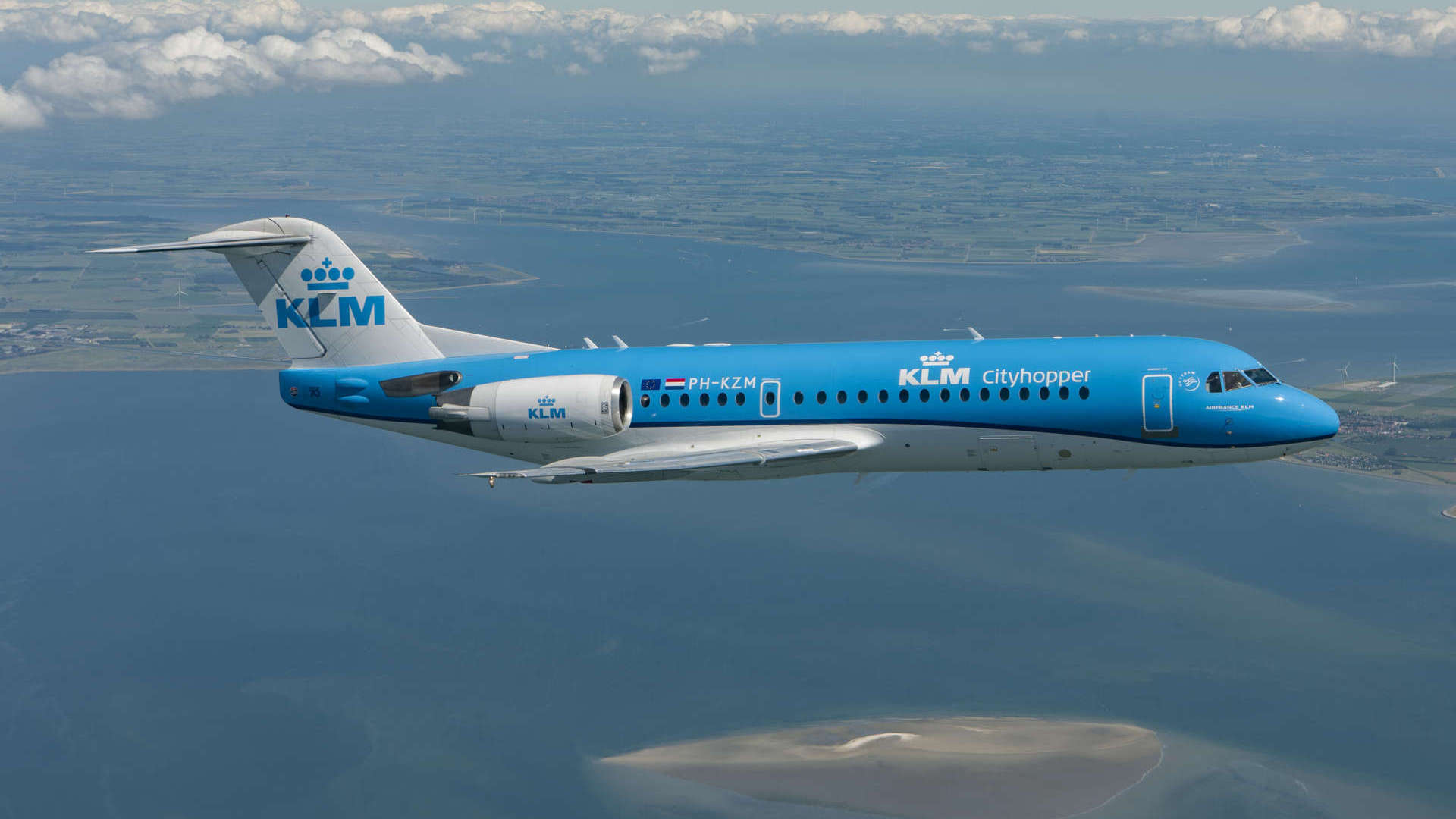 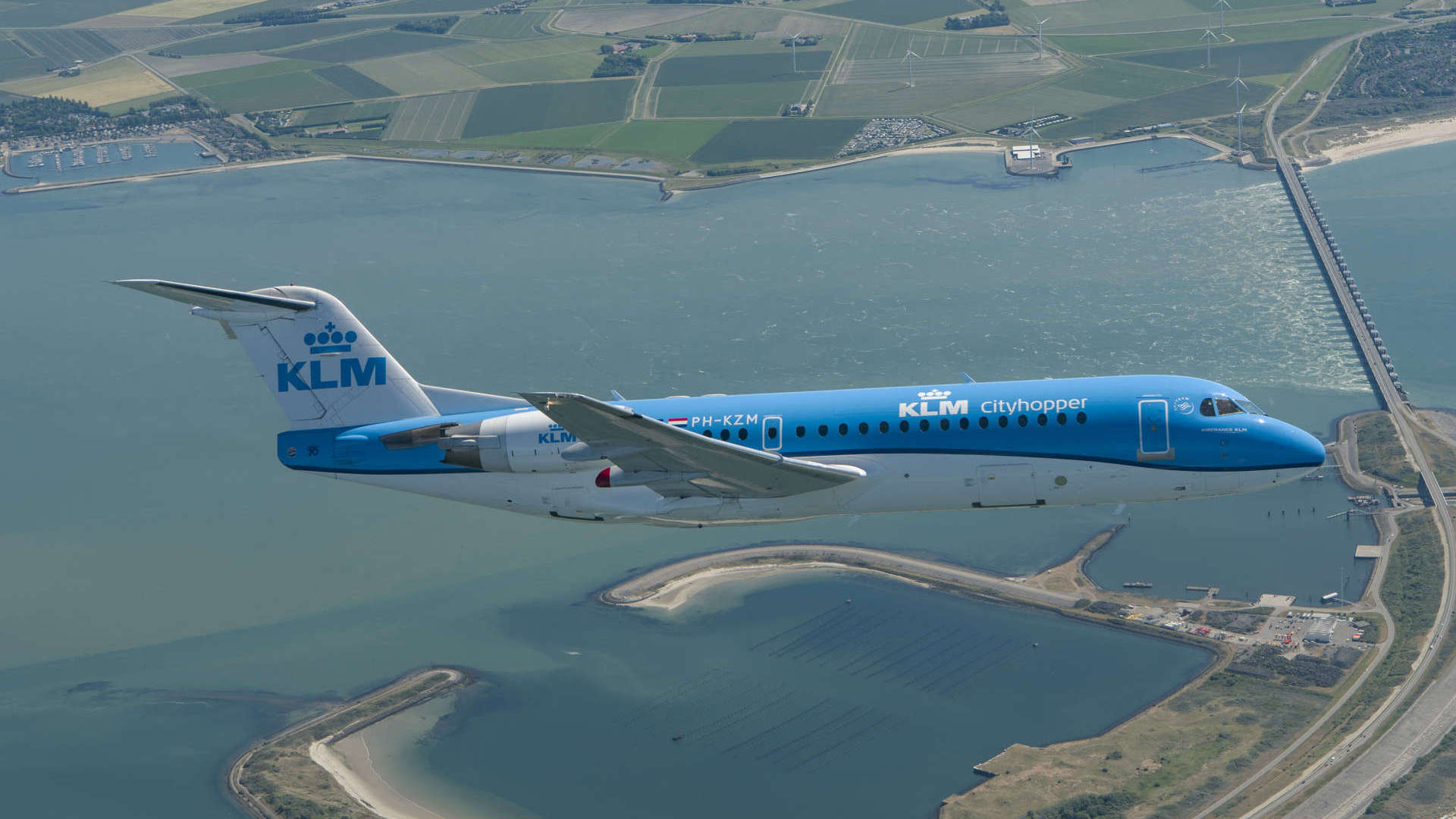 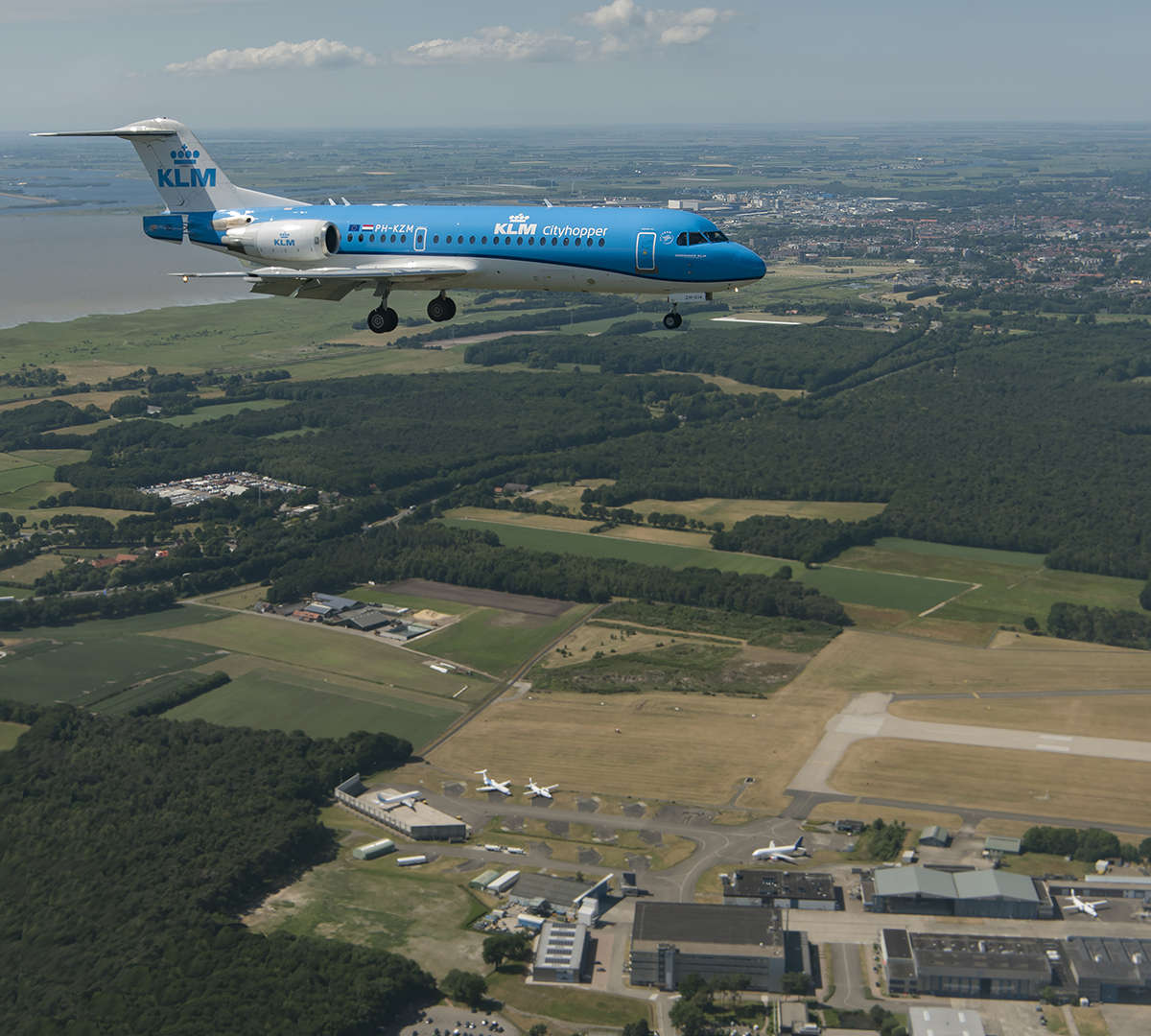 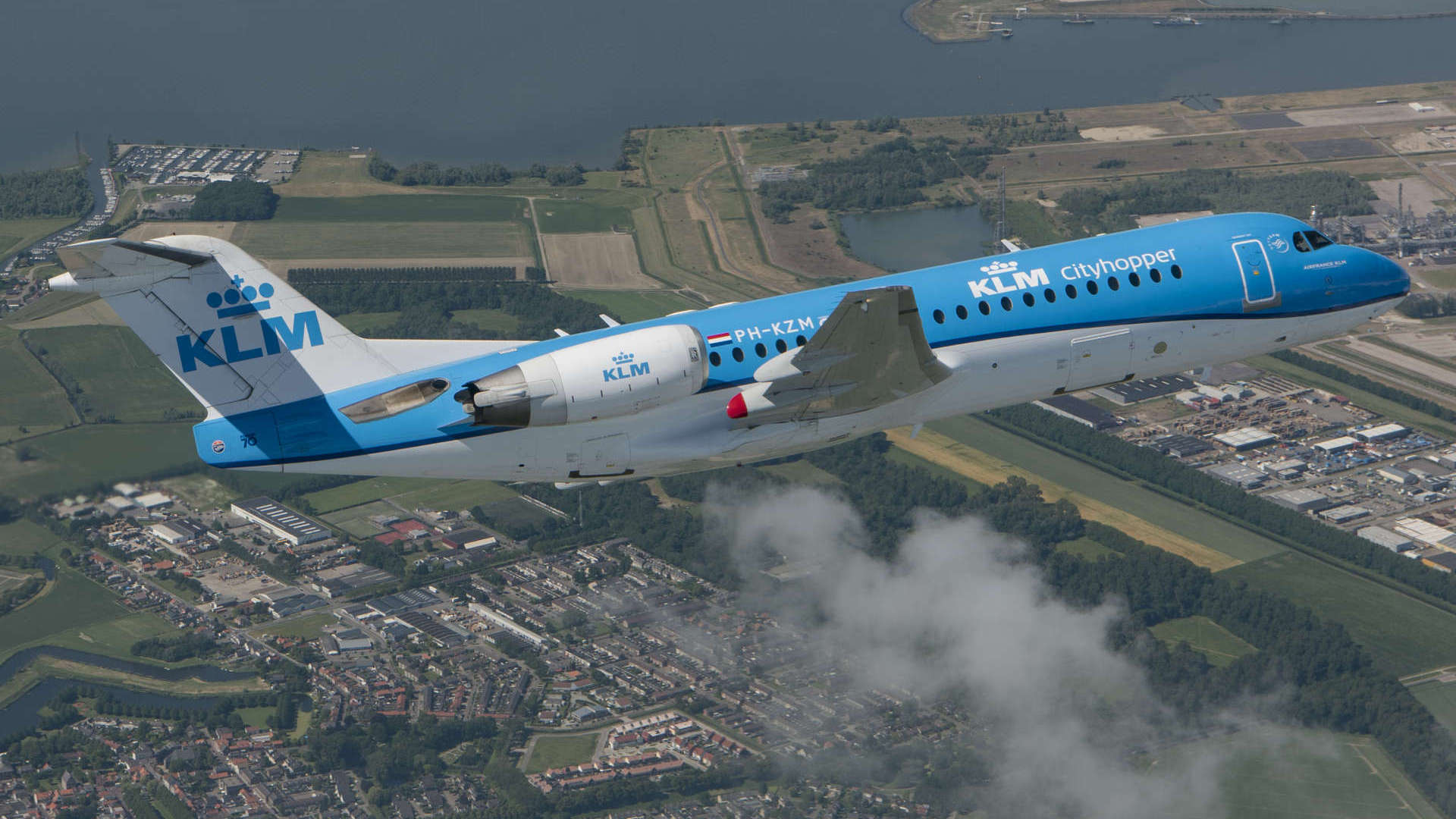 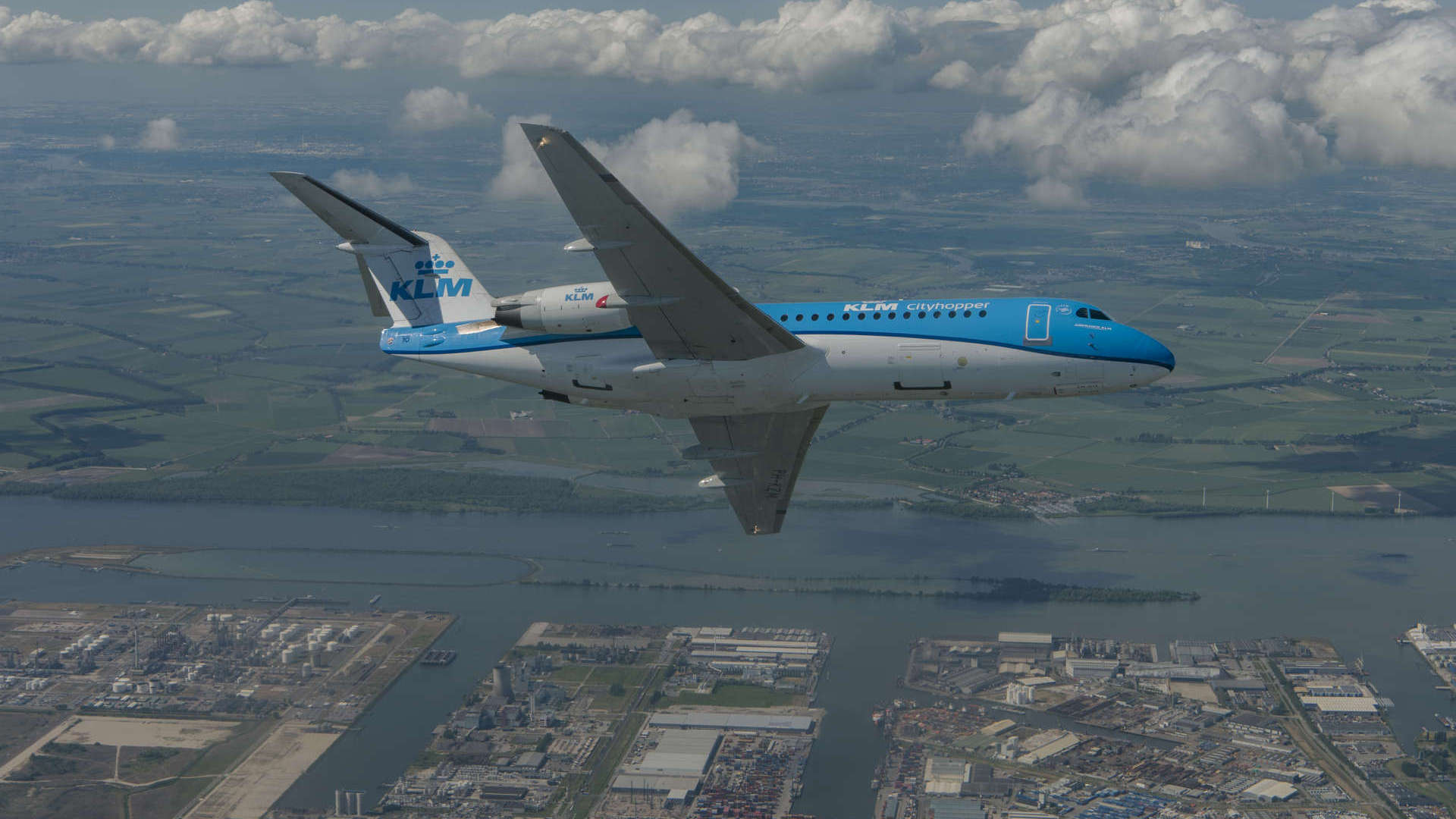