If you’re looking to escape the busy streets of the world’s metropolises in summer, the quickest way is the lift – to a rooftop bar. Here, traffic noise recedes to a background hum and your gaze can settle on something the rest of the city lacks: the horizon

Visit a rooftop bar around sunset, when the city’s at its best, and savour the view while sipping a delicate cocktail. The chance of a breeze and relief from the smog, have made high rooftop bars extremely popular, especially in big cities where temperatures can be sweltering. Bangkok is, perhaps, one of the most extreme. 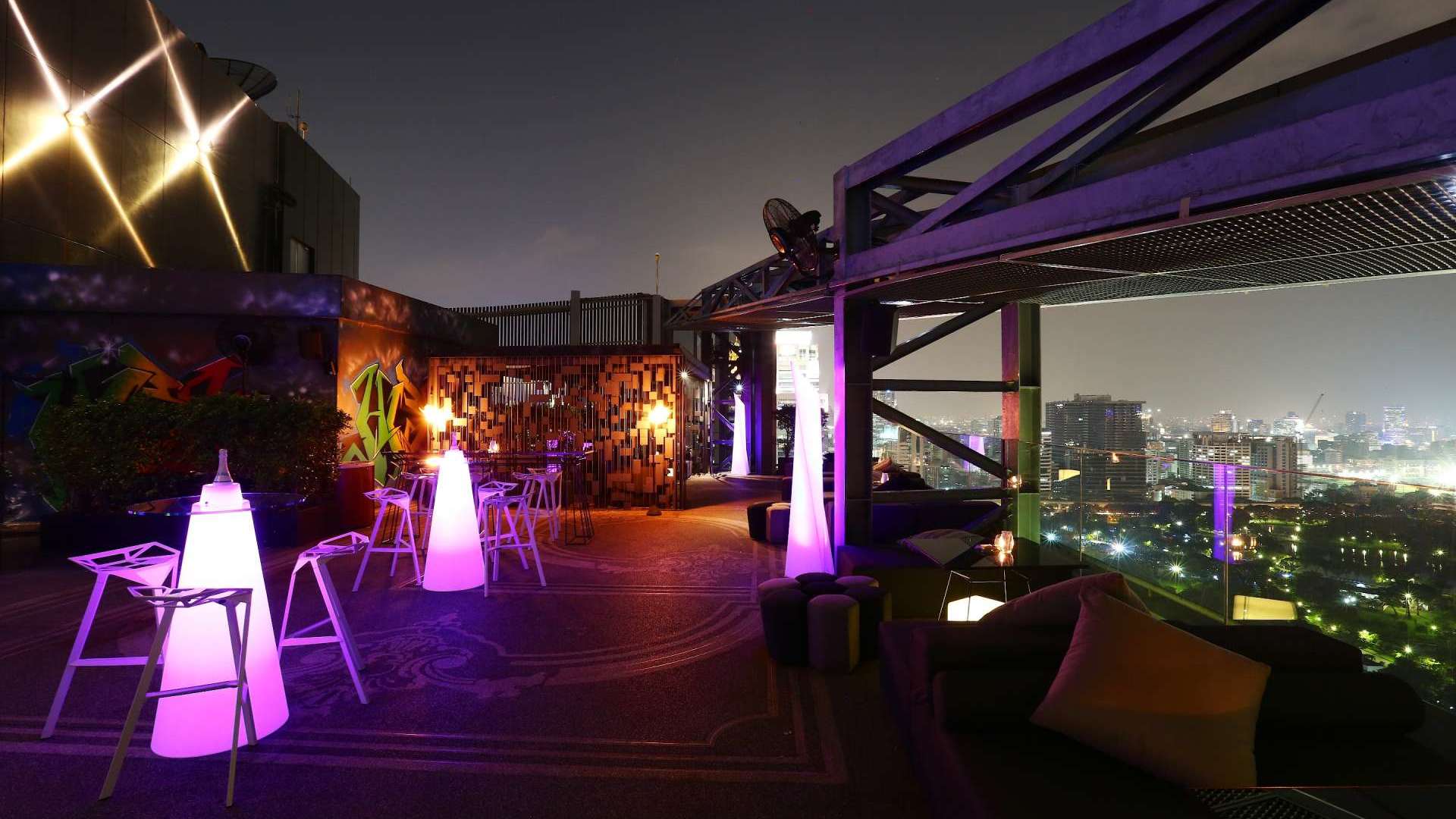 The incessant heat has given rise to rooftop revolution. There are now so many skyscraper pubs that new contenders have to come with a good reputation if they are to make any impression at all. HISO, on top of the trendy hotel Sofitel SO, is one that has been successful. It stands out from the rest for its rare view across the lush Lumphini Park to a glittering skyline beyond.

In Singapore too, one is spoilt for choice. Much has been written about Marina Bay Sands casino hotel: a full hectare of decadent amusement stretched across the tops of three towers. Here, the Ku Dé Ta Club Lounge shimmers beside the 150 metre-long infinity pool. All very well, but across the bay another bar reaches even higher. Every last Thursday in the month, the New Asia Bar atop Swissôtel The Stamford, presents its secret weapon: a party on the rooftop helicopter pad. On the roof of the 71st floor, it is considerably higher than the Marina Bay Sands. And the view is even better: from here you look out onto the Marina Bay Sands, where a laser-and-light show shoots across the bay every evening at sundown. 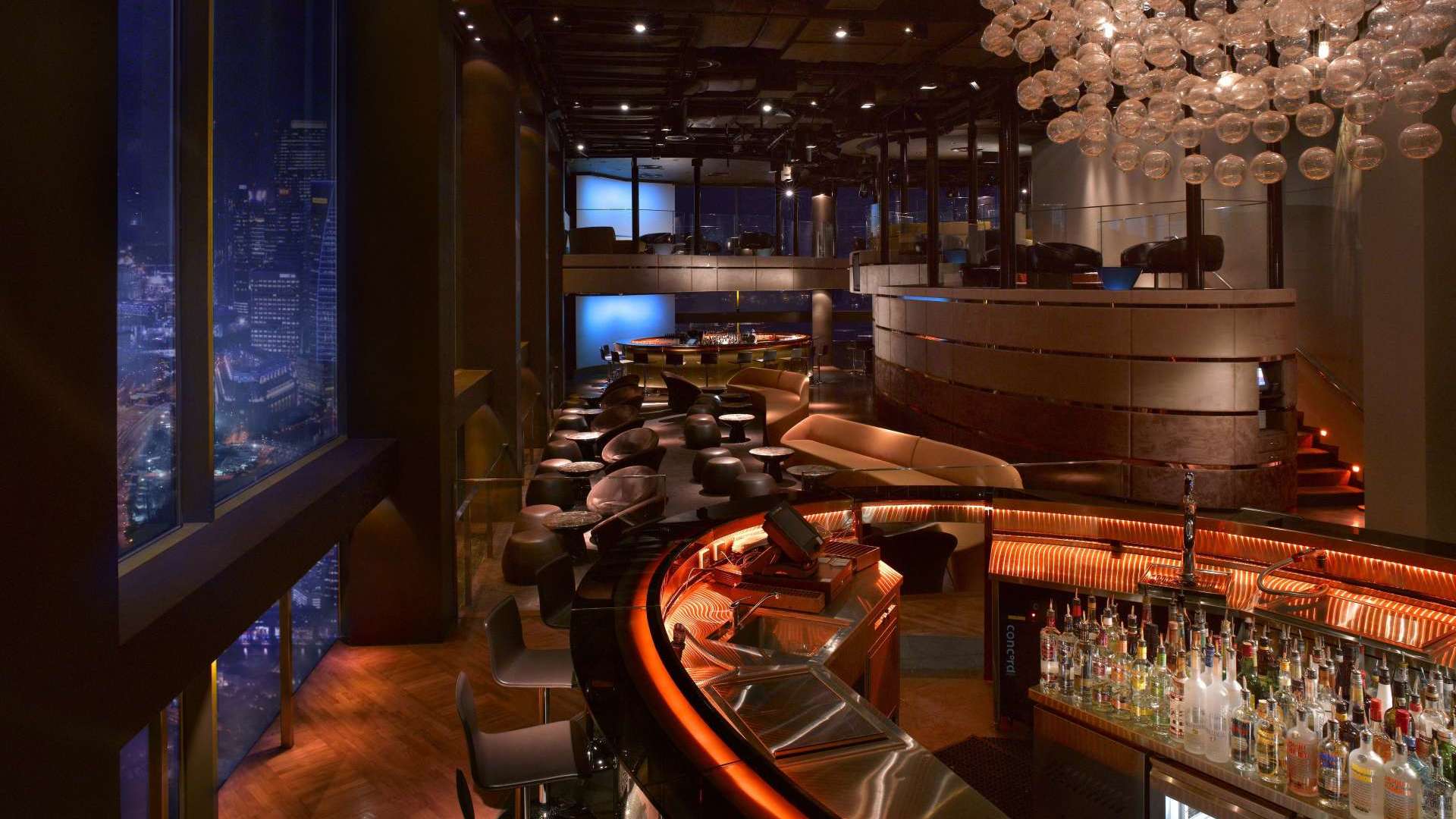 A light show is superfluous in Mumbai. The carefully timed sunset happy hour at Aer, on top of the Four Seasons Hotel, coincides with lighting-up time in one of the largest and most densely populated cities on earth – that’s spectacular enough.

The highest hotel bar in the world

Ozone, on top of the Ritz Carlton in Hong Kong, however, has it all. From here you get a fabulous view of the laser show that turns the Hong Kong Island skyline into a giant pinball machine every evening at 8 p.m. And then there is the awe-inspiring view of Victoria Harbour and surrounding area. At a vertiginous half a kilometre up, this is no less than the highest hotel bar in the world. And its luxurious spaceship design highlights the fact that, here, you are well on the way to the ozone layer. 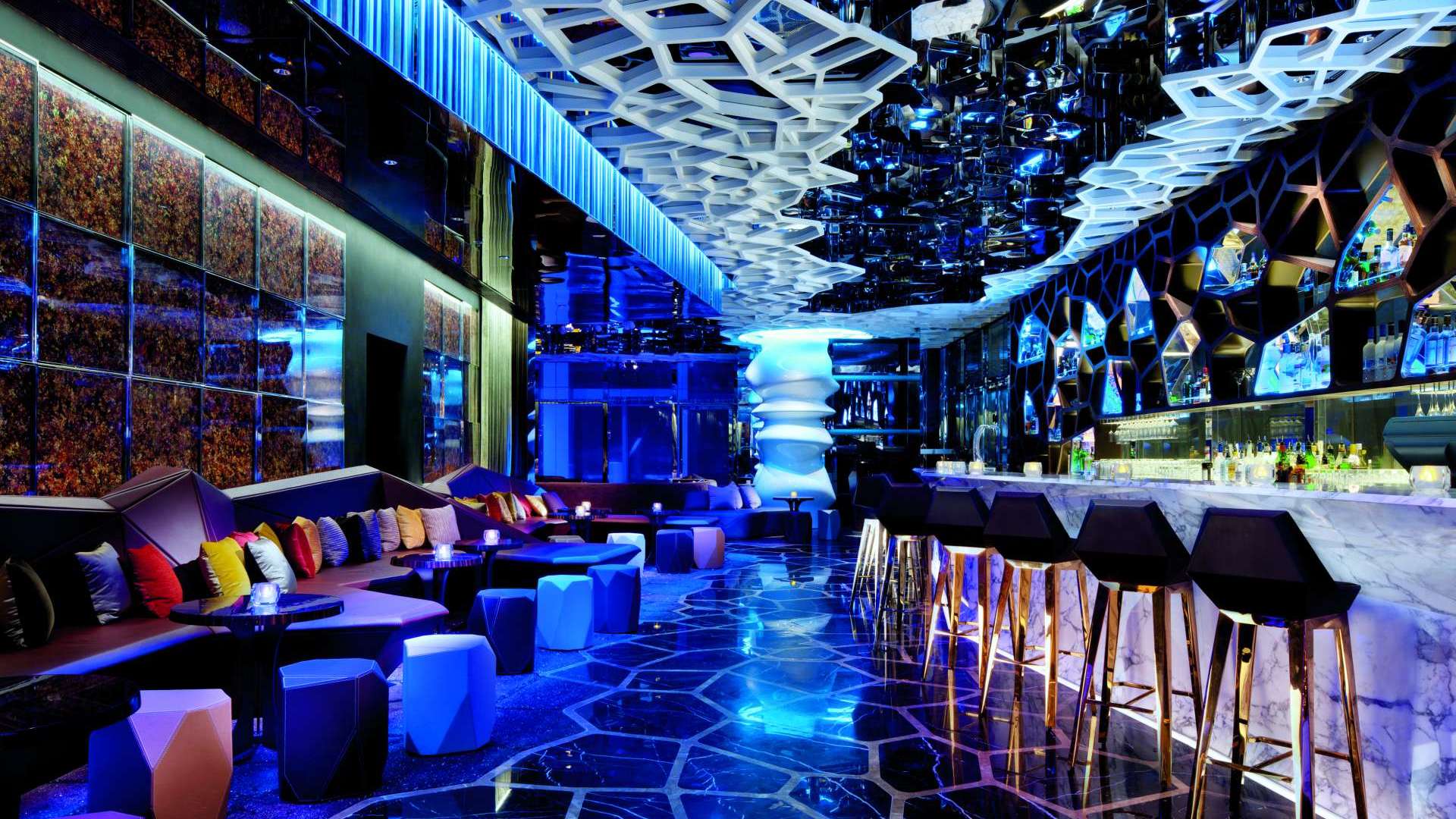 A little bit of drama

Gallow Green in New York, on the other hand, is quite a bit lower. Yet what this popular rooftop bar lacks in altitude, it more than makes up for in drama: it’s located on top of the bizarre – and fictional – Hotel McKittrick. This building houses the interactive play Sleep No More, which is spread across five floors. Watching over the bar, which can be reached separately from the hotel, is a cocktail historian who safeguards the authenticity of your drinks – punishing Manhattans, for example.

This article was published in KLM’s Flying Dutchman Magazine, our magazine for frequent flyers and members of our Flying Blue program. Find out if it might be interesting for you to become a Flying Blue member.