Many of my friends and colleagues have asked me why I planned a short break to Almaty and the southeast of Kazakhstan. It’s not a well-known region among travellers. I was surprised myself. But, to be honest, the country, the people and the nature swept me of my feet. So allow me to convince you to plan your next holiday to this overwhelming place.

Kazakhstan is the world’s largest landlocked country in terms of land area and the ninth largest country in the world. A trip to the southeast of this vast country usually starts in the former capital and the country’s largest city, Almaty.

1. Feel humble and small in the Sharyn Canyon, the Grand Canyon of Kazakhstan

Often seen as the little sister of the American Grand Canyon, Kazakhstan’s Sharyn Canyon is a magical place. A good three hours’ drive east of Almaty near the Chinese border, you will find the Valley of Castles in this 80-kilometre long canyon. You’re best off booking a car with a private driver. Plan to be overwhelmed by the natural beauty. It’s a must in Kazakhstan. 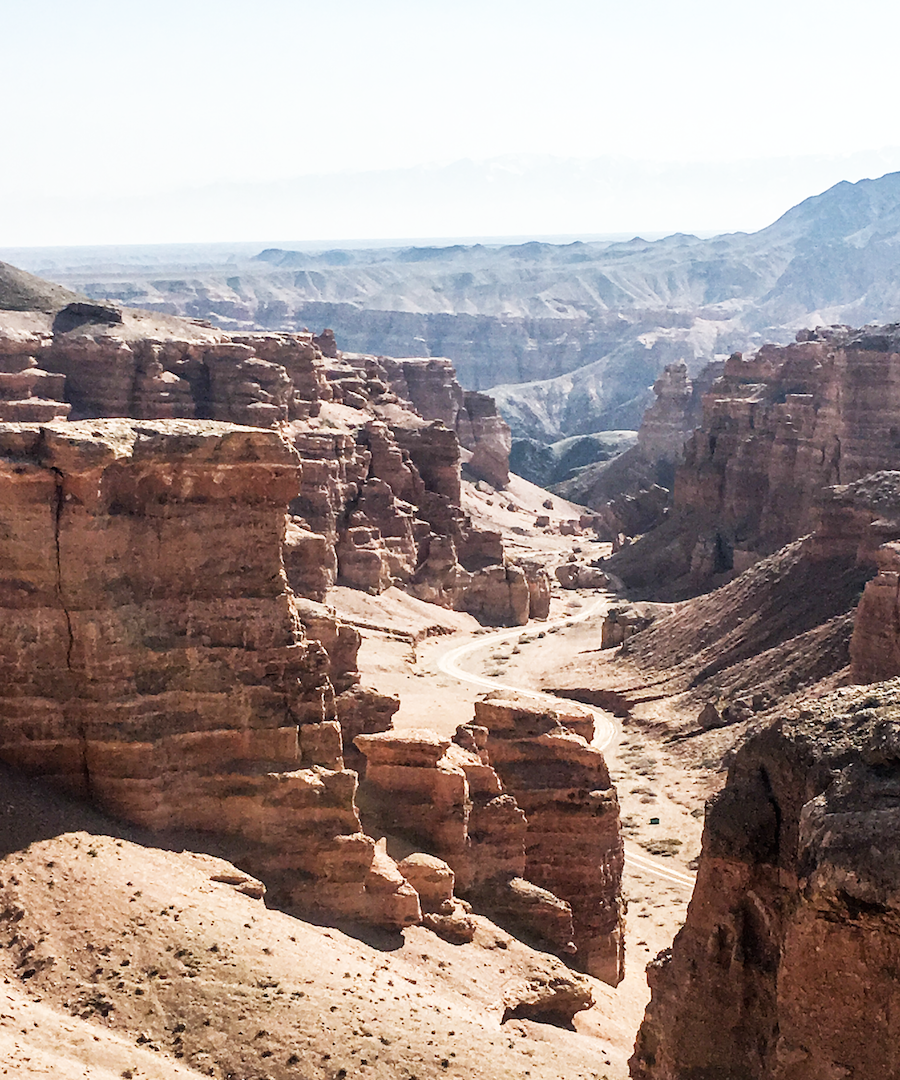 Just a 25-minute taxi ride south of Almaty you will find the starting point of the gondolas that take you up to Kazakhstan’s number-one ski resort, Shymbulak. During the entire winter season, beautifully prepared slopes and amazing natural beauty will offer you a skiing experience you might not expect to find in this part of the world. It’s easy to rent gear and a lift pass is pretty cheap. And, after a day on the slopes, there are some good cafes and restaurants to get you warmed up again. 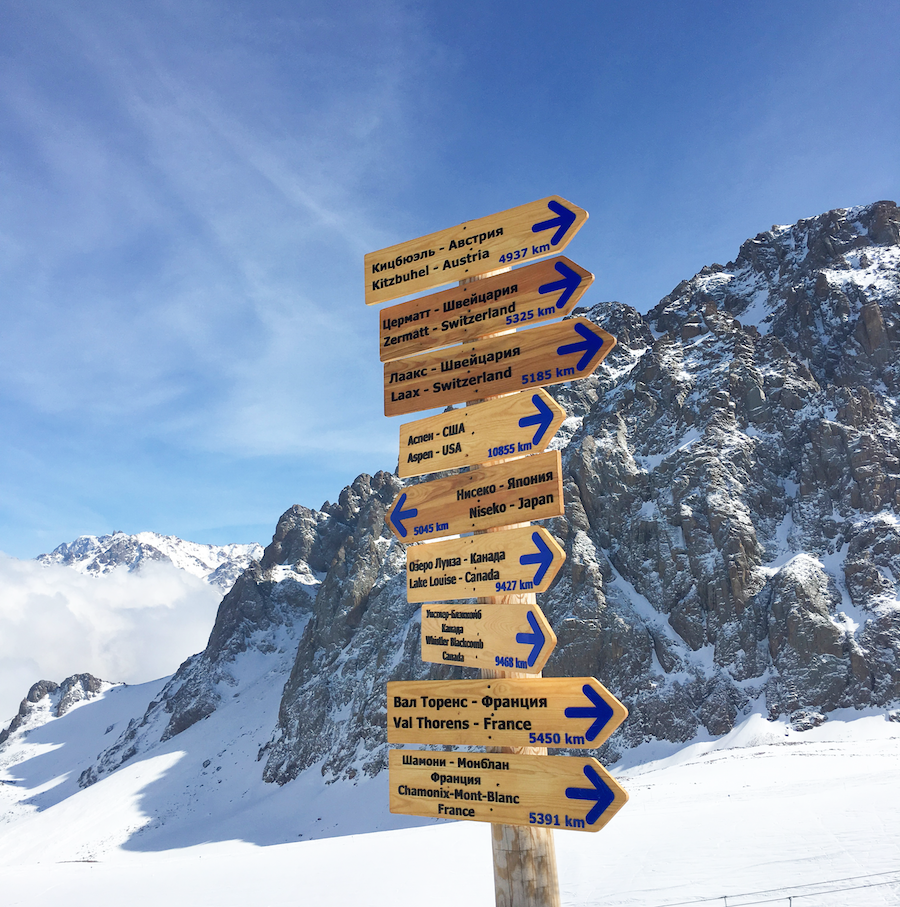 3. In case you thought you were alone…

In the middle of nowhere, we met a Dutch couple cycling from the neighbouring country of Kyrgyzstan, though Kazakhstan, into China, then continuing their trip in Japan, and finishing in Australia — a trip lasting close to a year. We were the first Dutch speakers they had come across in 14 days. It was just one such encounter that made our visit to Kazakhstan so memorable. 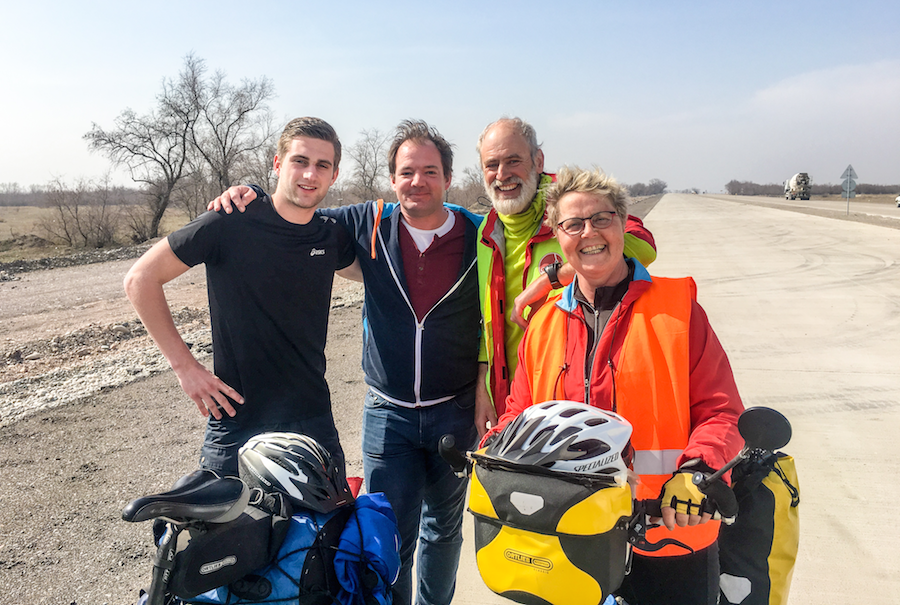 In downtown Almaty, the churches are the most wonderful buildings. The wooden Zenkov Cathedral (the “Ascension Cathedral”) shines yellow in the sun and, after a bit of searching among some newer buildings, you will also find green St Nicholas Cathedral. Get your cameras out for these two picture-perfect brightly coloured Russian-Orthodox churches. 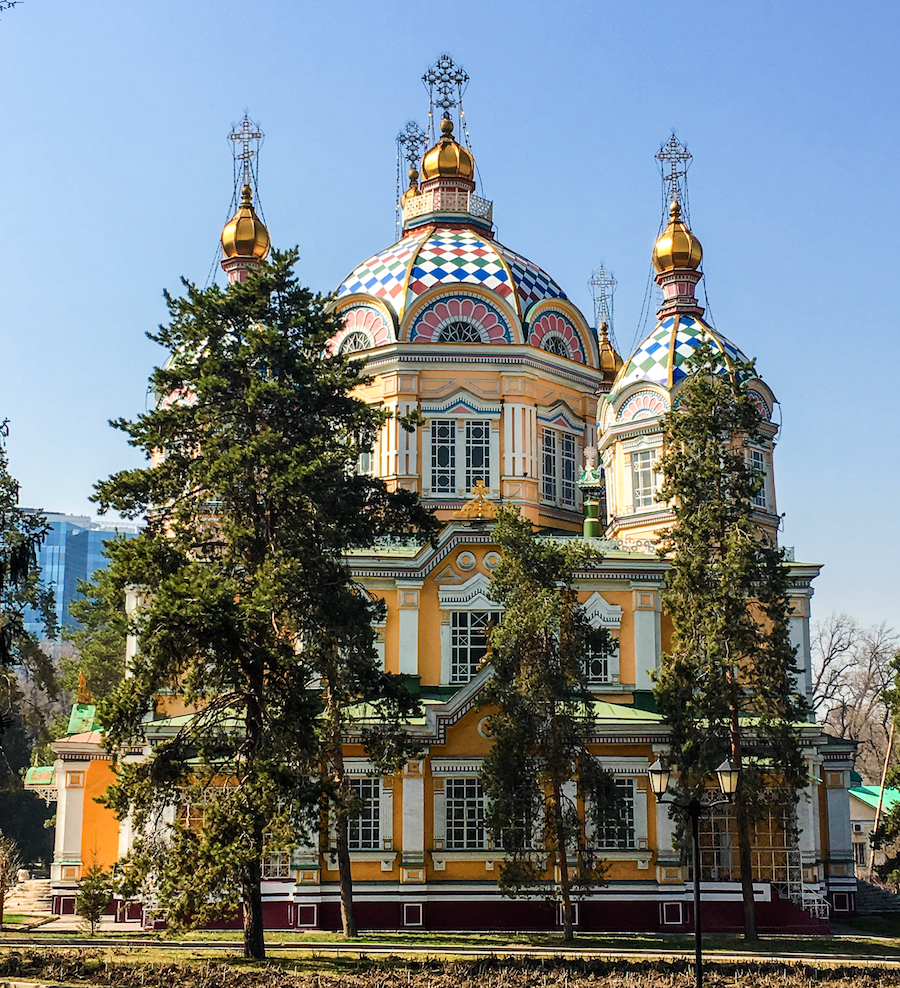 5. Go ice skating in the early Olympic age at Medeo

When open-air speed skating was still common practice for the top athletes, there was one place where speed skating history was made — the rink at Medeo, 15 minutes from the centre of Almaty. Rent a pair of skates and feel like the American Eric Flaim who won the championship when the world speed skating competition was held here in 1988. 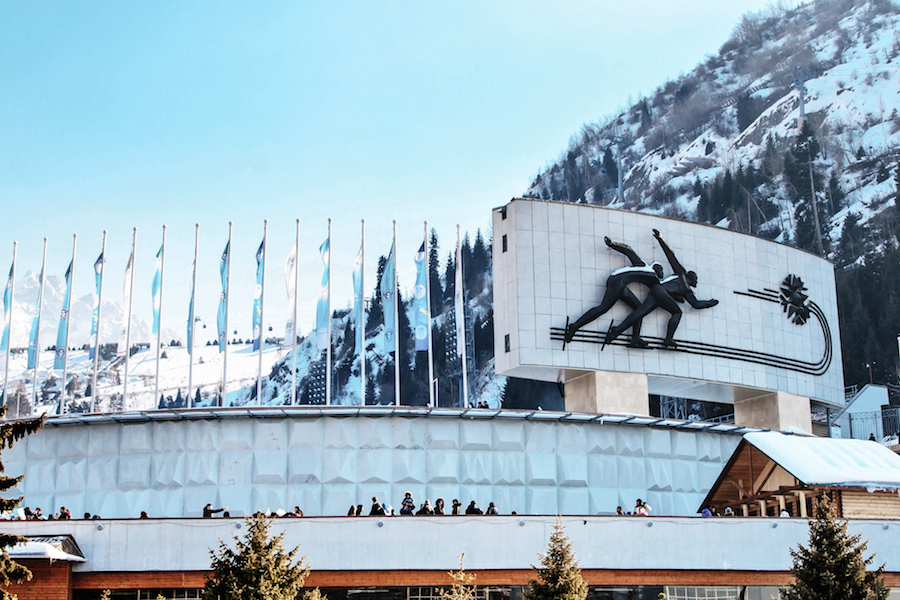 6. The amazing view of the Kok-Tobe Mountain

Many people like to spend their leisure time in Almaty on Kok-Tobe Mountain. Take the cable car, as all Kazakh people do, up mountain in the middle of the city and enjoy the views over the mountains surrounding Almaty. Many of them are over 3,000 metres high. You’ll find a variety of outdoor cafés and a Ferris wheel at the top. 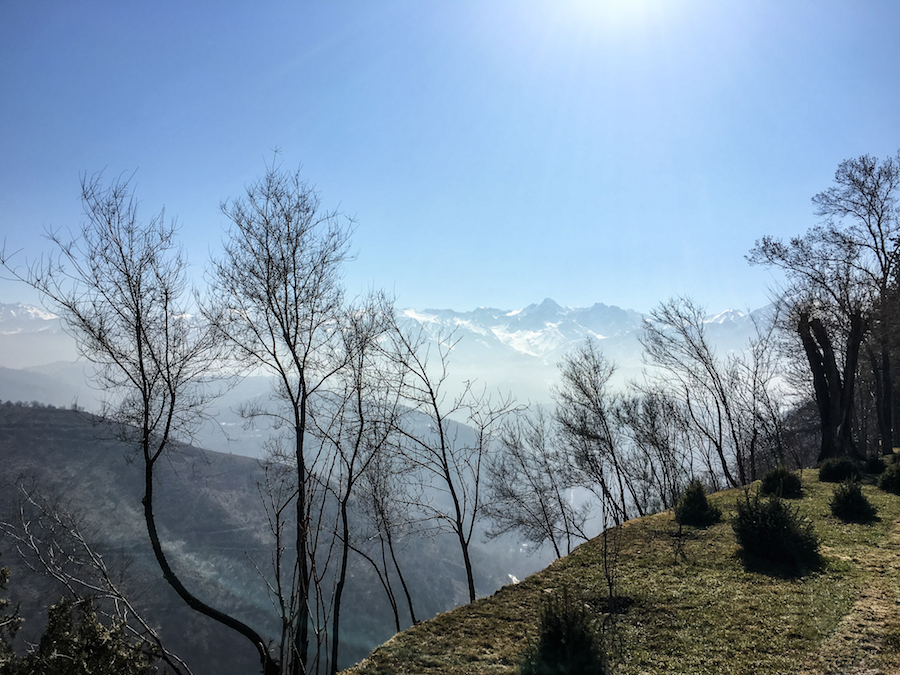 7. Enjoy the peace and tranquillity of icy Big Almaty Lake

Take a taxi out of town and up a steep mountain to Big Almaty Lake. It’s frozen for much of the year and its beauty and tranquillity is bound to capture you. 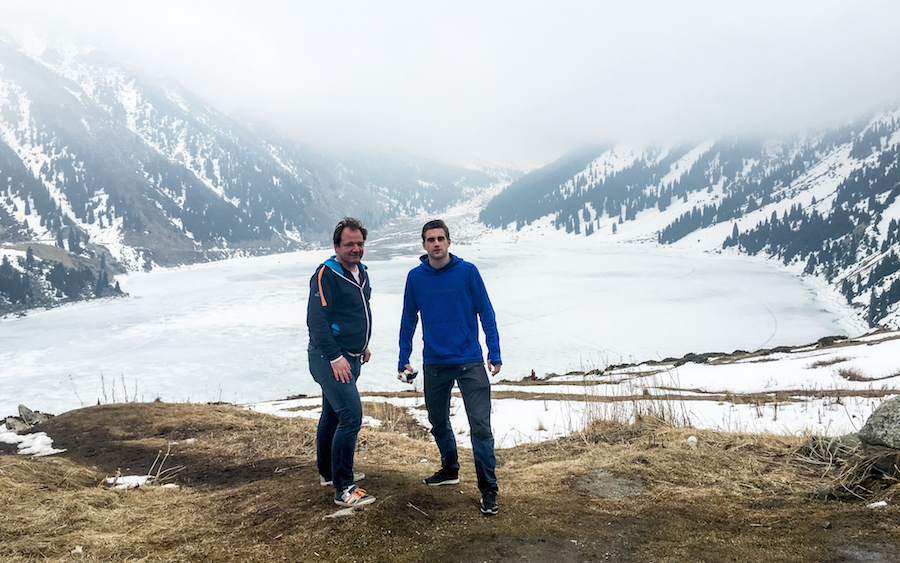 8. Learn some history you probably didn’t know in Panfilov Park

This park is named after the Panfilov Heroes, 28 soldiers of an Almaty infantry unit who died fighting off Nazi tanks in a village outside Moscow in 1941. A statue was erected to commemorate the soldiers. An eternal flame in the park honours those who fell during the Russian Civil War (1917-1920) and the Second World War (1941-1945). 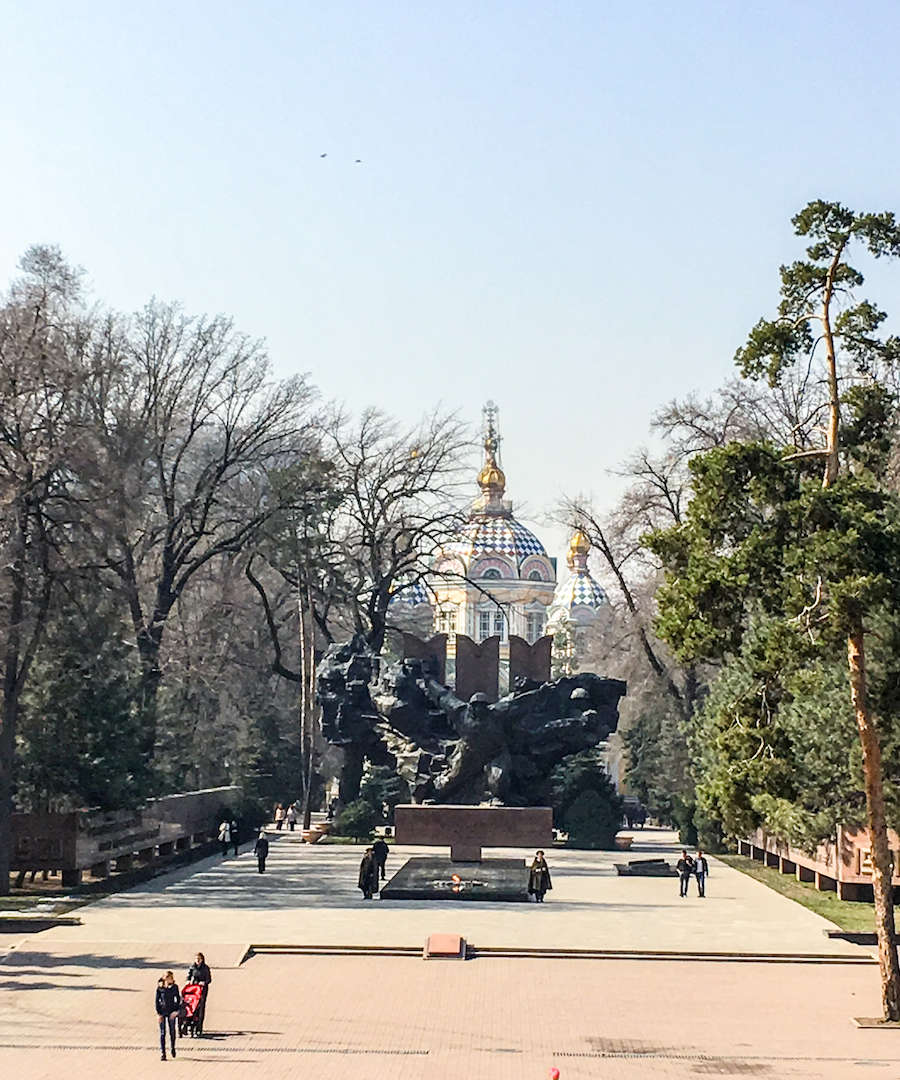