It’s a dream of an aircraft – that’s how this beauty gets its name: Dreamliner. As a passenger, I’d already discovered that this aircraft is one-of-a-kind, but after joining KLM just over a month ago, I learned that this is actually an understatement. I already know the ins and outs of every KLM aircraft. Okay, that’s not entirely true, but I’m getting there slowly! Still, the Dreamliner is definitely living up to its name. Allow me to tell you why.

The Dreamliner’s maximum take-off weight is 252,650 kg. If you’re anything like me, you’re having a hard time working out how heavy this is. Well, imagine 66 elephants, each weighing 4,000 kilos, and you get a better idea. So, no need to worry about that extra weight you put on during your holiday! 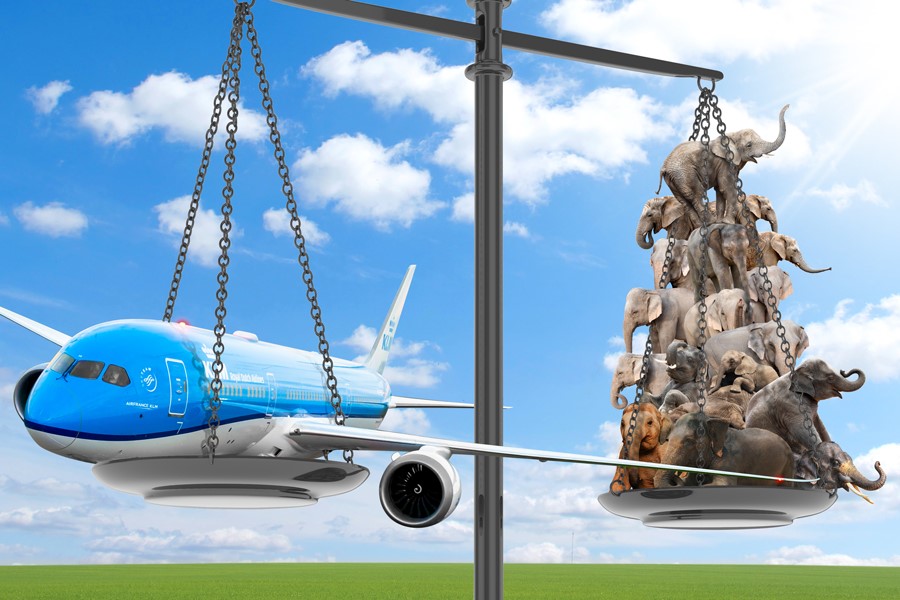 About 10% of the Dreamliner’s total weight is accounted for by its engines! Together they generate 74,000 pounds of thrust. That’s an incredible amount of power. Can you imagine how many people you’d need to get those 66 elephants off the ground and then keep them in the air? 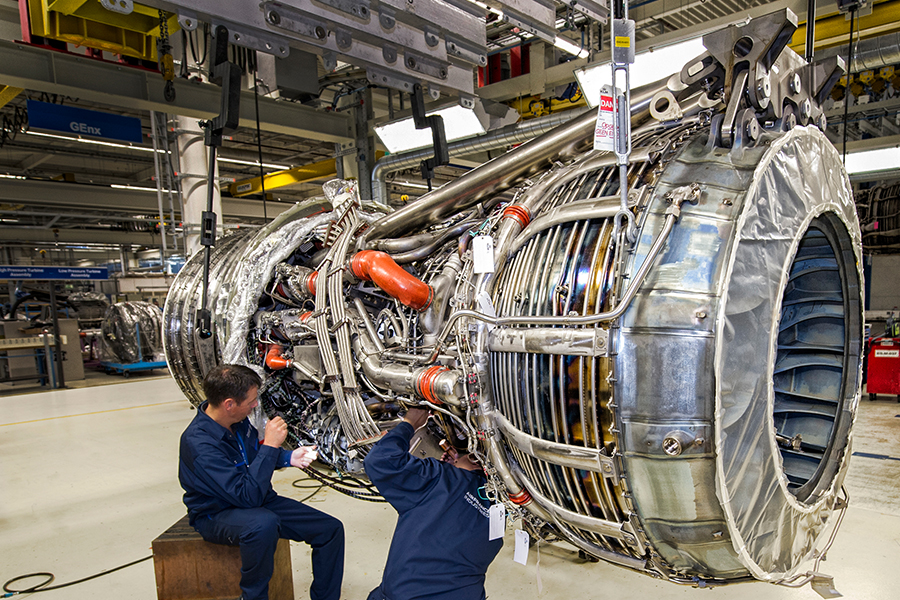 The Dreamliner is 20% more fuel efficient than comparable aircraft. This is because of the new engines and the lightweight composite materials used to construct the aircraft. The improved fuel efficiency also means CO2 emissions are 20% lower!

The Dreamliner and Lucky Luke have something in common: they are both very, very quick. The Boeing 787-9 Dreamliner has a cruising speed of 920km/h, which is close to the speed of sound. It’s not quite a time machine, but you can add a couple of hours to your day if you fly west…

Various technical innovations ensure that the 85 decibels of noise generated by the Dreamliner do not reach the ground. Huh? Yes, I didn’t quite get it either. The Dreamliner is 40% “quieter” than comparable aircraft, which means the noise levels are similar to heavy car traffic. That’s pretty impressive for a machine that weighs over 250,000 kilos, right? 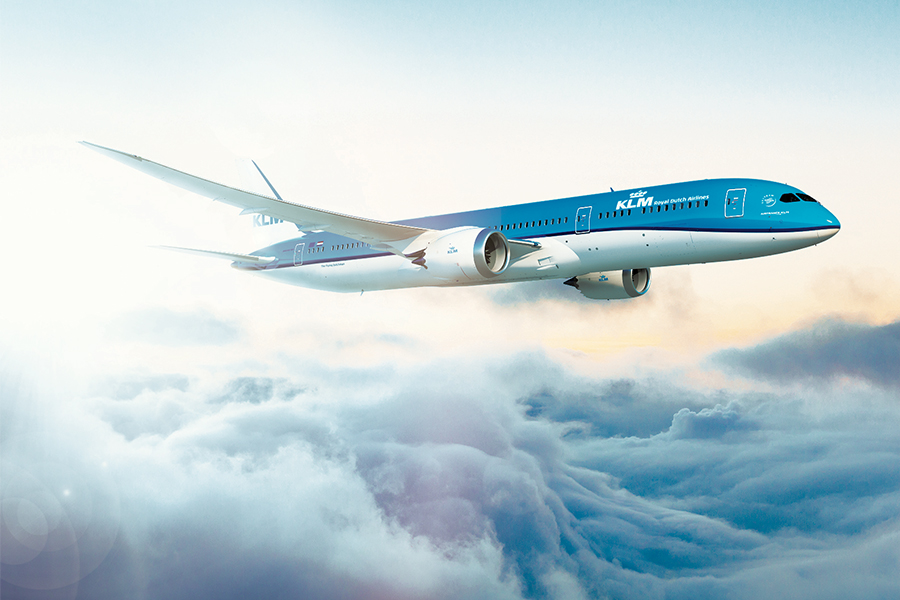 The special paint KLM uses for its Dreamliners can withstand temperatures as low as minus-90°C and as high as 50°C. KLM co-developed an innovative painting system, ensuring that 15% less paint is needed, because it is applied in more and thinner layers. 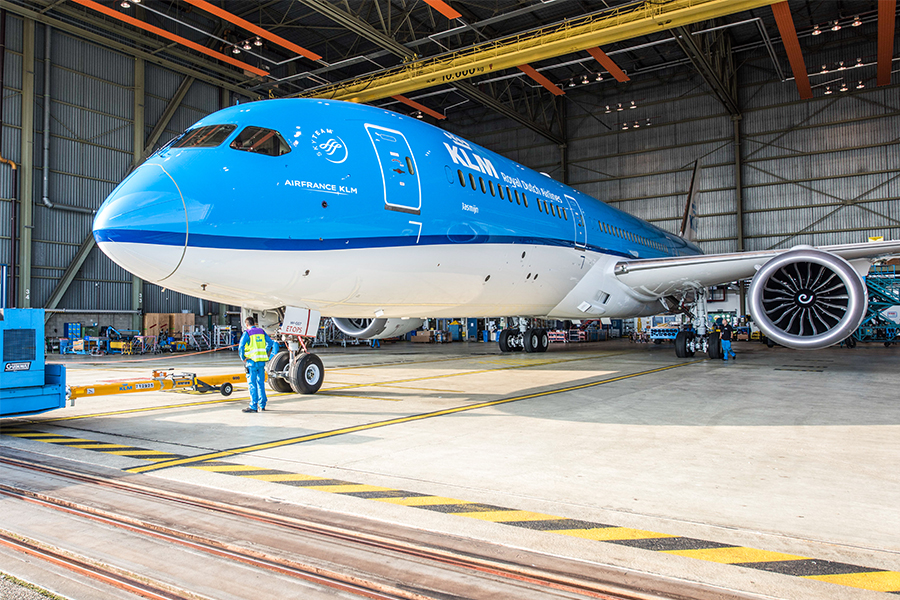 You either have to be really popular or have a huge family to fill an entire Boeing 787-9. KLM’s Dreamliner is configured to carry a total of 294 passengers, including crew. Fortunately, our flights are very popular.

The Dreamliner’s maximum range 11,500 km. That’s approximately the distance from Amsterdam to Hawaii! And that’s plenty, because who wants to travel any further once you get to Hawaii?