The longer I look, the more stars I see. An overwhelming experience. There, a falling star! And another! I run out of wishes and decide to just lie back and enjoy it. Resting on the sands of the Adrar, a section of the Sahara in Mauretania. Together with my guide and camel driver, I set off from Chinguetti, a desert city founded in the 13th century, a gathering place for pilgrims from western Africa setting off on their long trek to Mecca. Caravans departed to the east, straight through the desert, for a year-long journey to the holy city. And so Chinguetti itself became a holy city. It still has a wonderful ancient stone mosque, with wooden locks on the doors and rows of dusty religious documents in the library. The desert sand blows into the streets from all sides, consuming the city slowly but surely.

It all began in Atar, where I spoke to Baba, who was not only a shopkeeper, but also a guide. I really wanted to go on a camel trek and, when I naively asked whether I would survive five days on a camel’s back, Baba looked at me in wide-eyed surprise.
“Are you saying you want to sit ON the camel?”
“There will be two camels, right?” I asked.
“Yes, but they will carry the luggage, the food and drink. You can sit on a camel if you want, but then we will have to find an extra camel. We usually walk through the desert, with the camels and their driver following behind.”
Only then did I understand that I wouldn’t be spending days swaying on back of the “ship of the desert”, but that I would be doing my own walking. And I actually found that a rather comforting thought. Fortunately, the heat wasn’t as horrific as I’d imagined. We walked for a couple of hours in the morning, then found some shade for lunch and rest, before setting off again a couple of hours before sunset for the second part of our daily trek through the blazing sand. These were the most wonderful hours, when the endless dunes were bathed in glorious light, stretching out to the horizon like a silent ocean. 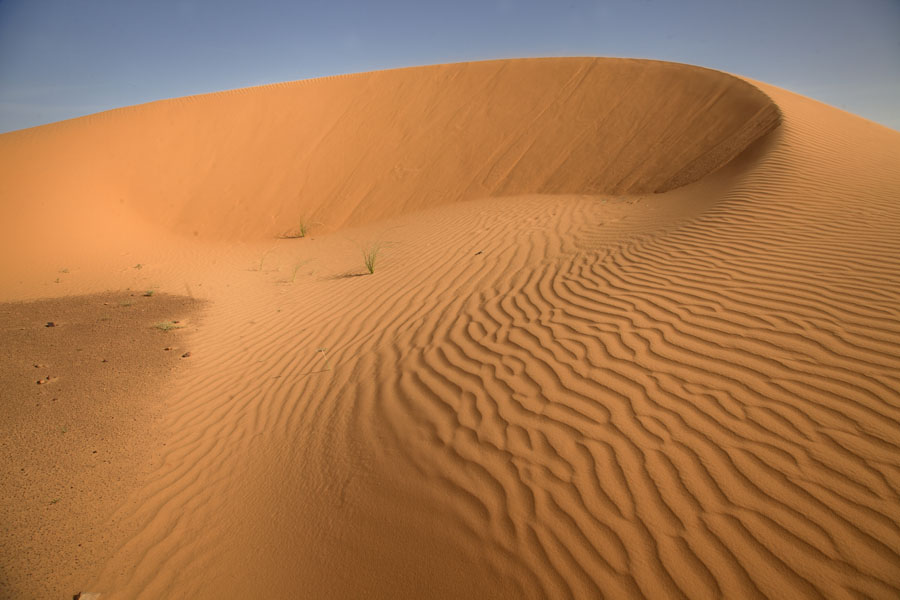 I’d always imagined the desert as a dead place with endless dunes as far as they eye can see. But soon after leaving Chinguetti I realised how wrong I’d been, partly because I was walking through the Sahara on my own two legs. I discovered all sorts of small plants and flowers, spotted butterflies and saw beetles making a gargantuan effort to climb up steep sand dunes, only to tumble back down and start all over again. On the second-last day, while we were walking through a sand storm, we arrived at a little lake and I suddenly found myself swimming in the middle of the desert. 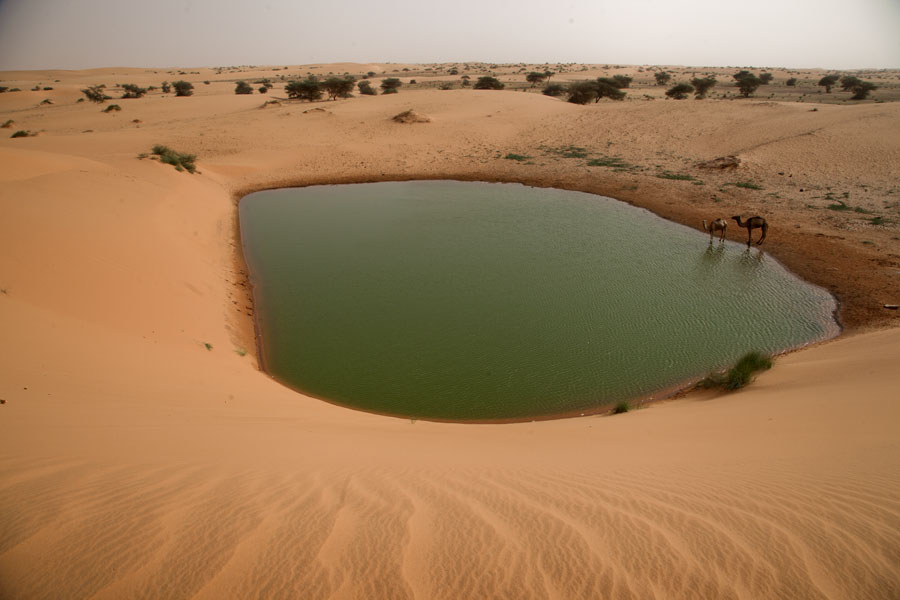 Although I’d imagined that I’d be totally cut off from the rest of world, I was surprised to see my guide and the camel driver walking to the top of a dune and holding up their mobile phones, searching for signal from some invisible mast far away. The one was just married and waiting for a message from his young wife, the other had just become a father and was hoping to receive word from the new mother. And when they got a signal, they were like two children who had found a forgotten bag of sweets. It is becoming almost impossible to free ourselves from the communication tentacles spanning the globe, which even reach out into the middle of the desert. 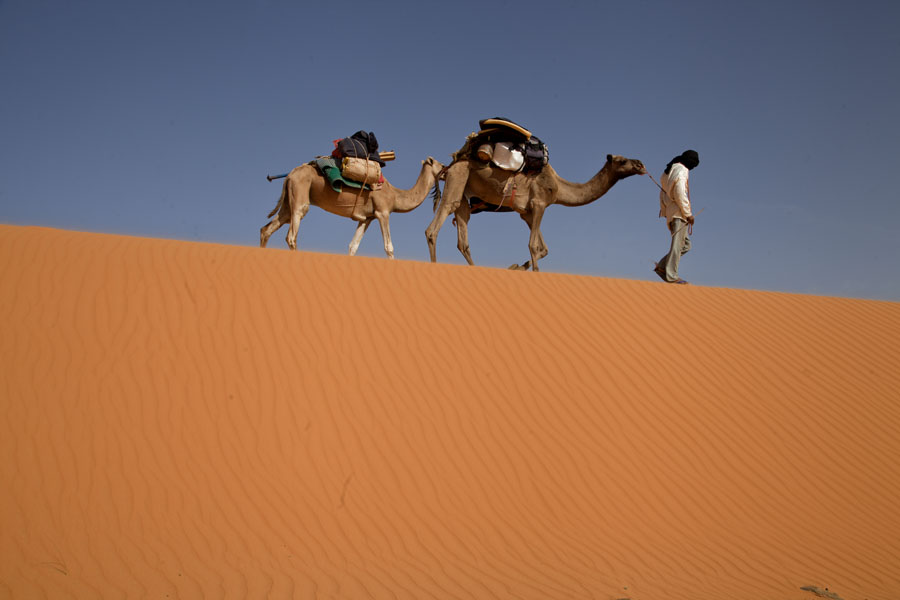 What more do you want?

Despite these modern facilities, the trip was heavy going. We had to be sparing with water and we slept on thin mattress on the sand, where we regularly saw scorpions. I woke up with sand in my mouth. The food wasn’t particularly varied and I only drank water and lots of tea, which you get wherever you go in Mauretania. But I hardly noticed these hardships, partly because of the spectacular sunrises and sunsets. If you can let stars fall without making a wish, what more do you want?

[tweet text=”If you can let stars fall without making a wish, what more do you want?”]