Long ago, I wanted to be a game ranger. One of the first holidays I can remember was to the Kruger Park in South Africa. My parents bought us a booklet with pictures of all the animals, and my sister, brother and I set ourselves the impossible goal of spotting every single species in the game reserve. I vividly recall that we spent a lot of time arguing about which smallish brown antelope we had seen disappearing into the bush and whether it was fair, considering their similarity, to cross steenbok, dik-dik, klipspringer, duiker, oribi and suni off our list all at once. My father eventually ended the discussion when my brother complicated matters by saying: “Maybe it’s just a baby impala,” adding a whole new subset of species to the smallish-brown range of possibilities. 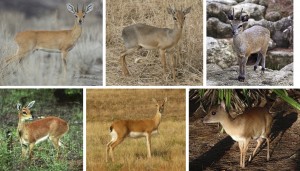 At the time, my favourite books were Harry Wolhuter’s Memories of a Game Ranger and Percy Fitzpatrick’s Jock of the Bushveld, both of which were set in the great wild outdoors, where you could walk with elephants, swim with crocodiles and get mauled by a lion in the same afternoon. All of which sounded rather exhilarating, until I discovered that to become a game ranger I would have to take a course in “animal husbandry”. I realised, of course, that this did not mean I would be marrying any animals, but as a hard-nosed twelve-year-old I knew exactly what kind of jokes I would have to endure.

All of which brings me, rather abruptly, to the Amsterdam Zoo, Natura Artis Magistra, which celebrates its 175th anniversary this year. I visited Artis (as the zoo is known locally) regularly when my children were younger, but I must admit I always felt sorry for the animals in their enclosures. Not so much because they seemed unhappy, but more because I was accustomed to seeing animals roaming free in their natural habitat. However, I recently learned that we may be fooling ourselves if we think that animals are happy because they are free. 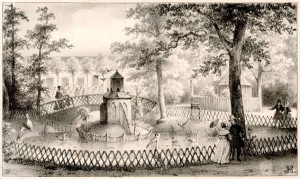 Artis as it was ten years after it was founded. The bridge and pond are still in existence. (Engraving by Willem Hekking Jr.)

In Yann Martel’s bestselling novel, Life of Pi, the main character grows up at a zoo and says the following: “Animals are territorial. That is the key to their minds. Only a familiar territory will allow them to fulfil the two relentless imperatives of the wild: the avoidance of enemies and the getting of food and water. A biologically sound zoo enclosure – whether cage, pit, moated island, corral, terrarium, aviary or aquarium – is just another territory, peculiar only in its size and in its proximity to human territory.” 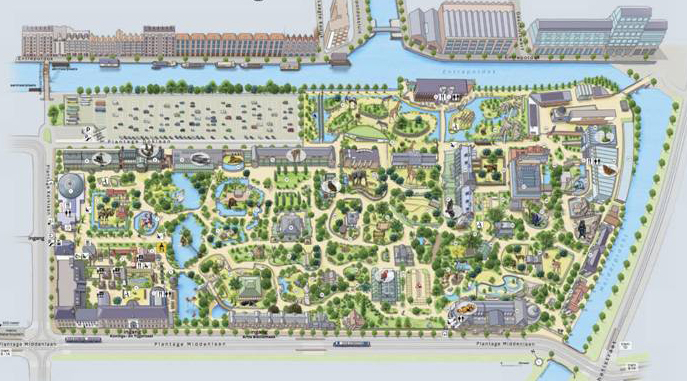 But most people don’t need any convincing to visit Artis. According to a recent survey, the zoo is one of Amsterdam’s most popular outings, second only to canal cruises. Many people living near the zoo have season tickets and see it as their own backyard. It’s a great place to practice your animal sounds, to learn a little about the residents, and to teach your children what their bedroom will smell like if they don’t keep it tidy.

On top of that, Artis organises a wide variety of events and activities during the summer months. And if you visit the zoo on a Saturday in June, July or August, you can hang around until sundown and experience some of the wild nightlife that Amsterdam is renowned for.

(PS: Former Artis director and vet, Maarten Frankenhuis, recently published a fascinating book (in Dutch) on the zoo’s rich history and its role as a place of refuge during the war. He also gives guided tours for groups. You can contact him here – scroll down for English.)