It can happen to anyone: you want to change your bathroom soap holder. At home there are no worries, you pick one at the local house decor shop, you unwrap it and put it on the bathroom sink. Easy! But how hard is it to change a soap holder in the aircraft bathroom? You can’t use just any soap holder, this is KLM after all. We are not talking about changing a damaged bottle holder for a new one. No, today we will look into the process of changing the design of the soap bottle holder completely, and for the Boeing 777 fleet, this is the very first time for this type of change.

These projects always start with an idea. I am saying “projects” because changing anything in the aircraft is not an easy task. Prior to the actual change is a process that consists of a lot of discussions, meetings and approvals. The most important are from aviation authorities, government, fleet manager, aircraft owner and aircraft manufacturer too. Aircraft parts have to be fully reliable. Think of all requirements that need to be taken into consideration to keep an aircraft safe. How flammable is the material? How strong is the design? Can it hurt a passenger or a flight crew member? How fast will it get worn or damaged? Can it get loose during the flight? How much does it weigh and will it affect aircraft balance? The new soap bottle holder has to comply with all of these requirements too. 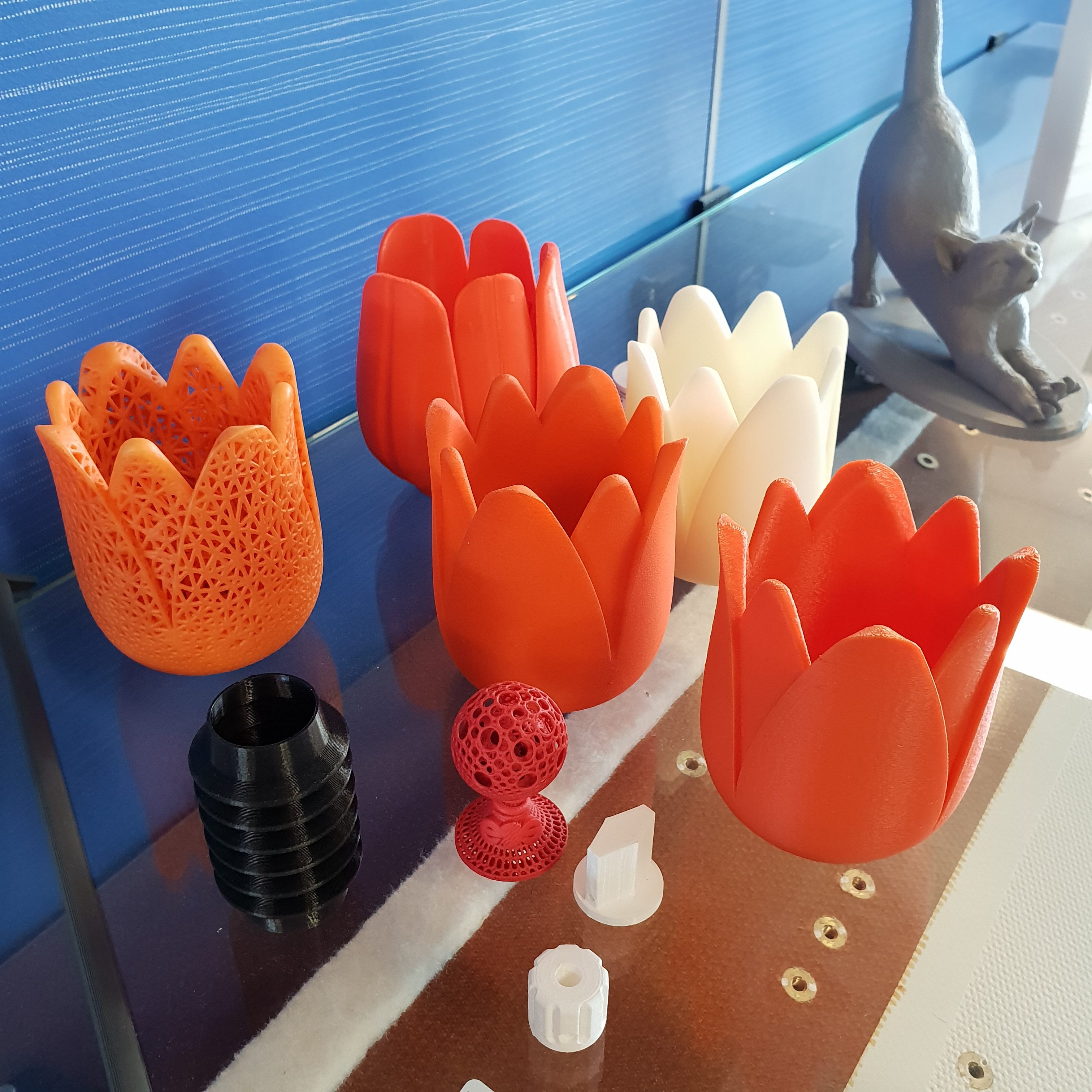 The idea behind a new soap bottle holder is that adding a little bit of orange (the national colour of the Netherlands) to the blueish aircraft interior would make the cabin brighter, happier and more Dutch. A KLM intern and the Cabin Engineering team were appointed to come up with a new design for a soap bottle holder at the beginning of 2018. They did a great job as there is nothing more symbolic for the Netherlands than the orange tulip. This was a good start and from there the team set off on a long journey. Tulip designs were created within the KLM with the of a 3D printer. The importance of the right orange shade was not underestimated as the Dutch are known for this colour and the Orange Tulip had to fit in with the rest of the cabin. Several examples were made, one better than the other. Various shades of orange and shapes were experimented with in the period of few months until all involved parties agreed on the final look. 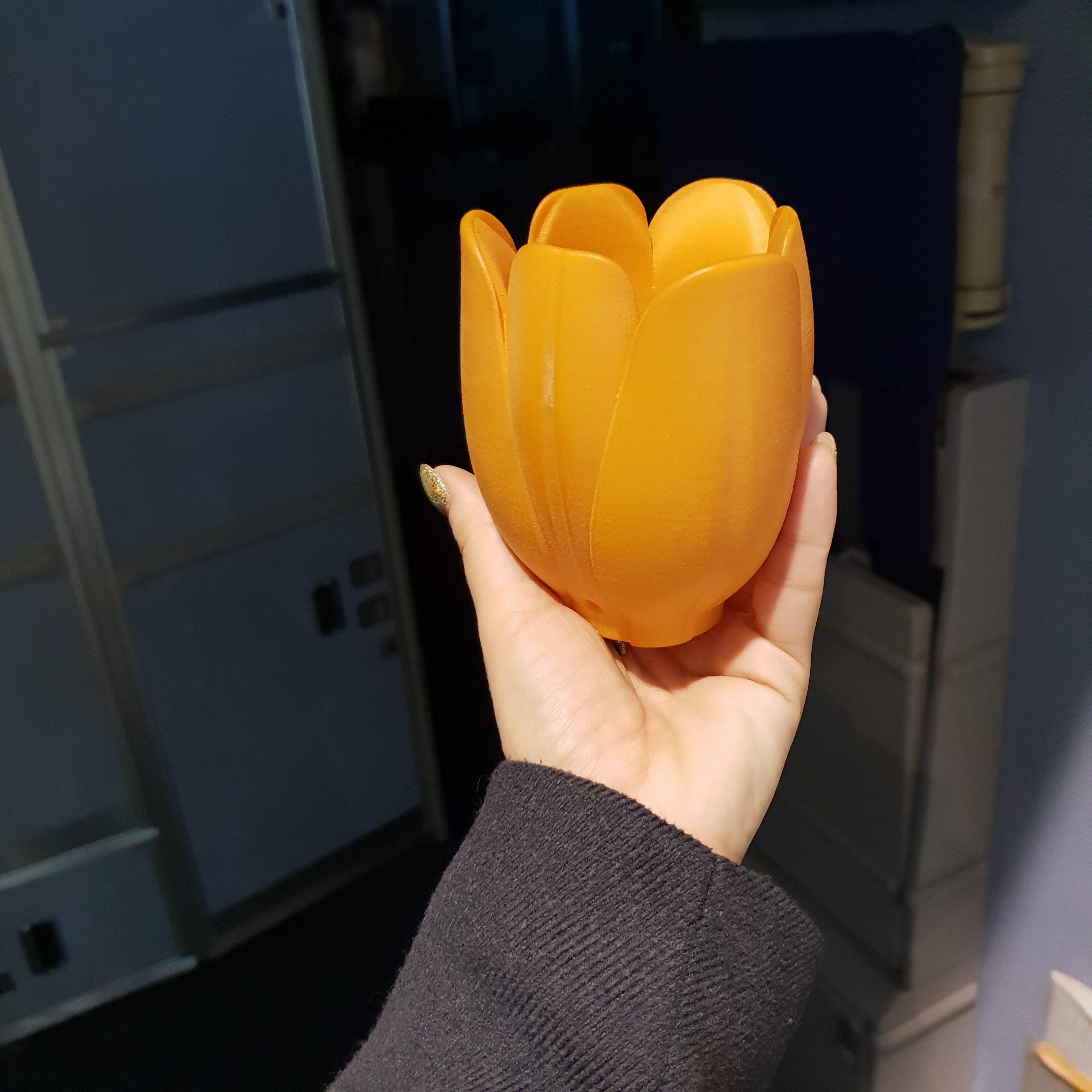 Ebu, one of the involved engineers said: “The desired organic form was difficult to achieve. The first tulips looked like a crown, thereafter it looked like an onion, and we had also a few which looked like a tea light holder.”

Since KLM is not a manufacturer the soap bottle needed to be made by a 3rd party with the EASA (European Aviation Safety Authority) approval. This approval covers all of the requirements and questions that an item has to comply with in order to be installed in the cabin. This meant that KLM had to send the order of the final design to the manufacturer who made sure that the tulip bottle holder was suitable for the cabin of the aircraft. 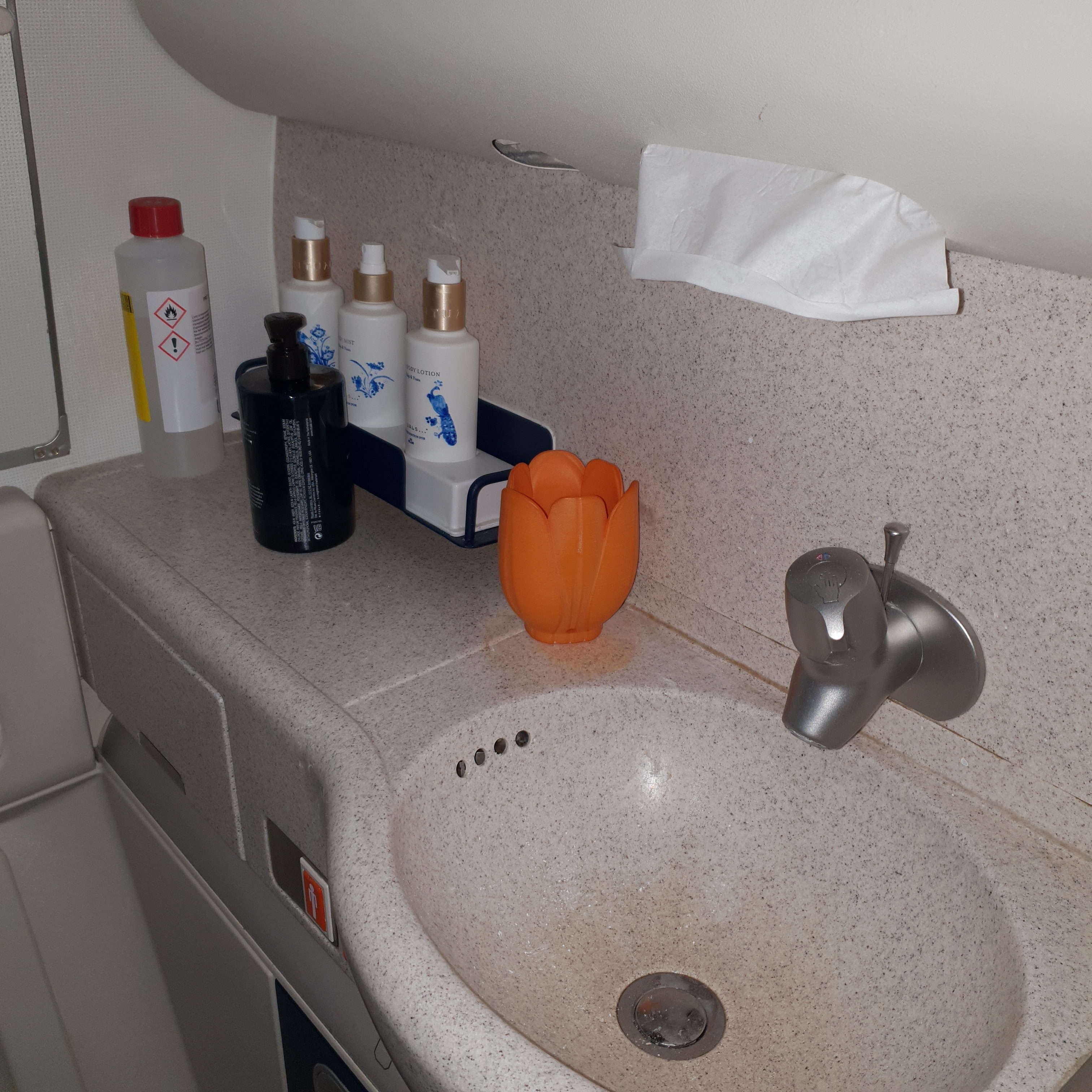 The great news is that the Orange Tulips are now in the testing stage. The installation is in progress. But do not get too excited, these very exotic and rare flowers can only be spotted on the Orange Pride Boeing 777 (PH-BVA) lavatories. If they will be blooming across the whole fleet still needs to be confirmed.  Who knows, to be continued…