Ever wondered if a plane can taxi backwards? Or if the cockpit windows can open? Well, to be honest, I haven’t either. But luckily, we’ve got super curious passengers that ask us all kinds of fun questions. Time to find the answers to five aircraft mysteries you and I were wondering about!

Airplane mystery number one! Find row 13 in any of the seat maps. Don’t hold your breath though, as we don’t have a row 13 in any of our airplanes. So if you see seat 13B on your boarding pass for your flight in an Embraer 190, you’ve got a bit of an issue. What happened to row 13? Some people have a pretty negative association with that number so we decided to just skip it. Black cats are allowed on board though. Don’t worry.

Have you ever had a good look at the KLM seat plans? They look pretty logical, right? A passenger wondered why there was no seat B in some of our planes. This is indeed the case in some of our smaller aircraft with two rows of two seats. For instance, in the Fokker 70 and Embraer 190 or in some Business Class cabins, you’ve got seat A and C and D and F only. This is done (not only at KLM but pretty much worldwide) as seat A is recognizable as a window seat and C as an aisle seat, especially for frequent flyers who know cabin layouts by heart. I’ve also never spotted a seat I (I as in India), probably because seat 11I would be a bit confusing for people and computers, wouldn’t it?

Hey KLM, can a plane taxi backwards under its own power?

I’ve spotted this question a few times. Can a plane drive backwards on its own, for instance, during taxiing? Interesting question, right? Most aircraft can drive backwards using their reverse thrust. On jet aircraft, this is done using thrust devices that block the blast and redirect it forward. There are some ways to achieve this, but as I didn’t study engines, so let’s leave it at that, thanks. ;) 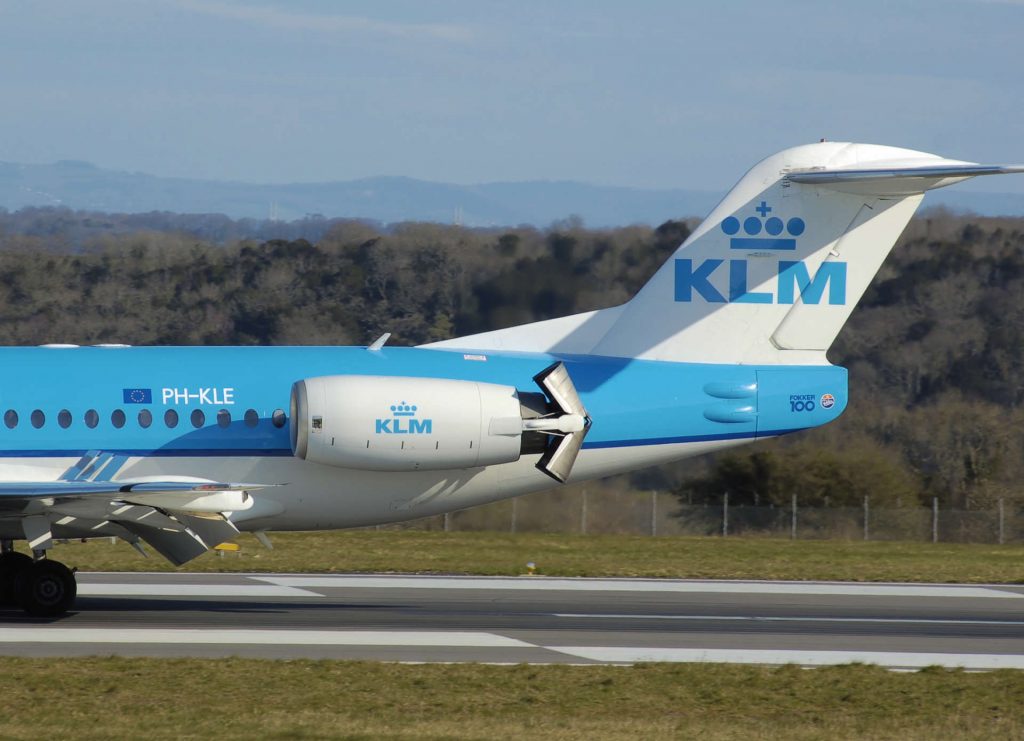 At some airports in the US and in the military, using reverse thrust during taxiing is still a common practice.  However, we do not use reverse thrust for taxiing due to environmental considerations (fuel, loads of fuel) and we’d like to minimise noise pollution (noisy engines are noisy). A so called “powerback” wears on the engines and the reverse propulsion sucks all kinds of things directly into the engine’s combustion chamber, which is not ideal. Plus, I think the crew on the tarmac also appreciates not being blown away. So that’s why we use the push-back procedure with awesome tug drivers like Harrie en Heino. Oh, and there’s also no rear-view mirror and reverse beeping sound of course. ;) Beep beep beep! 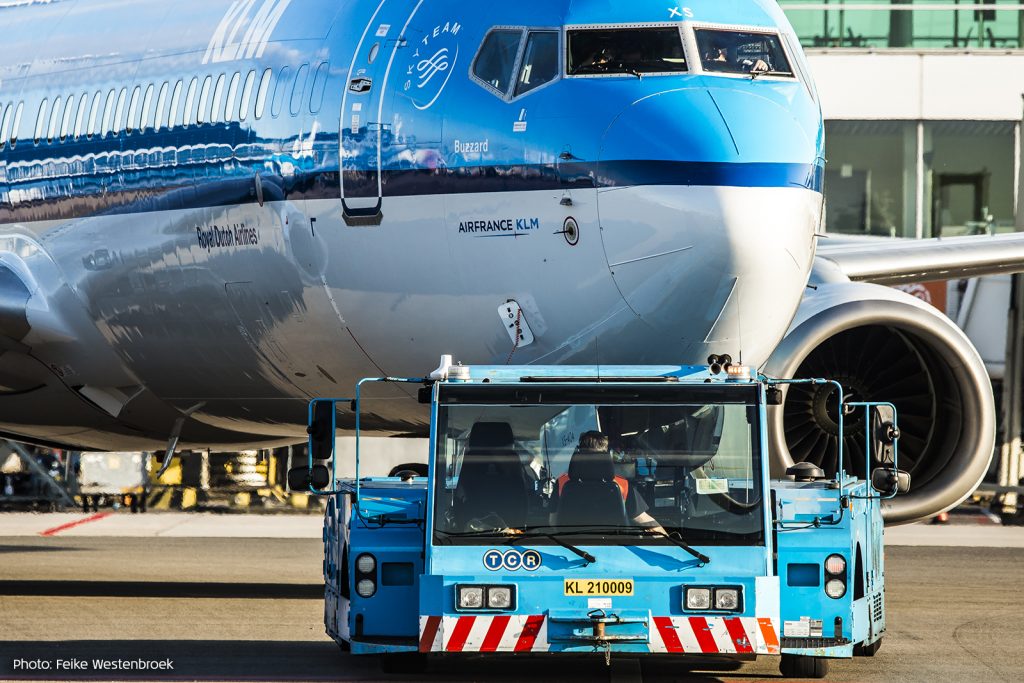 Wipers? On an airplane?

“Hi KLM Random question, but why do the cockpit windows have wipers and why do the windows open?”

Cockpit windshields have wipers for obvious reason – they wipe away water or snow! As pilots need a clear view, the wipers clear the windshield of water in case the airflow doesn’t do this during takeoff or landing. I can imagine the wipers are extra handy during happy events where aircraft are welcomed by fire trucks, blasting (sometimes coloured) water on the plane during taxiing. The wipers can move independently, to reduce the chance that both wiper systems will be down simultaneously. On a Boeing 737, the wipers have three settings: interval (6/7 sweeps a minute), low (160 sweeps) and high (250 sweeps). Non-functioning wipers can be the reason for a “no-go” when heavy rain is expected during take-off or landing, so they’re essential!

By the way, most aircraft nowadays have a hydrophobic (“scared of water”) coating on their windows. This coating is as afraid of water as I am of clowns. Just… no. The coating affects the surface tension of raindrops and creates a kind of see-through film on the windscreen which is super beneficial for the pilots’ ability to see. 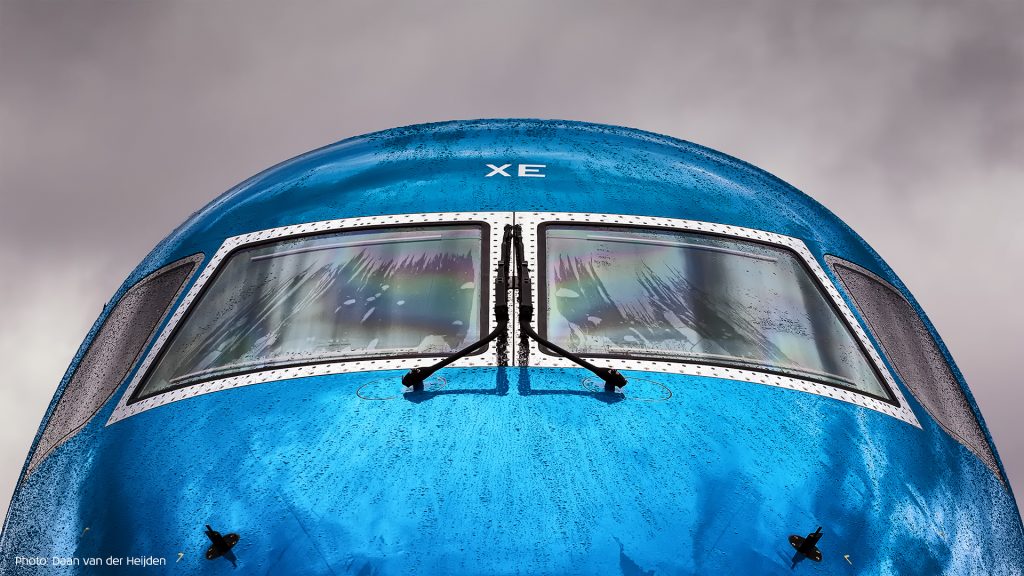 Not every window in the cockpit can open. For example, in a Boeing 737 only two of the six windows can slide backwards. The fact that they can open is mainly to serve as an escape route for the pilots if the usual access door can’t be used. That’s why an escape strap is also mounted above these windows. The open window also allows communication with platform staff. Oh and of course, it allows for a breath of fresh air (uhm, not at 10,000 feet, of course!). So basically, it’s handy for ground operations. The windows are locked securely, so you don’t have to worry about them opening when they shouldn’t.

Did you like this blog? Then you might find this interesting: 10 Myths and Facts about Flying That Will Surprise You

Does this blog look familiar to you? Yep, that’s right. We’ve posted this story in July 2017. So this actually is a repost. But it’s too good not to be reused, right? :-)

Some people have no problem falling asleep during a flight. They’re already well on…

Who doesn’t love a good movie? Nothing to take the edge off a stressful…

Aircraft and lightning? That sounds pretty hair-raising, but did you know that lightning strikes…

Who doesn’t enjoy getting a letter through the letterbox? For many, an old-fashioned card still…